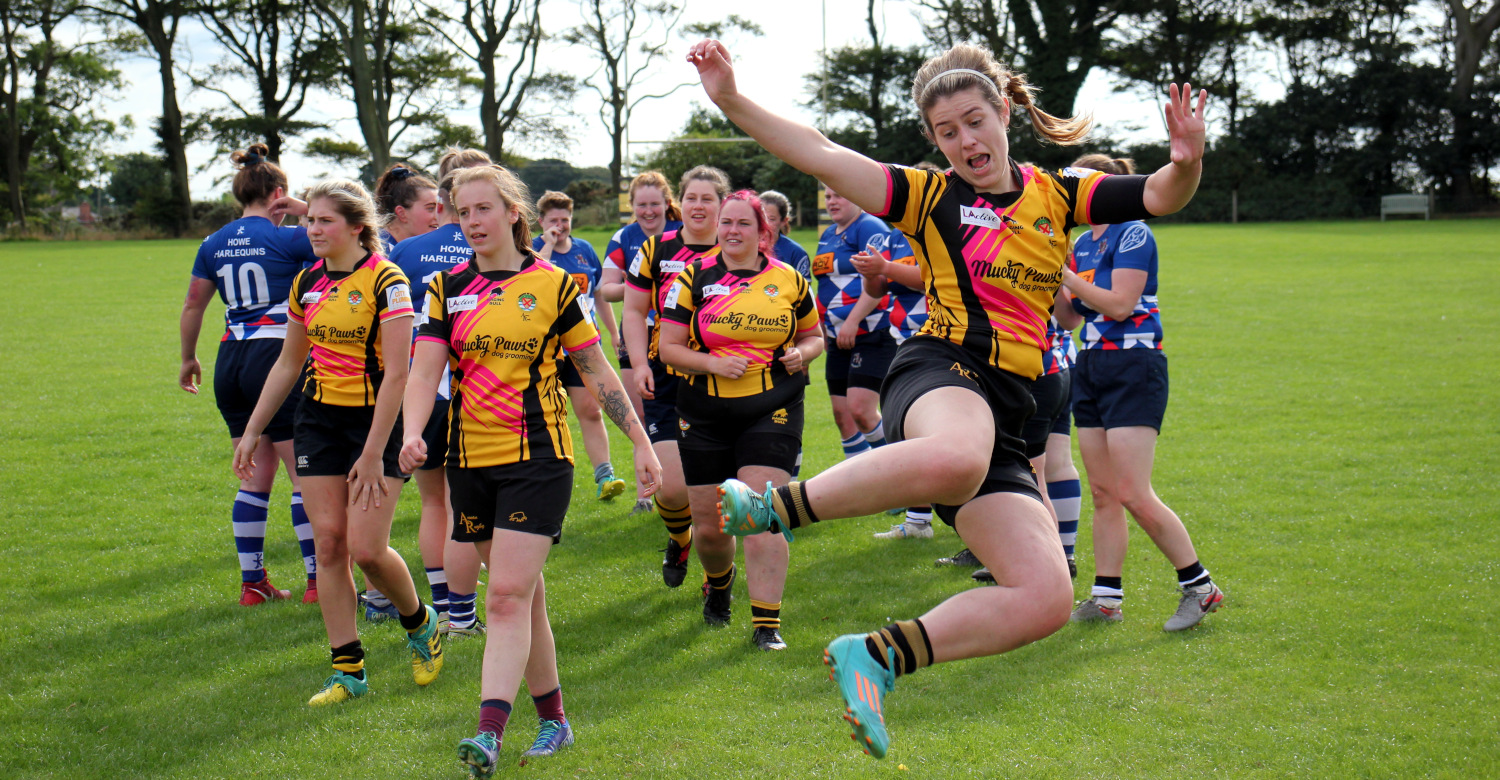 LOTS OF TEAMS IN ACTION THIS WEEKEND

Plenty of rugby action this weekend at Violetbank and beyond.

It all kicks off on Friday as the U14-U18 Girls make the short trip to Stewartry, while on Saturday and Sunday the 1st XV, U14-U18 Boys and the Warriors are all in action.

Currently the 2nd XV do not have a match after Saturdays opponents Dalziel unfortunately dropped out of the league but at the time of writing, a fixture is being sought.

U14-U18 GIRLS OFF TO STEWARTRY ON FRIDAY

STOP PRESS: A great evening of rugby was had by all – Match Report Now Online

The rugby weekend starts this week on Friday as 3 squads of U14-U18 Girls take the short trip to the Greenlaw to take part in a Girls Rugby Festival. All starts at 6.30pm.

Why not start your rugby weekend with supporting the Girls.

1ST XV AT HOME TO CARRICK

The 1st XV got off to a great start last weekend with an opening league away win against Cambuslang and this Saturday the men will be hoping to continue that form when they host Carrick at Violetbank.

Annan does not have a great record against the Ayrshire club though having won just thrice in 10 previous meetings. Annan last win v Carrick was in 2016 at Violetbank. Annan winning 18-17 that day. The teams last meeting was back in 2018 when Carrick ran away 72-14 winners.

A lot has changed though in the last 3 years, with Carrick promoted then requesting relegation at the end of the 2019/20 season back to West 1 and Annan will have a squad where a large percentage of the players have yet to face Carrick.

Should be a cracking contest with Carrick also winning their opening match, so two (albeit after only 1 match!) 100% records on the line on Saturday.

Kick off: 3pm at Violetbank

2ND XV LOOKING FOR A MATCH

STOP PRESS: The 2nd XV will not be playing this weekend.

At the moment, the 2nd XV do not have a match but one is being sought so keep an eye online for updates later on in the week.

U18 BOYS ON THE ROAD TO ARDROSSAN

STOP PRESS: Due to player unavailability for a number of reasons, the U18 Colts match tomorrow away to Ardrossan has been postponed. Hopefully will be rearranged to a later date.

The U18 Boys are back on the road on Saturday as they travel to Ardrossan in their latest Development league match.

The U18 Boys have lost their 2 opening matches but it must be remembered that so far the teams they have faced have been combined teams from a number of clubs so it’s impressive that Annan can finally put out an U18 squad on its own after a number of years.

Bus leaving Annan Academy at 9.45am for the 1pm KO

WARRIORS FIRST AWAY TRIP OF THE SEASON

STOP PRESS: Tough day at the office as the Warriors go down heavily to West of Scotland Ladies – Match Report Now Online

The Annan Warriors continue their Division 1 league campaign with a match against West Of Scotland on Sunday.

After 2 loses at home, the Warriors will be wanting to get their league season back on track with a win against newly promoted West of Scotland Ladies.

It will be tough though as West of Scotland are sitting top of the league after last weeks big win against Ayr Ladies.

The teams have only met once, in the SRU Plate competition, back in 2020 just before Covid hit. The Warriors won that day 33-15 so will be hoping for another repeat performance on Sunday.

STOP PRESS:  Great day of rugby as teams from Carrick, Moffat and Stewartry took the field.

U14 Tigers had 3 x 20 minute games with Stewartry and Moffat. Players shared across the games to make up the numbers. Some great rugby action over the 3 matches.

The U14 and U16 Boys are both at home on Sunday as they continue their West Development league fixtures.

The U16 Boys are taking on Carrick while the U14 Boys are hosting close neighbours Moffat Rams.

You know have your Sunday afternoon rugby fix sorted!

P1-P7 TIGERS HAVE THE SUNDAY OFF

The P1-P7 Tigers have the Sunday off after their great showing last weekend.

The Tigers next tournament is on Sunday 26th September when they host friends Dumfries Saints at Violetbank.