WHO ARE ANNAN RUGBY?

We even have the Grizzlies that play once a year, so even if you have “retired” from rugby, there’s still a team for that one last match (or 10 minutes at least!).

So whatever your age, Annan Rugby has your rugby playing/watching needs covered!

Don’t Mess With The Tigers #Grrrrr

The 1st XV currently play in Tennent’s West Division 1, the Warriors in Tennent’s National 1 and the other 8 teams play in a mixture of league or festival rugby tournaments around Scotland and beyond (well North of England! #EuropeanTours )

It’s all go at Annan Rugby!

OUR CLUB VISION AND MISSION.

To develop a sustainable club, in terms of our facilities and financial independence, to allow us to grow in line with the demands of an increasing and diverse player base.

To strive for a club that is inclusive to all that want to be a part of it – everyone counts.

To provide a positive, respectful, safe and enjoyable rugby experience for all, through the One Club ethos. 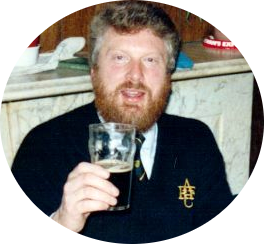 If you are already a player or member – lovely. If not, but fancy trying some rugby (we have a place for any skill level/experience) or lend a hand as a coach, referee, volunteer, driver, cook, supporter – then the more the merrier.

Want to try rugby but not sure if you will like it? We have you covered, as you or your child can attend numerous training sessions to decide if joining the club and playing rugby is something you would want to do.

Annan Rugby is a community club so if you are experiencing hardship issues as a result of these unprecedented times, please talk to Club President Gary Coupland or a member of the committee in confidence.

Or if you would like to contact Annan Rugby for more information then please please call, email or give us visit. Come be a part of the most successful rugby club in SW Scotland.