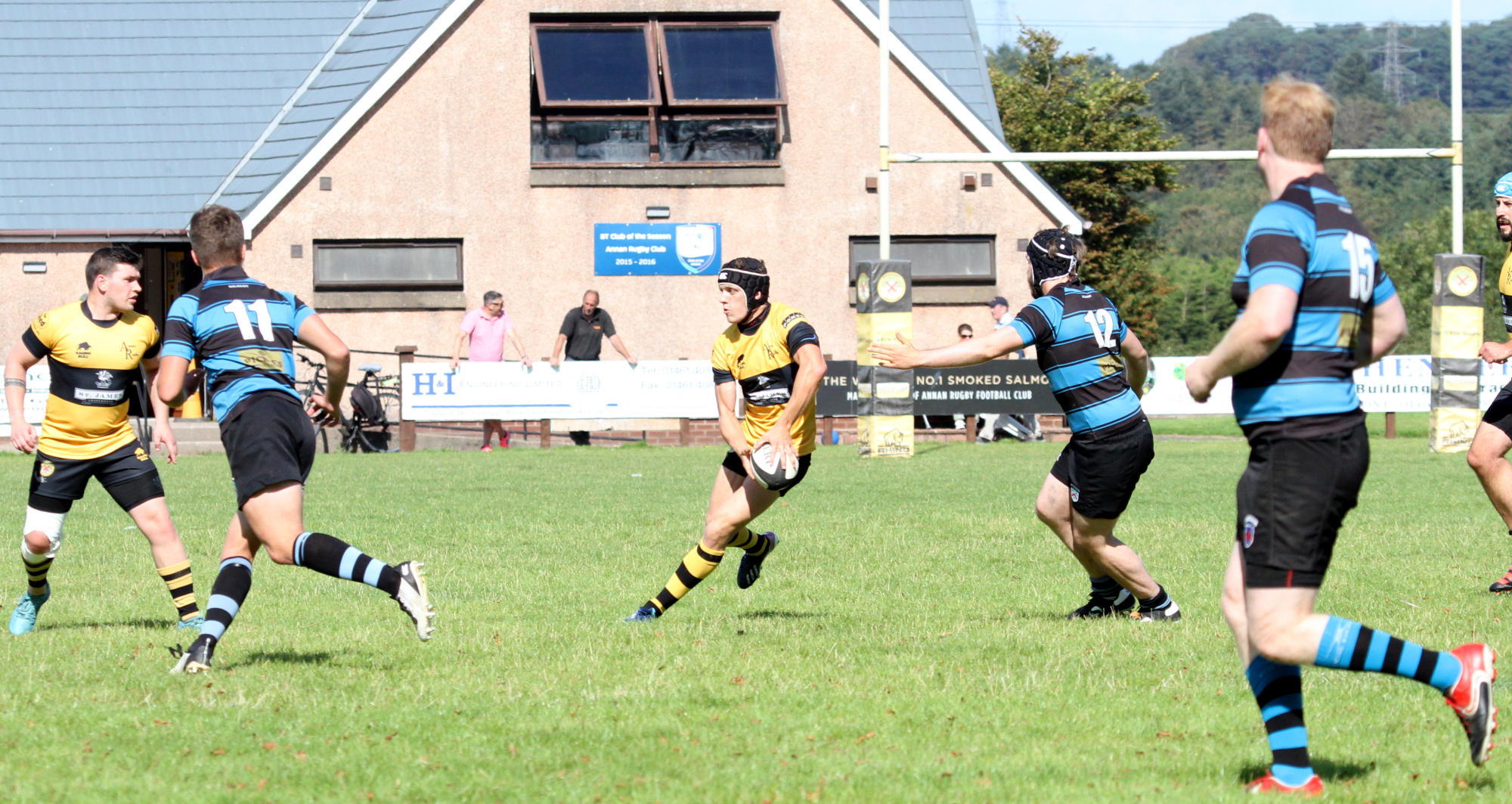 Walking Rugby and S1-S6 Strength and Conditioning Training continues on Monday. All welcome

Training continues all week for all ages.

The U14 Girls on Wednesday are training at Gretna FC

New players of any or no experience always wanted and welcome.

At the weekend we have 8 teams in action.

On Saturday the 1st XV host Carrick while to 2nd XV are on the road to face Galloway.

On Sunday the P1-P3. P4-P5 and P6-P7 Tigers are hosting teams from Langholm and Carlisle.

The U14 and U16 Boys are hosting Carrick and Stewartry respectively while the U14 Girls are off to Egremont.

Best of luck to all the teams

1ST XV AT HOME TO CARRICK

The 1st XV entertain Carrick on Saturday at Violetbank in their latest league match.

The 1st XV have had a bad run of games recently, losing heavily to Garnock, Cumnock and Stewartry. These 3 teams are currently in the top 4 of West 1 and will all be vying for the potential 2 promotion spots.

Carrick, like Annan, will not be in the promotion mix and both teams are just aiming to consolidate their season and avoid the dreaded drop to West 2.

The teams met earlier on in the season in the Shield when Annan ran out convincing winners. Since then both teams have struggled to put any kind of results together in the league. The only plus point for Carrick in their 8 straight league defeats is that they have ran the other teams to closer score-lines than Annan managed to.

This match will be a closer affair than their earlier season Shield match and for Carrick it’s a match they have to win to kick start their push to get away from the bottom of the league.

For Annan, if they want a top half finish they need to get back to winning ways.

Whatever happens on Saturday, the losing team will have chance for quick revenge as the return fixture is the following Saturday at Maybole.

Kick off 2pm at Violetbank

2ND XV ON THE ROAD ONCE AGAIN

The 2nd XV travel the short distance to Castle Douglas on Saturday as they face Galloway 2nd XV.

With all the travelling the 2nd XV have had to do this season it will seem almost like a home match!

For the record, the 2nd XV have 2 more matches before the “split” with away trips to Carrick and then Kilmarnock at home the following week.

The 2nd XV squad have not had much luck with home matches being played this season but it is hoped the split might bring a couple more teams down to Annan.

The 2nd XV will want to be in the top half of the league at the split as this will include teams that have fulfilled the majority of their 2nd XV matches. If the 2nd XV end up in the bottom half then the chances of any of the teams travelling to Annan (or any matches being fulfilled) is most unlikely!

So big derby match for the 2nd XV on Saturday with lots at stake.

For the record only 13 of the 40 matches so far have been completed this season.

Kick off 2pm at Greenlaw

STOP PRESS: The U14 Boys match is OFF as Carrick can not raise a team.

The U14 Girls go down fighting to Egremont Girls losing 9 tries to 3. Match report – Now Online

The U16 Boys lose to a big Stewartry side 53-12. Match report, with photos and highlights – Now Online

Busy day on Sunday as 6 teams are in action with 5 at Violetbank.

Also at Violetbank the U14 Boys take on Carrick and the U16 Boys have a local derby match v Stewartry. Both matches kick off at 2pm

While on the road the U14 Girls cross the border to face Egremont Valkyries. Kick off 1pm

Best of luck to all the teams on Sunday