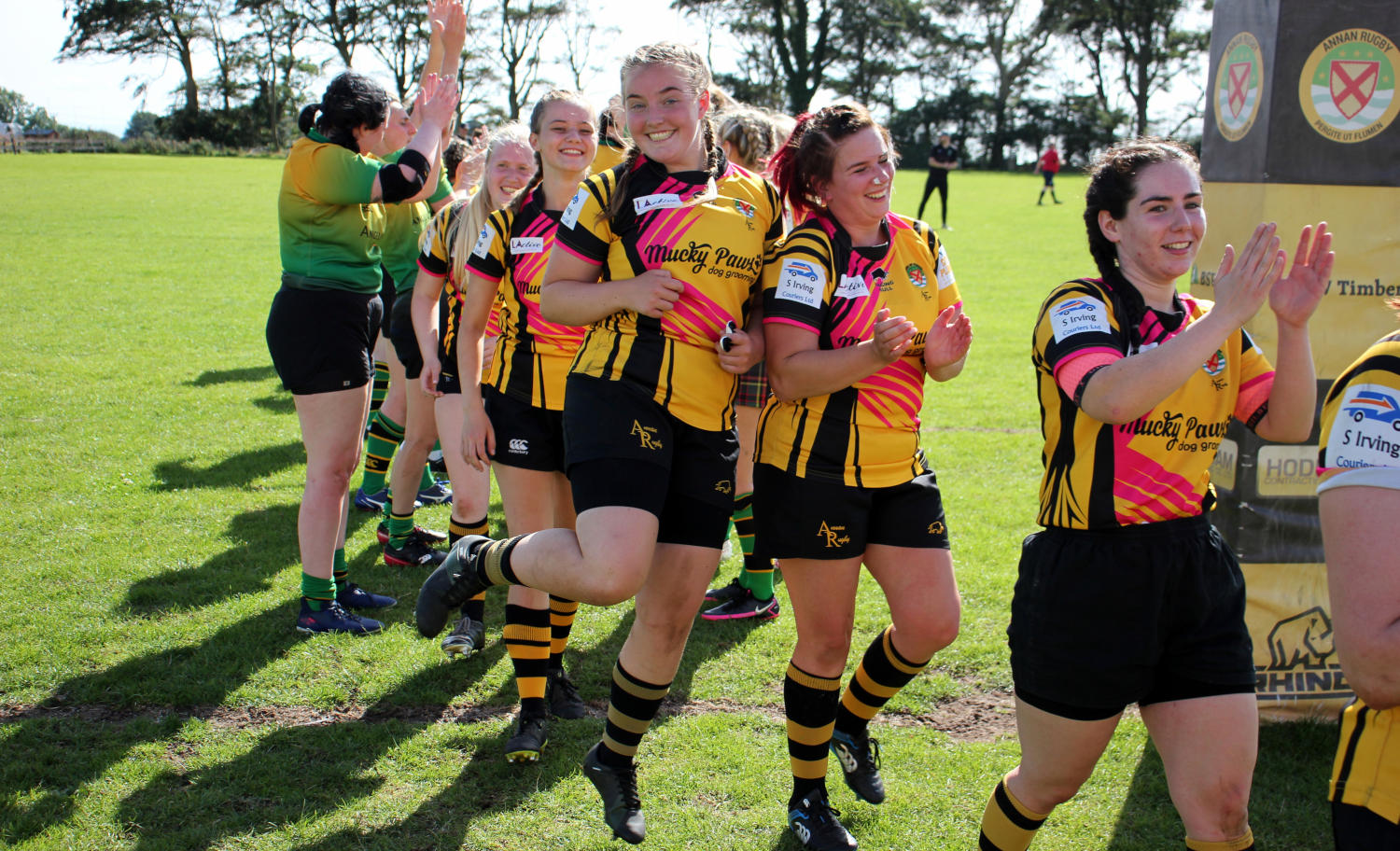 Training for all age groups is on all week. Including the P1-P7 Tigers whose training restarts this Friday

At the weekend we have 5 teams in action – 4 at Violetbank.

On Saturday the 1st XV host Carrick in the National Shield while on Sunday the U18 Girls, U16 Boys and Warriors are at at home while the U14 Girls are on the road to Carrick.

Annan now enter the 2nd round of the Tennent’s National Shield – travelling to East Kilbride on the 29th October – a team Annan face next week also away in the league!

Carrick have their chance for revenge as they are back at Violetbank the week after on the 10th September. Enjoy your shandies lads!

Match report and photos from the match – Now Online

The 1st XV 2022/23 season starts on Saturday as they host fellow West 1 side Carrick in the 1st round of the National Shield.

The Shield competition is slightly changed this year with regionalised matches until the 3rd round when its goes National.

If the Annan men get through an always tough and multi National Shield winning Carrick then would then travel to East Kilbride in the 2nd round.

Last year Carrick were in a rebuilding phase as unfortunately the better you get, you sometimes lose players to bigger teams.

The teams met last year in the league with Annan winning the home match convincingly but Carrick doing the same in their home match.

In the Shield, the teams have met twice – unfortunately for Annan it was during Carricks treble couple run and Carrick won both.

As always the first competitive match of anew season is always intriguing to see how the teams have improved from last season.

Whoever wins this match though wont have long for revenge as the teams meet 2 weeks later, again at Violetbank, but this time in the league.

Should be a cracking match.

STOP PRESS: Alas Oban Ladies can’t raise a team to travel so Annan to the match is OFF

On Sunday there are three matches on at Violetbank. The last of the three is at 2pm when the Warriors host Oban Lorne Ladies

The Warriors had a great win last week against Bishopton Ladies but the team from the Highlands will be a step up from that match.

Oban Lorne had a thumping win last Sunday and will no doubt be wanting to continue that winning feeling,

The Warriors will of course be wanting exactly the same!

At home the teams have met twice over the years with the Warriors coming out on top in both. The last meeting was back in 2017 so both teams will be filled with players that have never played each other.

For the Warriors that is definitely the case with 7 players in the squad last weekend playing their debut Warriors match and only 4 Warriors with previous Oban Lorne playing experience.

Early days in the league but a win for the Warriors could put them top outright but this is a game that could easily go either way.

Best of luck to the Warriors on Sunday

The U18 Girls match is OFF. Dumfries unable to fulfil fixture.

The U14 Girls had a great win over three 20 mins matches. Scoring 29 tries to Carricks 12. Well played Hornet.

The U16 Boys had a tough day at the office going down to a well drilled Ardrossan team – onto the next one lads!

On Sunday three teams are in action.

At Violetbank the U18 Girls start the day off with a 10am kick off against local rivals Dumfries while the U16 Boys kick off their home match at 1pm when they entertain Ardrossan.

Both matches will have the future of Annan Rugby on show so well worth getting along if you can and show your support.

Last, but by no means least, the U14 Girls are on the road to Carrick. A chance for Annan to do the double over Carrick this weekend or Vice Versa! Kick off TBC