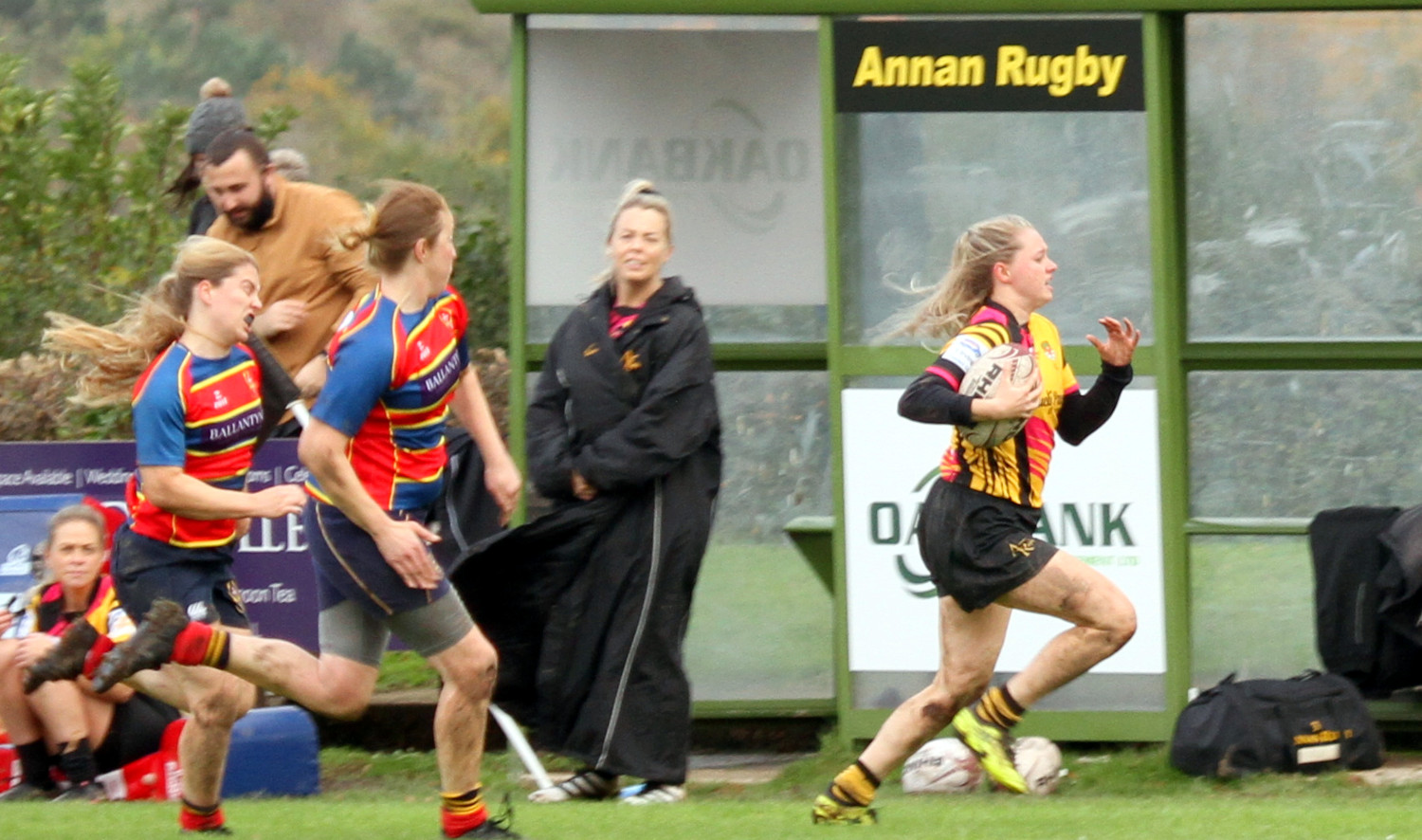 6 TEAMS IN ACTION THIS WEEKEND

Last weekend was a mixed bag for the senior teams with the 1st and 2nd XV’s losing to Stewartry and East Kilbride respectively but the Warriors getting their first league win of the season v Broughton Ladies.

The U14 Boys had a great match against Stewartry Sharks while some of our U18 Girls were involved in the Biggar Girls v Stirling County Girls match and put on a great display of rugby despite being on the losing side.

This weekend we have 6 squad in action

On Friday, the Warriors are off to Stewartry for an evening match, on Saturday the 2nd XV are travelling to Cambuslang and on Sunday the U14-U18 girls squads are away to Ayr while at Violetbank the U14 Boys host Carrick.

Plus the Scotland match will be on at 17 Bank Street. Door open at 2pm for the 2.30pm KO. All welcome

STOP PRESS: Due to the current weather conditions, the Warriors match has been POSTPONED

The Annan Warriors travel to Castle Douglas on Friday for a match against promotion chasing Stewartry Sirens.

After their great win last Sunday v Broughton Ladies, the Warriors will travel with renewed hope that they can take something from this match.

It will be a tough ask though as the Sirens are pushing for promotion and the Warriors have never beaten the Sirens in a competitive match.

The National Division 1 league has more or less split into 2 mini leagues with the 4 bottom half teams all playing to avoid the drop while the top 4 are all playing for promotion.

The Warriors still have 5 match to play against the 3 other bottom half teams and 4 against the top 4 teams.

Any points won against the top 4 teams will be a bonus but if the Warriors play like they did on Sunday on Friday there is no reason why the Warriors can’t add to their points tally.

For the record – Warrior Jane Stewart is now on 99 tries for the Warriors in just 56 appearances. So will be going for number 100 on Friday! Best of luck Jane

Edit: Alas Jane is unavailable for the Sirens match

Match kicks off at 7.30pm at the Greenlaw.

THE 2ND XV ARE OFF ON THE ROAD…..AGAIN

The 2nd XV are off to Cambuslang on Saturday in their latest West 3 (South) reserve league.

The 2nd XV have been unlucky on their away trips so far with the last 2 matches coinciding with the opponents teams 1st XV matching being off resulting in the opposition 2nd XV getting a wee “boost”.

This season the 2nd XV have only won one match but are hopeful on Saturday that they can take something from Cambuslang, who have only played 2 matches so far this season but have had similar results to Annan when playing Marr 3rd XV and Cumnock.

Last Saturday, it has to be noted that Ian “Tam” Thorburn played the full 80 minutes. An amazing effort from the Annan Legend.

Match is currently scheduled to kick off at 12.30pm

YOUTH TEAMS AND PLAYERS IN ACTION

STOP PRESS: Unfortunately the U14 Boys match & the U14-U18 Girls trip to Ayr have been CANCELLED

The U14-U18 Girls are off to Ayr on Sunday to take part in the latest Scottish Rugby Girls Rugby Festival when girls players and teams come from all parts of Scotland to take part against and with each other.

The festival kicks off at 11am.

While the U14 Boys are the only team at home this weekend when they entertain Carrick at Violetbank.

Match kicks off at 12pm.

Whatever match you can get to, your support is, as always, very appreciated by all the players.