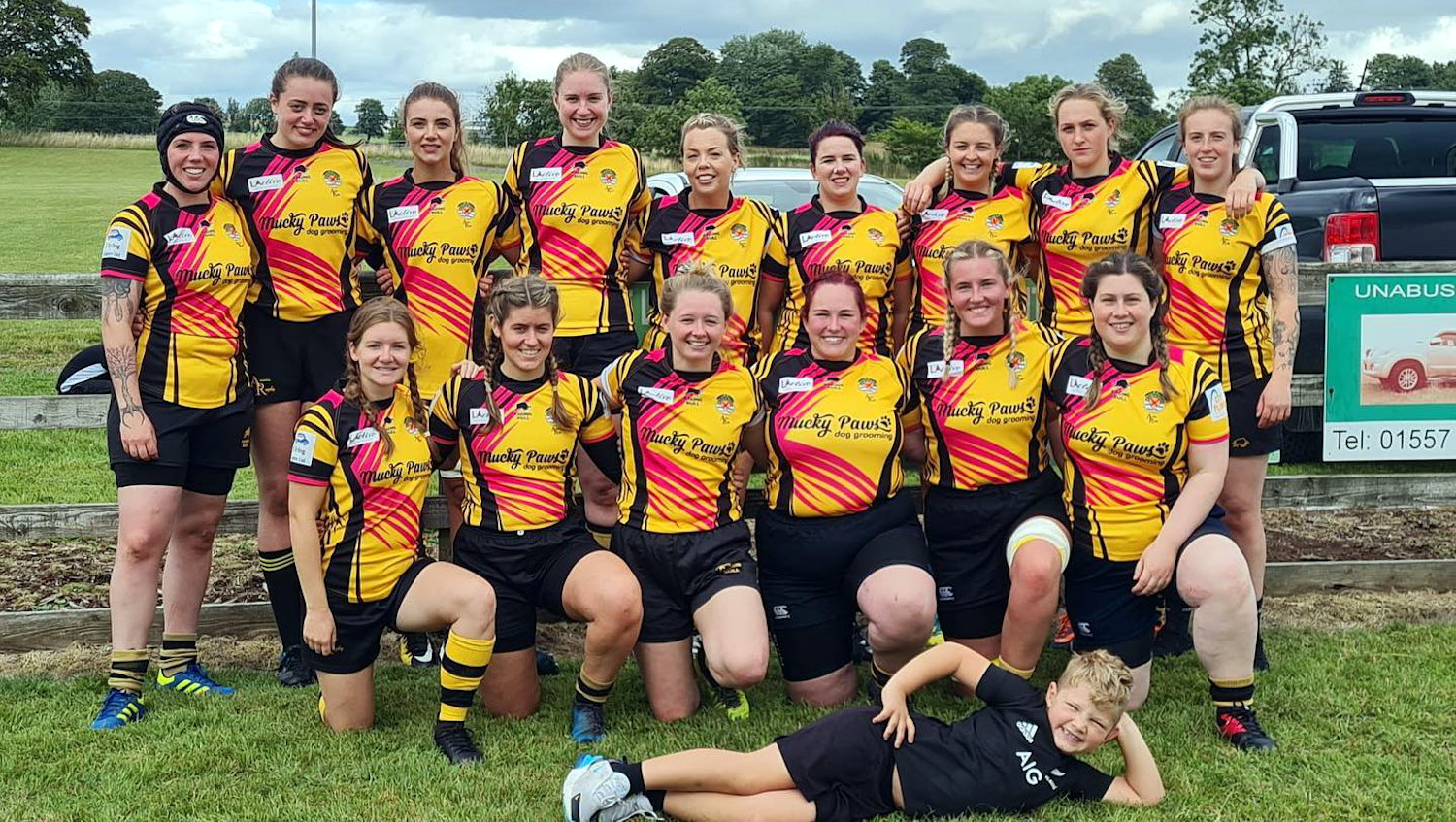 TEAMS AT THE INAUGURAL STEWARTRY TENS

For the women it was their first bit of competitive rugby for 560 days!

Game 1 was was versus the eventual winners Newton Stewart. Annan never got a foothold in the match and went down 24-0

Game 2 and the lads got their rugby act together as they thumped the hosts 26-0. The Annan tries coming from: Elliot Haley, Ryan Hetherington (2) and Ryan Glass.

Game 3 and the tries kept on coming as Cumnock were beaten 33-0. The Annan tries were by: Aaron Carmichael, Adam Torbett, Alex Halliday, Harry Houldey and Andrew Jancey

Game 4 and a tightly fought game but Annan eventually went down 17-5 to Wigtownshire. The Annan try from Harry Houldey

Both Annan and Wigtownshire were tied on points but with Wigtownshire having scored 2 tries more than Annan, Annan had to settle for the 3rd/4th play off against the hosts Stewartry.

Game 5 and Annan once again were too good for Stewartry – running out 19-7 winners. The Annan tries coming from: Ryan Hetherington (2) and Alex Halliday. It was a feisty encounter to say the least but the Annan men were happy to have beaten Stewartry twice with a 45-7 scoreline.

The Annan Warriors played in a round robin with 2 other teams – Wigtownshire Ladies and the Stewartry Sirens.

All 4 matches were close encounters but the Sirens edged their 2 matches 10-5 and 12-0 while against Wigtownshire Ladies, the Warriors came out on top 15-14 and 20-17.

The Sirens won their two matches against Wigtownshire and were crowned the champions with the Warriors in 2nd spot.

Some great rugby on show from all the teams and thanks to the hosts Stewartry for putting on a well run tournament.

Warriors after the tournament.

The Annan men are now off to Strathaven on Saturday for a squad match while the Warriors are off to Biggar Ladies on Sunday for a pre-season friendly.

FINISHED: 4TH SEPTEMBER: AN EVENING OF MUSIC
Scroll to top