Despite worries earlier in the week that the Violetbank Tournament might fall foul of the atrocious weather conditions the tournament organisers breathed a huge sigh of relief on Saturday that despite the weather forecast the entire day’s play took place in fine dry conditions.

With 3 teams calling off the original 8 team format was re-arranged to a 6 team format with Penrith added to the mix. The tournament was set up as a two league system with Group A consisting of Annan, Dumfries and Penrith and Group B Netherhall, Newton Stewart and Upper Eden.

First up in Group A was Dumfries and Penrith and in Group B Netherhall and Upper Eden. Dumfries put in a powerful performance against Penrith demolishing the Cumbrians 52 -3 with some fast flowing rugby.

In The other 1st round game in Group B Upper Eden came away with a close 7 – 3 win over fellow Cumbrians Netherhall.

Annan’s first game was against the powerful looking Dumfries squad and in a tense first half both teams put in some determined defensive work to deny each other an opportunity to score.

The second half unfolded in similar fashion until Annan centre Michael Griffin shook off a couple of tackles to bust up the left wing. He was tackled just short of the line but managed to pop the ball up to wing forward Euan Braid who crashed over to score the only points of the game.

Dumfries battered away at the Annan line in an effort to snatch victory but the Annan defences stood firm and denied Dumfries a score. Final score Annan 5 Dumfries 0.

In Group B Newton Stewart in their first game beat Netherhall 17 – 10 to effectively take Netherhall out of the equation for the final.

And in their second game Newton Stewart saw off Upper Eden 17 – 14 in a tense affair to take them to the final.

In Group A, Annan had to beat Penrith to reach the final and after taking some time to settle against the Cumbrians, who were in no mood to repeat their performance against Dumfries, Annan eventually stretched away to a 29 – 10 win despite a late come back by Penrith. This win set up a Annan v Newton Stewart final.

Before the final there was a no little matter of the 2nd and 3rd place cross group games. The two second placed teams in each league Dumfries and Upper Eden battled it out with Dumfries winning 29 – 7 and in the 3rd placed playoff Penrith saw off Upper Eden 17 – 7.

The final was a tense affair with Newton Stewart’s powerful forwards giving the young lightweight Annan pack some problems throughout the game. Winger Andrew Jancey broke the deadlock when he latched onto a loose ball to sprint in behind the posts to make the conversion easier for stand off Niall Smith. Half time score Annan 7 Newton Stewart 0.

The second half saw Annan having to defend their line on several occasions. It was only a matter of time though before Newton Stewart scored when from a lineout 5 metres from the Annan line the Newton Stewart forwards powered over to score in the corner. With the conversion missed and time running out Annan ran out winners only for the second time in their own tournament.

It was especially heartening for the Club’s coaches to see so many young players make their mark in their first 1st XV outings.

Annan Club President Don Barty said “” This was a useful pre-season workout for all the teams concerned and, obviously, we are very happy to have won our own Violetbank Shield.

Annan had six regular first-team players missing and it was really pleasing to see our fringe players slotting in to coach Paul Buckley’s game plans. With a bit more hard work over the next couple of weeks, both the 1st XV and 2nd XV should be in fine fettle for the start of their respective league campaigns.”

The Tournament was sponsored by TN Trawlers and Murray Bell.

Annan now have one more outing before their league campaign start on 30th August with their away game to RHC in Edinburgh which is a trial game against Carlisle next Wednesday (27th August) evening at Warwick Road. 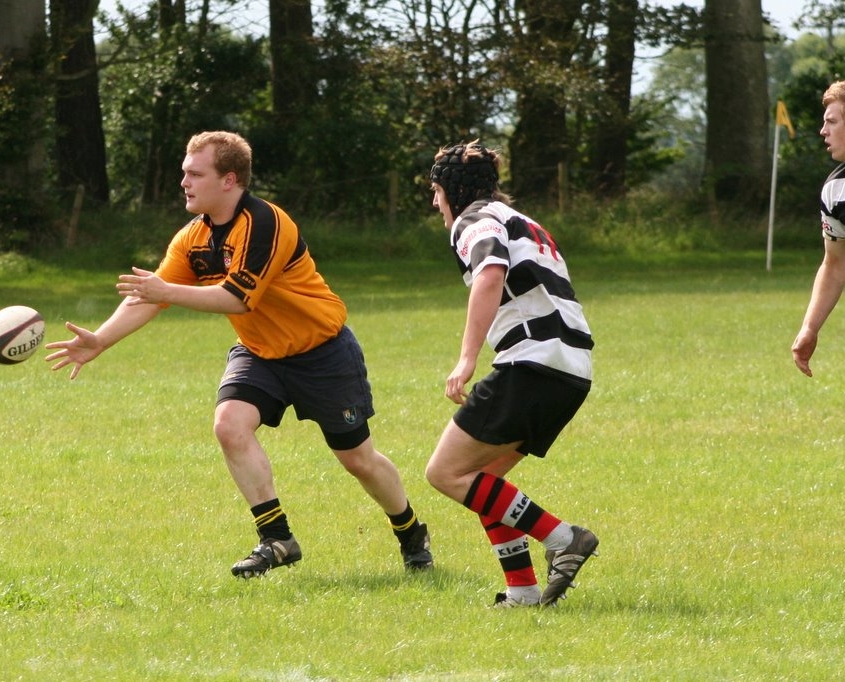 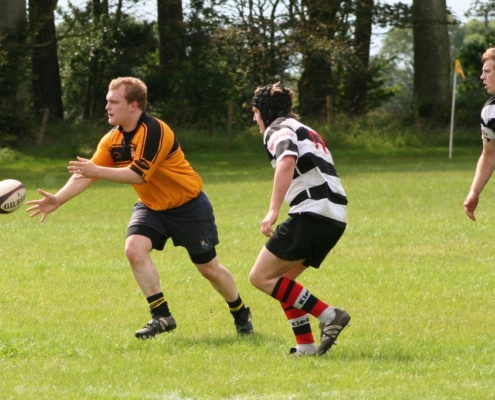 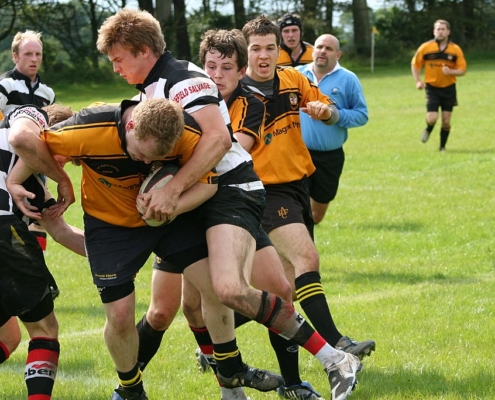 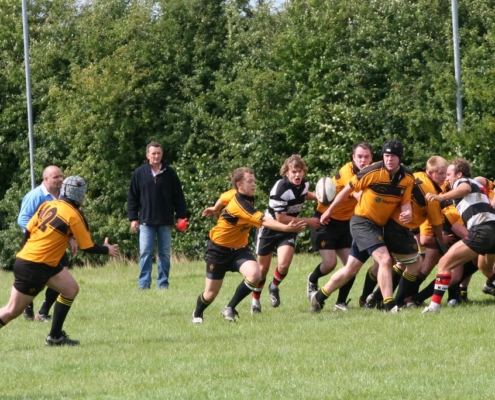 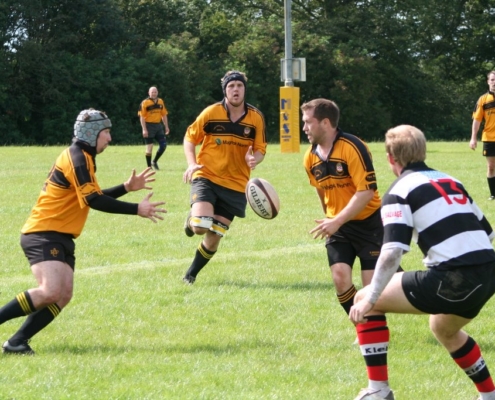 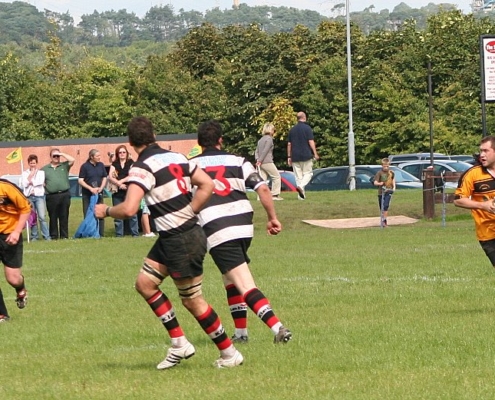 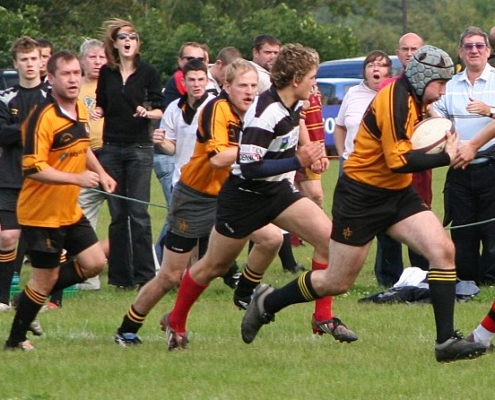 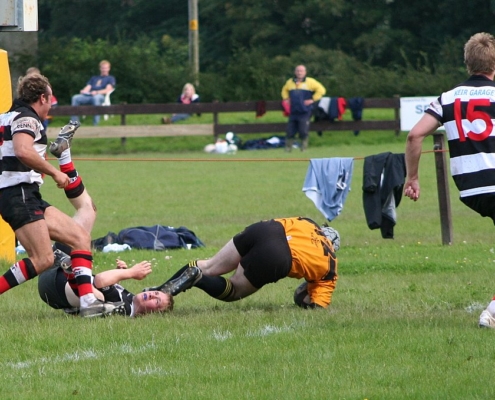 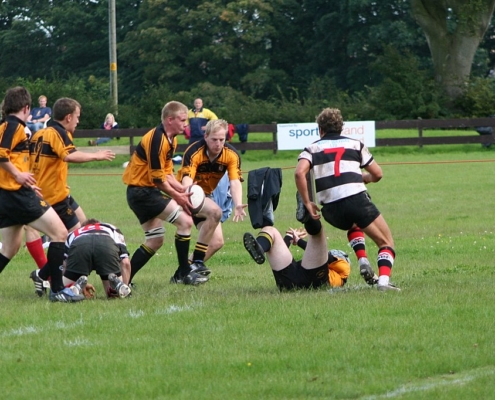 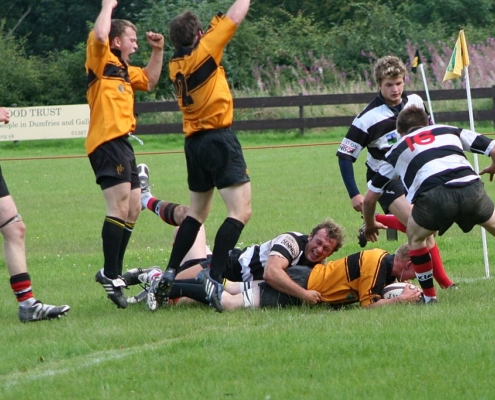 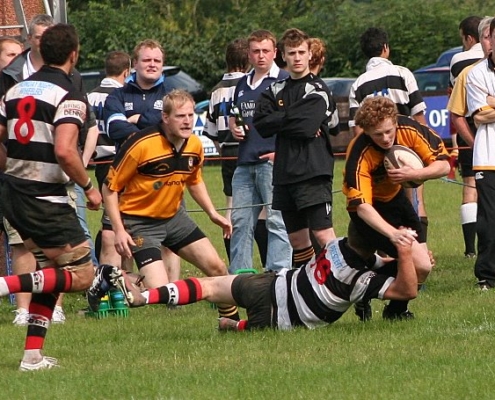 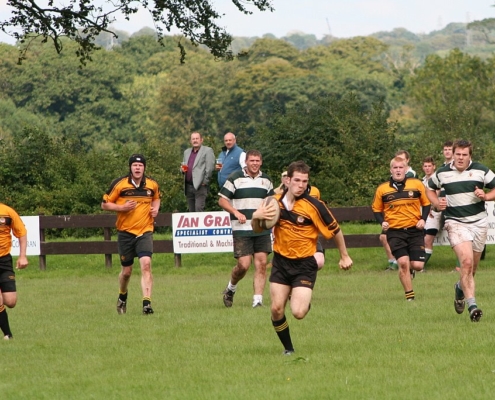 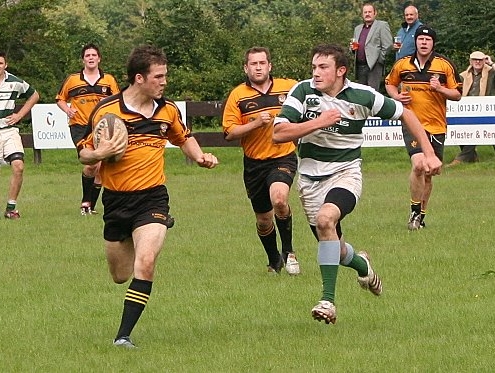 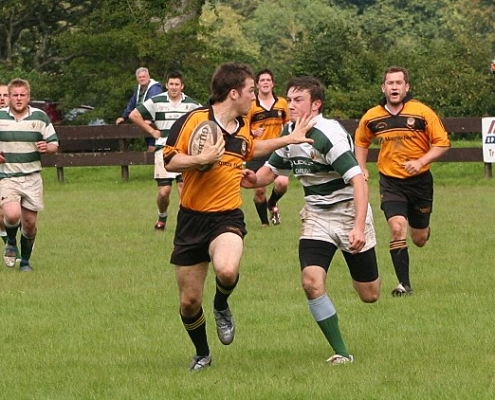 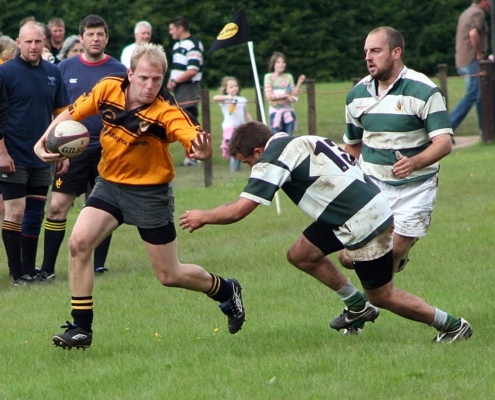 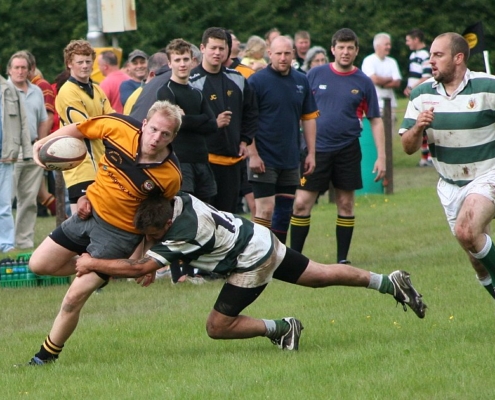 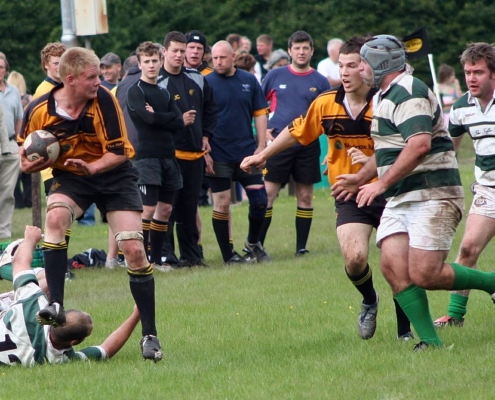 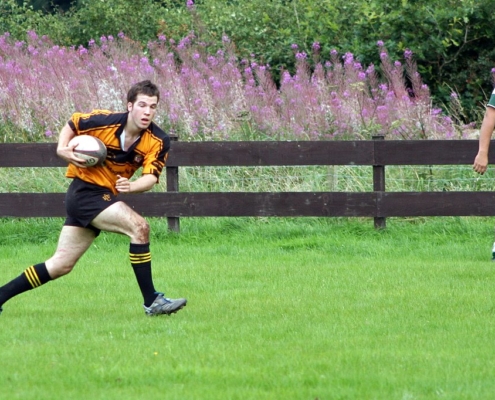 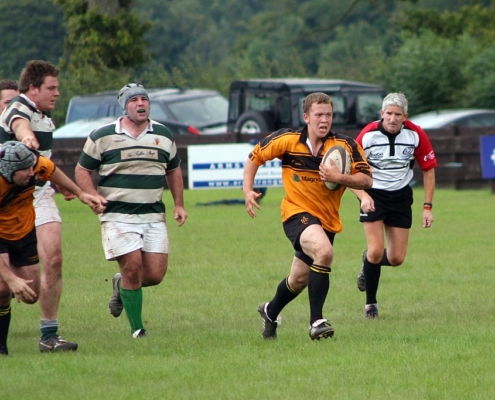 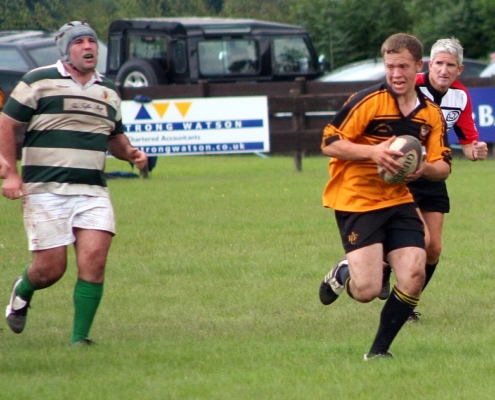 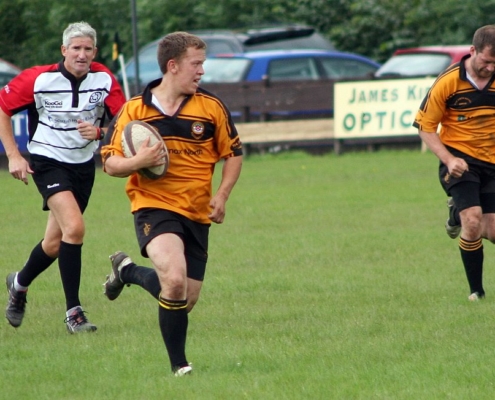 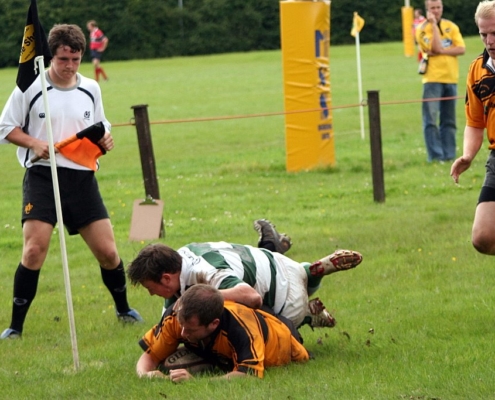 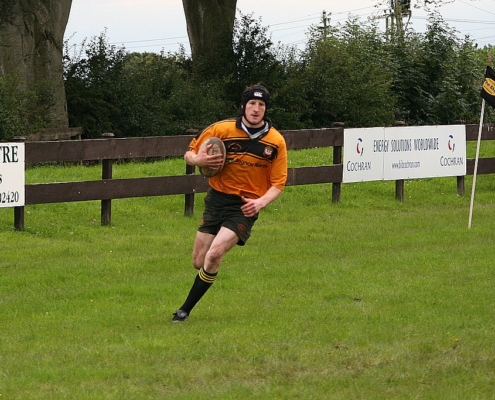 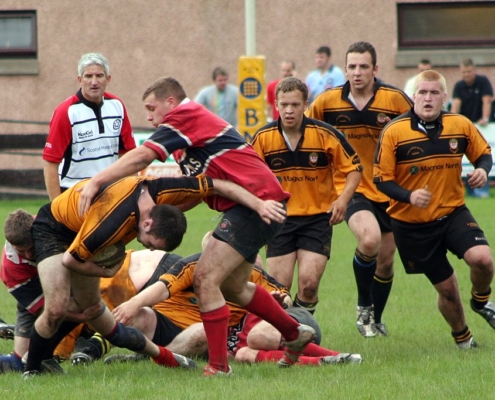 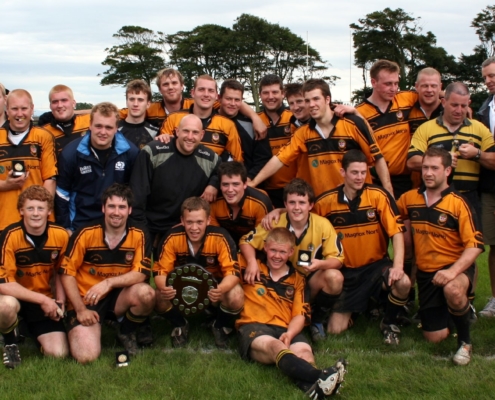 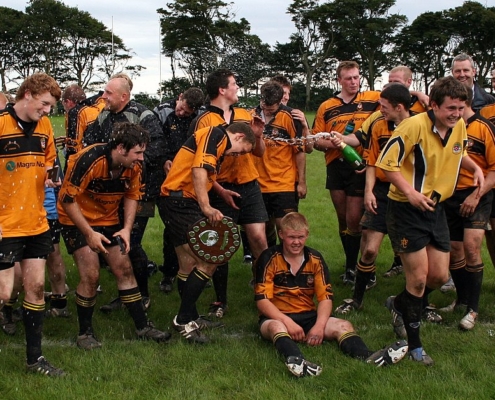