The most important aspect of this fixture was that it went ahead – two squads of keen young rugby players got a chance to run about and put some of their training and coaching into a game situation.  As it turned out, despite some strong tackling and good individual determination from the Shire lads, the Annan squad were too experienced and powerful for their hosts.

After a year without rugby, missing out on what was promising to be a season when the squad could benefit from the learning of the 19/20 season it is great that some games can be arranged and the team can gauge their progress.  Annan’s coaches challenged the team to build on their performance vs Stewartry and to go to the next level and use some of the passing skills they have worked on, on what was a beautiful sunny afternoon in Stranraer.

Annan started the first of three periods strongly but some stubborn defence and a tendency to go route one by Annan left the score blank until Indy Swan surged through to score under the posts.  Three more tries followed in the 1st spell (R Bell and 2 from C Kirk) with three conversions from F McMillan.

The second period saw regular tries as Annan opened up and played away from Shire’s stronger players and scored some good team scores through C Brown, F Court, R Bell, F McMillan, R Armstrong and E Watson.  The latter by Watson was a length of the field team try with great continuity and passing play. L Stevenson converted 2 of these and McMillan 1.  The hosts also scored a try when a kick through took an unusual bounce and evaded the Annan defence for the Shire winger to pounce.

The final period saw a further 4 scores from Annan with three conversions – E Hepburn claiming two, A Hamilton and L Stevenson the others with McMillan kicking.  Tempers frayed at times but generally the contact areas were keenly contested and but for Annan having a broader skill set across the team, both squads were physically well matched.

Thanks are due to all parents for travelling through to make sure the game went ahead and to our hosts for feeding the lads afterwards.  It was pleasing to see that despite some tense moments during the game, both squads were seen chatting afterwards in the true spirit of rugby.

Annan move on to their next game vs Dumfries at Park Farm on Thursday 10th at 7pm. 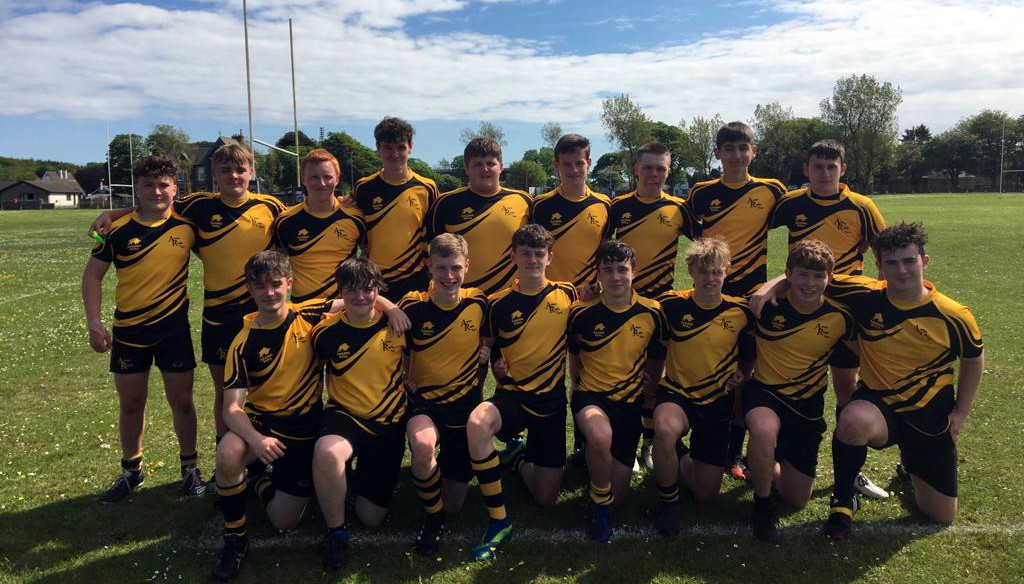 The winning U16 Tigers