Annan U16s travelled to Stranraer on Sunday to take on their opponents – with a home squad of 13, 2 loaned players to Annan made it an 11 aside game on.

From the off the hosts put the Annan line under pressure and from a scrum found space to score the opening try.  From the restart Annan pressed for a reply and Ru Bell was on hand to score with Josh Halliday adding the extras.

The game remained competitive and open with the strong wind making handling challenging. It was Annan who scored next with Andy Shepherd going in to make it 12 – 5.  Just before the end of first 20min period Wigtownshire struck again and a finely kicked conversion made it 12-12 at the first break.

Annan dominated the middle period with some good running rugby and good support play – scoring 4 tries to 1 by the hosts. Mason Watret scored two, Bell notched his second of the day and Guest player Logan showed good speed to get on the end of a good phase of handling to get one over his team mates – one conversion by Halliday made the 2/3rd time score 34-17 to Annan.

Annan were challenged to improve their rucking and defence in the final period however ‘Shire showed good spirit and continued to make it a competitive game. Shore scored 3 tries in this spell to 2 by Annan (through Watret and Bell to each get a hat trick both converted by Halliday) and the final score was 48-34.

A morale boosting performance for Annan after a hard day out last week but still plenty to work on for the coaches – when the team play together and pass at the right time and support their team mates they can produce good rugby but at times they are liable to try too hard or do too much – or switch off and miss easy tackles to give opponents a look in.

Garnock are due to visit Violetbank on 24th Oct so there is time for the lads to get some team practice together at training and improve their fitness. 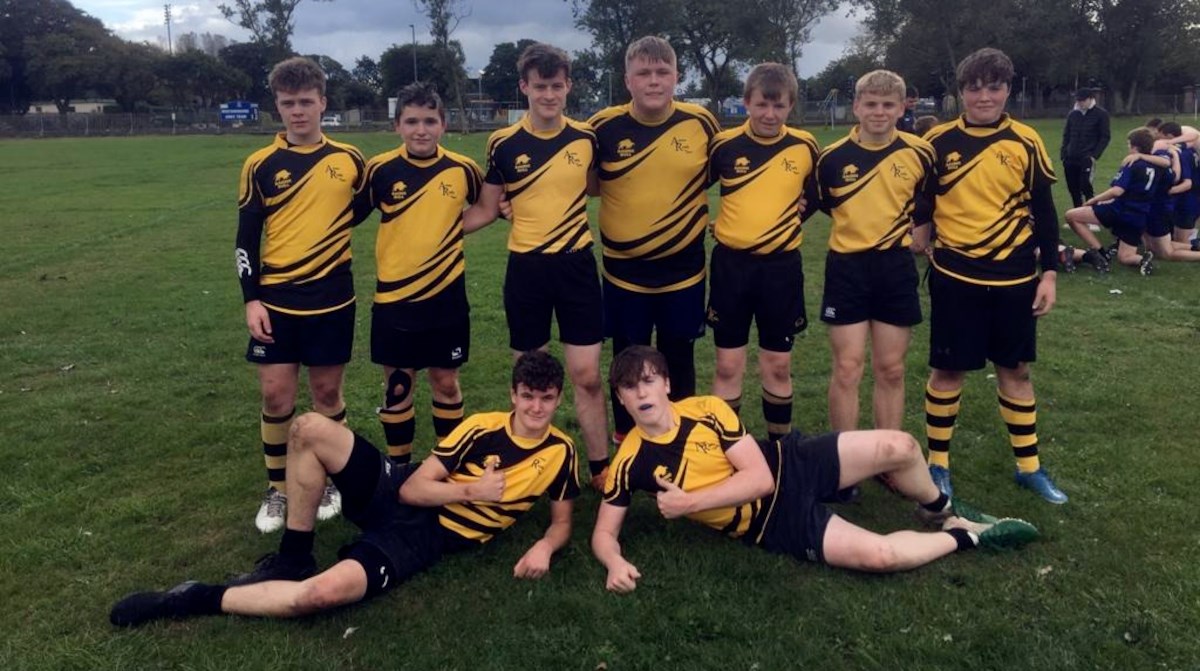