U14 Match Report by: Senior Hornets

With an early start on the way to Stranraer for their first full contact game with squad of 6.

The first half Wigtownshire dominated but that didn’t scared the girls after hard work and getting the ball wide the Annan girls broke through the line to scored their first try.

Wigtownshire weren’t long in gaining ground and conceding try’s. After a beautiful line break getting the score blows the half time whistle.

Water break and a chat the Annan Girls came back stronger and harding confidence obviously growing made the game great to watch.

In no time the points were coming in and tackles getting made low and hard.

Today all the girls played outstanding, two girls the stood out for not only the Wigtownshire coach but also us was Karli and Shaenah with exactly tackles and the speed to back them. 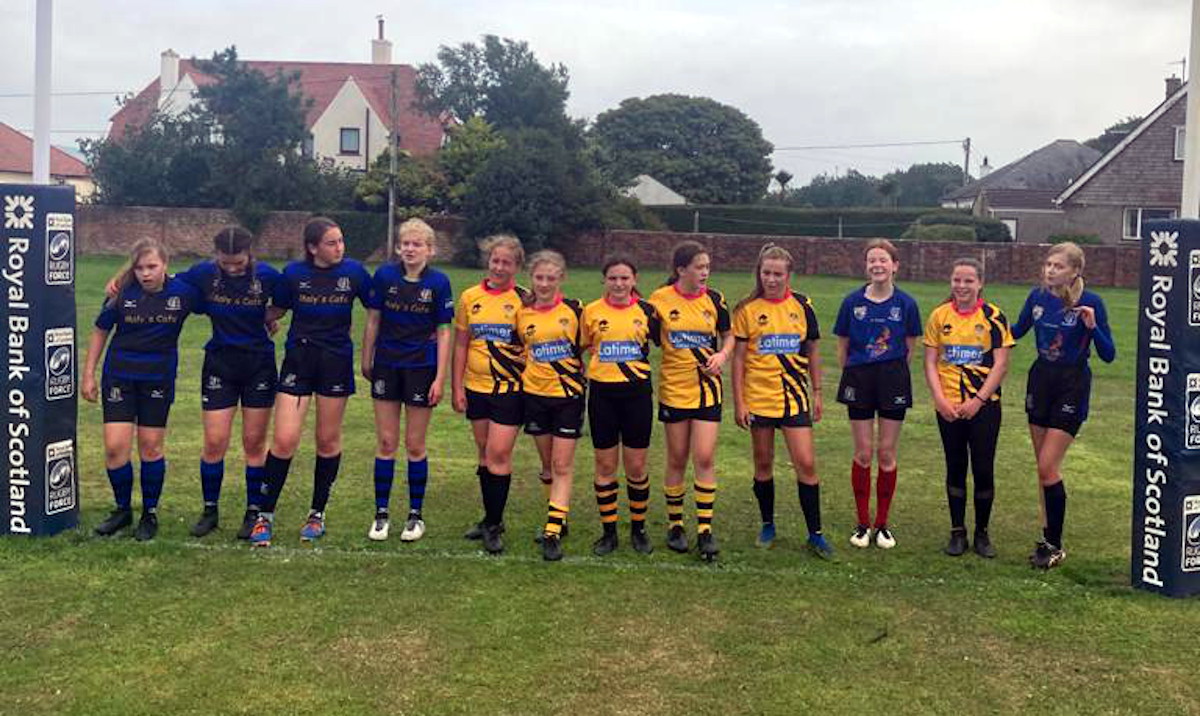 The Wigtownshire and Annan U14 Girls

U17 Match Report by: Senior Hornets

On the way to Stranraer for friendly against Wigtownshire, we arrived with a squad of 9 ready to play one of the first games this season with our team together.

Our game plan was to work on three things line speed, 4 second rucks and good communication. After dominating the first half all girls were working as team to get off the line and make tackles, then securing the rucks the try’s came rolling in.

With a break from the Wigtownshire girls and our first time in the game working in our own half give us the kick bringing the intensity back up leading to the scores.

Into the second half with the wind against us we weren’t long in getting the first try of the second half. Zoe Mitchell running down the wing with a great tackle from Wigtownshire leads to a move now called the “Mitchell Roll” with landing on your face then throwing the ball between the legs sadly the whistle blew and scrum down.

Wigtownshire gained ground and put our defence to the test with a great tackle and aggressiveness in the rucks saw the overturned leading then with Niamh Ross doing what she does best with a pick and go from the ruck got us the final try.

Our top tacklers of the day has to be Ayda Chierchia and Hannah Colledge both of which scored amazing tries.

Over the whole game one player who stood out above the rest was Niamh Ross for the great game and her pick and goes, leading to a fantastic game for the whole team.

Well done girls now for a well earned weekend off!!

All the Annan Girls