8 U14 Hornets travelled to Greenock last Sunday and put on a display of great running rugby and won their 2 matches at the festival.

Great rugby, tackling and commitments from all 8 Hornets that bodes well for the future of the Women’s game at Annan Rugby

From the U16 Coaches:

Our first game saw us up against Wigtownshire. Annan played a strong and unforgiving game seeing the game abandoned by the Wigtownshire coaches due to a number of injures not before seeing Annan score a couple of tries.

The second game was against our rivals Dumfries. Strong start by Annan putting in a good few tries before half time. Second half saw Dumfries break through Annan’s defence to score 2 tries before Annan retaliated with 2 more of their own resulting in a 6-2 win for Annan.

All girls played well, especially our new members Tess who played her first game at 10 and Sophia who held a strong defence throughout both games.

Still lots to be worked on, but nice to see the hard work from training paying off in games.

Special thanks to Ayr for lending us two players to boost our numbers that undoubtedly played a big part in our success on the day.

The coaches were very happy with today’s performance and winning two games against your local rivals is always good.

But winning is not the be all and end all from my point of view, a good team effort is. Keeping working hard when you are up against it and don’t give up, are just as important and make for a satisfying game.

Captain Niamh Ross was a bit disappointed to be penalised a few times during the Dumfries game. However she took it on the chin and adapted her game to suit the referees rulebook, well done.

In the Under 16 game Heidi was also learning and now knows what a hospital pass is, and who threw it!

Four girls travel up and played a few joined up games amongst the other girls in attendance.

Overall the Girls played well, having a Scotland U18 team manager look over the girls was great, however for Zoe to be voted best U18 on show was a bonus. 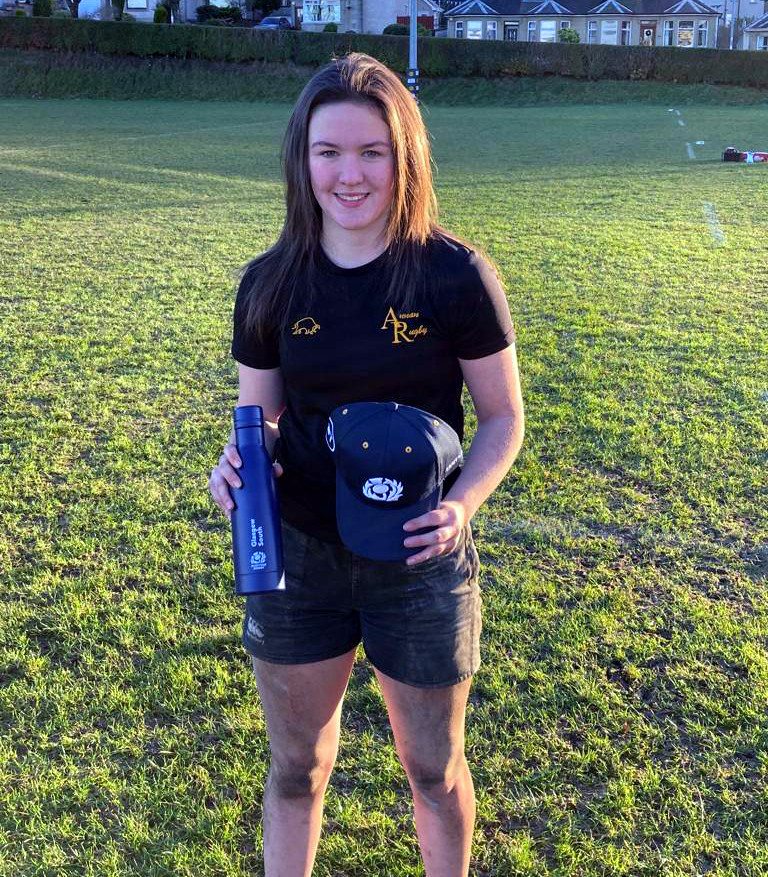 Zoe Mitchell – best on the day.

Well done to all the girls.

The Hornets Christmas is party on Monday night (13th) at Bank Street, then last games of the year away to Penrith on Wednesday night (15th) @ u13 and u18 levels.