ANNAN U14 GIRLS AT HAMILTON RUGBY

Annan U14 Hornets travelled to a sunny Hamilton Rugby Club yesterday for an U14s Festival. With a reduced squad of 9 hornets, the girls were joined by two GHK players, Erin and Rebecca.

Both GHK girls were friendly, kind and fit in perfectly with our Annan Girls and they played brilliantly, each scoring tries of their own throughout the afternoon – a credit to their coach and parents.

The girls played three 20 minute matches, 8 a-side and first up to challenge the Annan Hornets were East Kilbride.The game started well for Annan and from a string of offloads and attacking dominance from Megan, Alysha and Josie the Annan tries came flooding in.EK were also hungry for points and due to Annan’s slow reaction at the rucks and some missed tackle opportunities, the opponents ran in 4 tries, most of which down the wing.Annan stepped it up a gear and started to react quickly and following some great support play from Anna and Louisa, Annan were able to secure the full-time win 7 tries to 4.

Next up to face the Hornets was Dalziel who proved to be a challenge for our girls.Dalziel had some speedy wingers in their team which our Annan squad couldn’t compete with at times which enabled Dalziel to run in a few tries. Annan quickly reacted and over the next few phases began to make more dominant tackles particularly from Sarah, Emily and Anna. This then gave Shaenah the opportunity to steal the oppositions ball several times during rucks, something which the Hornets and Coaches have been working on lately.

Final score of this game was 5-5, however a mention has to go out to Megan, who after performing the Hornets signature move – arse ball*– had her try disallowed by the referee for crossing. We will be working on the timing for this over the next couple of weeks to ensure next time, the Hornets get the deserved win.

Lastly the Hornets played Wigtownshire in a very physical 20 minute battle. Some great handling was on show from both teams but Annan’s intensity during contact and breakdowns proved difficult for Wigtownshire to compete with. This allowed Annan to win their match comfortably. We wish a speedy recovery to the 2 Wigtownshire girls who sustained injuries during this match.

A special mention to Annan player Kelsie Zwolinski who is improving every week and growing in confidence.

Shaenah Quinn led from the front as captain, turning over several opposition rucks to set up try scoring opportunities.

Anna Canning was tackler of the day, showing aggression and determination when tackling everyone she could get her hands on.

And lastly, talker of the day goes to none other than Josie Halliday with Louisa College in close second!

I look forward to seeing what else this strong squad of players can do during their last few games of this season.

The future is bright for girls rugby at Annan.

*arse ball was not in-fact named by the coaches. 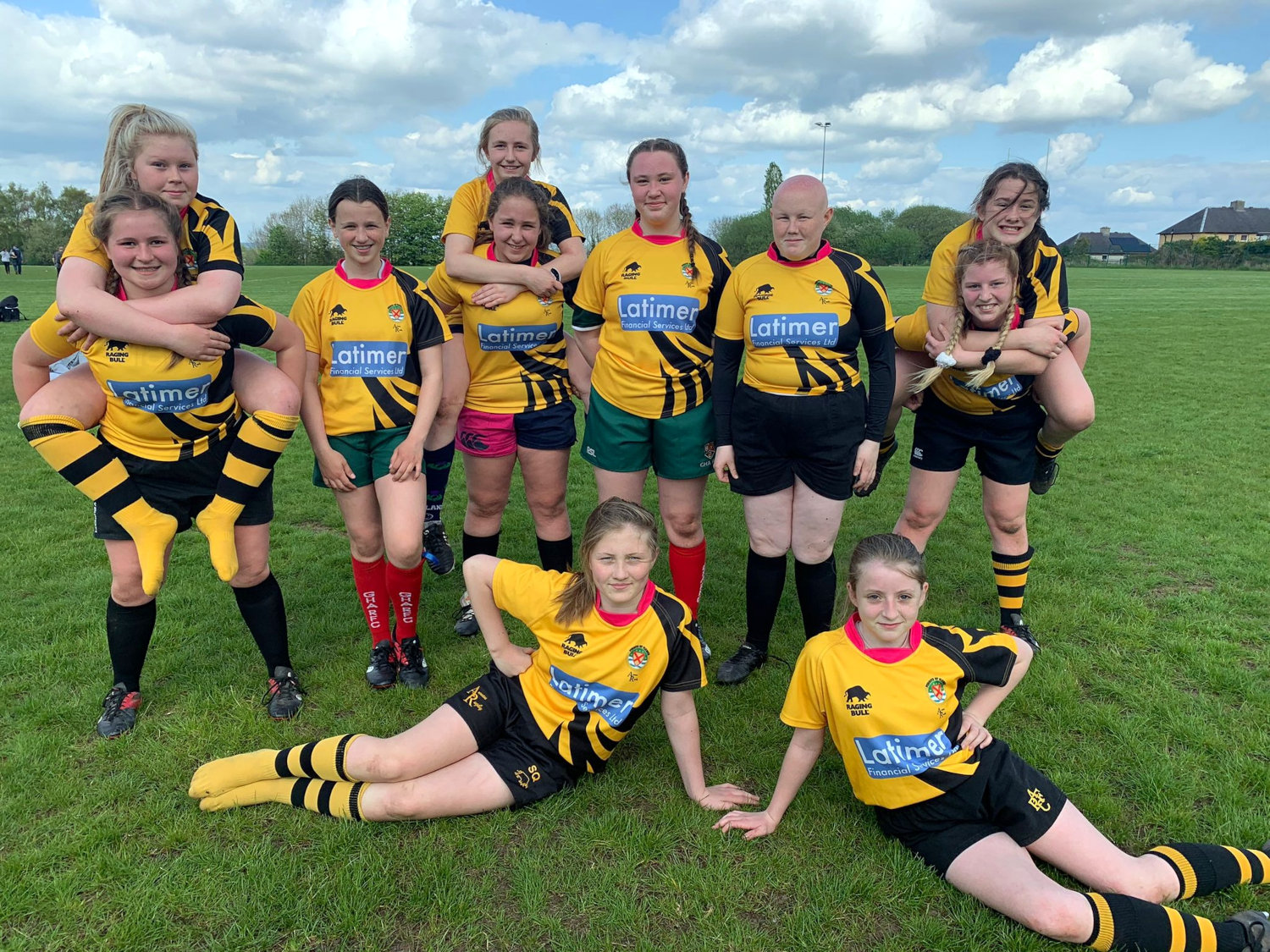