U14 BOYS RUGBY FESTIVAL AT VIOLETBANK.

Annan took on the challenges of Carlisle, Stewartry and Moffat on a hot sunny but windy day up at Violetbank.

First up for the the home side where the cross border side Carlisle. These 2 sides had not met before this game.

The Carlisle team looked strong in warm up looking similar in stature and skill level to the teams Annan had faced during their difficult competitive cup competition earlier in the season, which had seen Annan struggle.

However Annan seemed to have learned much from there cup games against some of the more competitive teams in Scotland and came to play.

Showing good defensive structure and strong set play made Carlisle work hard for the 3 tries they created with Annan also making several attacks throughout the game stretching the Carlisle defence at times. This was an impressive performance from Annan despite being unable to put points on the scoreboard with the score line finishing 0-9 in the favour of the English side. Certainly Annan’s defensive effort should be noted.

With the cross border game finished it was back to an all Scotland affair with Annan next taking on local rivals Stewartry.

Annan started well and from another good lineout set piece second row Rohan Cother took off on a strong sniping run beating several defenders before finishing impressively under the posts with a final skill-full sidestep on the fullback.

Stewartry soon replied with a well worked try of their own.

With Annan’s defence still proving stubborn and there attack improving the game settled with both teams trying to get the upper edge in the game. Stewartry ran in another 2 well worked tries in the first half. Early in the 2nd Annan showed good phase play leading up to a try from returning center Aaron Kerr, who has been out injured for several weeks. Stewartry where to have the final say with another try late in the second half to round up the score to Annan 6 – Stewartry 13.

Annan’s final game of the day was against Moffat. With most games between the two sides usually being high scoring today proved to be the same.Both teams ran in several good trys throughout. 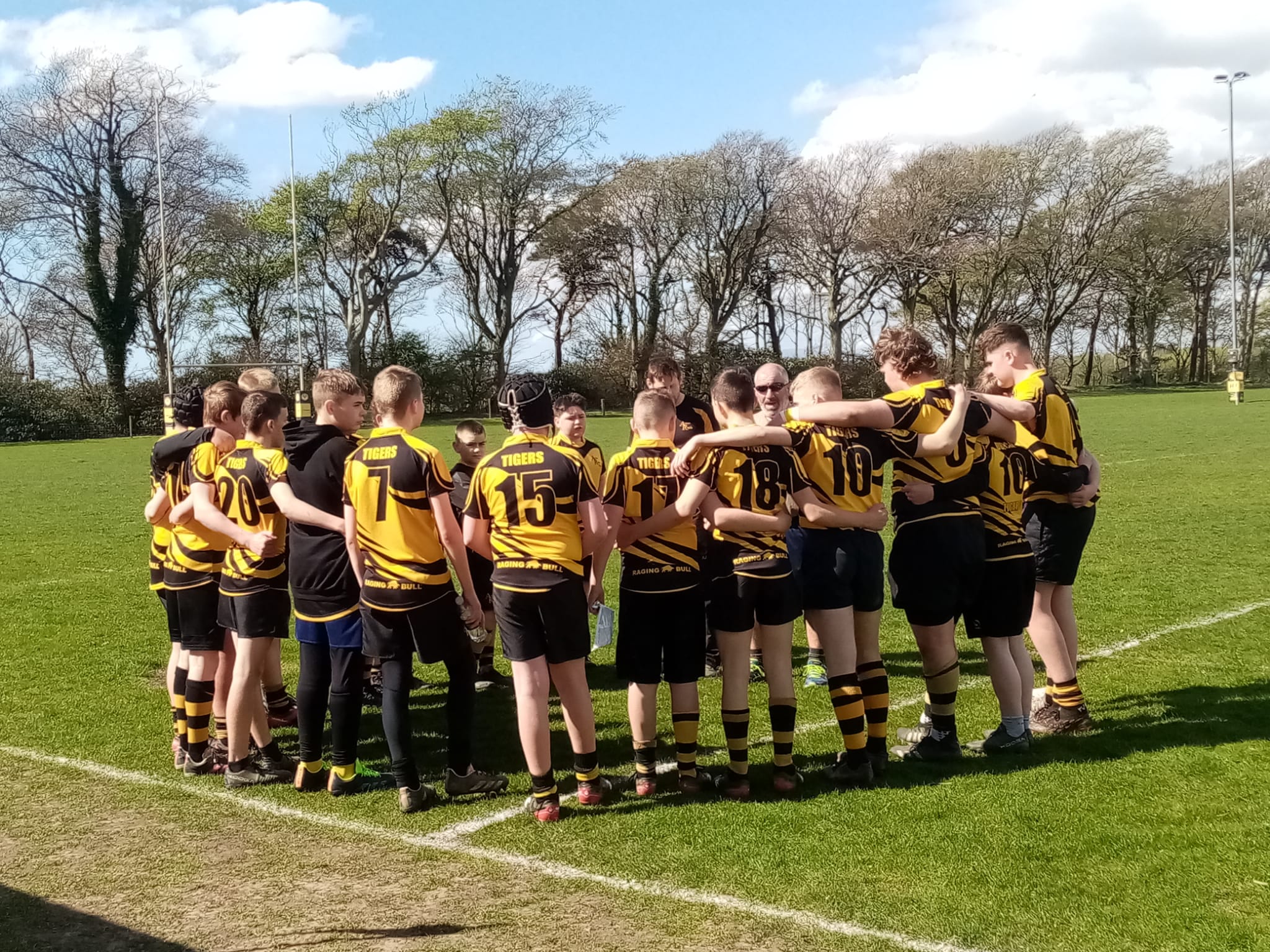 U14 tigers in action

The opener coming from Annan’s Man of the match and arguably Annan’s player of the day Ethan McDairmant , who brushed of several defenders to score in the corner.

The second try of the game came shortly after with stand off Harry Nordon running on the outside of the defence from deep in his own half to score under the posts.

The next try for Annan came from captain Oban Nicolson who after some good passing and skills from all of the Annan backs was on hand in support to finish off the try with a pickup from the back of a ruck to dive over. With the try starting in Annan’s own half it showed good off the ball work-rate from the Captain in support to be on had at the breakdown, which was noted throughout the day from Oban as a good example for his teammates to follow.

With Moffat running in a well worked try of their own and there defence showing good resolve it took another good play from prop Ethan and a fast sidestepping run from danger man winger Filip Wisniewski, who finished under the posts to get the scoreboard moving again.

The second half started well for Annan with another long run try for Harry Nordon, however Moffat found there attacking flair to run in the next 2 tries. Annan eventually responded with a try from Rohan under the sticks.

Moffat where to have the last say of the game as in the final play they ran in another skilful try under the posts to close of the days play. The final score Annan 21 – Moffat 11.

Three good performances from Annan on the day with many agreeing that the game against Carlisle showed how far the team has come in there development this season.
The backs growing in confidence and skill and the scrum and lineout play as solid as ever from the forwards where obvious to see.

All the players showed good improvement once again with mentions going to Ethan McDairmant for his player of the day performances, Oban Nicolson for his good support play, Rohan Cother who (despite the windy day) kicked well off the Tee with the usual goal kicker Ben Richardson out injured.

Special thanks to referees Andy Render and Ben Latimer for overseeing proceedings, Ed, Megan and Leah for making sure all the boys and supporters were looked after with refreshments and to Billy Jardine for filming the days play to help again with the development of the players.

A few photos thanks to Team Manager Alison Martin 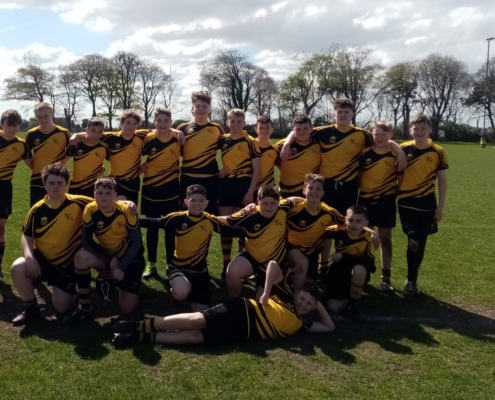 U14 tigers in action 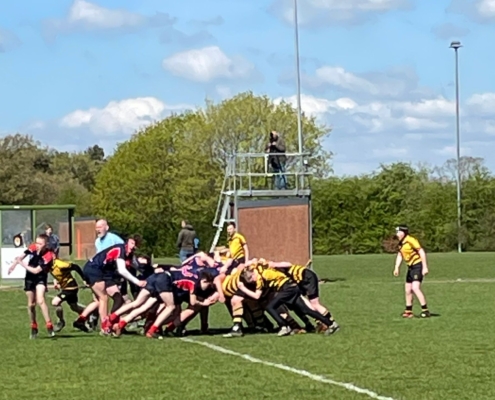 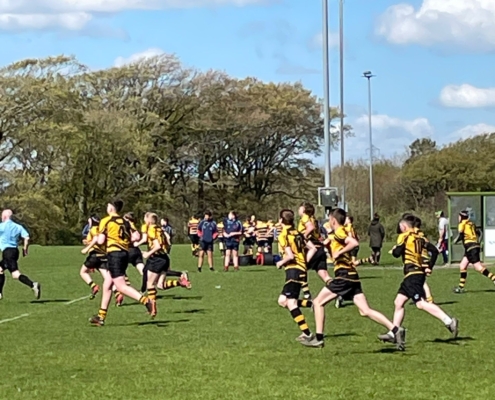 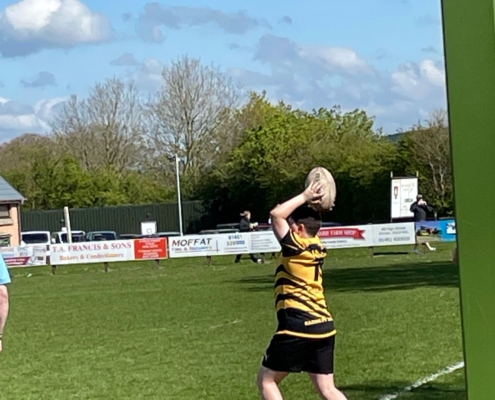 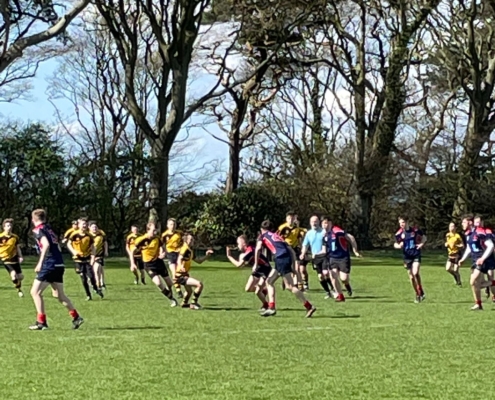 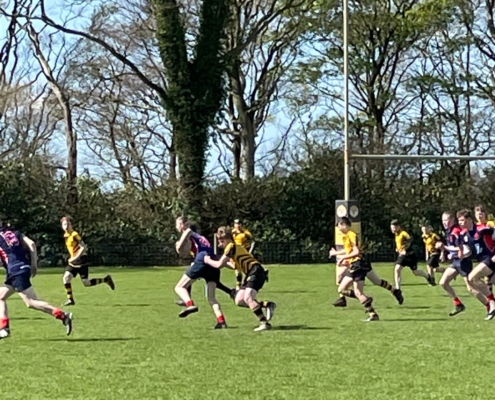 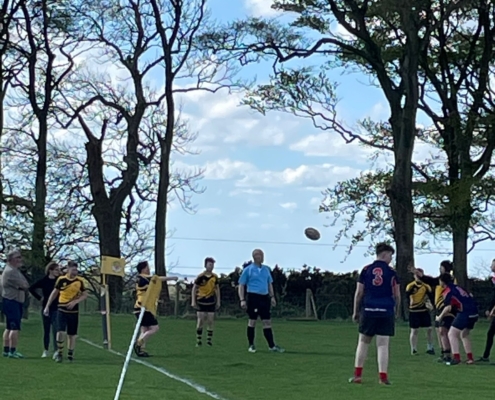 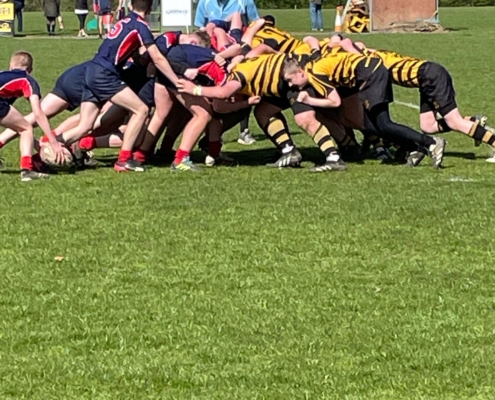 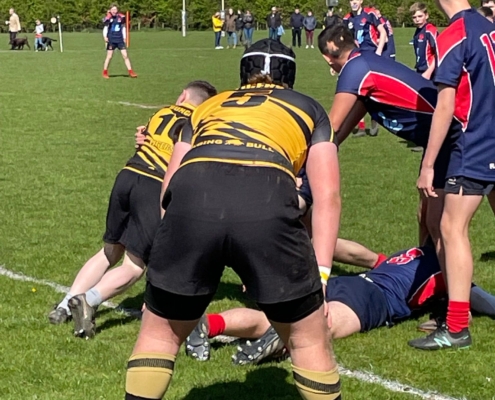 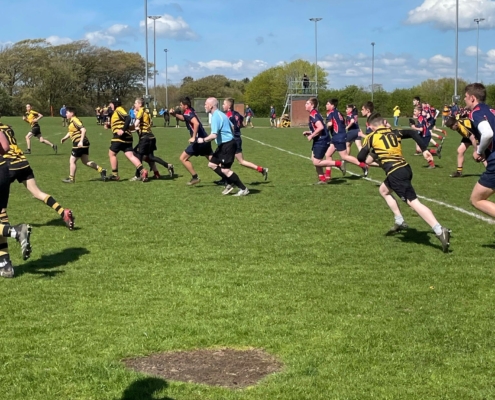 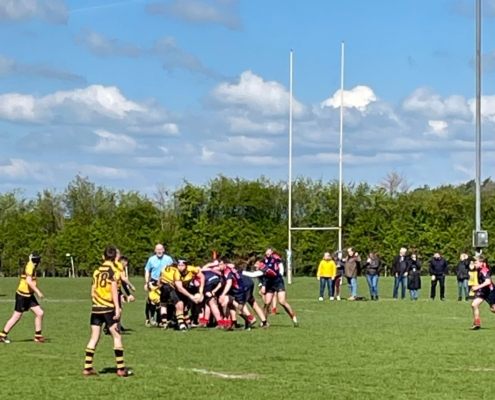 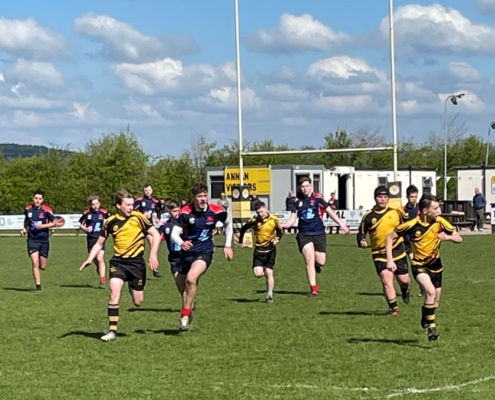 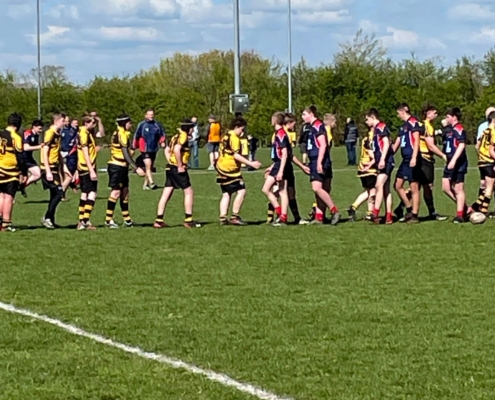 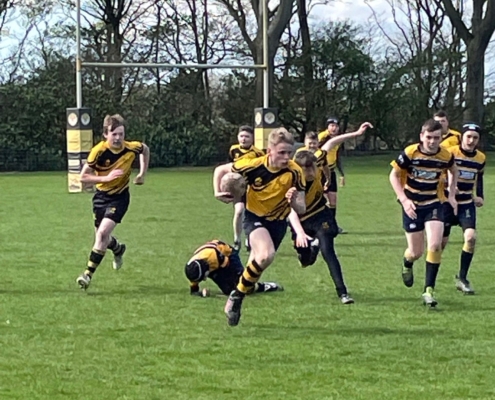 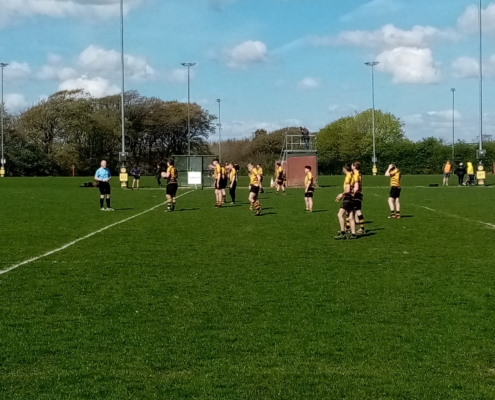 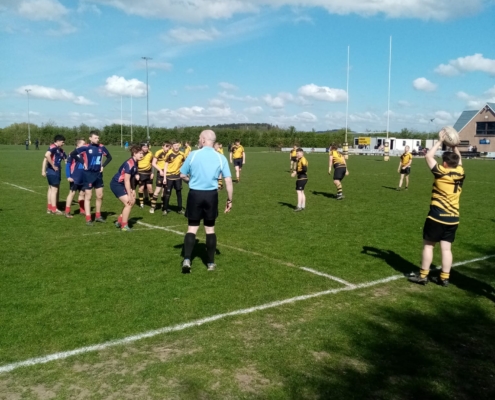 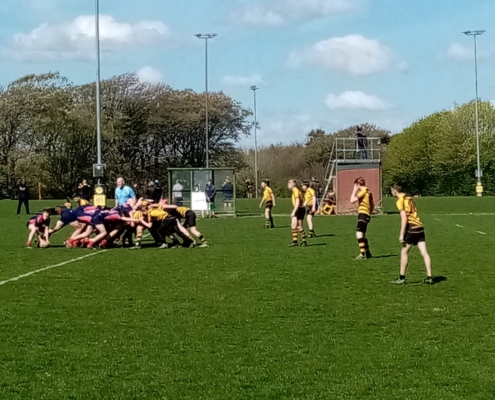 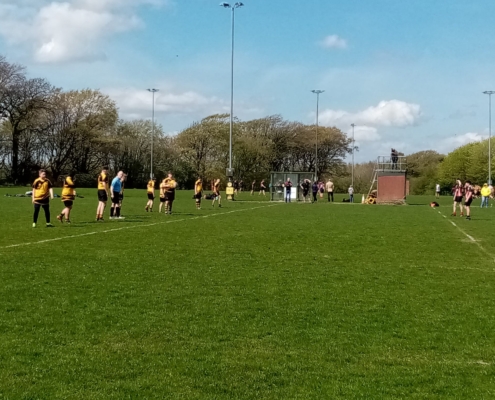 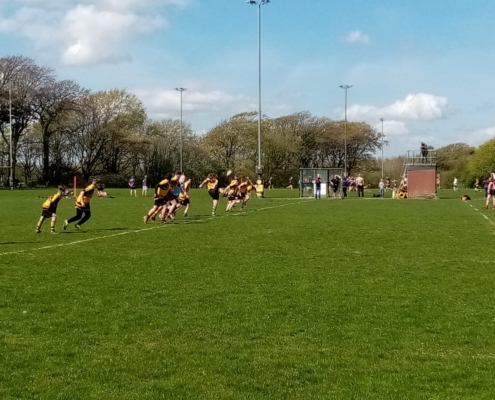 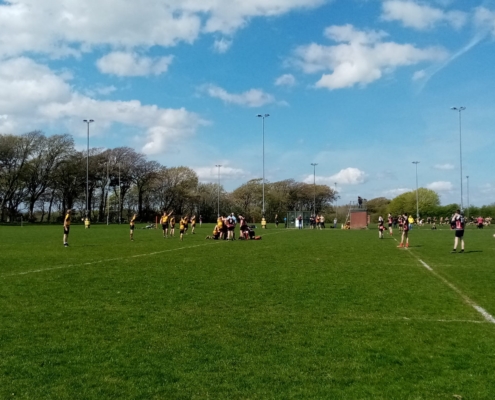 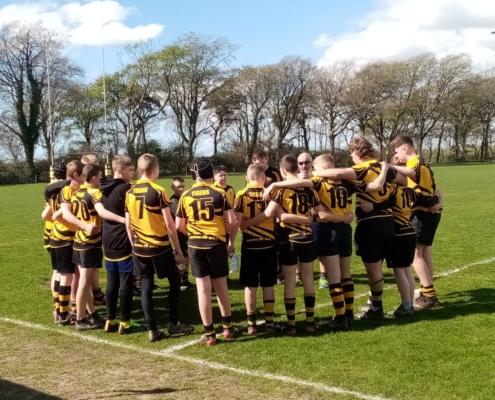 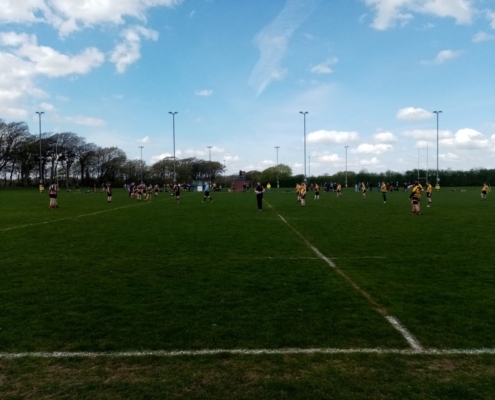 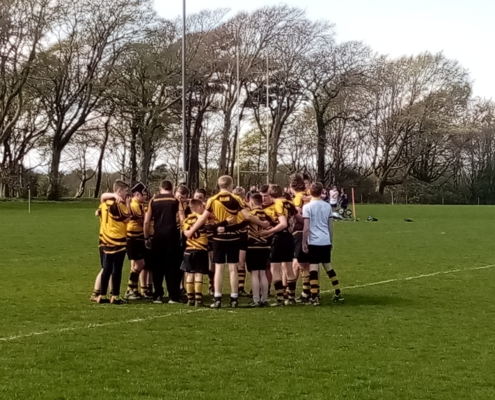 The 3 Annan matches from the Tournament

THE 17 TRIES FROM THE 3 ANNAN MATCHES

8 from Annan, 3 from Carlisle, 3 From Stewartry and 3 from Moffat