ANNAN U12 GIRLS AT EAST KILBRIDE

Our U12 Hornets made the trip to East Kilbride on Sunday for their 2nd run out of the season as a team. (they’ve played mostly mixed P6/P7 this season).

First game of the tournament was against Marr where the girls started at a frenetic pace scoring a handful of unanswered tries and taking a commanding lead over their opponents.

However just as we looked like we were in full control of the game Marr launched a comeback and turned the tables on Annan and exposed some gaps in our defence to bring the game back to level terms.

The last quarter of the game saw both teams go try for try until the final whistle, with the game ending in a 9-9 draw . An outstanding performance from both teams with end to end running rugby on display.However Annan were left feeling that the draw really should have been a win.

Our next game came against Dalziel who, like Marr, looked like a well organised and quality outfit. Unlike our first game it was Dalziel that started strong with a couple of their speedsters using pace and footwork to take an early lead.

At halftime the Annan girls had work to do and knew that the only way to claw this game back was to keep scoring tries but more importantly tighten up our defence. And that’s exactly what they did. In another end to end game, our girls dug deep, ran hard and tackled like crazy culminating in scoring the winning try in the last play of the game.

With an immediate turnaround we were straight up against the home side, East Kilbride. The Annan side were well and truly outsized in this game with East Kilbride having some strong and powerful players who thrived with the ball in hand. A few early tries from the home side in the first couple of minutes meant we had work to do to stay in this game.

But rather than letting their heads drop, our girls seemed to find  a second gear and upped their level of aggression, commitment and team work. They put their bodies on the line in the tackle and used their blistering pace and silky skills with the ball to score some well worked tries. Despite this game ending in a 8-6 defeat it was the girls most impressive performance of the day. They pulled together as a team and battled to the final whistle leaving their coach and parents/ supporters extremely proud.

It’s impossible to single out one player so they all get a special mention:

Laurie had a typical Laurie like performance. Blistering runs, nimble footwork and lots of tries. To add to her normal attacking prowess, her defence and tackling was also on point. Amazing work!

Sophie continues to go from strength to strength as a truly all round player. Running, tacking, rucking, handling – she can do it all. Even a boot to the head in the final game couldn’t stop her. Great guts and determination!

Sian as always lead by example particularly in her defence. Her tackle count for the day was staggering! Her commitment, aggression and all round toughness is a sight to behold. Keep an eye on this one, she’ll go far in this sport!

Lilly had her best run out of the season to date and her development over this season has been very impressive. Her link up play and handling skills were excellent and contributed to a number of Annan’s well worked team tries. Cracking effort!

Honey is another player whose ability has  grown exponentially this year. Her running with ball in hand is impressive and once she has the try line in sight it’s virtually impossible to stop her scoring. How many tries today? No idea, lost count!

Ayda is one of our fittest, most dedicated and passionate players who seems to have taken a liking to scoring tries of late. All she needs is the smallest amount of space, or half a gap and she is off. And good luck catching her, you’ll need it!!

Zara was the rock in our defence today. The harder our opposition ran at her, the harder she tackled. Her face literally lit up when her opposite number got the ball, knowing fine well it there was another big hit on the cards. Solid!

Pippa certainly didn’t want to be outdone by her big sister and put on an amazing offensive and defensive performance. Always looking to get her hands on the ball, always looking for that big tackle. Based on her performance, you’d never guess she was only in P5!

Evie, like Pippa is also only in P5 but was in no way intimidated by her older opposition. In fact, she was one of the stand out players of the whole tournament. She’s lightning fast, light on her feet, aggressive, strong and an absolute try machine!

Photos thanks to Donna Newton 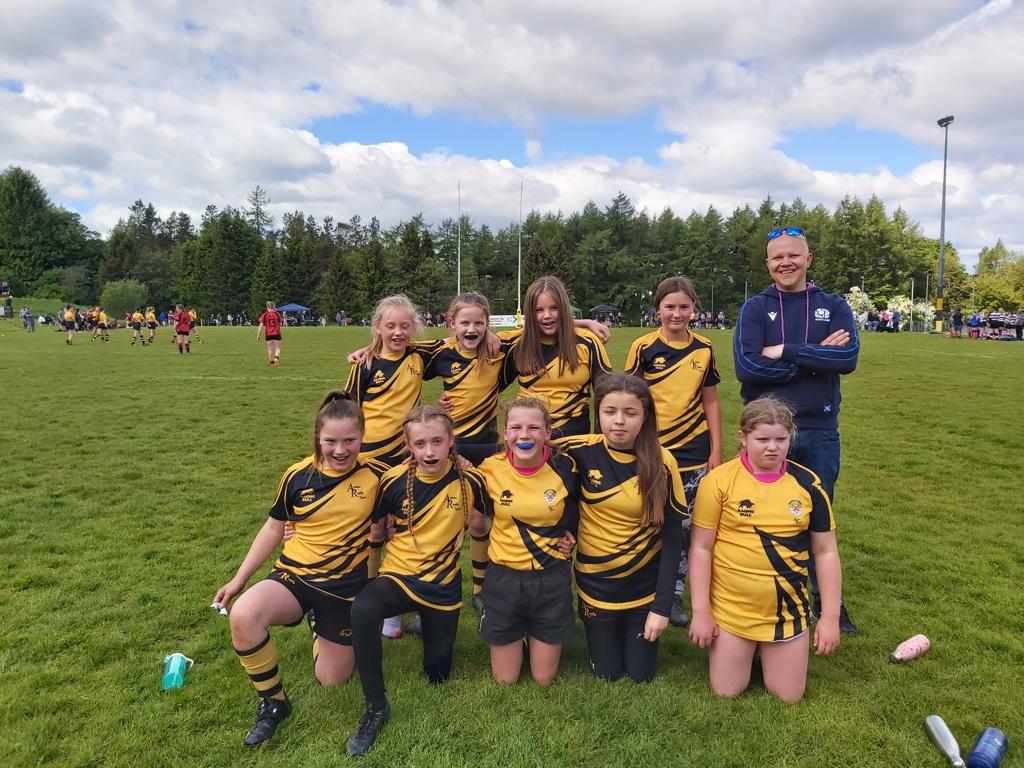 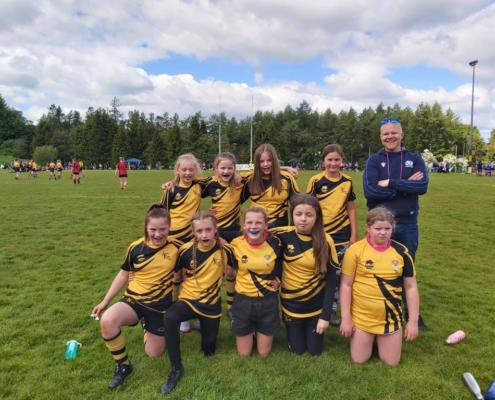 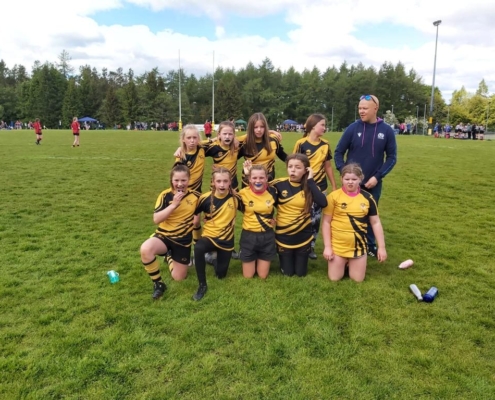 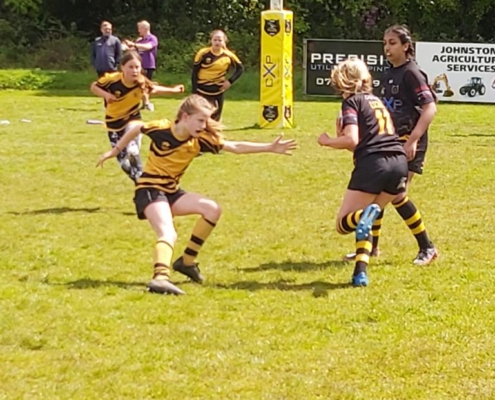 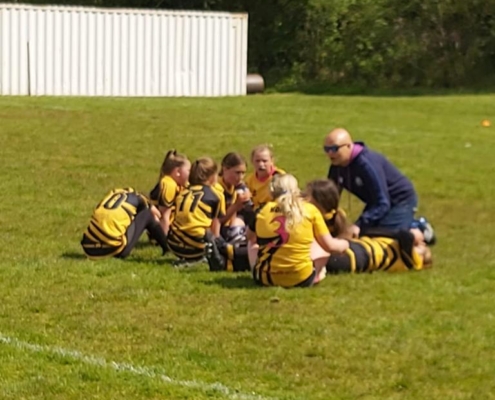 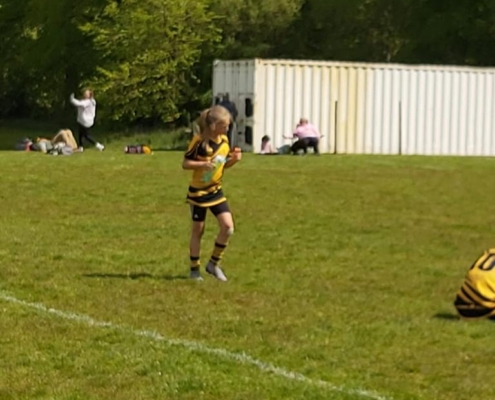 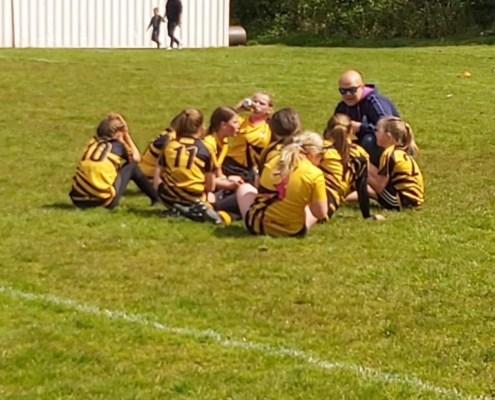 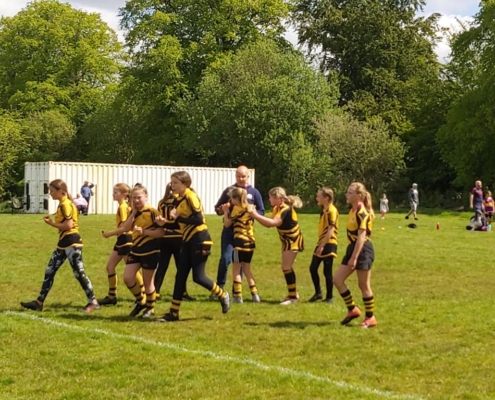 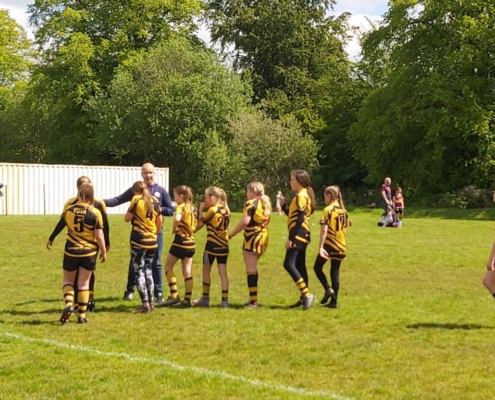 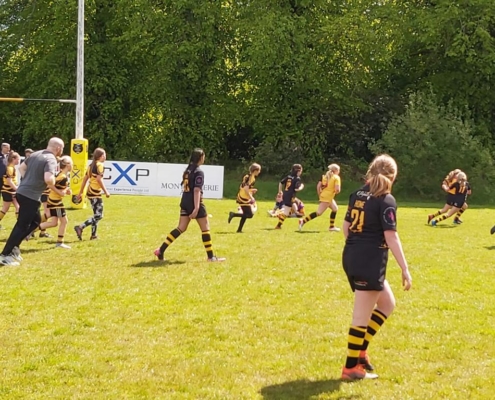 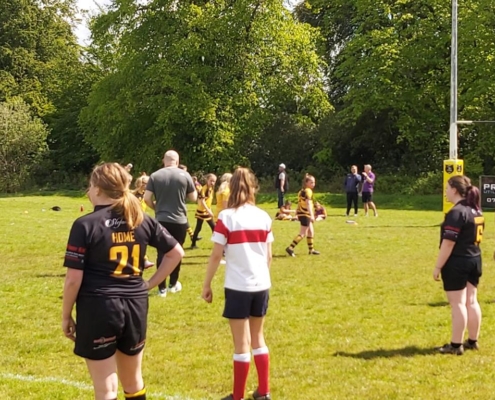 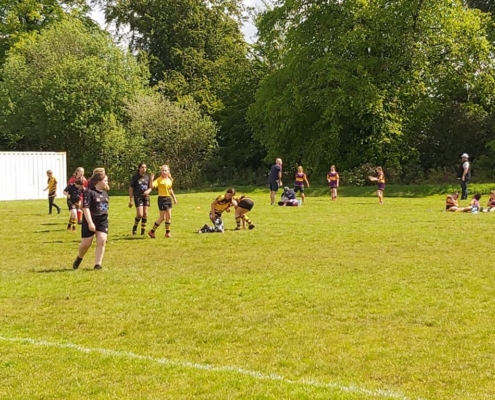 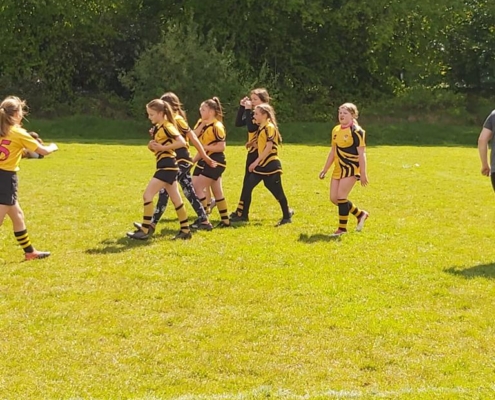 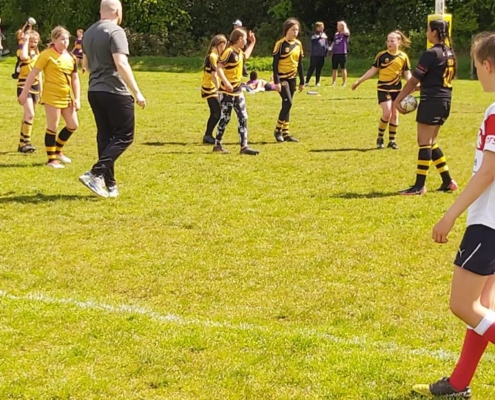 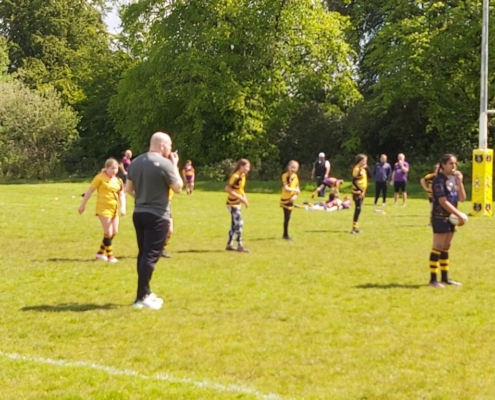