The Annan u14 Tigers made the trip up the M74 to Strathaven hoping for some good weather for only our 3rd game of 2020. Travelling through heavy rain and blizzards with high winds we were pleasantly surprised to arrive in Strathaven in glorious sunshine. After a coaches meeting it was agreed to have 2 halves of 25 minutes with uncontested scrums as the very strong wind blowing down the park was going to dictate some of the play.

The hosts kicked off with the sun and howling gale at their backs and Annan were up to the challenge of fighting the conditions and the opposition to gain control of the game. Some good running by Mason Watret and Ewan Bell were to push up field with close support from Oban Nicholson and James Collinge were to see the home side rocked with countless runners crossing the gain line. The home side were to tackle bravely but the pressure was to much and James Collinge powered through for a nice try. Duly converted by Aaron Kirkup the Tigers prolific goal kicker.

More was to come from Annan even though some referee decisions were frustrating both sides. Despite this the Tigers powered on and were rewarded with a nice score for Deacon Henderson. Nearing the end of the first half Ruaridh Bell was to score a well taken individual try to touch down in the 33rd minute of a 25 minute half.

12 nil up and the Tigers kicked off with the weather in our favour to play one of the most frustrating halves of rugby this season. Some very erratic and bewildering decisions by the referee saw Annan lose their composure and suffer badly from it.

Annan scored first with Ruaridh Bell getting his second converted by Deacon Henderson but the hosts were to hit back with a try of their own. Adam Hamilton was to be robbed of a score by poor officiating but Fraser Court was to cut through the defence to score under the posts to settle the team. More pressure on the hosts line was to give Deacon Henderson his second try of the day which he converted himself.  The home lads were to score at the death to give a final score of 24 to 8 to Annan which is a fair reflection of the game.

Playing on 3G is not Annan’s favourite surface but the lads played well after such a long break. Wallace Alexander and Remo Armstrong were to stretch the defence with strong running and the support of Adam Hamilton and James Collinge is invaluable. Niall Patterson threw straight and true in the line out which defied the laws of physics taking into consideration the howling gale and Zak Stevenson was to clean up a lot of loose ball in open play. Ruaridh Bells tackling was solid and Ruari Heughan was to give out fast ball from the scrums and rucks. Kellum Smith was effective in close support and  Oban Nicholson is developing into a potent weapon with ball in hand. It was not a game for wingers but James Glendinning and Aaron Kirkup got involved where possible.

The most important thing on the day was a game in these lean times due to weather and a win was a nice extra. With more games planned hopefully we can gather some momentum to take this team through to the seasons end.

U14 Tigers before the match 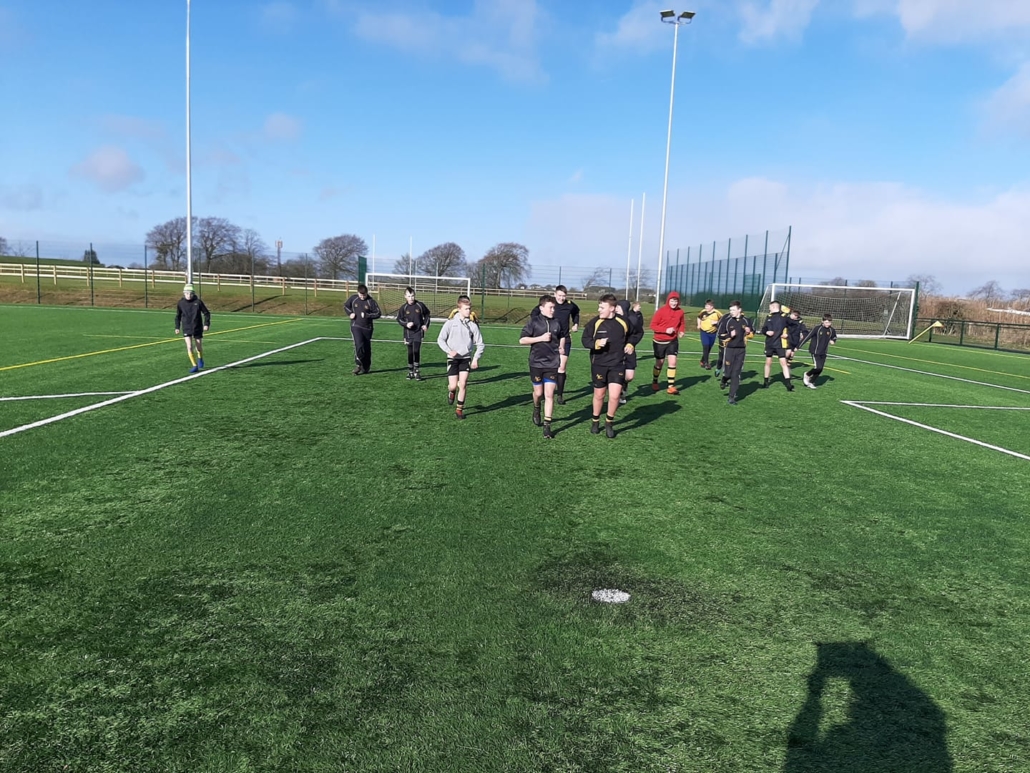 U14 Tigers at Newton Stewart 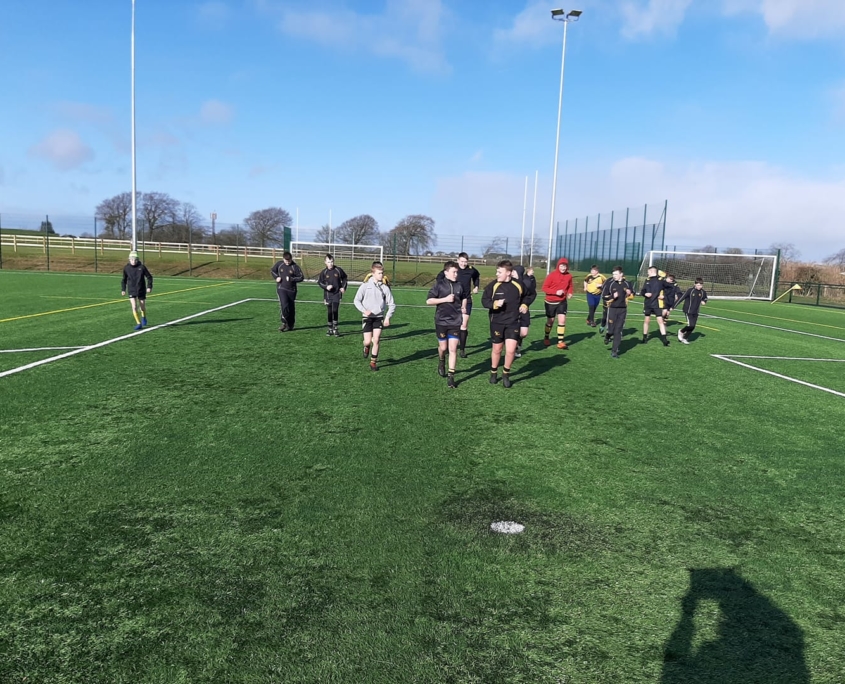 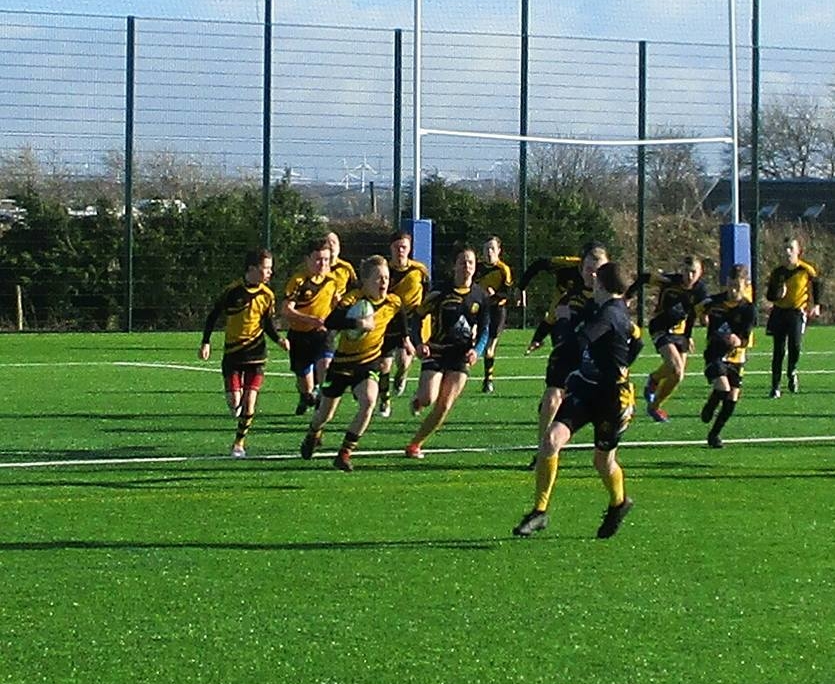 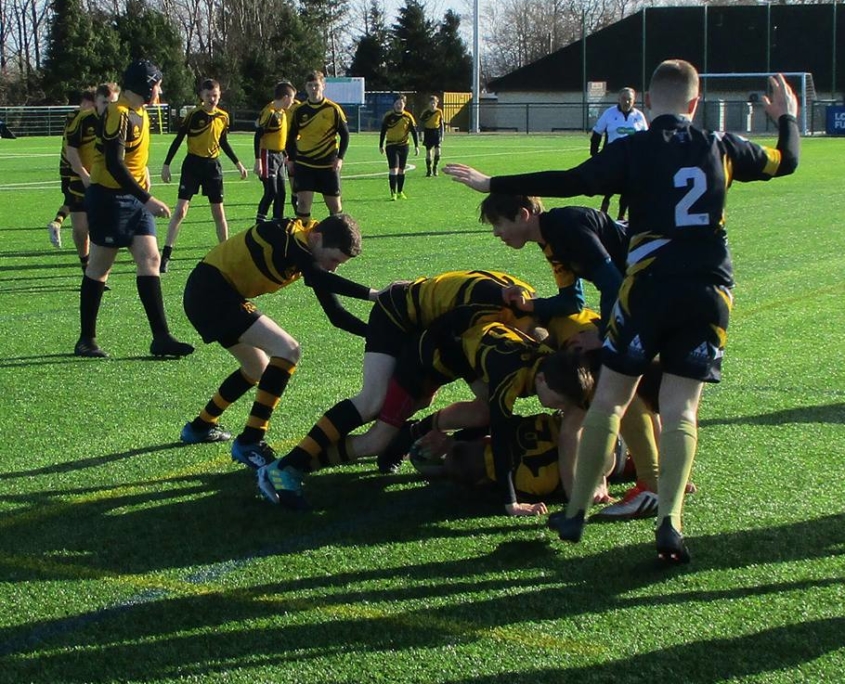 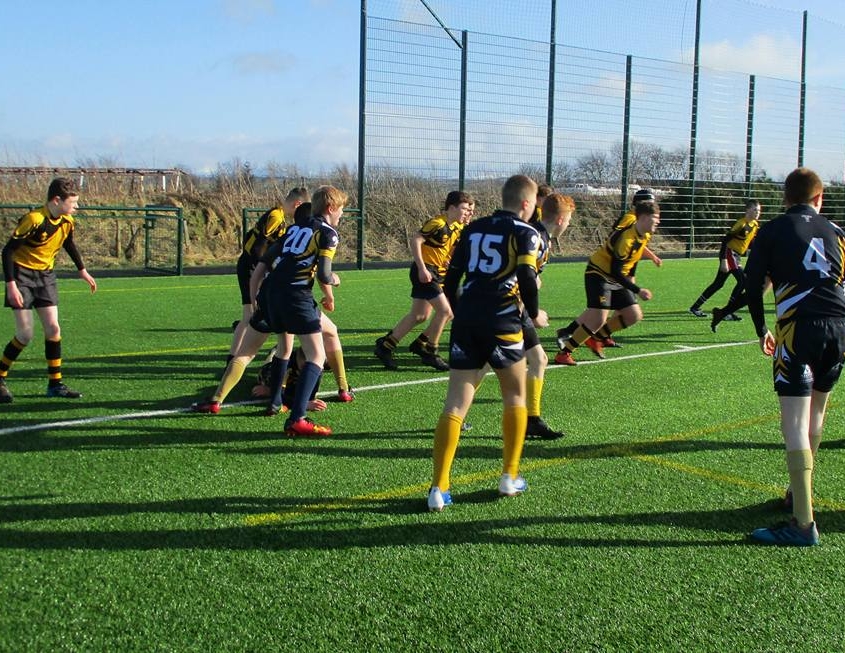 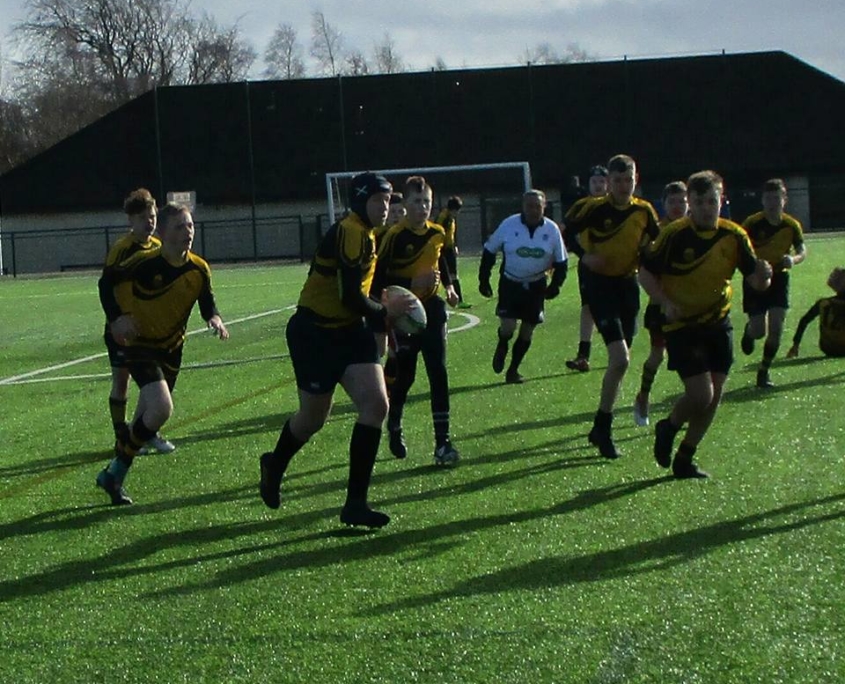 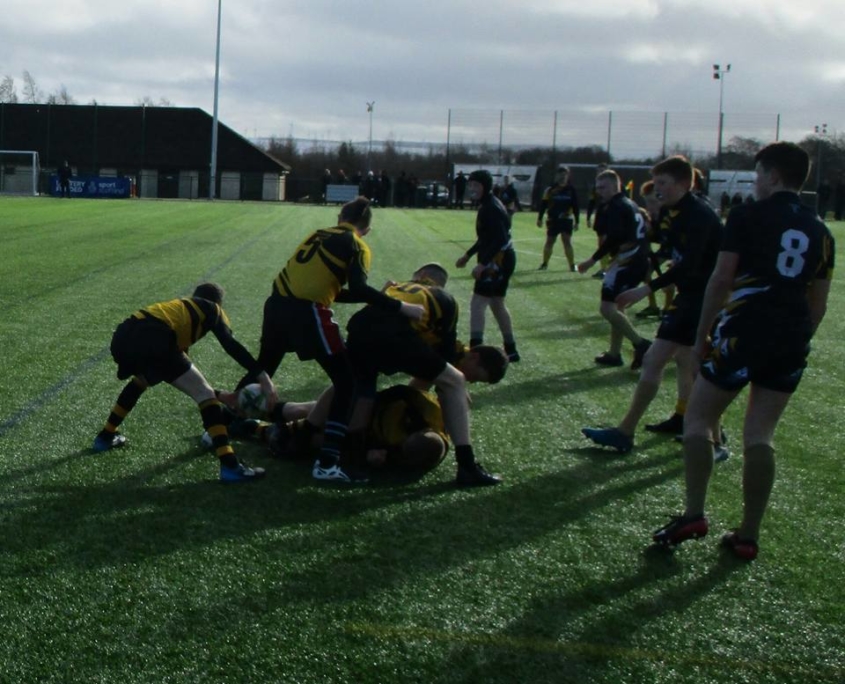 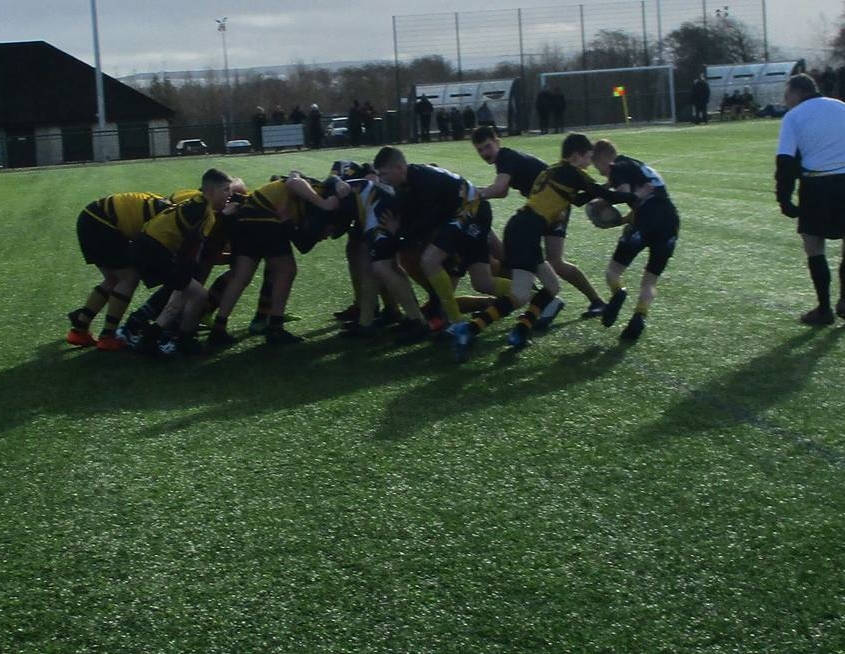 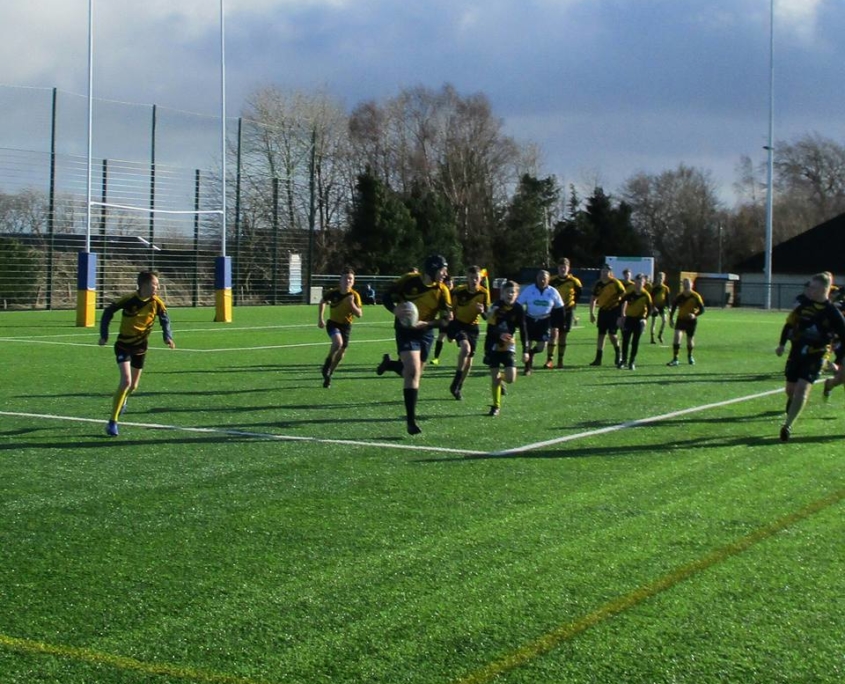 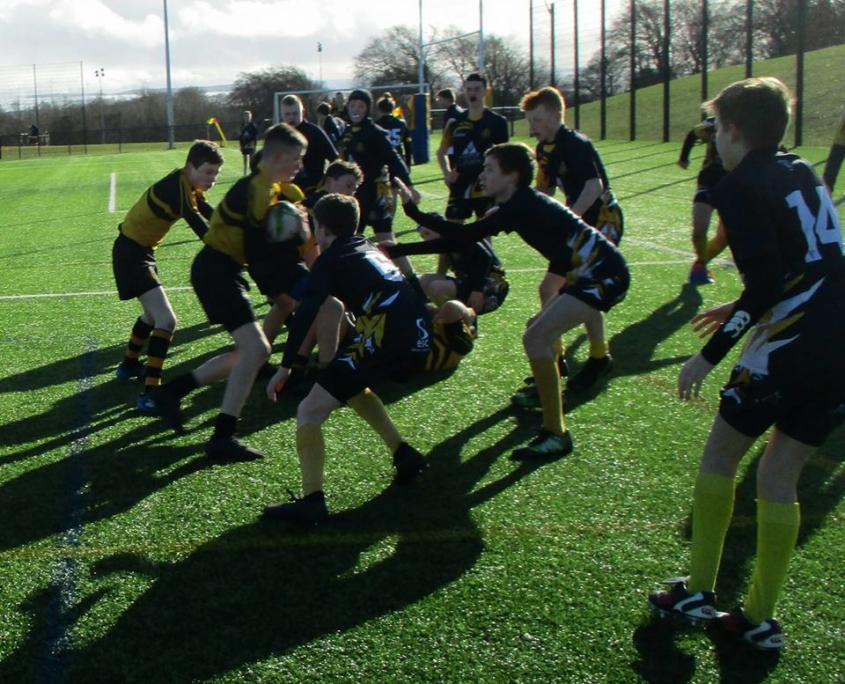 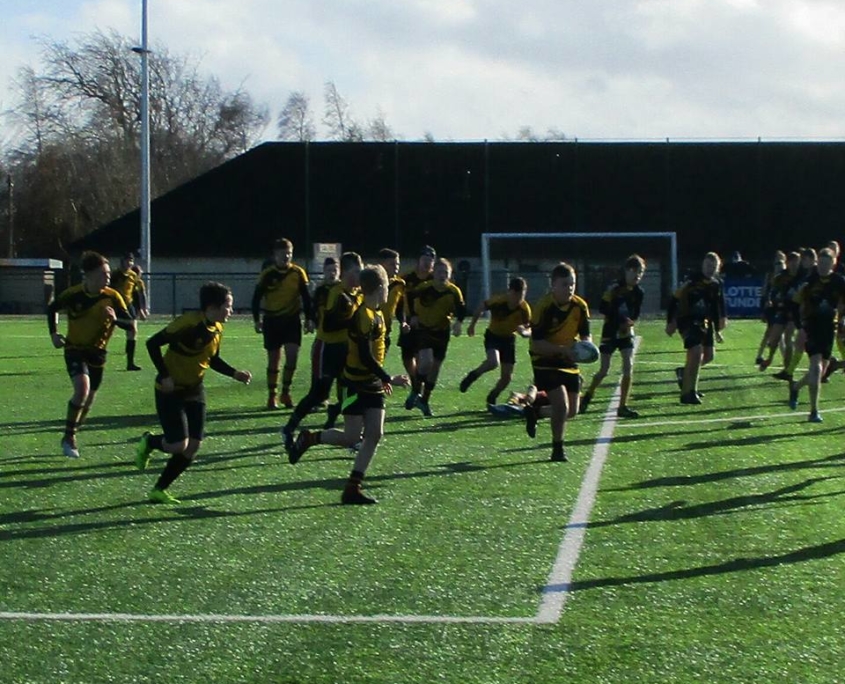 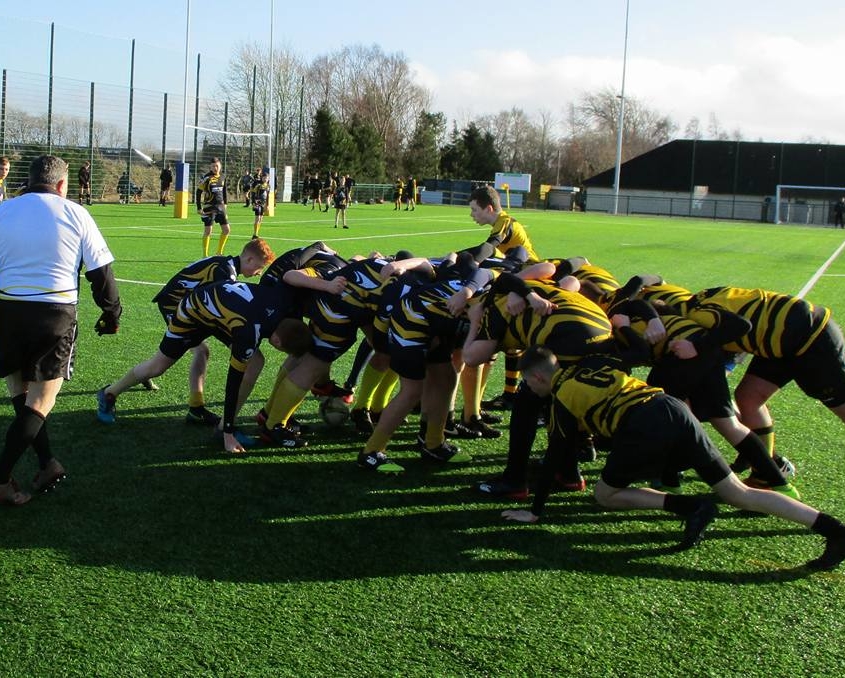 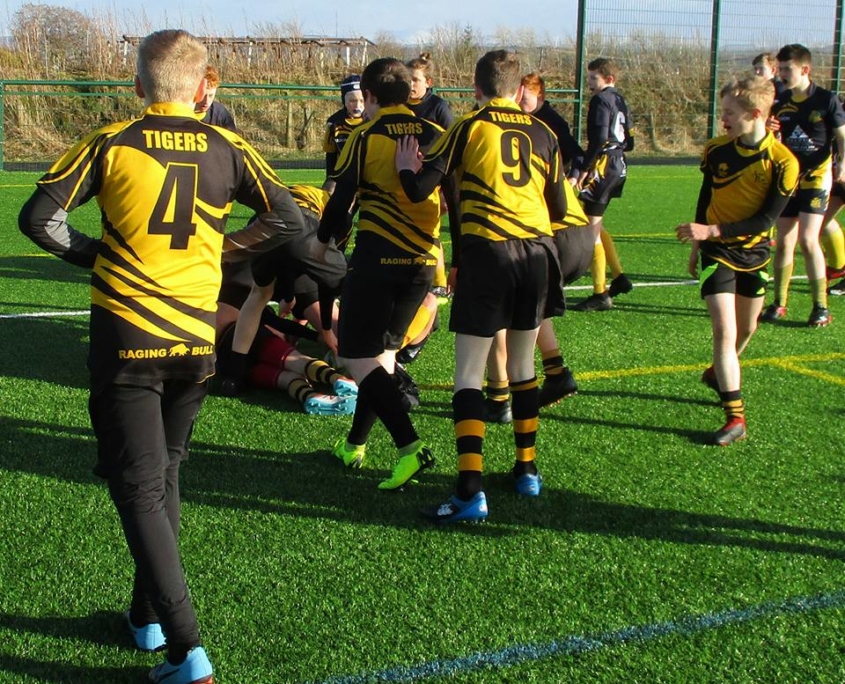 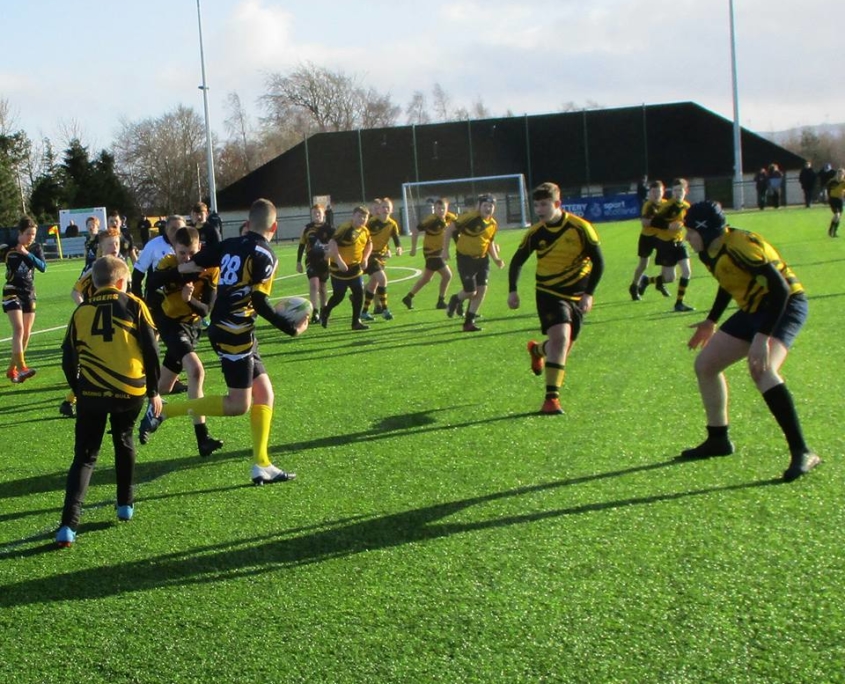