Annan travelled to the Greenlaw on Saturday to take on local rivals in West 1 of the Tennant’s Regional Leagues. This was not only a league fixture but also the second leg of the Chisholm Cup of which Annan were the current holders. Stewartry had already beaten Annan twice this season, once in the league and in the Regional Shield, so Annan were hoping to make amends. To retain the Chisholm Cup Annan needed a 7 point win.

Both teams set out their stalls in the first quarter of the game where the defences of both teams were in top form. The host’s backs, however, were creating more problems for their visitors than Annan were in attack. However, it was the visitors who were first on the scoreboard when standoff James Bigham slotted a penalty when the home forwards were caught offside at a ruck.

Annan’s cause was not helped when prop Ryan Hetherington had to leave the field with a hamstring injury. Hooker Keiran Warrick moved to cover the prop position with wing forward Callum Bell moving to hooker and Callum Smith coming off the bench to fill the wing forward slot. With a comparatively untested front row the Stewartry scrummage gave the visitors a torrid time in the set piece. Stewartry in the second quarter scored two fine backs tries, with one converted, to take a 12-3 lead into half time.

In the second half Annan continued to battle to reduce the deficit with some driving play by both forwards and backs but they were unable to break through the rock solid home defences.

It was Stewartry who added to their score with a further two backs’ tries, one converted, to give the home side a comfortable 21 point lead. In the last quarter of the game Annan threw everything into attack and were rewarded when from some fine driving play from the forwards the ball was fed along the back line with winger James Park driving over to score an unconverted try.

This was a disappointing result for Annan, losing both the league points and the Chisholm Cup, to start the new year and decade.

Special mention to 17 year old Aaron Carmichael who made his first start for Annan 1st XV and played the entire 80 minutes.

Annan will have to regroup from this defeat before welcoming Irvine next Saturday in their first home league game of the year. 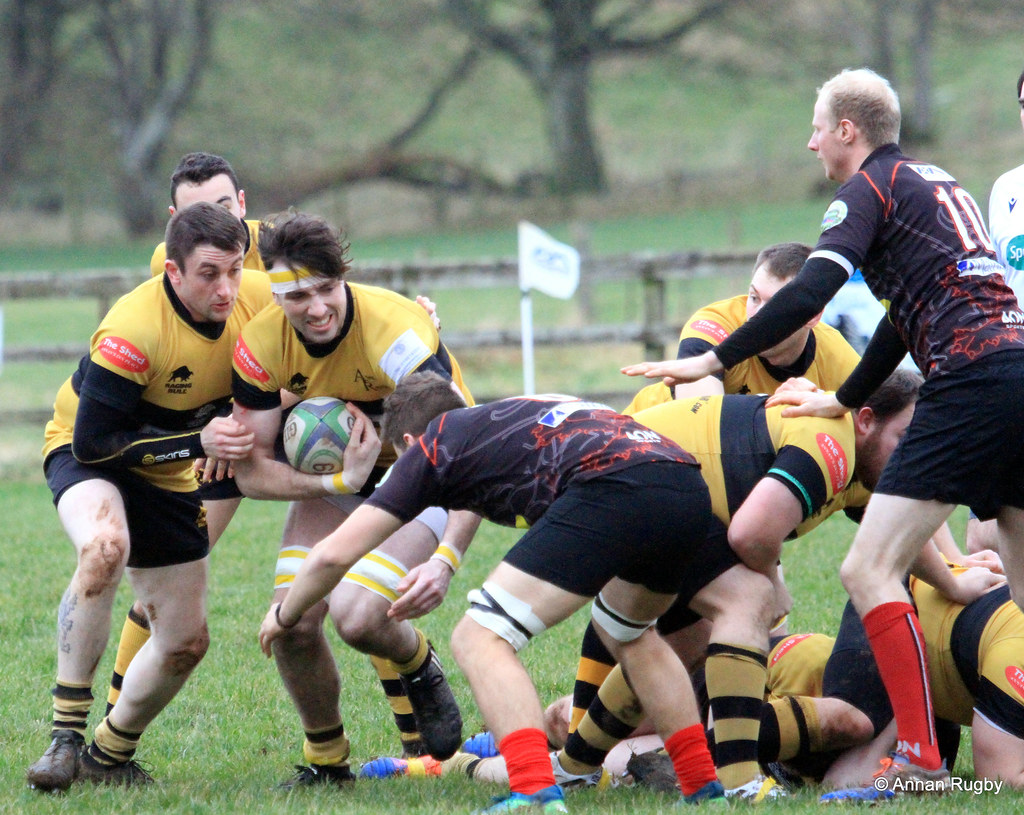