The U16 squad made the short trip up the M74 to local rivals Moffat for their latest game of the new season.  Due to injuries and unavailability Annan had 8 players but by combining with their opponents a 9 aside game took place over 3 15min periods, which on the full size pitch would prove to be a lung bursting challenge for all the players.

The coaches challenged the players to develop their continuity and team play in the second period and to aim for a zero penalty game. Moffat however emerged from their huddle with a renewed energy and took the game to Annan scoring an unconverted try.  From a line-out shortly afterwards Annan showed good awareness and threw to Wallace Alexander at the front who took off down the touchline to score a try converted again by Hamilton. The pace shown by Alexander in scoring his try and his workrate throughout must put his probationary application to the Front Row Union in some jeopardy.

Both teams traded two more tries in the second spell of the game – both Annan’s converted so that the period score ended up 17-21 and the aggregate 17-50.  The team play was improved but the penalty count was two conceded so the coach’s challenge stood and was set for the final period.

Perhaps this took Annan’s mind off the basic game play or maybe Moffat finally found some true form but the third period was dominated by the hosts, who scored 4 tries (2 converted) to 2 tries (Hamilton and Watret) and a conversion by Annan, with 2 further penalties conceded by Annan. So Moffat secured the third period 24-12 but the aggregate score ended 62-41 to the visiting team.

A good run out for the Annan lads who showed some good individual and team skills and generally a tenacity in the tackle over the first two periods.  Hopefully some nagging of friends and some healing of injuries will increase numbers available for coming games and the team can grow and grow.  Best on the day for Annan was Wallace Alexander who continues to show an great appetite for work and no shortage of skill with a clear enjoyment of the game.

Thanks to all the parents for driving their charges to Moffat, out hosts for feeding the lads and ensuring a game went ahead.

Next week Annan host Carrick at Violetbank, kick off to be confirmed. 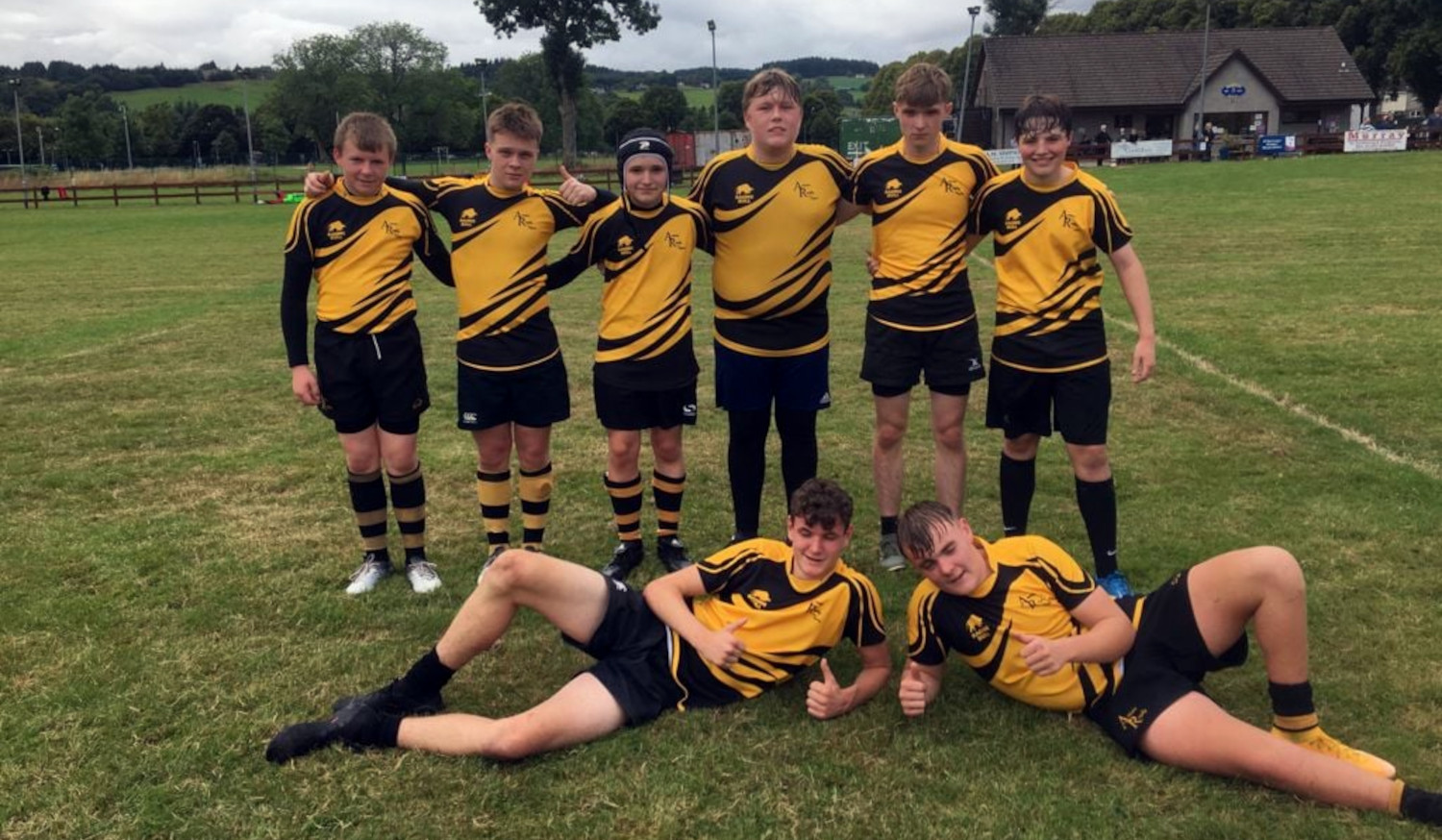 The U16 Tigers squad at Moffat