Annan U14s Tigers made the short trip up the M74 to Moffat for the next instalment of our Galant B league campaign. The weather was kind and this led to a great game of rugby in front of a decent crowd at Holm Park.

Annan are always looking at developing our players and the team selection showed this with plenty of personnel moving positions during the match.

The Tigers were out of the blocks from the start and would not let up for the duration scoring 13 tries and conceding only 3. Remo Armstrong was to open the scoring with a powerful run to score the first of his 3 tries on the day. This was quickly followed by Fraser Courts first touchdown after some fine handling from the Black and Yellows.

More tries were to come from captain Adam Hamilton and Courts 2nd before Ruari Heughan was to score a well worked try from inside his own half. Aaron Kirkup was to convert 3 in this half on a day where he slotted 9 total in a great display with the boot.

The 2nd half was more of the same with Annan scoring 5 more tries from Deacon Henderson, Armstrong and Court bagging 3.

The 3rd half saw Annan shuffle the pack and this let Moffat have a better period which saw them score 2 touchdowns. The Tigers hit back with scores from Armstrong, Hamilton and James Collinge.

Zak Stevenson and Harry Nordon are being developed as scrum halves and did well today. Mason Watret and Remo Armstrong stole turnover ball at will to set up counter attacks aplenty. Kelum Smith is growing in confidence in the front row as is Oban Nicholson at lock forward after moving up from P6/7. Captain Adam Hamilton is leading from the front with effective support from a team now shaping up nicely. Ruari Heughan had an outstanding game playing out of his usual position before retiring hurt after making a crunching tackle on Moffats biggest player.

A bit of a break in games as the October holidays draw near but lots to work on at training. A good overall performance with players moving positions during the match which is vital when you have a small squad of players.

The winning U14 Tigers 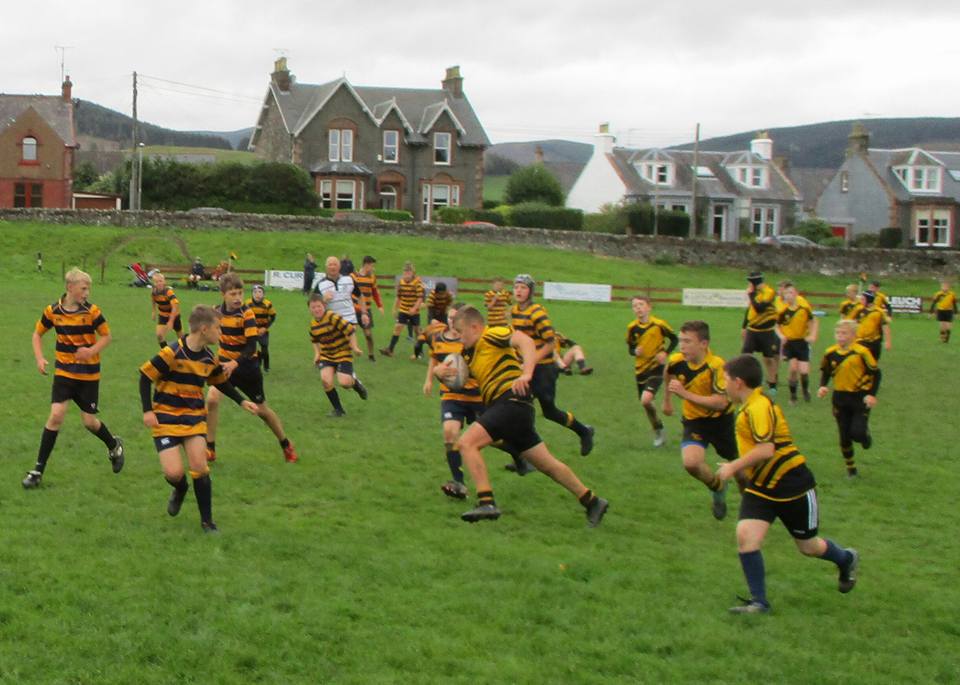 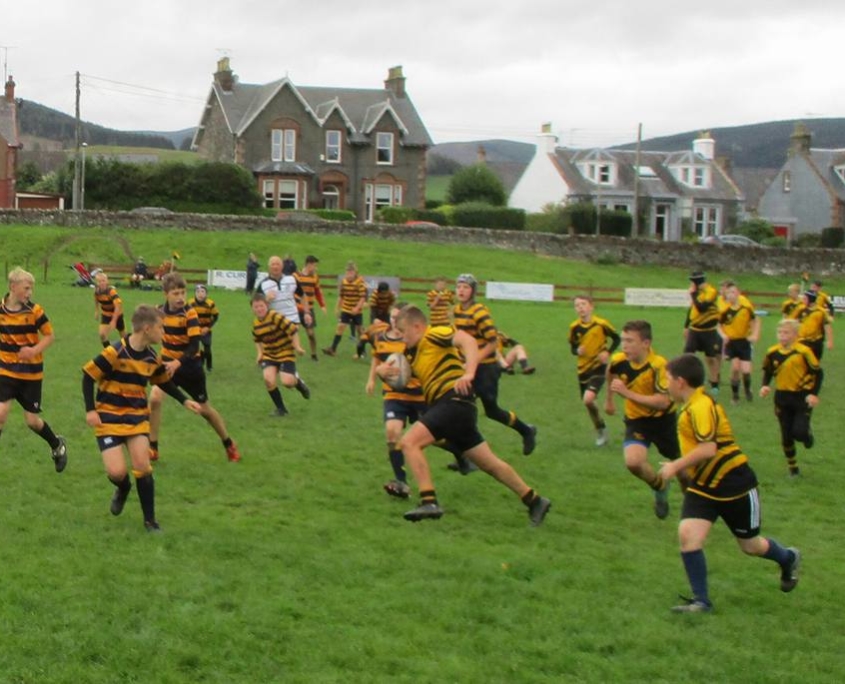 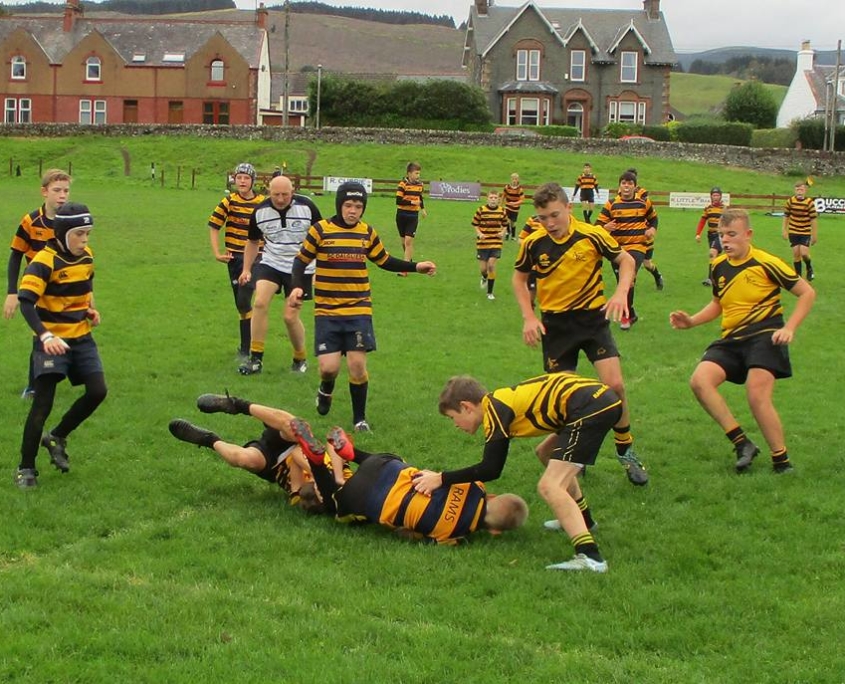 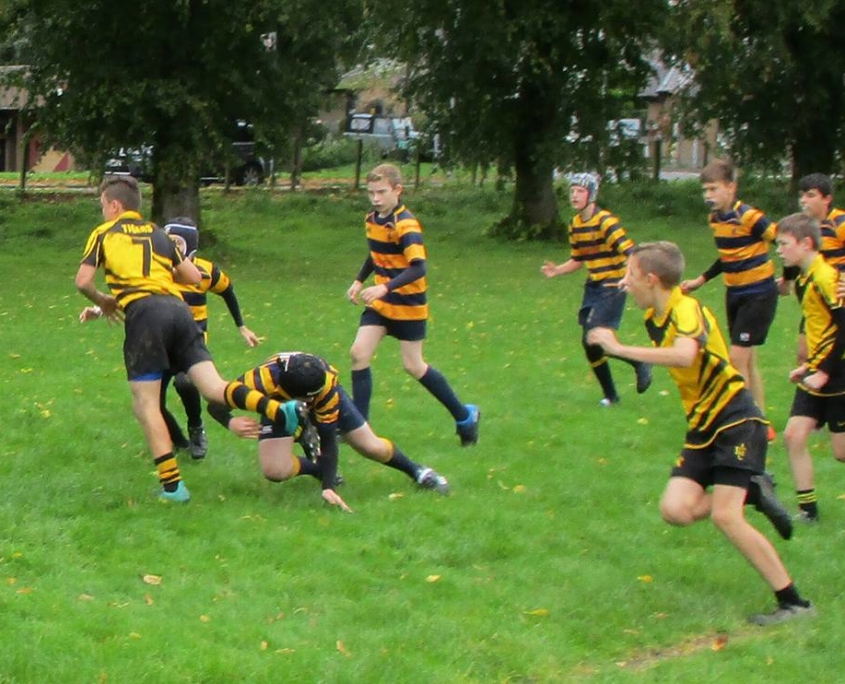 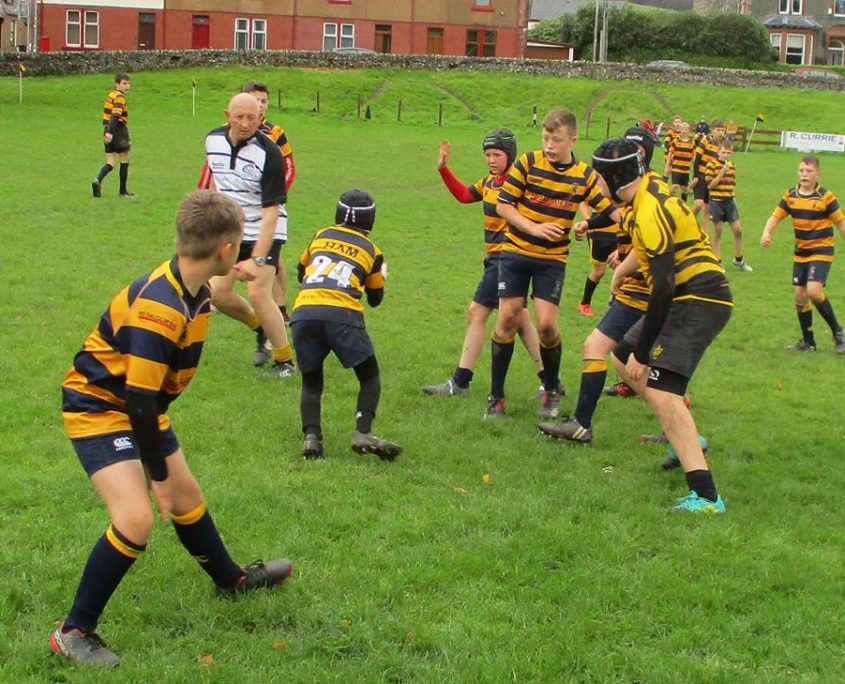 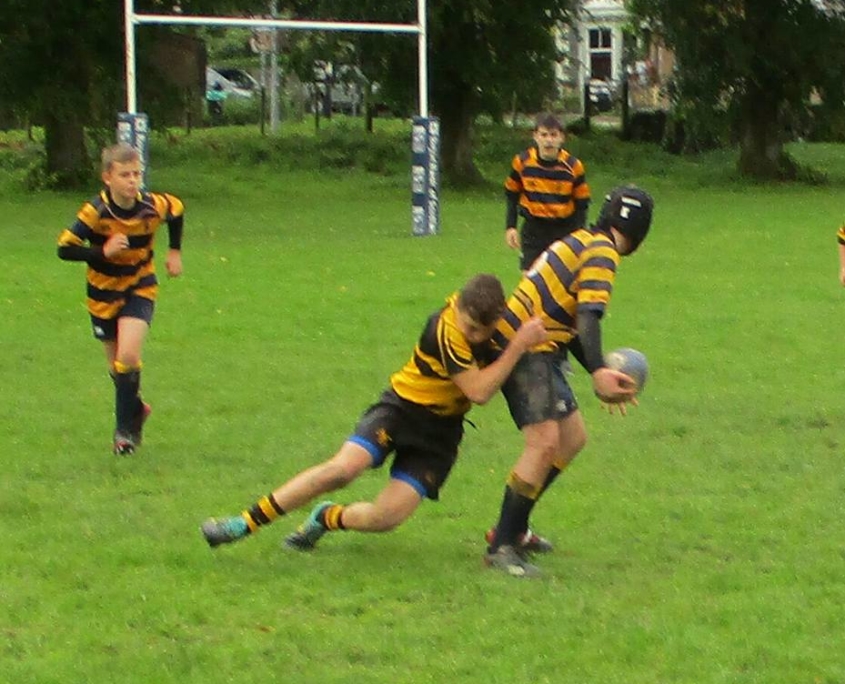 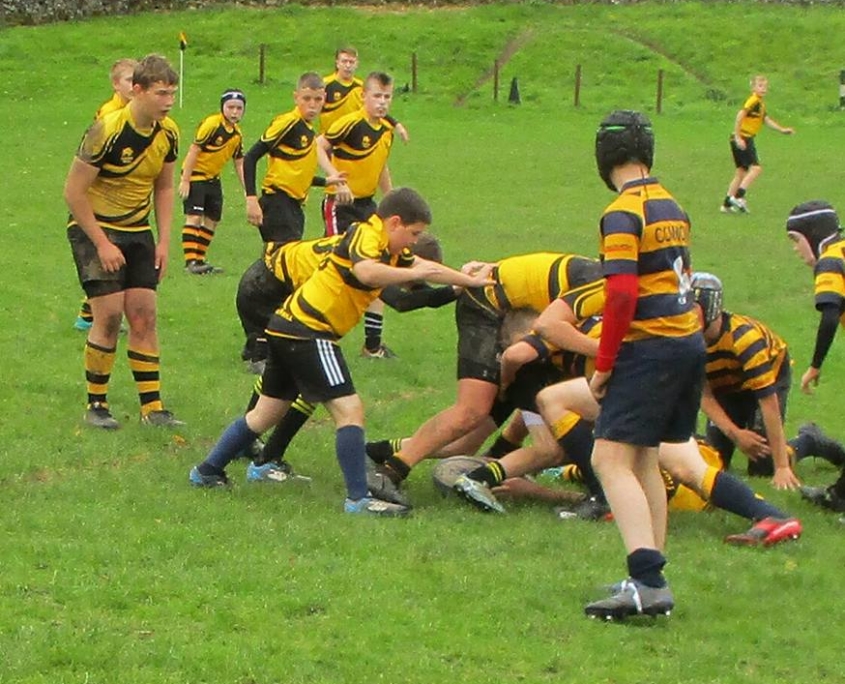 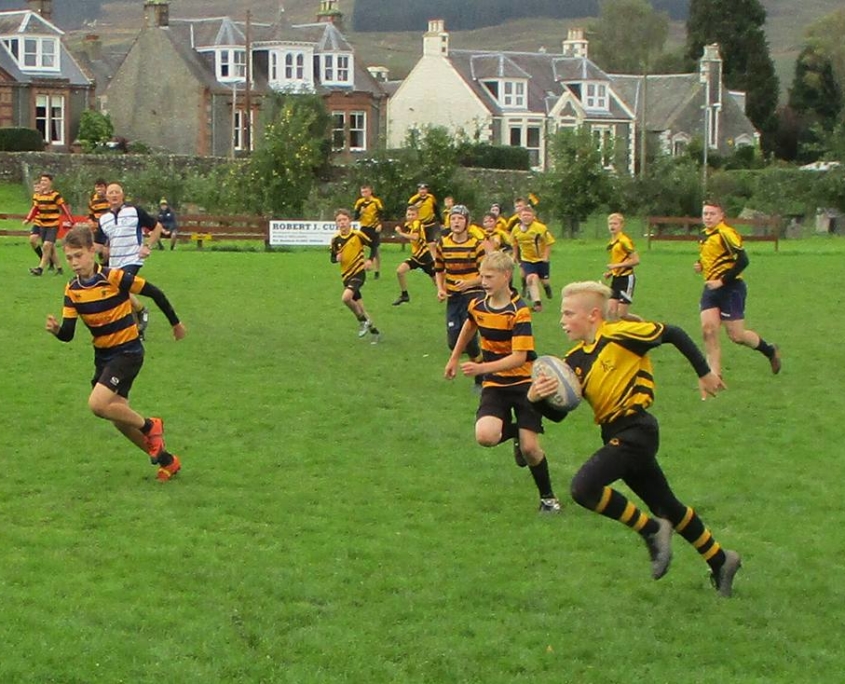 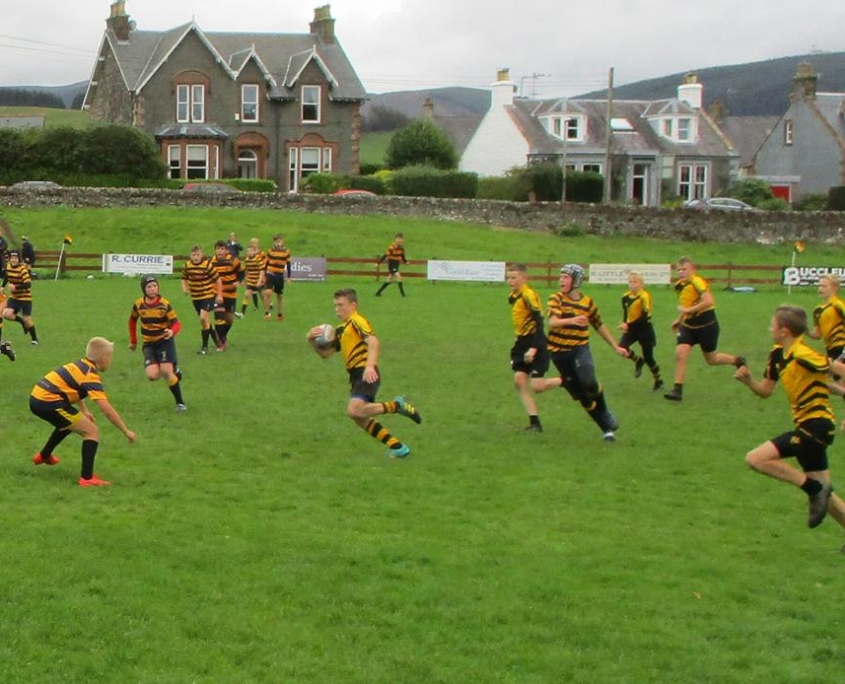 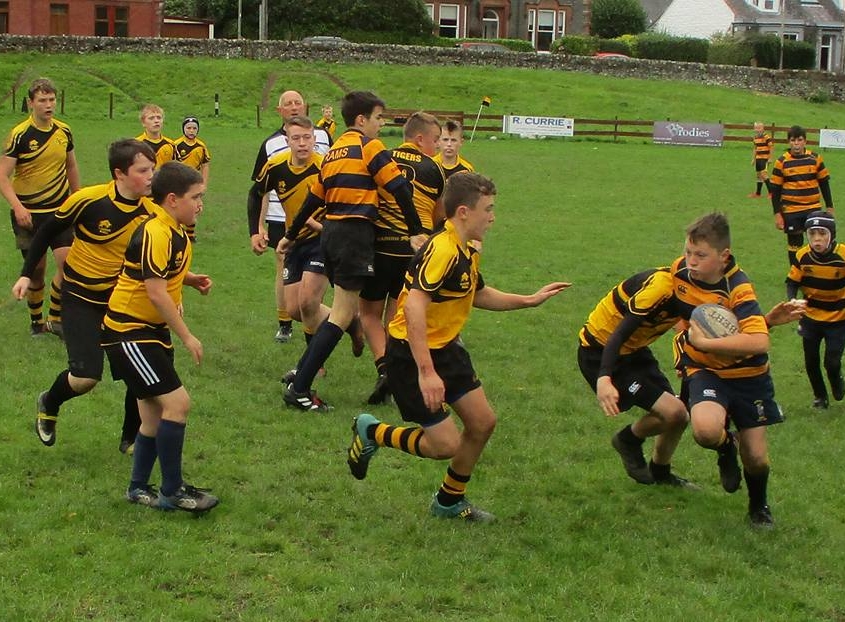 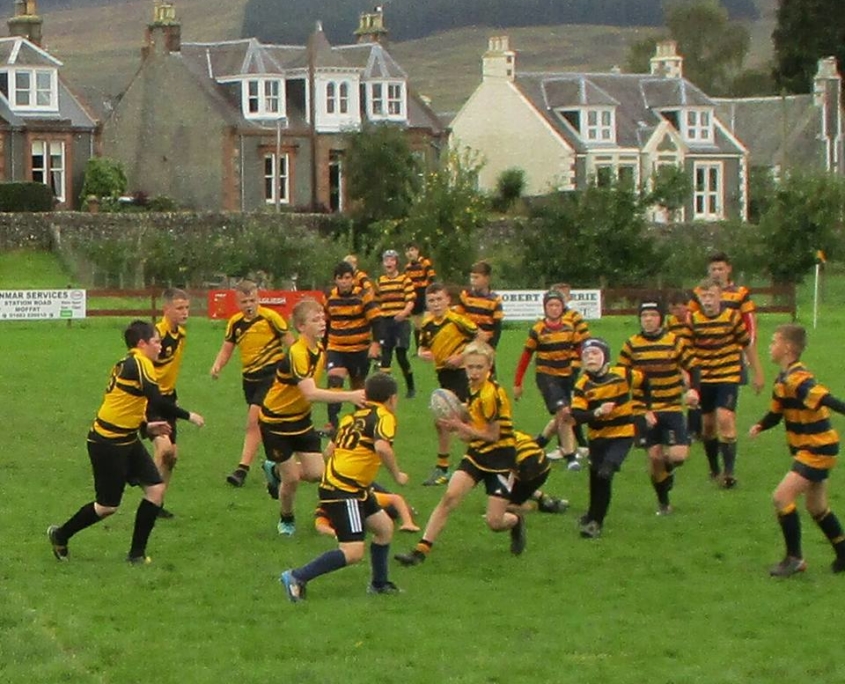 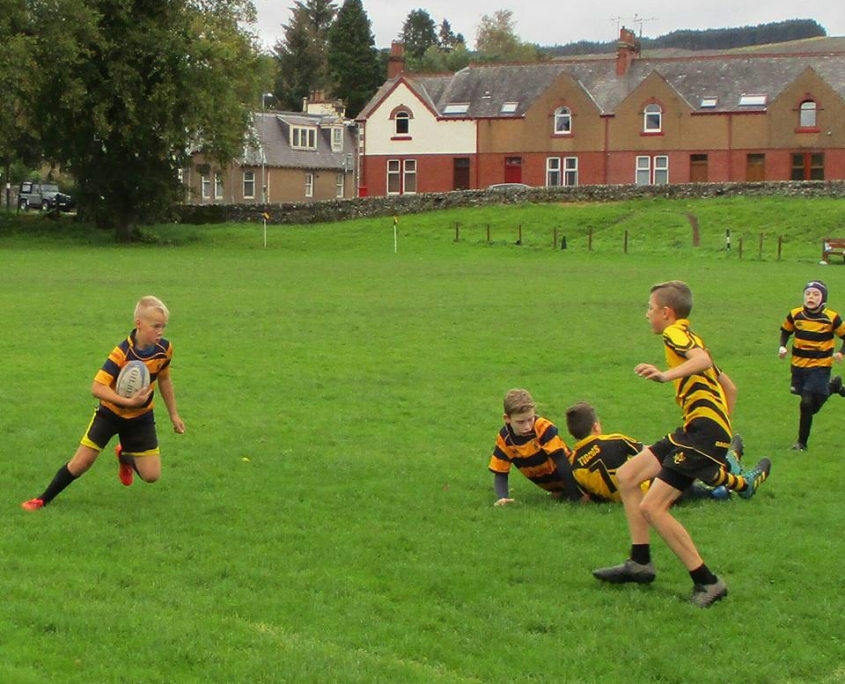 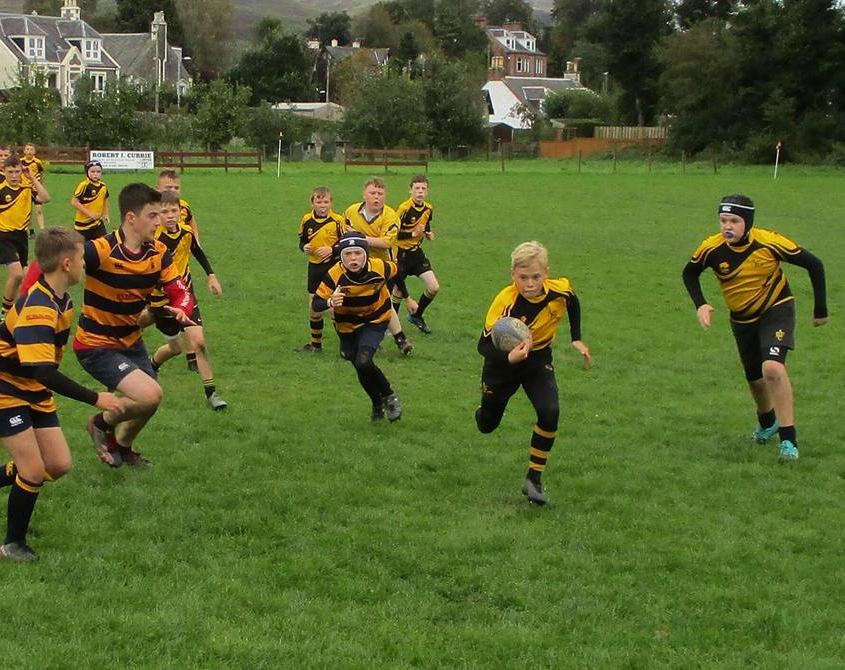 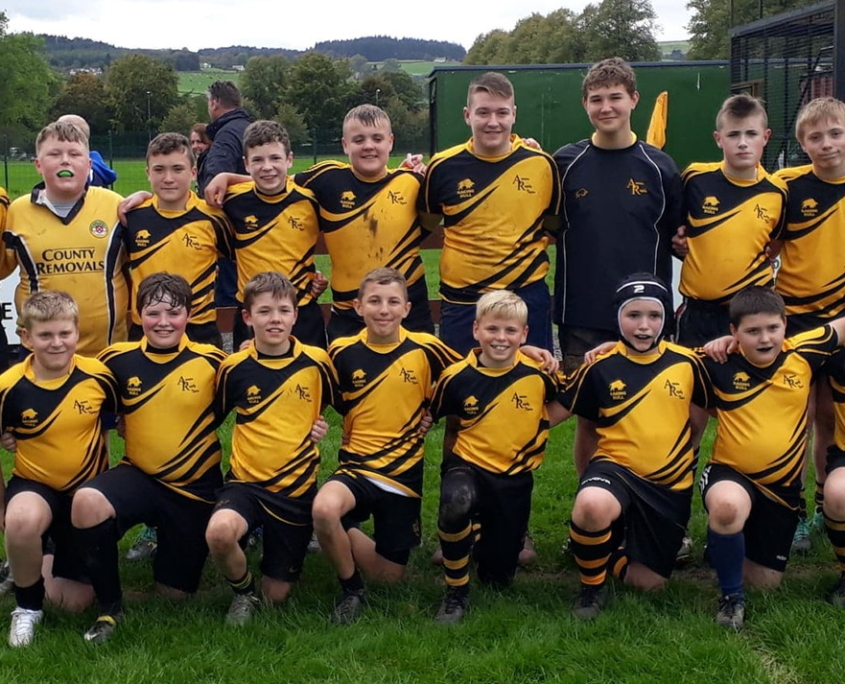