Annan U16s bounced back from last weekend’s heavy defeat to put in a strong performance against their Kilmarnock counterparts to fully deserve the spoils and restore some pride to their jerseys.

The match kicked off under dry but overcast conditions on a decent playing surface for positive attacking rugby. Annan had been briefed to try to run their generally larger opponents around the field through quick rucking and kicking when necessary. After a positive opening Annan opened the scoring when they were awarded a penalty in front of the posts and kicked the three points through the boot of stand-off Fraser McMillan.

From the restart Annan took the game back to Killie and from some quick recycling the ball was popped out to flanker Callum Kirk who had worked well around the corner to find some space and power through a tackle to score. A successful conversion from McMillan made it a 10pt gap and shortly afterwards Annan increased their lead when Josh Cairns made a characteristic charge through the defence to score. Another successful conversion made it 17-0 and Annan appeared to be in charge of the game.

Kilmarnock to their credit came back into the game through some strong forward drives aided in part by some lack lustre defending and this lead to an unconverted try in the right corner.

From the kick off Annan forced the mistake from Kilmarnock and from the scrum 15m in from the left touchline and some 25m out Annan backs produced a wonderful switch attack up the blind side which allowed Euan Watson to break a tackle and work his way over for a try (unconverted).

At this point however Annan switched off and allowed Killie to dominate the remainder of the first half, getting two unconverted tries through close range drives and putting a slight skew on the half time score of 22-15.

Positive messages were relayed at half time to reinforce the game plan and to concentrate on defensive pressure and rucking and from the restart Annan regained the initiative to put their opponents under pressure. This lead to tries through David Templeton, a second for Cairns and a well worked backs try through Ruaraidh Bell, all of which were converted by McMillan to take his match haul to 13pts.

Annan suffered a couple of late injuries when hooker John Mackay went off with a twisted ankle and No 8 Aitken Render took a heavy blow leaving him winded. The disruption of the injuries and another drop in concentration lead to a late unconverted try for the hosts which brought the game to an end and a final score of 20-43 in the visitor’s favour.

A pleasing result overall for the Annan coaches as they saw a reaction to last week’s game, some strong play from forwards and backs alike and yet also enough areas to work on (defence especially) to keep the player’s feet firmly on the floor.

There were several strong performances from the Annan lads, notably McMillan and Watson in the backs and Kirk and Cairns in the looser forward exchanges but player of the day was undoubtedly John Mackay who was dynamic both carrying the ball and in his rucking as well as putting in a good number of strong tackles. Hopefully his ankle injury will not be too bad and he can build on this display.

Thanks to our hosts for the after match food (including a few bags of pasta for Monday lunches!), and for all the parents who helped transport the lads to east Ayrshire. Annan are back in action next Sunday (10th Nov) when they host Strathaven which will be another stern test for this team. 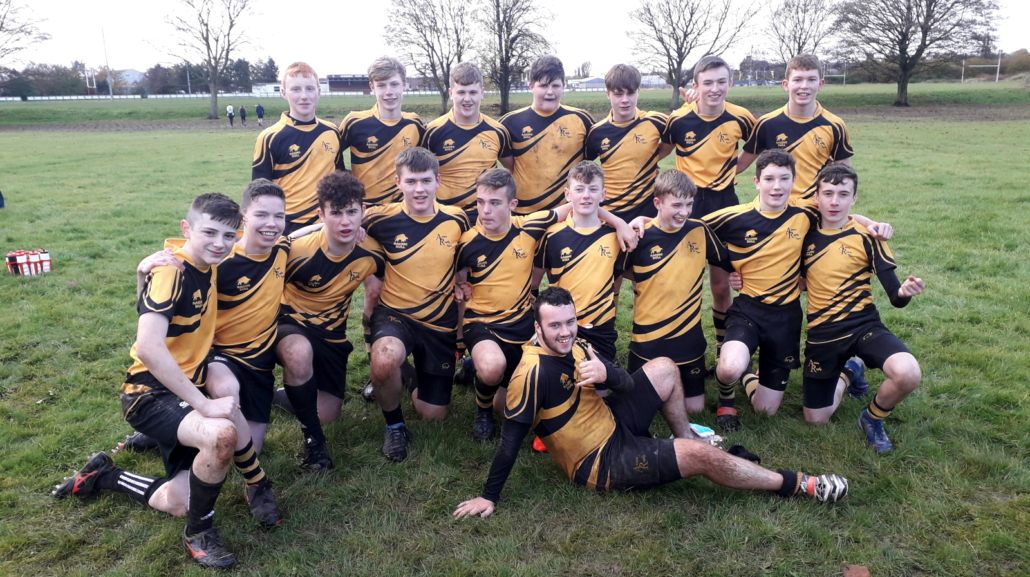 Alas no photos from this match