Annan’s most recent match saw them take on Kilmarnock at Bellsland.

West division 1 is turning out to be a very competitive league with each game very competitive with no foregone conclusion. After a minutes silence for remembrance Annan received the kick off and showed their intent from the outset with some strong forward driving play and accurate kicking forced a penalty on the Killy 22mtr line allowing Bigham the opportunity to put the first points on the board. 0 – 3 after 7 minutes.

The next chunk of the game was evenly matched and end to end with the away side edging out on top on set piece with a solid attaching scrum and line also disrupting defensively causing the home side some problems.

The home team finally crossed the white wash on 37 mins, using their dangerous outside backs bursting through Annan’s defence. Killy now had their tails up and added a non converted try before the break.

After the restart Annan again started well with the forwards stamping their authority on the game with Michael Thompson scoring in the corner, conversion missed.

5 mins later Annan were in a strong attacking position with a scrum 5 meters out from the Kilmarnock line. The scrum gave Sean Haren a platform to carry 5 defenders with him to score a well earned try. Bigham added the extras. Score 12 – 15, Annan take the lead.

A combination of the home teams determination and the away teams complacency saw Killy score within 3 mins of Annan taking the lead, again their dangerous backs doing the damage. To add more salt in the wounds of the away side the lads in white and red gained their try bonus point by scoring for a 4th time, the cross bar helped the conversion be successful. Despite Annan’s efforts in the last 5 mins the full time score was 26 – 15.

Annan’s forwards are working well together with Haren and Thompson being the pick of the bunch, also great to see the first 1st team appearance from young Aaron Carmichael and Ryan Armstrong, who I’m sure have a bright future in the squad.

Annan now need to rebuild for a physical encounter against Strathendrick at Violetbank next Saturday. 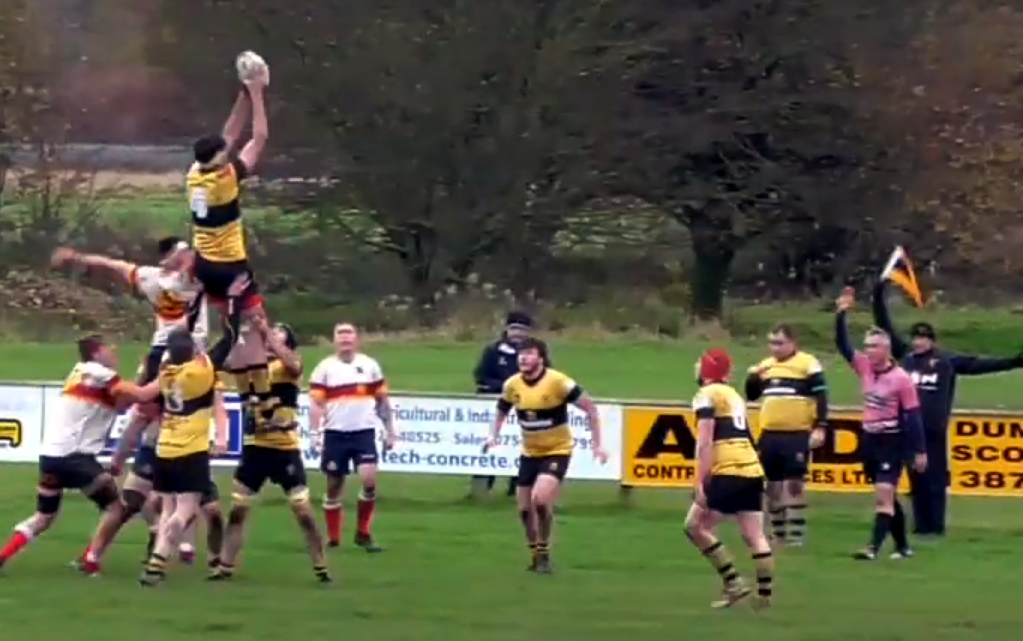 Lurch with the take