The 15 U14 Hornets made the trip down to new friends Egremont Valkyries for the return of their visit earlier in the deason slightly hampered by a couple of late call offs due to illness. The game was played with 13 players a side & over 4 x 15 min periods.

As with 1st encounter both teams were well matched & the game flowed from end to end.

It took the Hornets a wee while to get into their stride giving the hosts a bit more time n space than hoped, with the Valkyries taking chances to get the ball & utilise their strong running speedy backs with the hosts coming out on top scoring 9 tries & 4 conversions to the Hornets 3 tries.

Both coaches agreed that the score didn’t reflect the game & effort both teams put in, with the referee saying to the girls they had played brilliantly at the end of the game.

All the girls played well n got stuck in throughout & the potential is plain to see with this team. Work in their defensive organisation & further exposure to rucking will see improvements come quickly.

Finally an apology from me if I called girls by the wrong name as at one point pre match I managed to call one Poppy n was wondering to myself why they all looked at me like I was daft.

The coaching team of the day of myself, Ian & James agreed that forward of the match was Ava-May Bell who played her 1st game at hooker.

In the backs Emily Harrison took the plaudits at full back / centre.

A special mention also to Ava Thompson & Daisy Hilton who both played their 1st games for the Hornets.

Finally thanks to our travelling support for transporting the girls down & support on the touchline & also our hosts at Egremont for the kind welcome & aftermatch hospitality.

Addition from TM Terri – Thank you from me to Colin, Ian and James for helping on the sidelines. 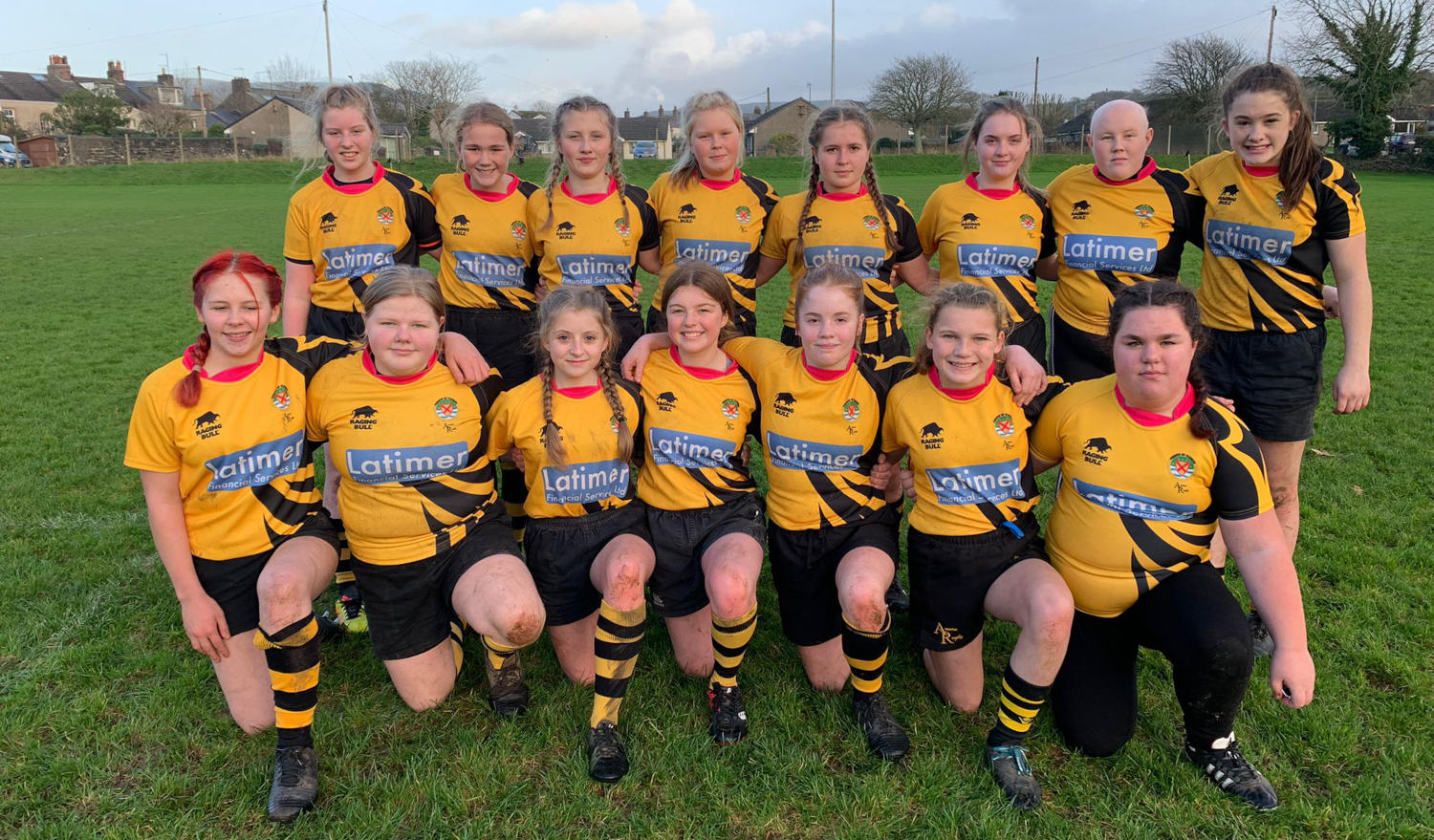 Some photos can be found at: David H Photography

2 great efforts from the Hornets!

The full match can be found at: