The Annan U14 Tigers made the trip up the M74 to Calder Glen Country Park to play East Kilbride for the first time hoping to keep their 100% winning run intact. With a full squad of 19 Annan were able to rest players during the match as this would be their 5 match in 21 days.

The hosts kicked off in wet slippy conditions and were first on the scoreboard after some nice play by their backs.

Tigers hit straight back with strong running by James Collinge saw him cross the line to score.

A lucky take from a sliced kick was to see Kilbride score again before Annan took control with scores from Deacon Henderson and 2 tries from Fraser Court.

Fraser Court was to bag his hat trick at the start of the second period and a powerful drive in contact was to see captain Adam Hamilton touch down over the line. East Kilbride were to get another score to keep the Tigers on their toes.

The home side came at the Black and Yellows in the last period and scored a good running try before Annan hit back with a text book running drive from Oban Nicholson who was never going to be stopped from scoring his first of the season.

Collinge was to touch down again before Remo Armstrong nipped in for his score. Aaron Kirkup was to convert 6 conversions to cement his place as the top goalkicker in the club.

A final score of East Kilbride 18 – 33 Annan was a fair reflection on the day and a game played by 2 honest teams in great spirit has seen the Tigers add to their list of teams looking to play them again and we look forward to seeing them in the new year.

A good win against a good team is always nice but for it to be our 8th on the trot was the icing on the cake and to see the lads in their new polo tops after the game was only what this group of remarkable young lads richly deserve. 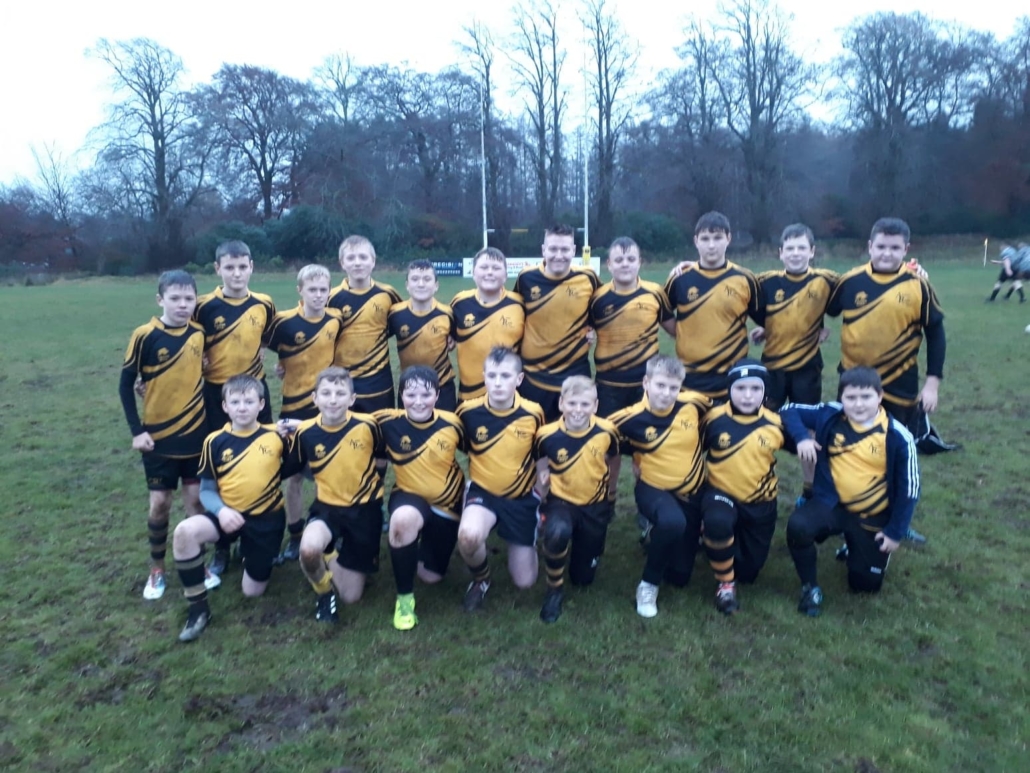 Alas none at the moment