Annan U16 Boys squad played their third game in 2 weeks on Thursday night as they visited Park Farm to take on the Dumfries equivalents.

Of the three fixtures the team had lined up in June this was always expected to be the toughest and so it proved but the squad did their coaches and watching parents proud as the battled hard throughout the two 20 min periods.

On a windy gloomy evening Annan kicked off with the breeze behind them but Dumfries dominated possession and ran hard and directly to make ground up the pitch. Annan tackled well, but Dumfries runners carried momentum and eventually they scored a converted try.

The remainder of the first period followed a similar pattern with the hosts playing solidly into the wind and Annan struggling to put together more than a handful of phases before either making an error or losing the ball at the breakdown where the host’s speed onto the ‘jackal’ was getting the better of Annan.  Two more converted tries were scored in the first period to make it 21-0.

Turning around to play into the wind, the chat from the coaches was that this was decision time for their charges – either stand up and battle hard or lay down and surrender. An early score after the re-start was not ideal but after that Annan did indeed show real mettle and determination and started to play good rugby.

Their set piece was solid throughout and when the backs got the ball breaks were being made – notably by standoff Fraser McMillan and inside centre Euan Watson.

The game swung back and forth and then from a midfield breakdown McMillan attacked the line with runners offering options – a shimmy and show and he made the break and had a good 50m still to go. Somehow he evaded the Dumfries cover defence and scored near to the posts to make his conversion a formality and the 2nd period was a draw!

In the Third Period Dumfries offered Annan a couple of players to bolster the squad and allow their larger squad some playing time. These players were mixed again after 10 minutes and there was more good play from all Annan players, continuing to work hard and make their tackles.

None of the Annan players can be ashamed of their play during this game – none shirked the hard work and once they had adjusted to the increased speed and physicality compared to the previous games they showed a good team spirit and never let heads drop.

They were led superbly as usual by their captain Aitken Render who tackled around bootlaces all evening and still managed to be at 90% of the breakdowns, but Coaches Player of the Match from the Annan squad was McMillan, not only for the try but the other breaks and bravery in the face of the marauding Dumfries backrow thundering down his channel. 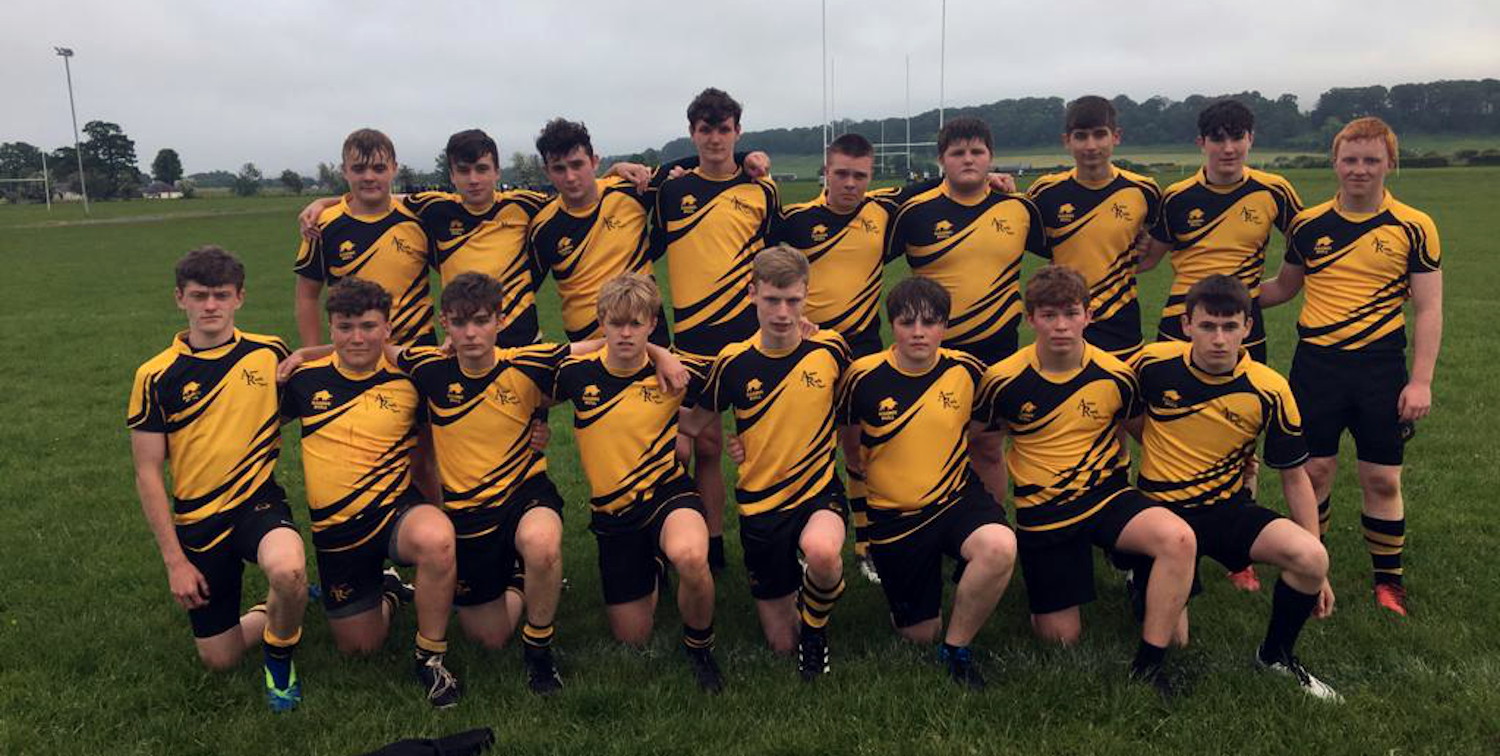 The Annan U16 lads