On Sunday October 23rd the U14 Hornets were on the road to Dalziel.

We arrived in good time which allowed us to go through every planned move/ruck situation/tackle scenarios and game play/shape. With a few girls asking for clarification on a few points.

Lower in numbers today with illness/work and holidays taking our numbers down to 8.

Dalziel are a new team at girls rugby and I wasn’t anticipating a tough for my team (how wrong was I). A conversation with a fellow U14 coach on the way up told me they were a tough team.

We started with one of our usual bang it up the middle bash them moves – we scored. However, as like last week against Netherhall, these girls know how to tackle and quite often stopped us in our tracks.

The first quarter ended 4-3 to Dalziel and it was only in at the end of the last quarter that we managed to sneak a win.

U14 Hornets in action

Our vote for Player of the Day for Annan was Eva and for Dalziel Emily. Dalziel voted for Shaenah.

I must mention our 3 star girls in the scrum – Eva, Pagan and Sarah – excellent work.

We make games hard for ourselves. Don’t value and look after the ball enough and throw it away at times when the better option is to go to ground and ruck over.

We are too slow to enter the rucks and give opposition too much space in open play. All things we can improve on and fix if we apply in games what we are coached to do.

Pleasing to see our planned moves working but teams are working us out so will need to adjust to some new moves.

I have every confidence in our girls scoring tries, it’s the defence that lets us down at times. Anna tackled well with dominant tackles and Emily with her latch on and slide down the legs but if we give fast or strong runners space we make it easy for them,

Quite good that the girls are familiar with the rules and know how to play the ref. One rule is that you can target the ball however not all ref pick up on this so are coached to do it until penalised. One such incident happened when Dalziel were over our try line and Shaenah targeted the ball to prevent a score. She was penalised, however what else could you do in a situation like that?

A win but I am still wanting more as this team has a lots of potential. Probably put this game east 70% of what we can achieve.

Thanks to Dalziel for a great game and hospitality. To our drivers and travelling support and to the U14 Hornets – Thanks.

Photos of the matches thanks to Ashley Graham 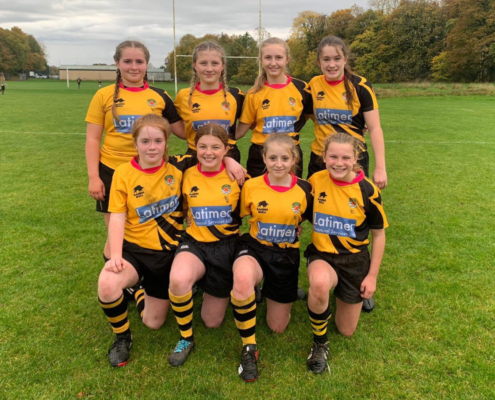 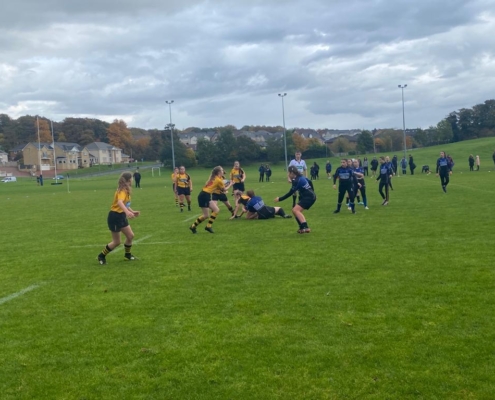 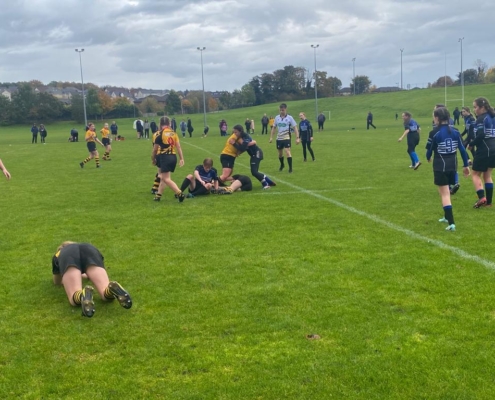 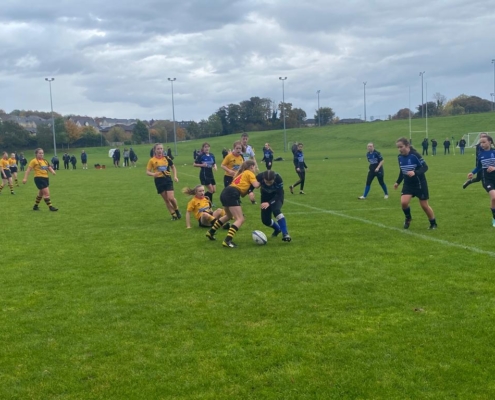 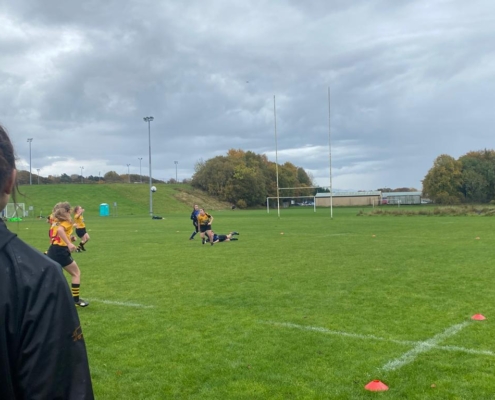 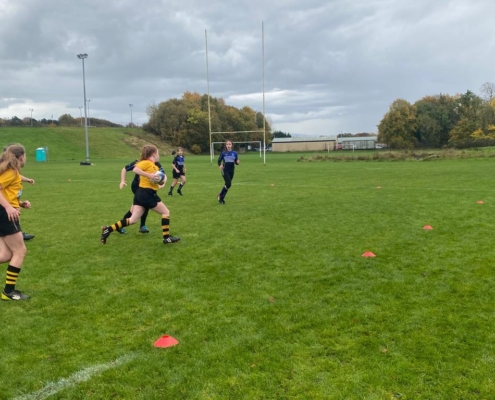 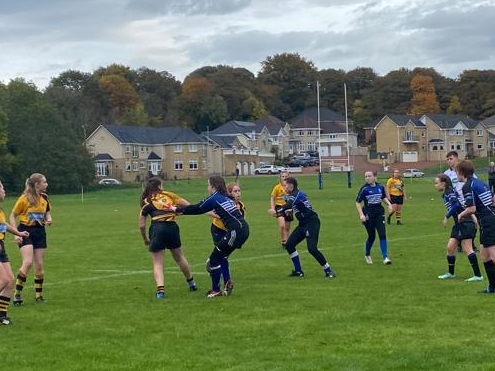 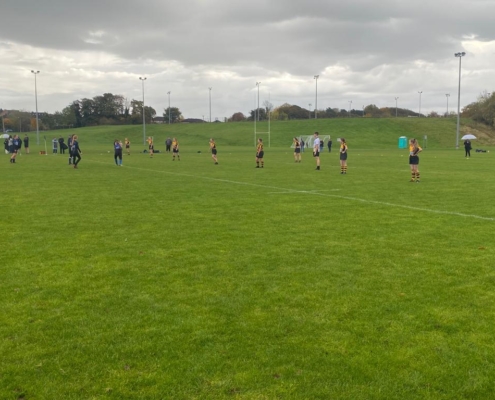 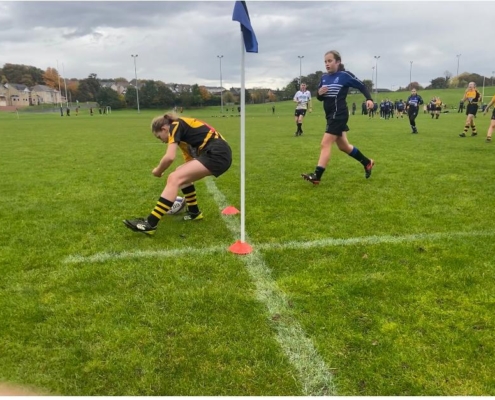 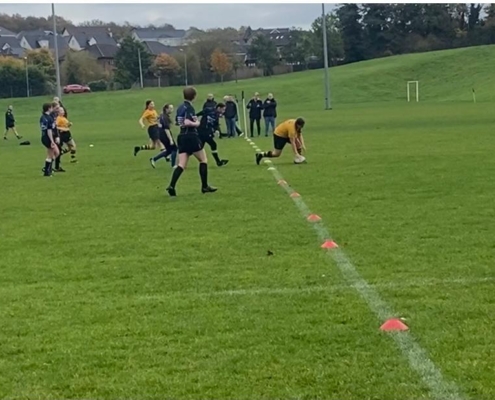 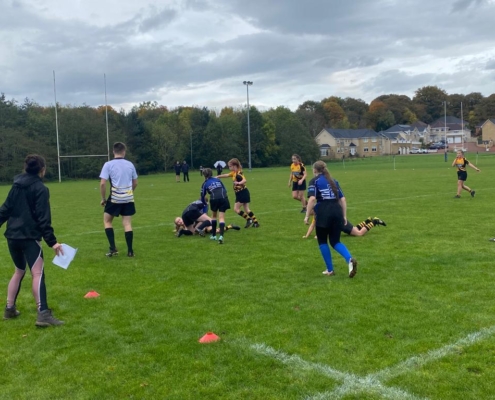 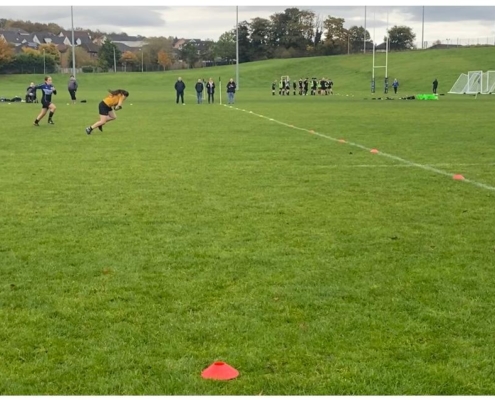 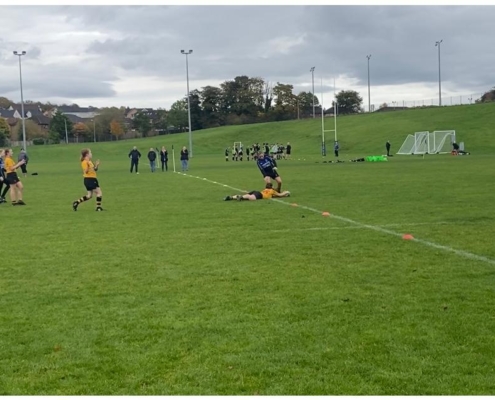 3 quick tries in 8 seconds from the Hornets!