Annan U18 boys travelled to Cumnock on Saturday 12th March to take on their counterparts in the return fixture from earlier this year – and with a squad of 13 players which was matched by their hosts.

The game kicked off in light drizzle but this soon gave way to a bright early Spring day and an entertaining and fast game unfolded on the excellent 4G pitch.

Annan started brightly and put some good phases together with John Glendinning in particular showing up well. The pressure eventually told and good ball was spun wide through the backs to winger Chris Brown to cross for the first score converted by Fraser McMillan who was to kick well from the tee all day.

The game remained very open and fast paced with a combination of some good play and handling errors adding to the excitement for the small group of friends and family watching on. Annan added a 2nd try mid way through the first half as a break from a scrum by McMillan saw him put in a chip over the defence and although he was blocked on the follow up Aitken Render was in good support and regathered the chip and sped under the posts for a simple conversion and a 14-0 lead.

Cumnock came back into the game for a spell and forced their way over for a converted try. In the spell of play leading to the score centre Callum Kirk was injured and the Annan coaches were grateful that Cumnock matched numbers down to 12. Annan responded well to the score and claimed a third try just on the half time whistle when Euan Watson, playing scrum half sniped from the base and evaded the covering defenders to touch down near the posts and McMillan added the extras.

21-7 to the visitors at half time and a good position for the coaches to reinforce the game plan and try to gird the loins of the team for the expected response from Cumnock.

Unfortunately for the Annan coaches it seemed the message was not received as Cumnock scored three tries in quick succession at the start of the second period to swing the game on its axle and take complete control at 33-21.

To Annan’s credit they produced the desired response and played some excellent rugby finding space off kicks, Ruaridh Bell making good ground on several occasions, and winning quick ball. From good field position Annan actually lost the ball close to the Cumnock line but with good pressure on the clearance kick Watson was able to touch down and close the gap with the conversion added.

Annan continued to dominate territory and from further pressure were awarded a series of penalties close to the line and from one lock forward Mason Watret crashed over to score and with the kick the score was 35-33 to Annan and around 5mins to play.

Spurred into action Cumnock camped in the Annan 22 zone and although Annan held a couple of charges by the hosts eventually a score was awarded in the right hand corner to return the lead to Cumnock.

There was time for one more play from the re-start but there was a knock on and the game was over.

On reflection these are two well matched squads in their development phase – each has strengths and weaknesses but both also have obvious enthusiasm and good team spirit. This experience will add to the Annan boys – several of whom have another 2 seasons at this level ahead of them.

None of the Annan players can be too upset with their showing during the game and it is difficult to pick out any individual player of the match but those that caught the eye in particular were Watret, Glendinning, Render and Josh Halliday.

At time of writing there are no more games scheduled this season but training sessions will continue for as long as numbers are healthy.

Thanks to all who helped transport the squad to the game especially Stuart Halliday who acted as co-pilot on the minibus and our thanks to Cumnock for the hospitality and allowing the squad to watch the Scotland v Italy game in the clubhouse after the game. 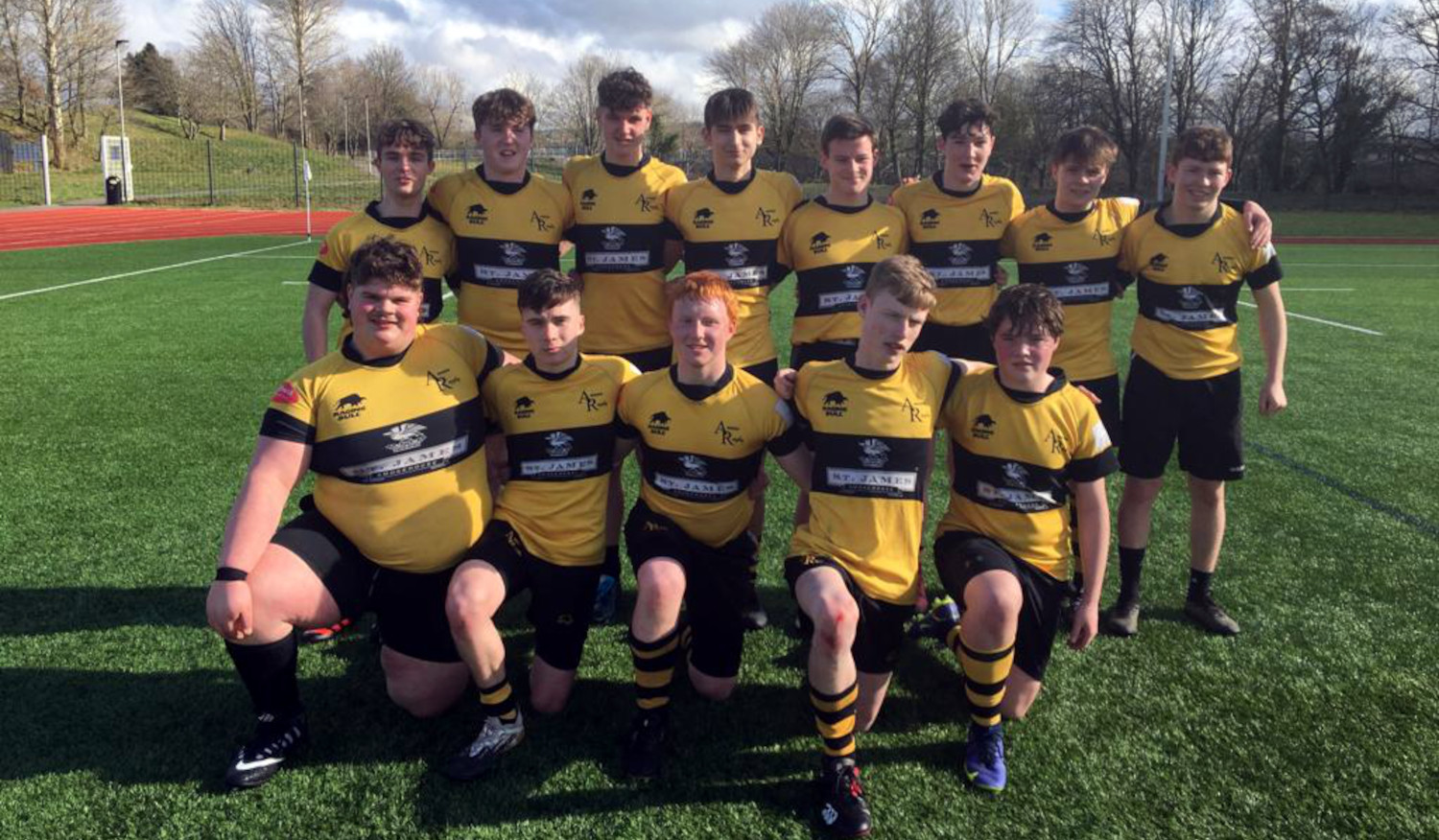