Off on the road once more the Warriors headed to Holm Park to play Bishopton Ladies with a squad of only 11 due to injury & players taking advantage of school holidays to grab some winter sun.

With the game being played under Game On principles playing 4 x 20 min periods, with 5 forwards & 6 backs although the Warriors were stretched further having to use prop Ashley Clark & 2nd row Hannah Paterson as a makeshift centre partnership.

For the 1st 20 the Warriors started well retaining the ball for numerous phases to great effect with captain Nicole Barlow bursting away to score under the posts converting the try to the amazement of the travelling support.

With Annan having all the pressure the 2nd score looked certain to come only for the ball to be spilled allowing Bishopton to swoop & race clear to score & convert to draw level.

With the final play of the period Annan drove forward with Ashley Clark carrying hard going over to score from 10m out.

A quick break for both teams & the 2nd period commenced with as per the 1st Annan having the bulk of possession & territory their cause further aided with a 3rd try coming from Megan Muir.

Knowing the job was still only half done the Warriors headed into the 2nd half confident & determined to keep the quality performance going. This period was a bit scrappier than the preceding two with the Warriors giving what seemed to be one too many passes at time allowing the hosts into the game more, however the staunch Warriors defence held secure.

With an Annan surge into Bishopton territory resulting in the Warriors bonus point try coming from standoff Ali Cook who was playing her 1st game for 3 years.

Heading into the final period the Warriors began to understandably tire allowing Bishopton to score a 2nd try. However the Warriors were not done & after several phases of play Annan scored another try from Rhianna Parker-Clevett.

With the clock ticking down Annan lost Ali Cook with a cut to the eye taking them down to 10 players. This loss causing a bit of disorganisation in the ranks with the hosts taking advantage to score 2 tries with one converted.

Unfortunately soon after the restart Annan prop Megan Cother suffered a game ending injury to her ankle which subsequently forced the referee to call time due to the Warriors falling below the 10 needed to continue the game, meaning the score at the time being final.

A fantastic result for the Warriors considering that the hosts had 22 players available on the day which allowed them to refresh players throughout.

Hard to single out 1 player as all 11 put in a fantastic effort. Forward of the match went to Eilidh Jardine with back of match going jointly to Becca Carroll & Katie Morrison who both played their best games in Warriors colours.

A special mention to Ali Cook as previously mentioned playing her 1st game in 3 years with her guidance, control & drive setting a great standard for the other 10 to follow.

Annan remain on the road next weekend when they take the long trek to Oban with what looks to be more players available to travel. 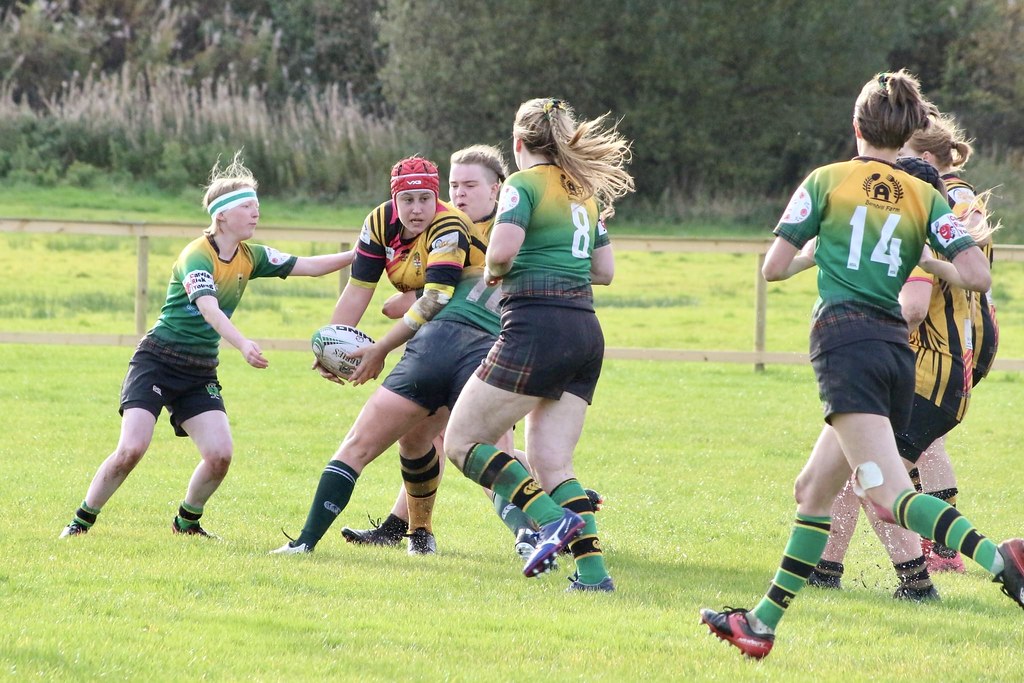