After the cancellation of the Senior Mens league game on Saturday the Warriors had the honour of opening the senior teams league campaigns at Violetbank against local neighbours the Stewartry Sirens, with it being 658 days since they last played a home league match.

Following a minute’s applause in memory of former Annan President Ronnie Anderson & former SRU representative Adam Gray & all those who have passed away during the pandemic, what was sure to be closely contested fixture kicked off in glorious September weather.

From the kick-off after Annan failed to gather & the Sirens got straight into their game testing the Annan defence from the off.

It was on 8 minutes that the deadlock was broken when the Sirens scored the opening try after bursting the Annan defence.

Not the best start but Annan pushed on knowing there was a long way to go, from the kick-off again Annan struggled to get the ball with the Sirens experienced 10 pinning them back with good positional kicking & it was following one of theses kicks that they gained a turnover to score their 2nd try out wide.

It wasn’t really until 15 mins had gone when Annan finally managed to retain some possession with Megan Muir, Kayleigh Warrick & Jane Stewart carrying hard gaining ground. From a penalty Annan kicked to the corner & following 3 or 4 quick phases of play recycled the ball for Ellie Henderson to breenge over for her 1st Warriors league try, which was duly converted by Mally McGeoch.

This score lifted the Warriors spirits & for the remainder of the half it was a keenly contested game.

Refreshed Annan took to the field for the 2nd half with hope of scoring early to get back into the game.

The 2nd half started off at a pace again, but the Warrior struggled to retain possession & were under pressure in both scrum & lineout with Annan ball they got scrappy & under pressure, with the Stewartry lineout becoming more dominant & their driving maul gaining yards at will.

It was from a driving maul that the Sirens scored a further two tries in the half with Annan unable to reply. Another from close range & a 4th coming from their pacy centre.

Not the result the Warriors were looking for to start the season but lots of positives to be taken with as always plenty to work on going forward. On a down note injuries to Mally McGeoch, Caitlin Ritchie & Eilidh Jardine could challenge the squad early in the season.

Best for Annan in the forwards were Megan Muir, Ellie Henderson & Kayleigh Warrick, in the backs Mally McGeoch, Ciara O’Connell & Kim Taylor, with the Sirens picking Kayleigh Warrick as player of the match.

Back to work at training on Tuesday to lick the wounds & get back to work to prepare for the visit of Howe Harlequins next Sunday. 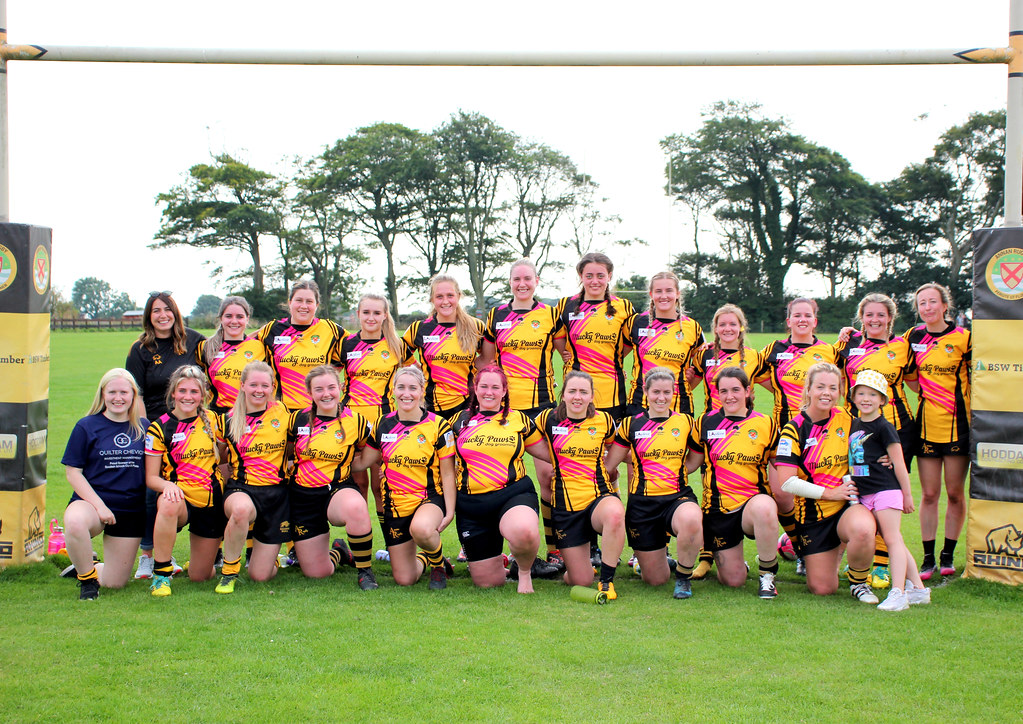