The Warriors took to the field for the 2nd time in preseason for a friendly against Kelso Ladies at sun drenched Violetbank.

With a number of players unavailable due to holidays / work commitments the Warriors were only able to call on 14 players to start before being joined by Nadine Barnes part way through the 1st half.

From the kick-off Annan were put under pressure by the larger Kelso pack, who carried close to the ruck & made inroads to the Annan defence. Annan’s cause wasn’t helped with when early in the piece Chelsea Barnes had to leave the pitch after receiving a head knock not to return.

In the first 20 minutes the Warriors had very little possession and if it wasn’t for good scramble defence & some Kelso mistakes would have conceded more than the two tries they did.

A further try from the Kelso forwards early in the 2nd period took them 19 points ahead before Annan finally managed to string some play together. With Annan stringing some phases together they broke for Captain Nicole Barlow to score close to the posts for Mally McGeoch to convert.

This buoyed the Warriors confidence & from the kick-off went straight back on the attack & from a turnover in midfield stand off Mally broke & sidestepped 3 players before racing into score.

The 2nd half kicked off once more & with Kelso refreshed they pushed forward again playing a physical game quite close to the ruck, scoring a 3rd try close in to increase their lead to 12 points. During the 3rd period Annan lost a further two players to injury with Correy Clark & Linden Moffat leaving the field.

Meaning the remainder of the game was played out with 12 playing 15. The Warriors knew that due to combination of the heat, lack of numbers & the early signs of fatigue that it was going to take a big effort to come back in the final period.

Into the final quarter Annan got going and changed their game slightly trying to utilise their extra pace out wide & make the larger Kelso forwards work really hard in defence. This play paid dividends when through big carries from forwards, Julie Dalgliesh, Nadine Barnes & Lily Glendinning & good hands from the backs with the ball being spread almost the full width of the pitch winger Kirsty Barlow raced into score a cracking try with Mally converting.

So, with about 8 minutes to go Annan were only 5 points behind, retaining the kick-off the Warriors went on the charge looking for their 4th try, and a what looked like an unlikely win.

This time is was the backs who led the way with Eilidh Henderson , Allana McWilliam & Megan Ker carrying the ball deep into Kelso territory before pocket rocket Kirsty Barlow rounded her opposition winger to score her 2nd try under the posts with Mally converting to take Annan into a 2 point lead going into the final minutes.

From the kick off Annan tried to play territory and make the now tiring Kelso players attack from deep, however an attempted clearing kick from Allana was charged down by her opposite number giving Kelso possession and the opportunity to batter at the Annan line.

Annan’s players throwing everything into the defence of their line, when from the award of a penalty to Kelso one of their players took discipline into her own hands only for the penalty to be reversed and her indiscretions to receive a straight red card. With time being up Annan tapped & kicked from the pitch to end the game.

So, for a preseason game it certainly tested all aspects of the Warriors team, with all the hard work done in preseason coming to the fore. The only downside being the low numbers & couple of injuries picked up. Still lots to work on in the remaining couple of weeks before the season really starts.

This week sees Annan make the journey along the A75 along with the Hornets to take on Wigtownshire Ladies in their final preseason game.

Forward of the match: Julie Dalgliesh

Back of the match: Kirsty Barlow 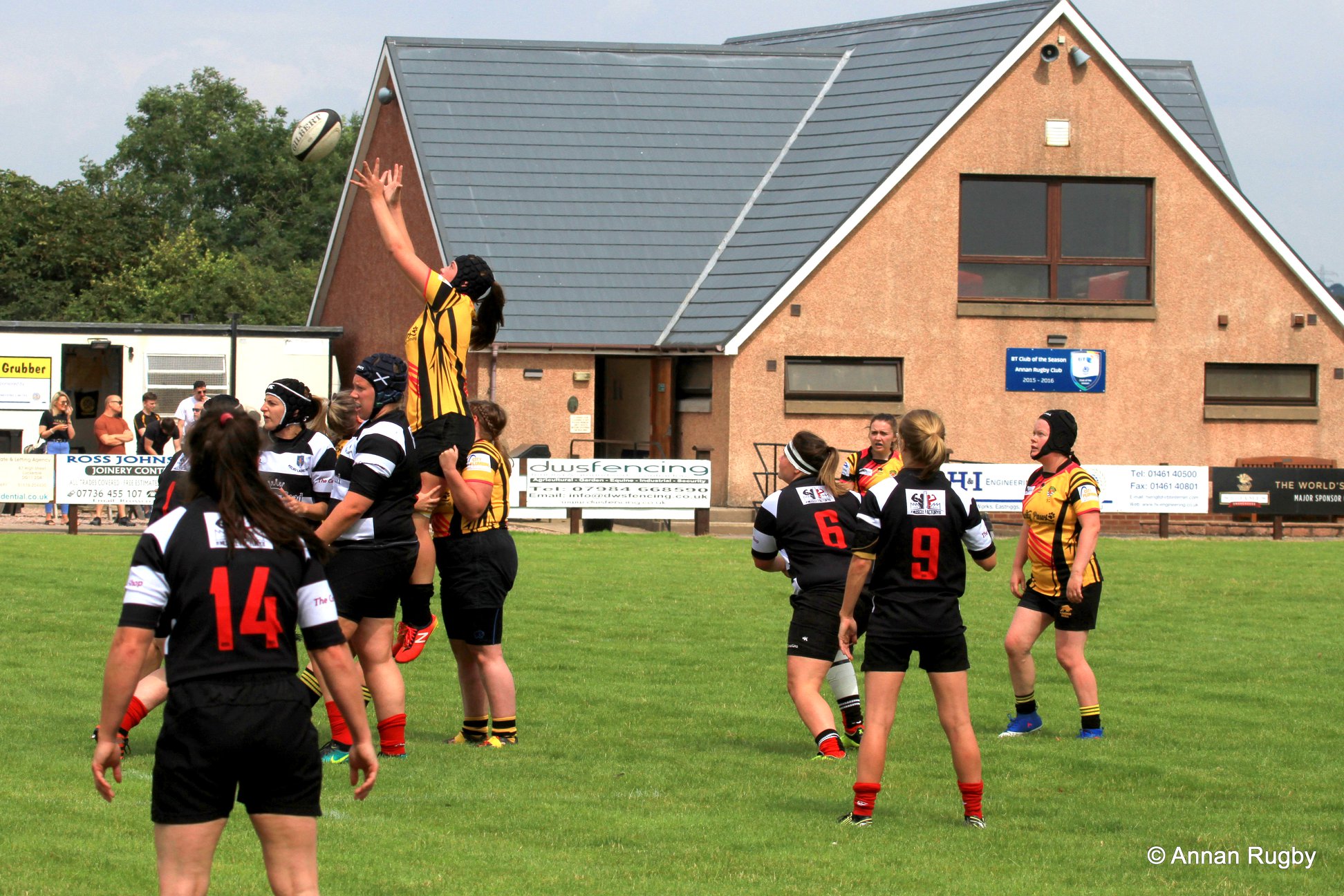