For the last time in 2021 the Warriors took to a rather soft Violetbank to take on league leaders Garioch Ladies.

Playing in the clubs new change strip of predominantly black it was certainly a different looking Warriors team to the norm.

The game kicked off at a pace with the the Warriors playing away from the clubhouse & into the elements they were sooned pinned back in their 22 with wave upon wave of Garioch attacks being quashed with some great defence & some great full back play from Kim Taylor who on more than occasion recovered a kick to run back or kick clear.

However on 15 minutes the deadlock was broken when Garioch kicked to space for their speedy winger to win the race to touchdown. This was followed fairly soon  after when an attempted offload from Annan was spilled for Garioch to collect & race in to score.

With mud cleared from eyes the Warriors kicked off the 2nd half knowing they were still in the game, & so it was proven when straight from kick off Captain Nicole Barlow snaffled the ball & following some good interplay & ball retention Paige Turner forced her way over for the Warriors 1st try.

Buoyed by the early score Annan went on the attack again only to spill the ball with the visiting winger showing great footballing skills to dribble the ball half the length of the pitch to score, unfortunately this was followed fairly quickly by a 2nd runaway score when a pass was intercepted by the strong running visiting number 6.

To their credit the Warriors kept going driving forward time after time through the forwards able supported by string straight running from centre Ciara O’Connell, this play resulted in the Warriors 2nd & 3rd try from Nadine Bell, & Paige Turners 2nd.

The thought of a shock result was soon put to bed when Garioch scored another 2 tries both coming from Warriors mistakes.

The final say in the game deservedly went to the Warriors when after retaining the ball for upwards of 7 phases prop Ashley Clark burrowed over for her debut Warriors try.

Considering the conditions which ended up like scenes from the Somme credit must go to both teams for some good rugby.

Hard to single out any players for extra praise as every one put everything into the game giving one of best performances of season so far.

Forward of the match went to Paige Turner with back of match going to Lexie Glendinning.

Thanks to Paige Turner & Rachel Reid for travelling from Edinburgh & Stranraer respectively who have dual registered with the Warriors to get some more game time.

And finally thanks to Garioch for making the long trip & also to the supporters who braved the weather to cheer on both teams. 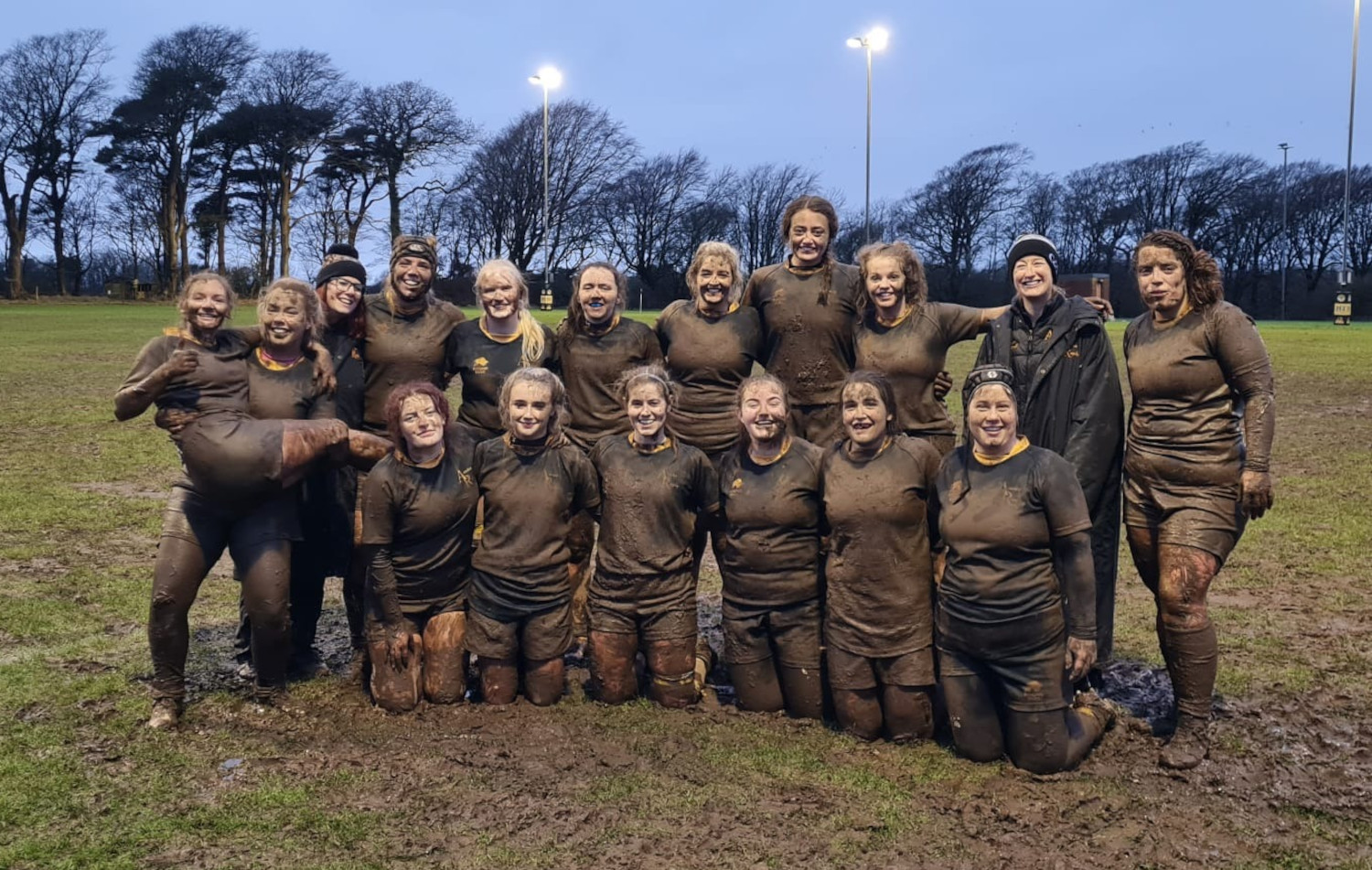 The 4 Warrior tries from the match