The Warriors welcomed Broughton Ladies to Violetbank for their return to league rugby after a week break due to Covid etc with the Warriors looking to break their duck in the win column.

Games against Broughton have always been close run affairs & this was to be no different with both teams throwing everything at each other in a closely first half. Annan playing away from the clubhouse & into the wind in the 1st half worked really hard to play away from their goal line with forwards & backs carrying hard aligned with some good handling across the line to.

It was Broughton who seemed to have the upper hand in the opening period using the wind to their advantage & strong carries from their pack, taking the lead around the 20-minute mark forcing their way over the Annan line from close range after some sustained pressure, converting the try to take a 7-point lead.

The Warriors kept at it & finally gained some time with the ball went to work trying to break down the Broughton defence, with the ball being swept wide into centre Jane Stewarts hands for her to race in beating the last defender & just managing to ride a despairing covering tackle to score in the corner.

The remainder of the half continued in similar vein with both teams evenly matched with the Warriors unable to convert a couple of chances.

With Annan knowing they had the wind on their backs & determined to take any chances that came their way they went straight on the attack from the kick-off with flanker Allana McWilliam collecting the kick-off & bursting forward into the 22 putting Annan onto the front foot, unfortunately after a couple of phases a penalty was conceded that eased the pressure.

Both teams struggled to break down each other’s defences with the game becoming error strewn for a period before from her own kick through Jane Stewart chased through ripping the ball from the Broughton fullbacks’ arms to fall over the line to score her 99th try in Warriors colours coming in only her 56th appearance. 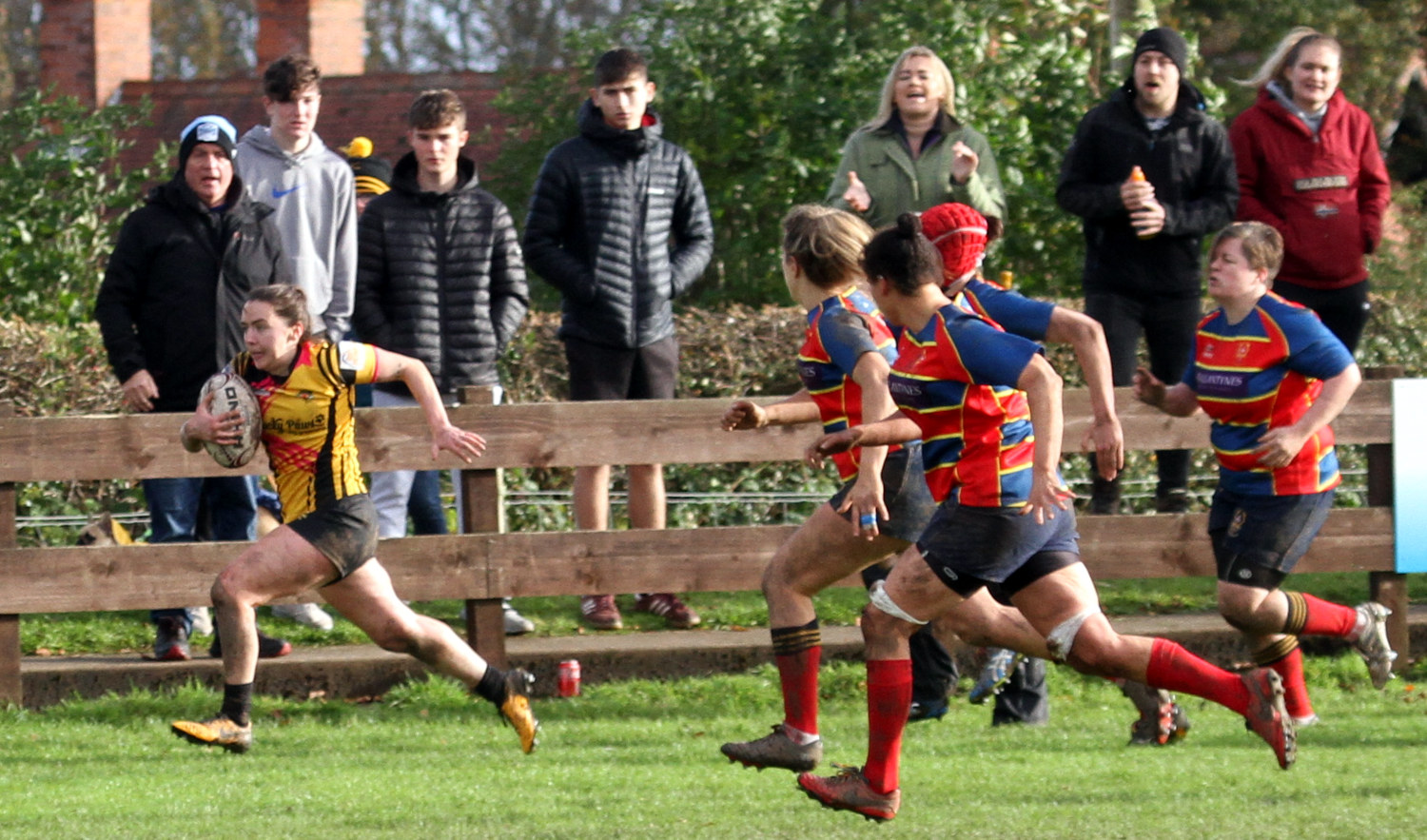 Mally on her way

With confidence flowing Annan continued to push & from a ruck close to the touchline stand off Mally McGeoch sneaked up the line to race away & score the Warriors 3rd try, to put the Warriors 8 points in front with only 5 mins remaining.

With the bonus point within reach the Warriors through everything at the opposition & after some good interplay the ball was swept wide to the try scoring machine Stewart only for referee to have deemed that she knocked the ball on in the attempt to score whilst being tackle by two despairing Broughton players. 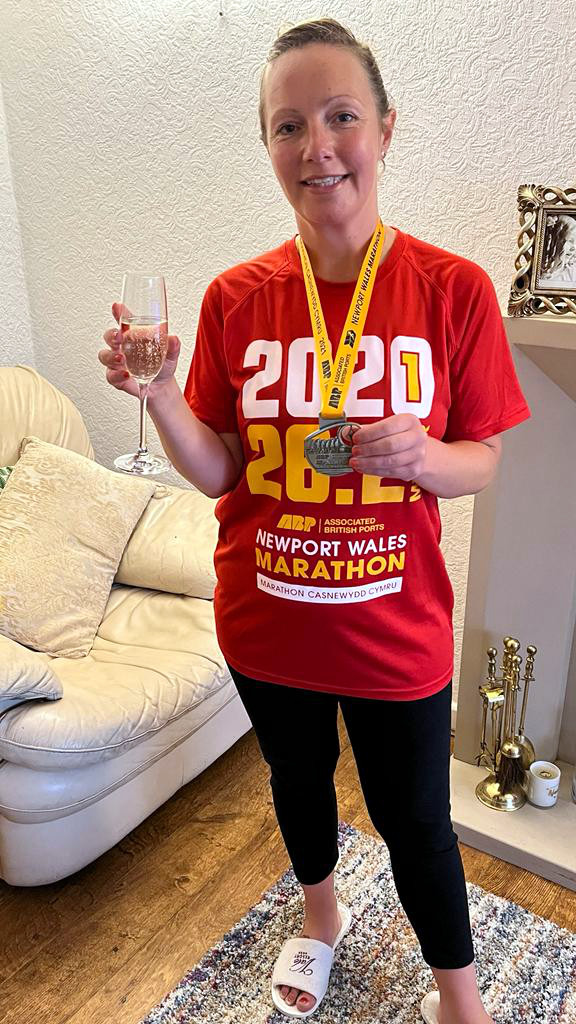 A good all-round performance from the Warriors with all 19 players stepping up to contribute.

In the forwards props Julie Warrick & Eilidh Jardine played well but forward of the match went to usual fullback Kim Taylor who filled in at wing forward with aplomb.

In the backs midfield pair of Mally McGeoch & Ciara O’Connell played well but back of the match went to Jane Stewart for her two & almost three tries.

Also, a special mention to former Warrior Marie Parker who completed the Newport marathon in a fantastic time of 4 hrs 44 mins 48 secs 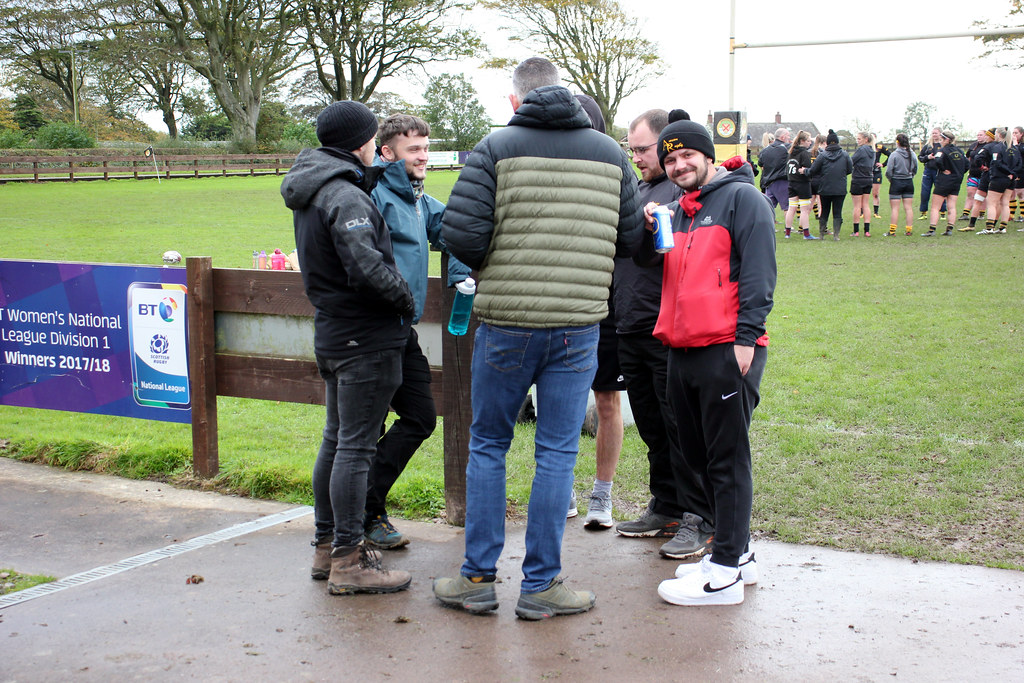 The 4 tries from the match (3 Warriors, 1 Broughton)