Missing only John Glendinning who continues his rehab from concussion.  We knew before the game that St Aloysius would provide a very stern test.

And so it proved. Not helped by only having only 7 Cumnock and 2 fully fit Annan boys we relied on our visitors to make up numbers for a competitive game. Once again I’m looking mainly at the Annan lads performances. Wallace and Mason started the game and as they have done when putting on the Cumnock shirt put in a full shift. Mason produced a solid display in the pack but was powerless to fend off the constant wave of St Aloysius attacks. Wallace similarly toiled hard with no reward. The lads kept up their  intensity for the full 70 minutes so credit to them. Frustration was obvious at the end of the game  (look at the faces on the team photo).

Going forward if we want to get the lads to develop we need more players. Borrowing 5/6 players for a game disrupts the way you want to play and as we have all probably seen players when they pull on another team’s shirt do not always give their best (or seem to be able to tackle their friends!!). Fraser came on for a late cameo having been relieved of filming duties so hopefully back to full game soon.

The boys have a week off then play Marr the following week. I Think we’ll have to look at what numbers we have before the games and weigh up the benefits of fielding such a light squad. We all want the boys to have games but they must help in their development. I’ll discuss this with the lads in the coming days and gauge the mood.

Finally thanks boys for the effort you do me (and Annan Rugby) proud every time you take the field with your skill and commitment. 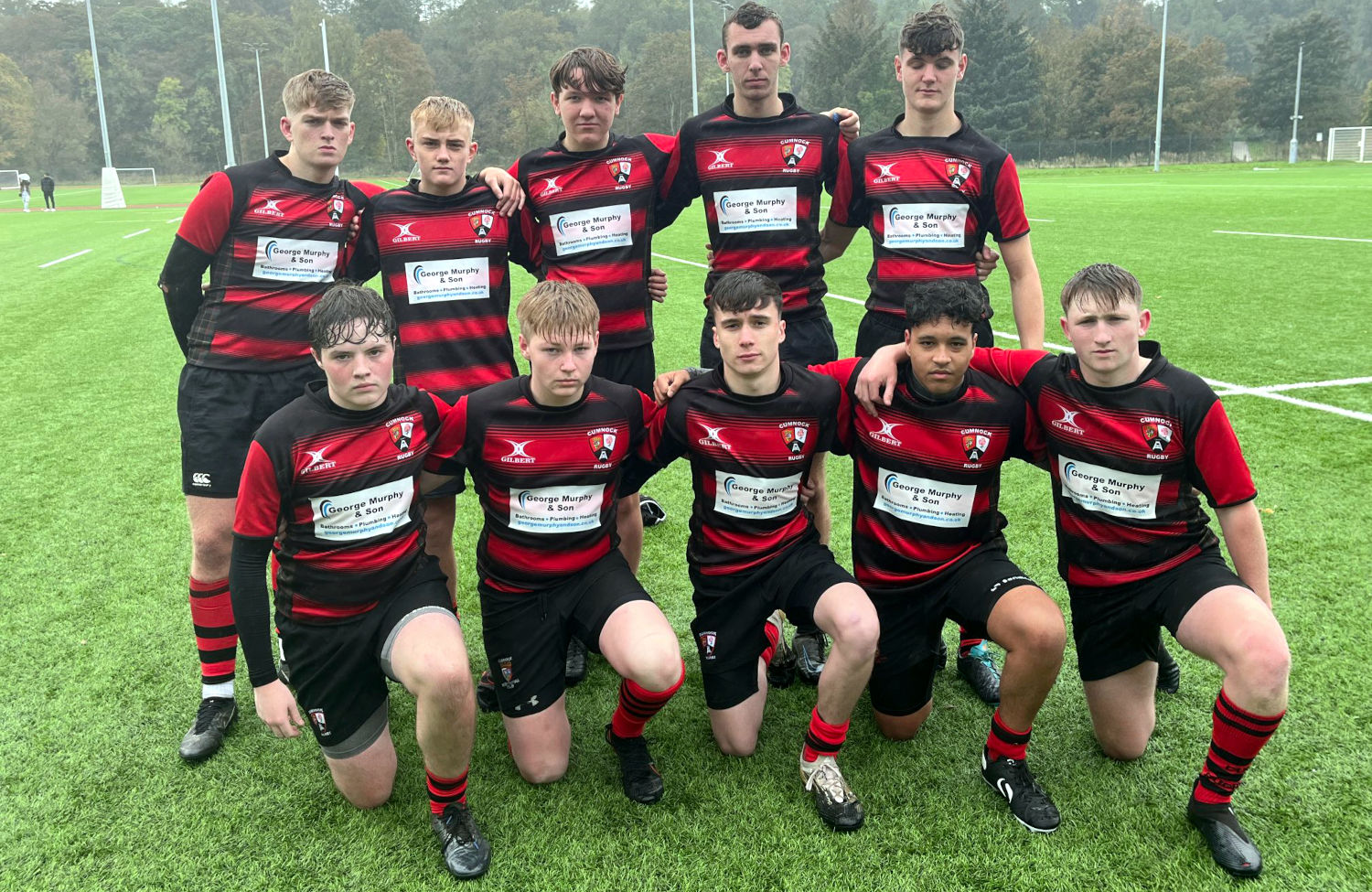