Annan took four players for our first match teaming up with Cumnock. A lot of new calls and new teammates, the lads took a half to settle in and also for the Cumnock team to realise the strength of our players.  Cumnock were up against it from the start against a well drilled side that had been together for a couple of seasons.

Going behind early to a couple of scores it took the combined Cumnock side a while to get into their stride.  All the Annan players showed up well, all playing in unfamiliar positions to start with.

Wallace Alexander thrown in at hooker suffered a baptism of fire (and probably compressed vertebrae) before moving to a favoured flanker position.

And shone in the loose where Wallace was unlucky not to secure an early try after a storming run down the wing. Mason  similarly excellent in the loose and also in close quarter contact. Both forwards were involved in a lot of tough exchanges but stood up well and started to gel really well in the 2nd half with their new team mates.

In the backs John Glendinning playing at outside centre produced strong runs and solid defence (pre-season showing some benefits). Given the speed of the opposition defence a very good showing.

Fraser McMillan started his first game at scrum half and revelled in the new role scoring 2 of the 3 Cumnock tries, the first a snipe of the back  of the scrum from 5 meters.

But the pick was a break from his own 10 meter line to outstrip the whole of the Lomond back line for a fine try. The Cumnock coach was very complimentary of all the Annan lads but singled out Fraser as his Cumnock man of the match.

Great display by all the boys and on to Lenzie next week. 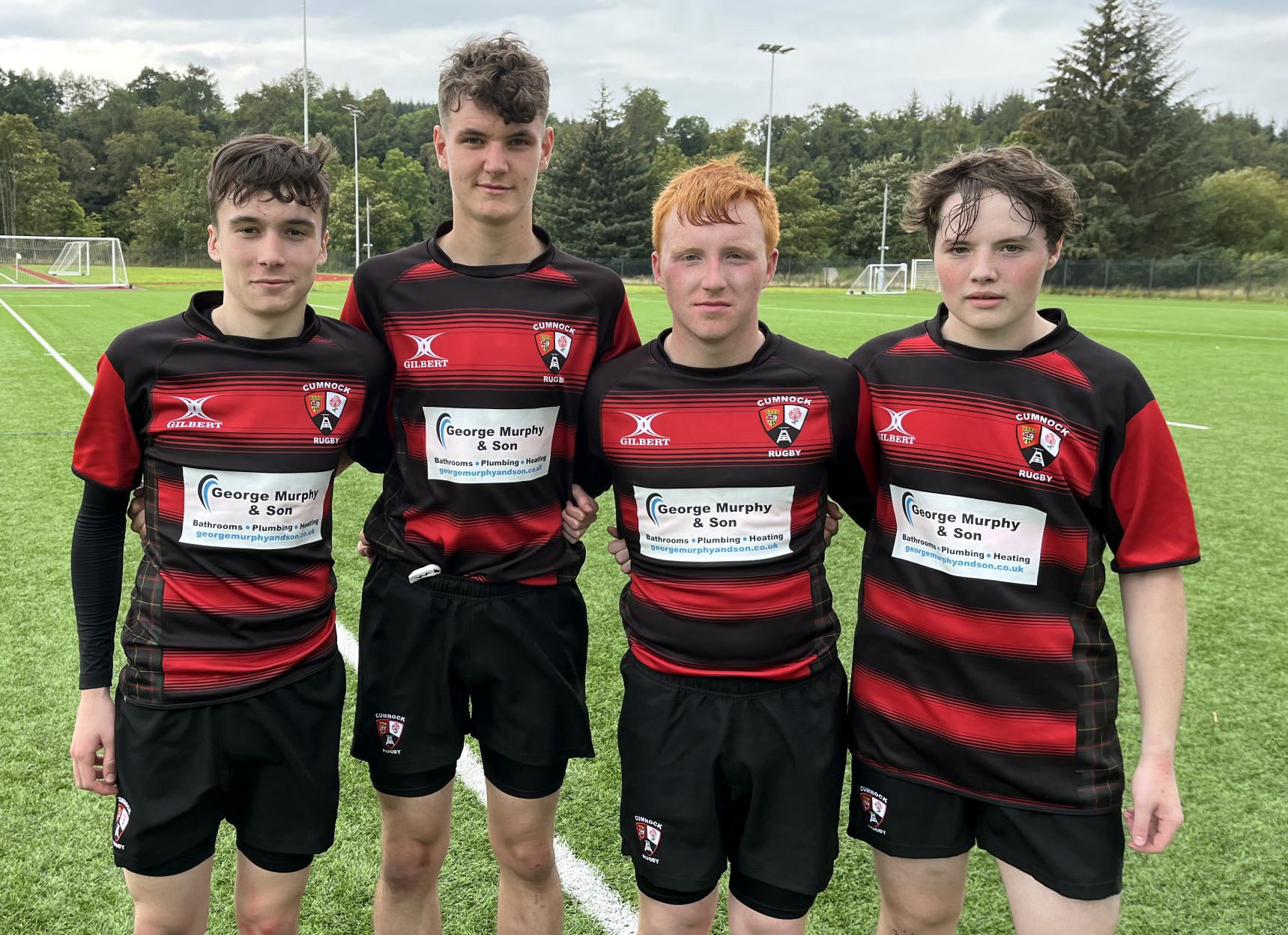