A small Annan rugby contingent made there way from the South West up to the bright lights of Glasgow and the next round of the West /Midlands schools conference. Managing to have much improved numbers from last week, 13 bodies took the field for a competitive fixture.

Once again I’ll focus on the Annan lads performances. John Glendinning and Wallace Alexander. John had a bright start to the game ball in hand and in defence but after only 15 minutes I had to remove him from play with a suspected concussion and it looks like we’ll lose him for the next few as he adheres to the strict return to play protocols that we have in place to protect the players welfares. Take your time John there’s plenty of games left in the season.

When assessing John he was not able to answer who had scored the first try and it came from Wallace (cues that everything was not right). Wallace in general had a storming game playing in a number 8 role but performance was that of a quality 7. Wallace terrorised the opposition scrum half to the point that when he saw him coming he dropped the ball  or threw the ball away.

Strong hit after hit , good support play, turnovers – Wallace set his own benchmark in the game as he had been asked to do on the journey up – my man of the match.

Cumnock emerged as deserved 14-0 winners and in truth should  have been further ahead.

While the lads are  putting this kind of effort in I’m happy and proud to take up these club representatives. Well done. Look forward to getting

John back in the coming weeks and also Fraser not far off from an injury return. Missing Mason as well (work comes first) 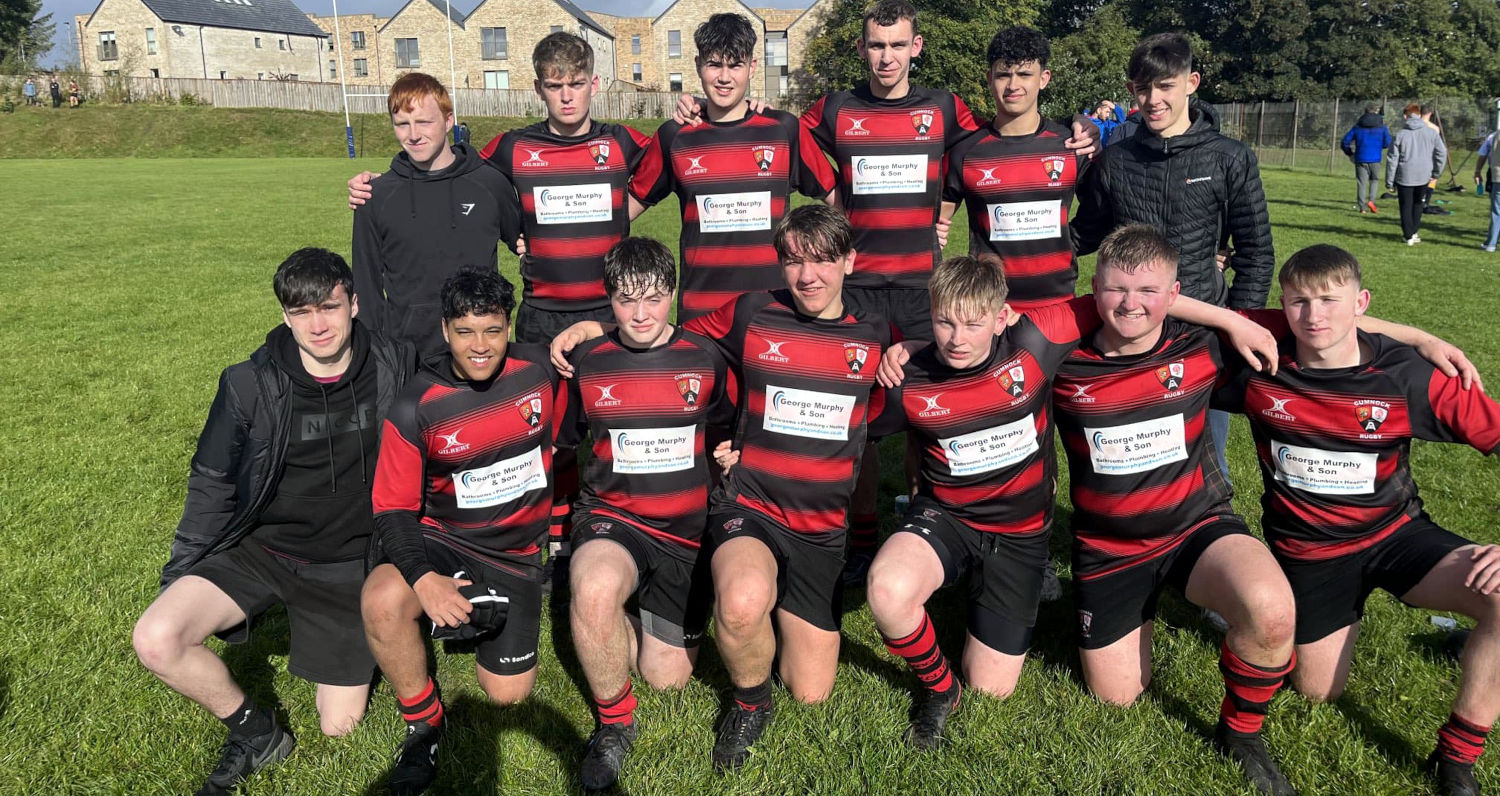