Annan U18s hosted a combined team of Strathaven and Dalziel in their latest West Development game on Saturday. Despite struggling for numbers for most of the season there was almost a maximum squad available for the game and despite a late call off they fielded 11 players and through the generous loan of 2 from the visitors a 13 a side game was held.

Annan started strongly into the wind and up the slight Violetbank slope and laid siege to the S/D line, and although there was some stubborn defence eventually Euan Watson found a way through and over for a try that was converted by Fraser McMillan.

Not to be outdone S/D came back at Annan and scored a converted try yo equal things up shortly afterwards.  Both teams continued to play attractive positive rugby despite the wet and windy conditions, this lead sometimes to errors and mistakes but also made a game that was keeping the attention of the friends and family that had came up to watch.

Annan got their noses in front after a sustained period of pressure on the visitor’s line. Fraser McMillan had gone very close with a raid on the right (and was unfortunately injured in the event) and Chris Brown also went close on the left but eventually the ball found its way through the backs’ hands and Jake Mitchell squeezed over to score.  This completed the first half scoring and the break came with Annan 12-7 to the good and turning with the elements in their favour.

This was the first half-time when Annan have lead this year and the message was simple from the coaches, don’t think the job is done and keep playing for each other.  The 2 loaned players were swapped and some positional changes were necessary before the second period started.

Despite having the wind and slope S/D started the 2nd half better and it wasn’t long until the scores were level when they crossed in the left corner.

This was a make or break moment for Annan and the response was good, the forwards carried into contact well lead by John Mackay and with good contributions from Tristan Wooley and excellent ruck support from John Glendinning playing out of favoured position in the backs.

Watson had taken over the stand off role from McMillan and worked hard to get his outside backs moving and the defence was lead well by Aitken Render and Callum Kirk with turnovers and errors being forced.

Annan went close on a few occasions with Max Coupland only just over-cooking a kick and chase and another hack through being obstructed that on another day may have been seen as a scoring opportunity by the referee.

The Annan attacks kept coming and eventually a break by the backs down the left with some great passing interchanges by Brown and Coupland saw Kirk get over to restore the lead.  Ben Latimer, who had been a threat with his breaks from scrum half all game, had taken over kicking duties and went very close with the difficult conversion. 15mins to go and a 5point lead made for an exciting finale.

S/D threw everything they could at the game but good defence and handling errors meant that there was little in the way of pressure in Annan’s 22.  With only a couple of minutes remaining Annan won a midfield penalty and Latimer kicked to the corner.

The lineout was won and after a few phases the ball was worked right to Mitchell who did well to find his way to the line and effectively seal the win.

The remaining minutes passed without event and as the referee advised Annan that time was up the ball was booted away in delight and has (to date) not been found!

After a lot of hard days at the office this was a very welcome and deserved win for the lads and each of them worked hard and played their best games of the season to achieve the outcome.

This does not make them world beaters but all the same it was a great performance of character, commitment and concentration, managing on the whole not to rise to the provocation of some of the livelier characters in the S/D team.

The coaches agreed that it was not possible to single out an individual as Player of the Match.

Thanks and recognition must go the S/D team – the four loaned players each made positive contributions to their adopted team, something which has not always been the case this season when borrowing players.

The next scheduled game is away to Waysiders Drumpellier in 2 weeks – the game clashes with the Scotland v Japan game and it remains to be seen how many of the squad are available for this trip. 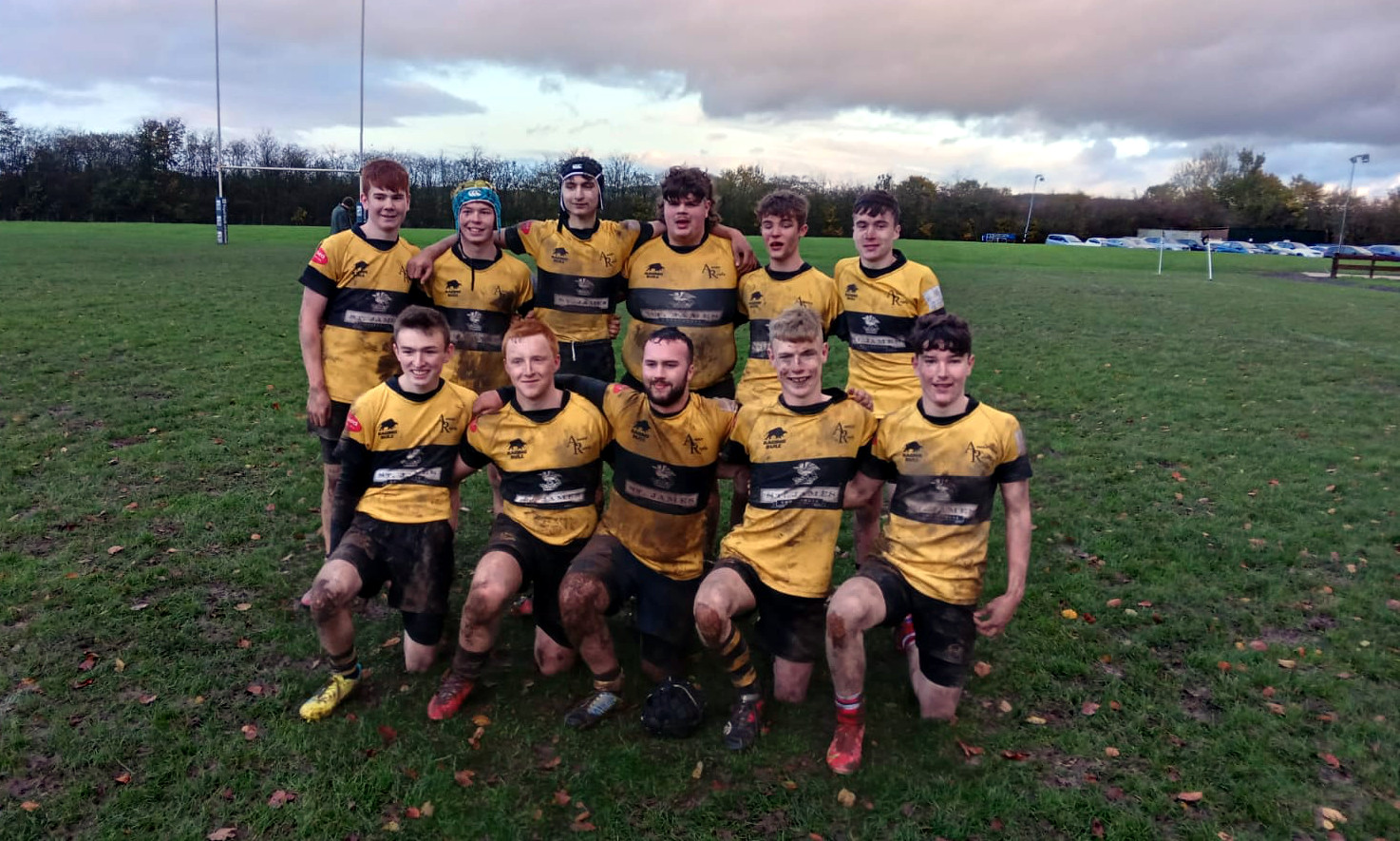