Annan fielded a 10 man squad for their latest game vs Lochaber on Saturday.  Their visitors from Fort William came down with a full squad of 18 players so with the generous loan of 4 players a 14 aside game was held and the small band of spectators were entertained with a highly competitive game, with Lochaber running out deserved winners.

The first half saw some on Annan’s best play of the season so far both in attack and defence. Due to their familiarity Lochaber had good possession to start the game but Annan held out well with good tackling, counter rucking and their set piece held up well.

After a scoreless 15mins Annan then made the breakthrough following a pacey break down the right wing by Aitken Render, tackled just short of the line he made a clever offload to supporting hooker John MacKay to smash over and score the game’s first try.

Lochaber responded strongly and although Annan snuffed out a few bouts of pressure eventually they found space for the equalling try and the half ended 5 points each.

Lochaber swapped a couple of their loaned players at half time and the Annan coaches urged their players to keep up the good play.

Despite some strong and brave individual performances the cohesion and relationships within the Lochaber ranks, combined with a greater level of fitness saw them dominate the second period and ran in 5 tries, one of which was converted to leave the final score at 5-32.

Perspective is needed in relation to the wider picture – absorbing 4 strangers into a team is never easy, combined with limited time training together for some of the Annan boys (including one debutant) – this was another positive step for this squad.  Each of the Annan players made good contributions to the team, especially in the first half.  Unfortunately their efforts told in the second as fitness dropped off, concentration failed and some lost their discipline.

Special mention must go to Tristan Woolley who was making his first start in a rugby game at this level and in the difficult position of prop forward, more game time will certainly see him improve.

Best on the day for Annan was Ben Latimer who put in some good covering tackles and is starting to show some of the benefits of his time training with the seniors over the last year. Close behind were try scorer Mackay and team captain Render who covered every blade of grass and made several key turnovers.

Although each Annan player gave their all in the game there is no doubt that each could also do more to improve their game – fitness and game understanding are both things that can be improved with a little extra effort and will allow coaches time to work on team skills and shape.  Long journeys start with small initial steps and each payer must make their own decisions.

Many thanks to Lochaber for making the long trip south and their good sportsmanship in loaning players.

As ever, the efforts of parents and other family in helping with the Grubber catering is appreciated and also to the supporters who came up to Violetbank to watch.

Best wishes to Euan Watson who suffered a head knock and will be going through the Return To Play protocols over the coming weeks.

Annan host Carrick next Saturday at VB, details to be confirmed 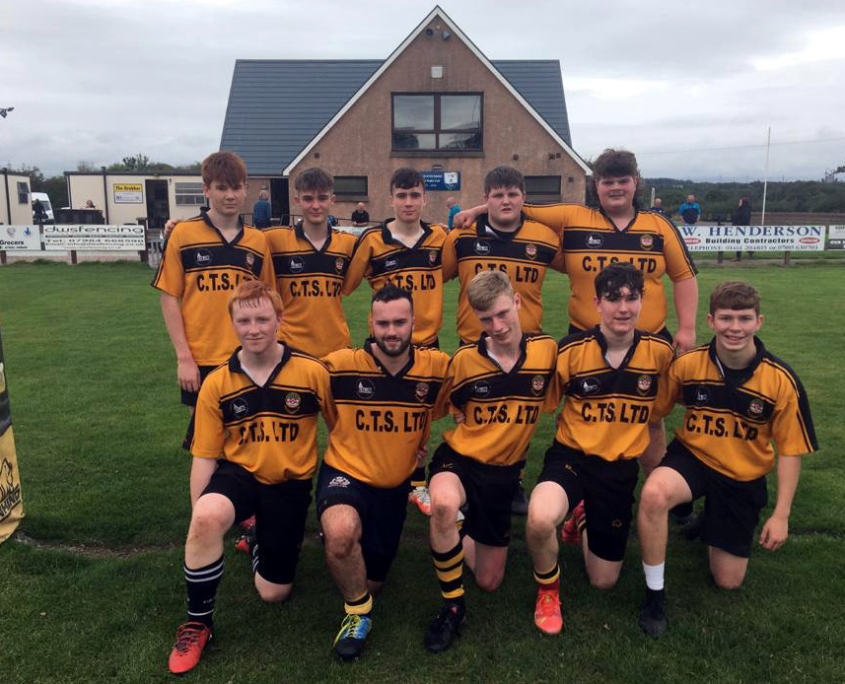