On Saturday 29th January Annan U18 boys welcomed their counterparts from Cumnock for a friendly Development game at a windy and chilly Violetbank.

Both clubs have struggled for player numbers this year as players have either moved to bigger clubs or drifted away from the sport due to a lack of playing opportunities so it was a welcome opportunity to have a competitive game between teams operating in a similar environment.

Annan had a squad of 11 players available with another 7 players who would have been eligible to play but for various reasons were unavailable to play. Cumnock travelled down with 10 so a 10 aside game over three 20 min periods took place with the hosts having a rolling sub.

Annan started well and had the lion’s share of possession but could not break through some strong defence or satisfy the referee’s requirements. Eventually though an overlap was worked and Chris Brown found space wide on the left, cut inside as the last defender rushed across to cover and scored the opening try.  The conversion was missed in the strong wind but Annan had a lead.

The home team’s coaches may have hoped that the team would kick on from this start but it was the visitors who responded well and kept the game tight, with both teams trying hard but faltering either to good defence, the referee’s whistle or knock ons caused by the wind, cold hands and some lost composure when an opening appeared.

After a while Cumnock began to take control, their forwards had more aggression and their outside backs made ground when given space.  Three tries were scored in the middle phase of the game, all unconverted but this gave the visitors a good lead as the last period started.

To their credit Annan kept trying and eventually found some space for Brown to squeeze over the line and despite some complaints from the Cumnock defenders the referee gave the try. The conversion missed it was a 5pt game going into the last few minutes.  Annan pressed hard but the visitor’s defence held firm and they saw the game out for a well deserved win.

Whilst this was not Annan’s best performance of the season it was good for the boys to get a competitive fixture and to also have a gauge for their rugby.  A return game is scheduled for March 12th and it is hoped the game can be scheduled ahead of the Italy v Scotland game so that the 6 Nations game can be enjoyed afterwards with a strong coke.

Player of the match for Annan went to Chris Brown for his two scores but also recognises the progress Chris has made in his game since taking up the game last season.

Also a thank you once again to the helpers in the grubber for keeping the masses watered and fed! 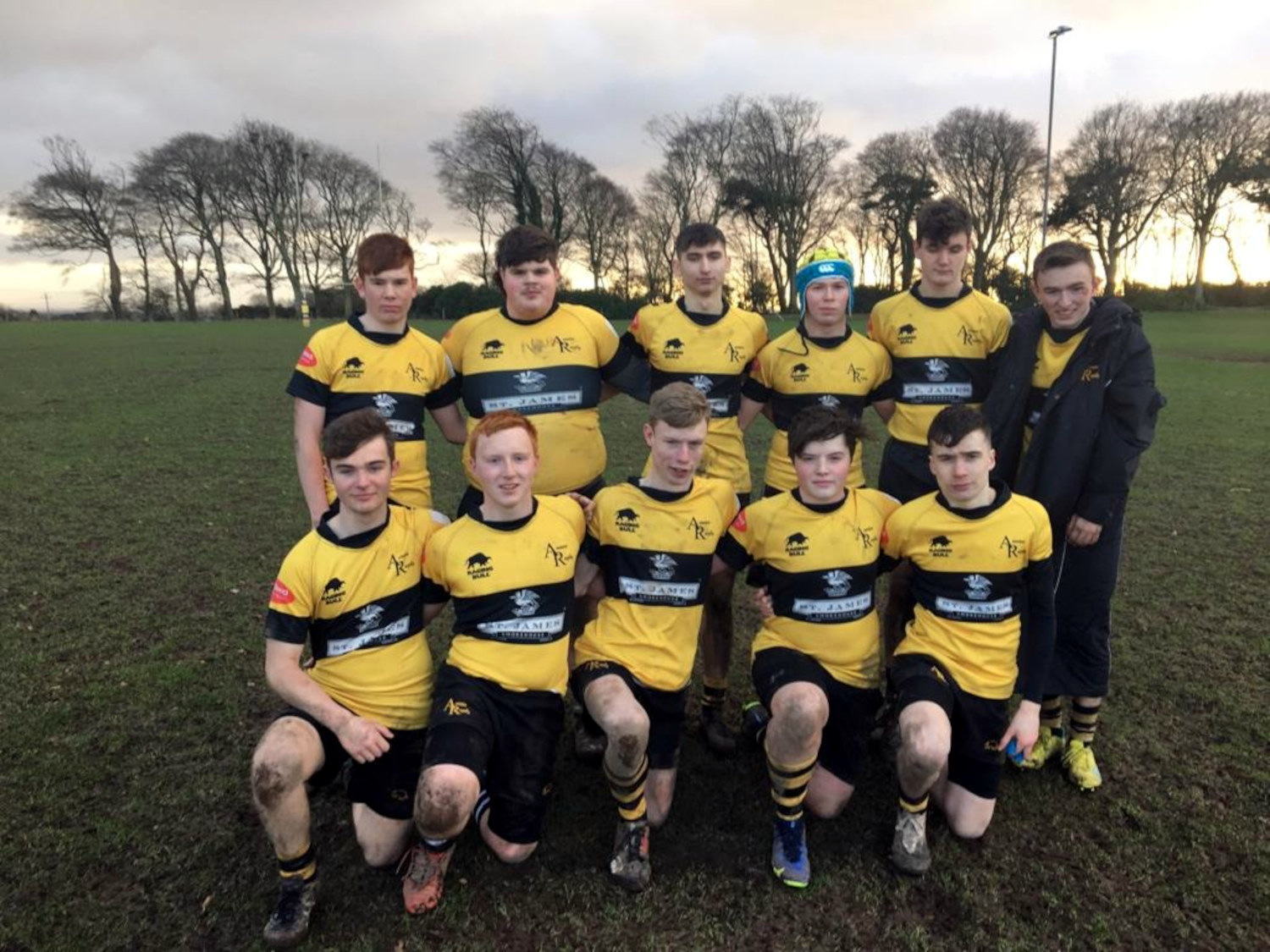 The 5 Tries from the match – 2 from Annan, 3 from Cumnock