At Friday teatime Annan had a squad of 10 players ready to welcome their visitors from west Ayrshire however some last minute call offs meant that only 7 took the field on Saturday afternoon.  Fortunately Carrick travelled with 16 so with 4 players being loaned to Annan a game of 11 aside took place.

The opening exchanges were even but eventually Carrick found a way through and scored. A second converted try followed shortly afterwards as a result of some weak tackling out wide.

Annan were challenged by their coaches to decide whether they were going to put up a fight or surrender meekly. For a while there was some fight shown, some good continuity work lead to pressure in the Carrick half and from a penalty award Aitken Render took the ball to the line dummied to his support player and broke though. With 30 yards still to go to the line he showed good speed and slid in close to the posts to make the conversion a formality for Fraser McMillan.

From the restart Carrick returned to the pressure play they had started with and by half time had score three more tries to make the score 29-7 to the visitors.

The loaned Carrick players were rotated and Annan coaches urged the team to work harder in contact areas, support the tackled player and to try to put pressure on the attack rather than allow them to run at them.

The second half was a more even contest, sadly Annan lost hooker John Mackay to injury which brought a 5th player to the “Annan” ranks.  The teams exchanged tries – the Annan score being registered by one of the guest players in the corner after some good continuity by the combined team.

In the period of play leading up to it another Carrick player on the Annan team suffered a serious injury and required treatment – as a result of the disruption and further depletion in playing numbers the coaches and referee agreed that it was prudent to call time on the game with a final score of 34-12 to Carrick.

No fault can be laid at the 7 Annan players who turned up to play – they gave as much as they could individually. But as has been written before this season, more work at training (and in the lad’s own time) would improve fitness and concentration as well as helping the team development.

As a result of various injuries and unavailability the game planned for next week versus Loch Lomond has had to be called off, this leaves Annan without a game until 6th November – a good time to tend to aches and pains but also to work on basics at training.

Thanks to the helpers in the Grubber and to the small band of supporters who braved the weather to watch.  And big thanks to Carrick for travelling down and lending players to get a game on.  The Carrick coach nominated Josh Cairns as the Annan player of the match for his eye catching work in the loose. 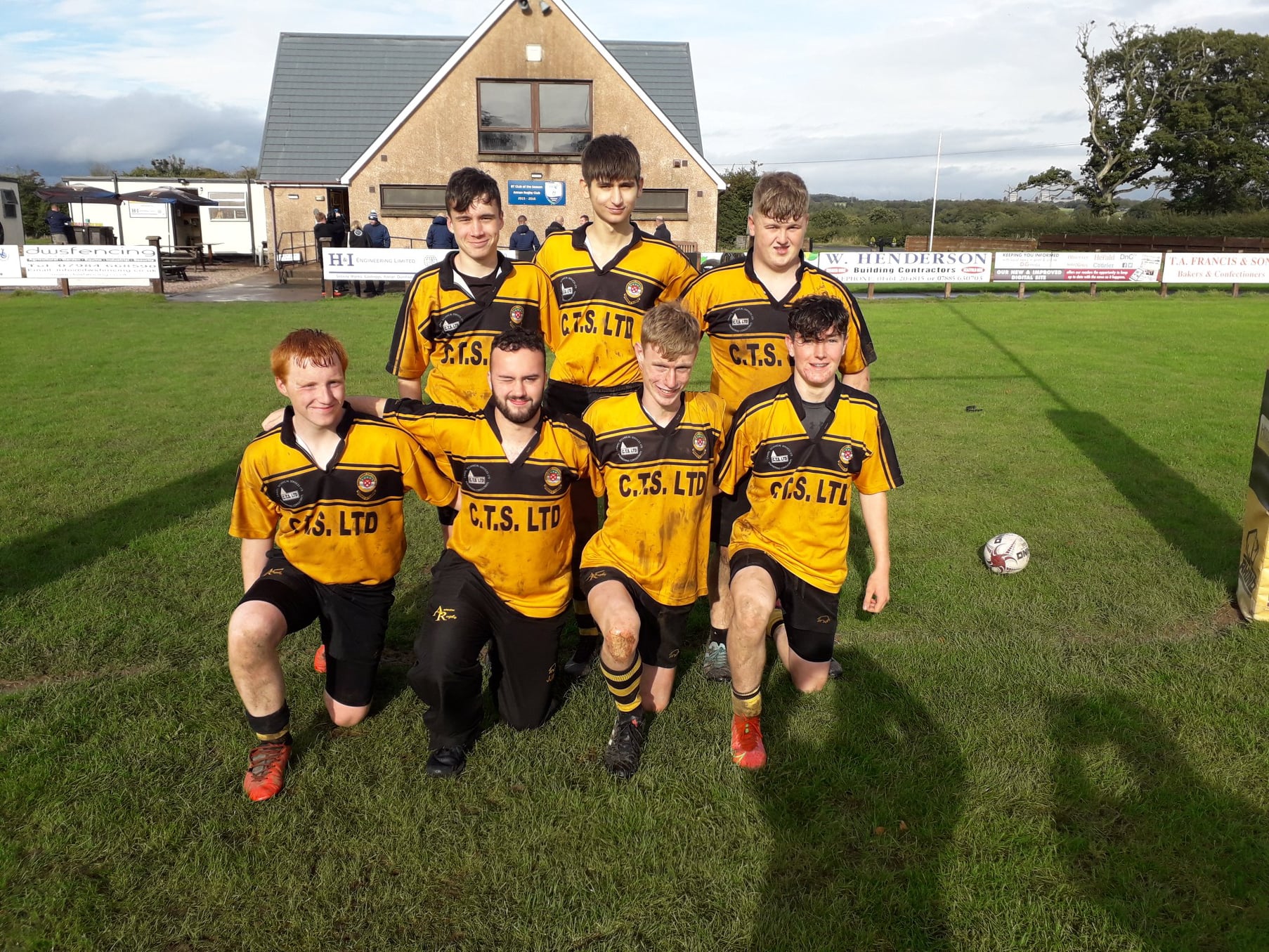