Annan welcomed their visitors from Stranraer to a wet and muddy Violetbank on Sunday 12th December to round off their games for the calendar year.

Wigtownshire had travelled with a squad of 16 and Annan had 9 players so it was agree to play 12 aside and as a result of the morning pitch inspection it was decided that the game would be played across the pitch to try to avoid some of the very wettest and softest areas.

Both teams started with full on commitment and there were several strong runs repulsed by equally strong tackling.  Annan made the first breakthrough when one of the borrowed players made an arcing run to the left and scored the first try.

This gave Annan confidence and two more tries from Ru Bell followed, one from a quick piece of thinking from a penalty that caught the visitors cold.

After a strong 20mins Annan then showed the effects of limited training and playing time recently and began to lose concentration and discipline that let Shire back into the game and some strong running and less strong tackling led to a score.

However there was a good response from Annan and Mason Watret and Bell both scored good tries after strong runs to increase the margin.  The visitors got a try back just on the stroke of half time and this made the score 25-10.

The borrowed players were swapped out and Annan coaches encouraged the players to keep their concentration and to improve their discipline as too many offside penalties had been conceded in the first half. 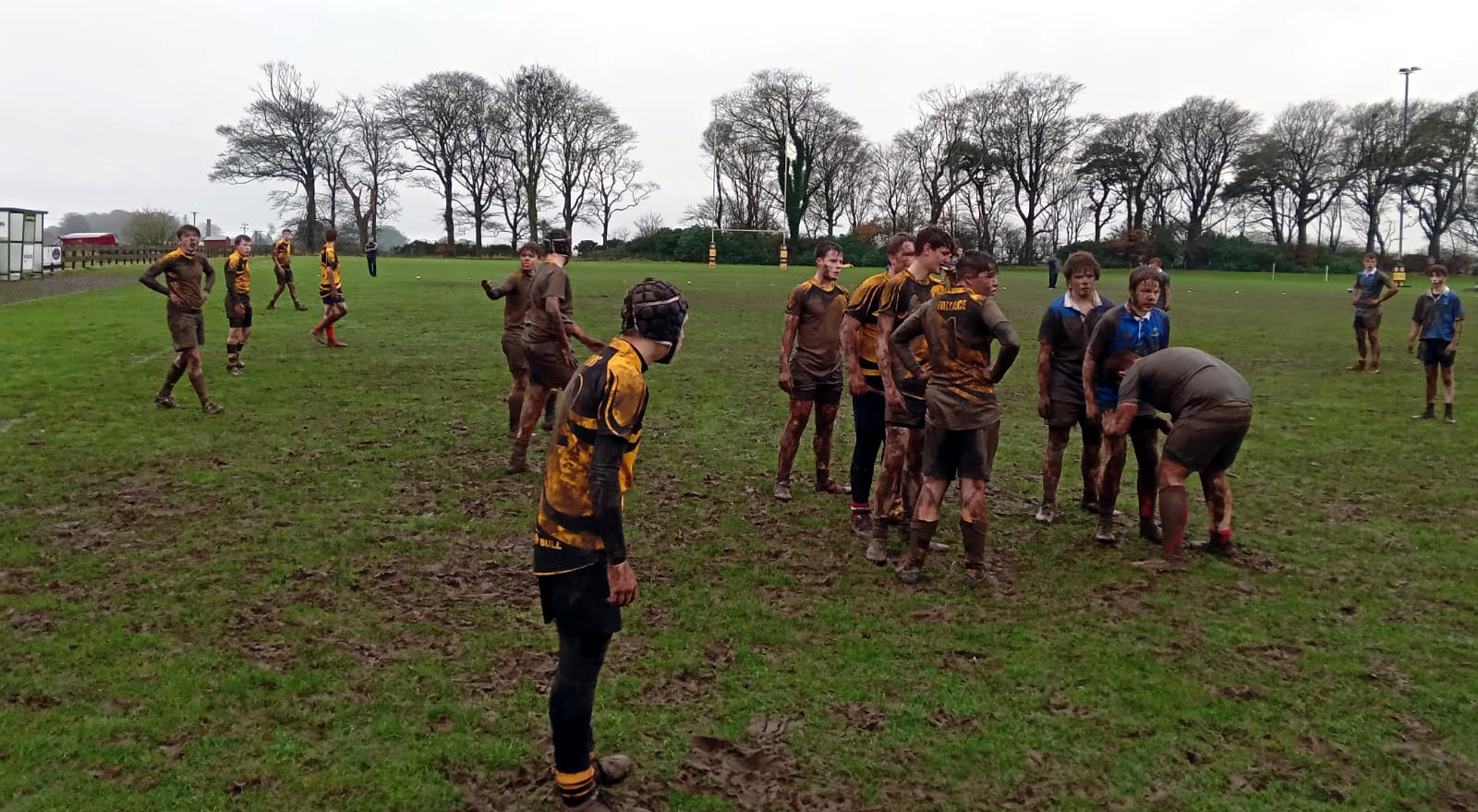 Teams get ready for a lineout

Shire started the 2nd spell strongly and scored two tries in quick time to bring it back to a one score game at 25-20 and as a result of the rain becoming a bit heavier and the underfoot conditions developing into a recreation of the Somme battlefield, (and your correspondent’s paper notes becoming increasingly damp) referee Andrew Jancey took the decision to move the game to the other area of the pitch.

The move allowed Annan to reassert themselves and almost from the restart Bell broke through for another try.

Andy Shepherd was next Annan player to cross after a powerful run up the left wing with him crossing the try line with at least 3 Shire players hanging off him.

Shire hit back with another strong running try which was quickly matched by Bell notching his 5th of the day.

The scoring was completed with another try for the visitors before the referee blew the full time whistle.

A great effort by all in the tricky conditions, all Annan players did well with special mention to Oban Nicholson making his first start at U16 level but with 5 tries the Player of the Match was awarded to Ru Bell.

Thanks to referee AJ for his positive and sympathetic approach to the game, to our visitors for making the trip through and to the helpers in the Grubber.

The 21 lads for the two teams