Annan hosted Stewartrys U16 equivalents on Sunday morning for their first game of the 2021/22 season.  Annan had 9 players and the visitors 12 so a 10 aside game over 3 x 20 mins periods on a slightly narrowed pitch was arranged.

Ahead of the game a minute’s silence was held as a mark of remembrance for the Covid pandemic.

On a beautiful sunny morning an open running game of rugby followed.  Stewartry scored a couple of early tries but then Annan came back into the game and played some good continuity only to be denied scores by last gasp defending.

Both teams exchanged tries over the remainder of the game – Annan picking up three more – another for Bell and 2 more for Mason Watret the second of which he showed good late game pace to run in from near half way.  Hamilton added a conversion.

The final tally was 26-50 to the visitors which was a deserved score on balance.

The Tigers Adam Hamilton was the best on the day for Annan.

Thanks to Conor Palmer for taking the whistle on his refereeing debut and for the support in the grubber.

Next Sunday the U16s are playing Moffat away, kick off details to be confirmed during the week. 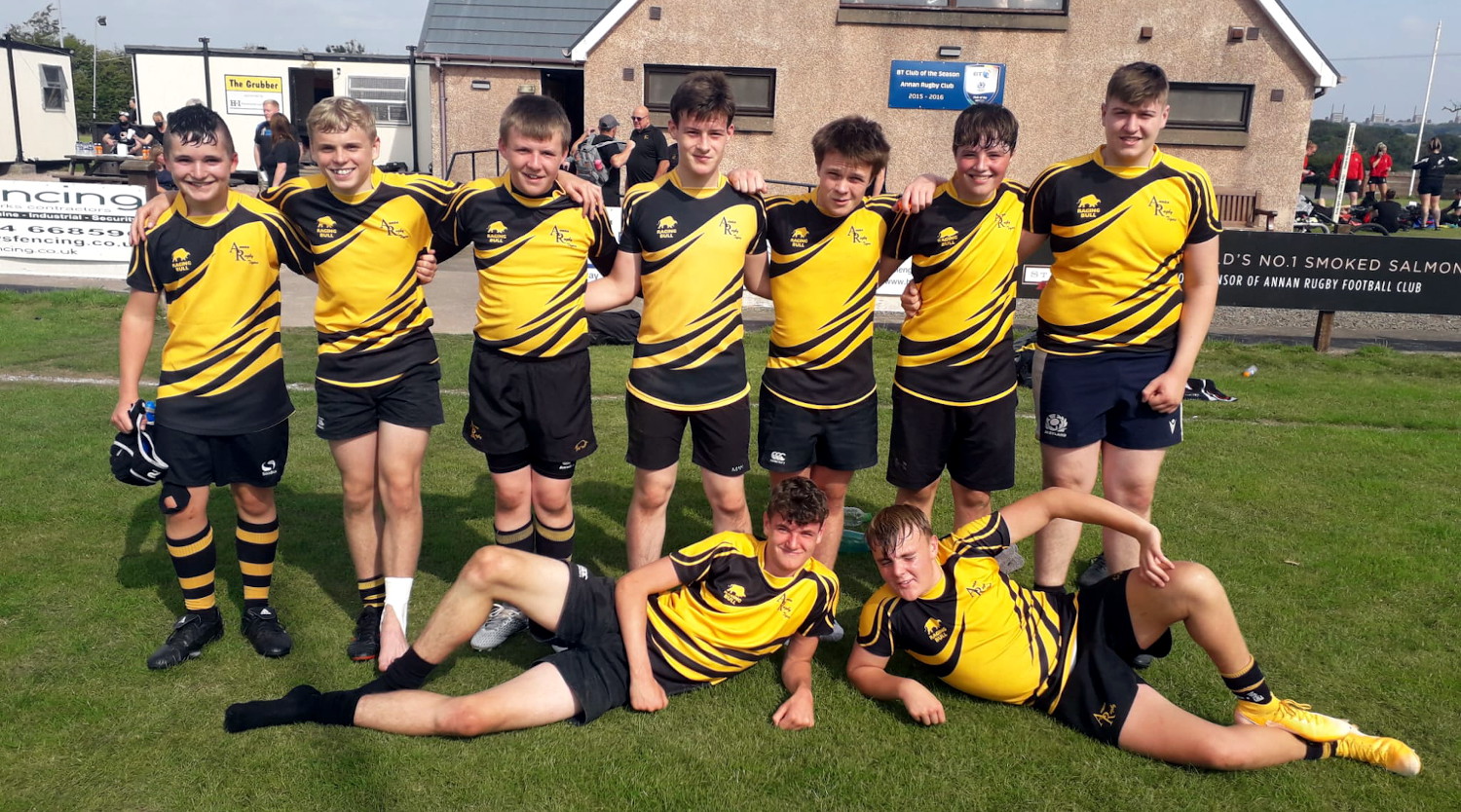 The U16 Tigers squad