Annan U16s enjoyed a high tempo game against their opponents from Carrick on Sunday afternoon, showing a high degree of teamwork and rugby knowledge to comfortably cope with their more inexperienced visitors.

Due to some unavailability Annan had 9 players and with Carrick travelling down with 14 it was agreed to play an 11 aside contest with 2 players being loaned to Annan.  From the kick off it was clear the Annan lad’s experience and greater team cohesion would allow them to dominate the game.

Tries were scored at regular intervals during the first 20 minute spell and when Carrick had possession the Annan defensive line held firm with good connection and strong tackling.

The first 10mins of the second spell followed a similar pattern and the coaches agreed to swap some players around to try to even the game and make it a little more competitive.  The next 10minutes saw a more even contest and a number of the Carrick boys showed up well on the back of initial strong work from the Annan lads.

With some morale restored the Carrick coach asked if teams could be restored to allow the Carrick boys more game time together.  The better players in the visiting ranks showed up well again but as with the first half of the game, Annan were too strong for them and scored some lovely team tries with good interplay, breakdown work and support play.

In total Annan scored 16 tries (including one from a guest player from Carrick) shared between Mason Watret (3), Wallace Alexander (2), Andy Shepherd (2), Nathan Grierson (1), Josh Halliday (2), Ru Bell (2), Harry Nordon (1) and James Glendinning (2).  Josh Halliday, who himself was making a debut appearance and fitted in well to the Annan team, kicked 7 conversions.

It is encouraging to see the core skills and fitness within the squad bearing fruit over the last two weeks, the squad may be low in number but the rugby potential in the group is high and by sticking together and encouraging pals to train and play the team will improve.  A special mention to Kelum Smith who although not on the score list had some great powerful runs which often ended with a delicate pass to a team mate in space.

All Annan players can take credit for their performance but best on the day was Ru Bell who ran his socks off and was a constant thorn in the Carrick side.

Many thanks to the Carrick coaches for driving the team down and for lending players to ensure a game went ahead – a credit to the game and it is much appreciated.  Thanks also to the support in the Grubber and the parents and friends who came to support the team.

Next Sunday is a trip to Newton Stewart, details to be confirmed and will be advised in the usual way. 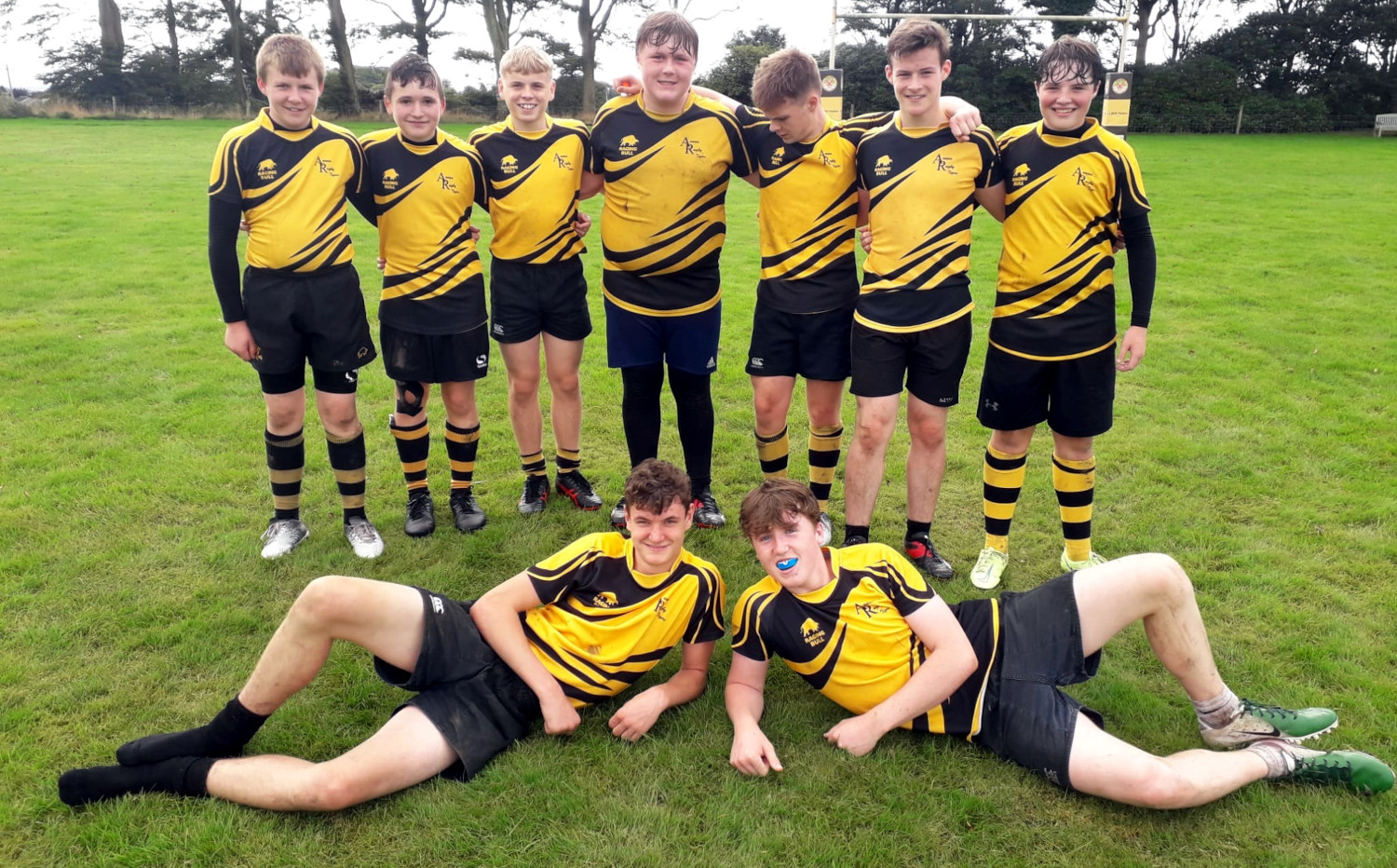