Annan U14 Tigers welcomed Wigton U14s to a soggy Violetbank on Sunday morning for the return fixture from the 5th of January. Annan having captain Adam Hamilton and James Collinge back in the team for this game was a boost after the first game which was a tough match for the Tigers.

Annan playing into the stiff breeze were up for challenge and took the game to the visitors with some great running rugby in tough conditions. The green and whites were to push Annan back with some strong running support play and they were to score a well worked try to reward themselves for such positive play. That was the only score in a very well contested first period.

The second period saw the Tigers take the game by the scruff of the neck and this was to stun the visitors. Annan scored first with Fraser Court diving over to score. Court was to bag his second a short while later with a long run to split the Wigton defence. James Collinge powered over in heavy contact to stretch the lead before the visitors regained the ball and managed a nice score to end the period.

Due to Annan losing 3 players to injury Wigton with a large squad gave their hosts a couple of players to make the last period a development game. This would see all the players on the pitch as was the same in the first fixture. Wigton were to dominate this period scoring 3 unanswered tries. It was well into this half that we noticed that Wigton had 18 on the pitch to Annan’s 15. The Annan coaches not being very good at sums missed that one.

Wigton then took off a couple players for the last 5 minutes of what had been a well contested good natured game of rugby.

With the most important thing on the day being valuable game time for both teams the score is not a priority with games being lost to bad weather. Using the visitors scoring at this age group 19-10 to the hosts is a nice return on the day, but the game time and the coaches making plans for more games with Wigton this was more than just 60 minutes of rugby at Violetbank.

A great return to play for Hamilton and Collinge on the day and some powerful running from Armstrong, Watret and Nicholson was good to see. Zak Stevenson was outstanding over the ball against a very good technical side and a busy day at 9 for Ruari Heughan who’s service was excellent in horrible slippery conditions. Lots of positives on the day and onto next week we go.

A big thank you to Andy Render who was our referee for today. It’s not easy at the best of times but taking into consideration the slightly different rules on the day Andy did a sterling job.

The teams after a muddy match! 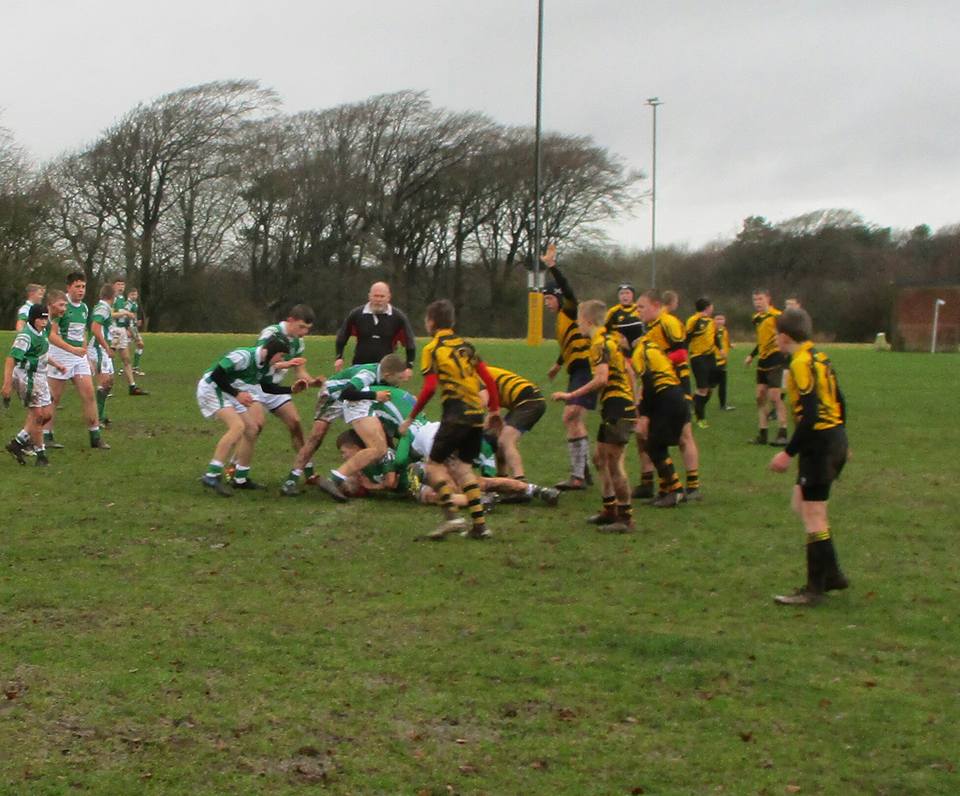 U14 Tigers at Strathaven 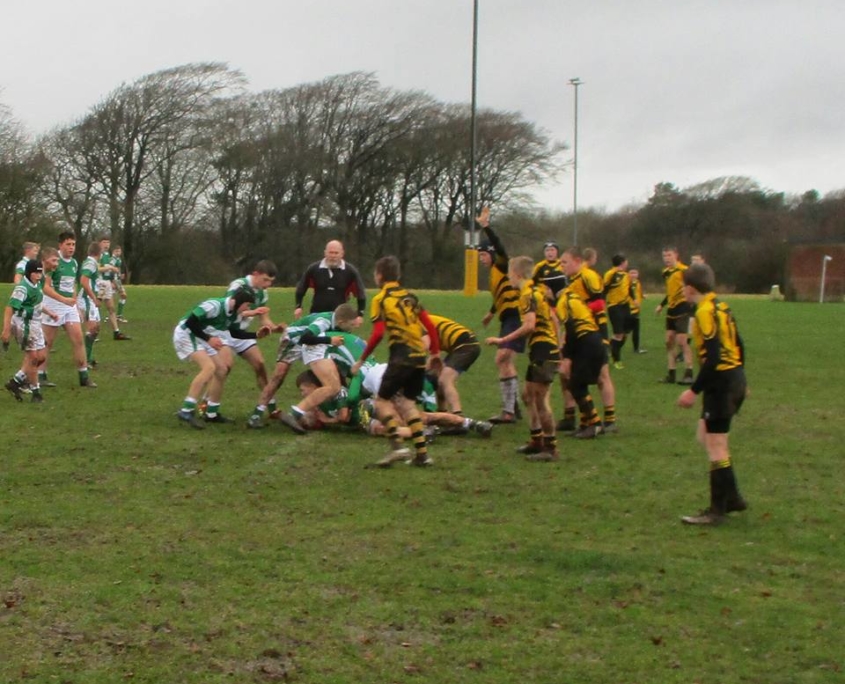 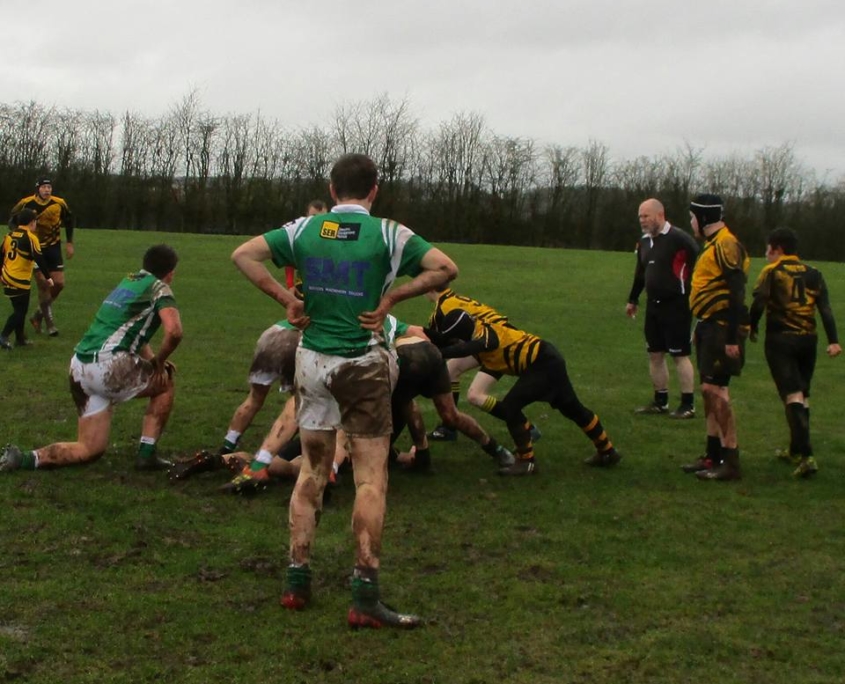 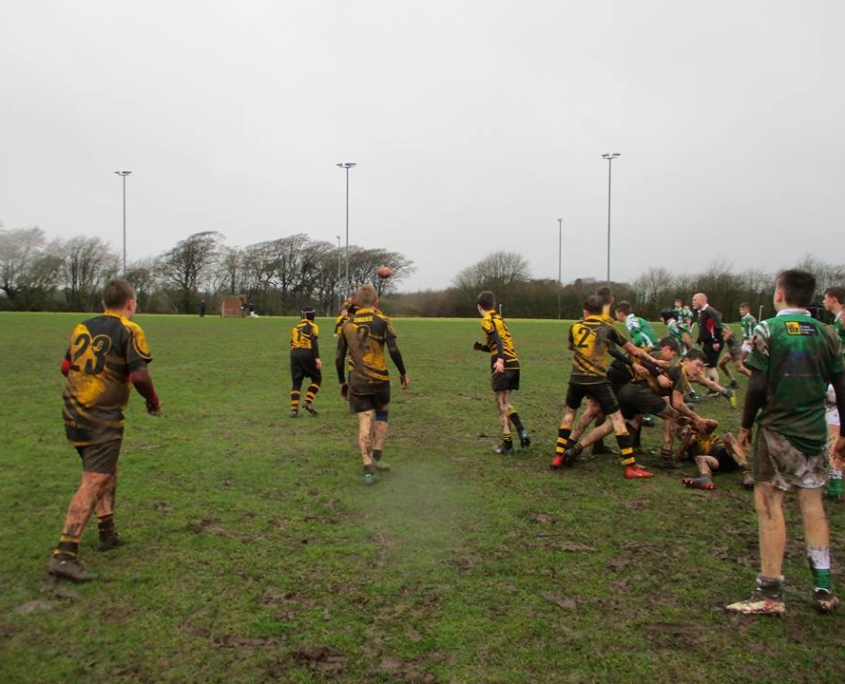 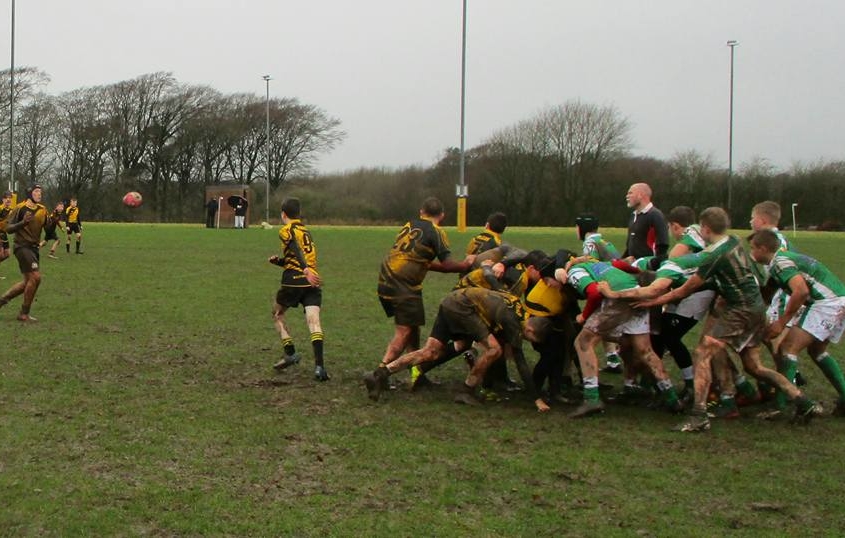 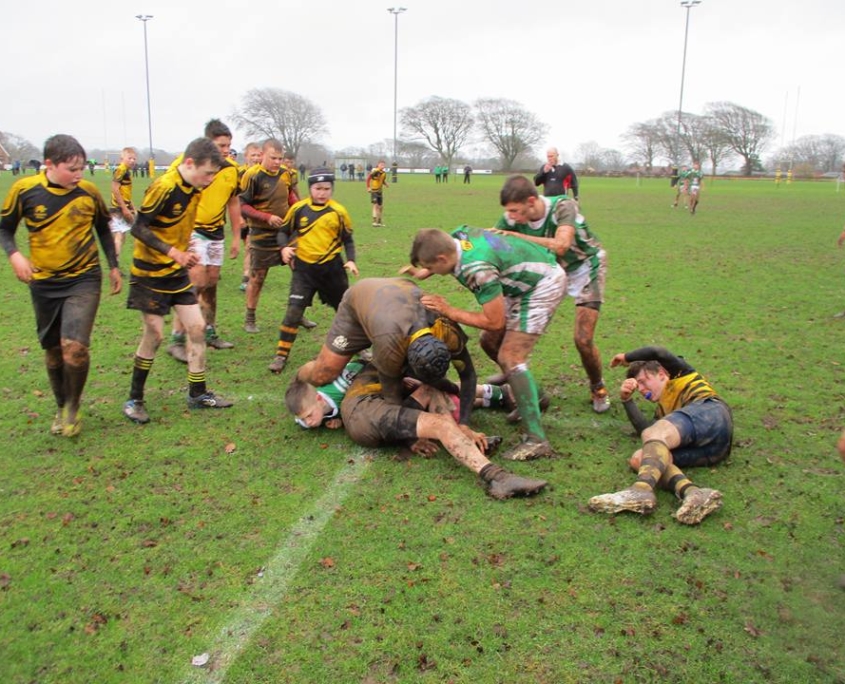 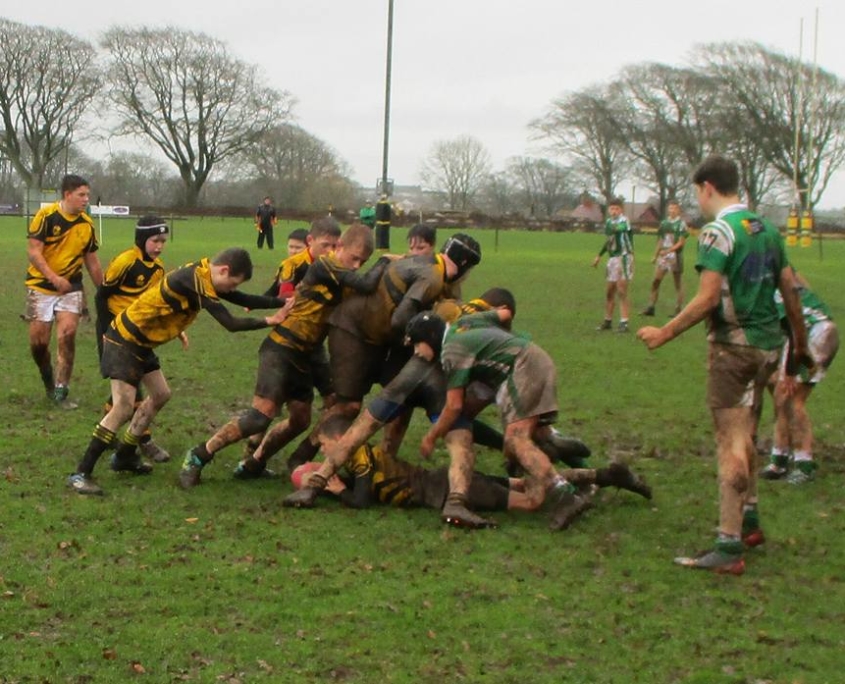 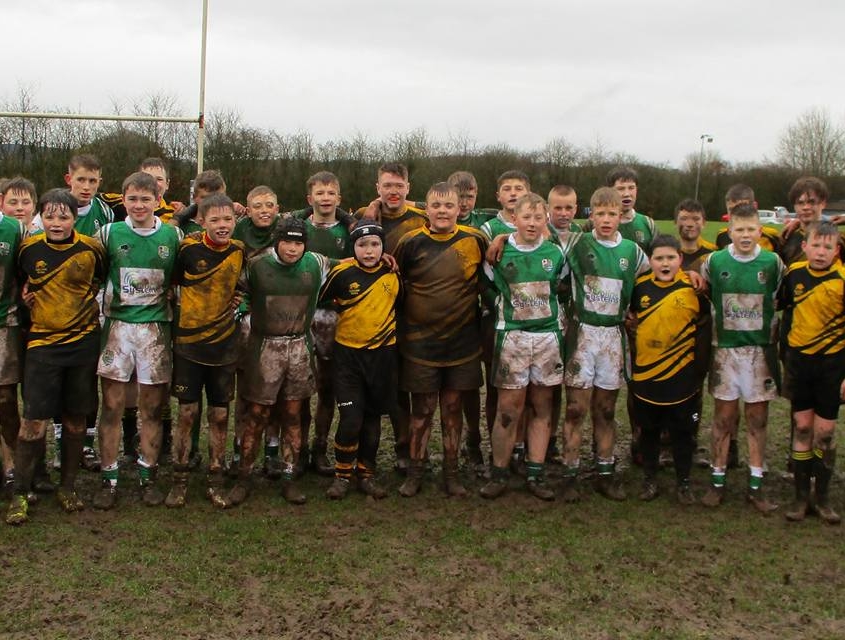