On Monday 2nd January, Violetbank hosted a match between an Annan Select XV and a Scottish Farmer Select XV. It’s had been 3 years in the making with the 2 previous matches postponed due to Covid.

In the previous weeks arrangements for the game, very few said they were not available and good banter between us all.

For some of us it’s the only runabout of the year. The Farmers are mostly made up of older has-beens and a few young bucks.

Great game with a few thumping tackles going in by both sides.

Thanks to Craig McCann for referring well and not listening to the chatter of both teams trying to bend events into their favour.

However we did worry that we were going to get stitched up as at the start of the game, rather than toss the coin, Craig asked our captain which hand the whistle was in. We said right at which point Craig pulled it out of his pocket! 🙂

39 year old David Reive was our Man of the Match and Aitken Render for Annan. 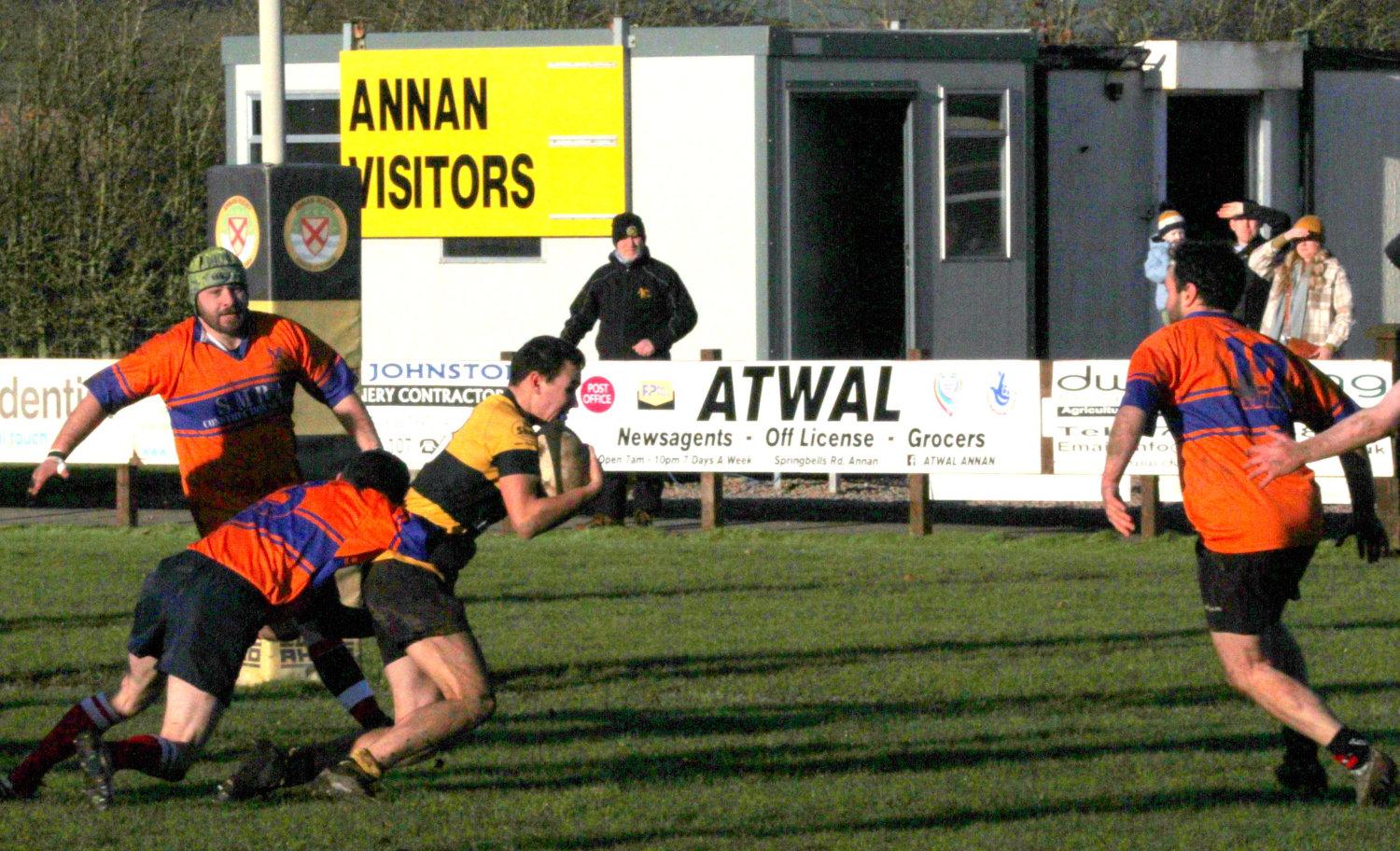 First time my life I have cheered on Annan’s opposition. A win for the farmers 31-24

Good chat in the clubhouse post match with a bit of accordion music and singing, we raised a toast to Doddie to whom we received £1000 in donations, which we will add to our Doddie 555 Bike Ride.

From Annan we must thank all the various helpers who fulfil all the cogs in the wheel. And a big thanks to all the hornets who came along to support me today.