A two minutes silence was observed on Remembrance Sunday prior to the matches at Violetbank.

Players and parents during the 2 minutes silence

The P1-3 Tigers were also up at Violetbank, 16 micro Tigers enjoying the rugby and mud!

After all the Friday nights training the P4-5 Tigers were keen to put their hard efforts into practice with an in house tournament.

The players split up into 3 teams of 5 players. Black, Blue and Yellow and rotated 5min games playing each other twice with a full group game at the end. 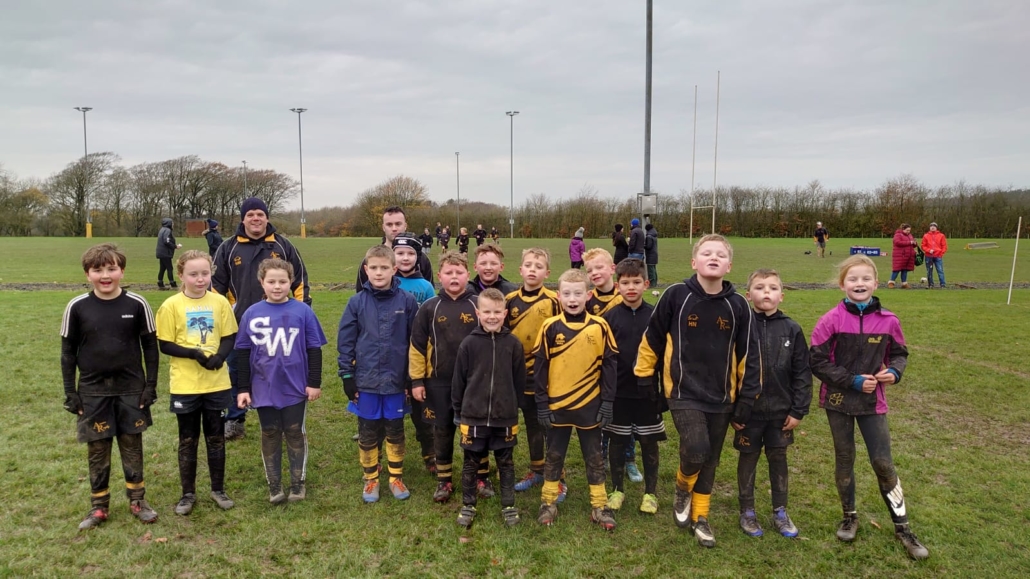 P4-P5 Tigers after a great day

Everyone showed a firm grasp of the basics and played their role in each team. Good footwork in attach and strong defence was on display.

In the coming weeks we will working on the passing game using the space and getting everyone involved.

Keep up the good work guys. Thanks to all the parents for supporting the day.

Despite the cold wet weather of Annan on Sunday morning the tournament still went ahead.

The P6/7 team were split into 3 groups which were Scotland, Wales, and Ireland.

The players were ready and excited for the tournament as this would be their first “serious” game action since Covid-19 struck.

The first teams to play were Scotland v’s Ireland to kick off the tournament.

Well, what a first game. There were some brilliant tackles being made. Dan who was on team Ireland was showing fantastic technique on the tackle area. He was sharp and reactive with his speed to the tackle.

The game was full of action with tries from Oliver, Ben Q, Laurie, Ryan T, Ben Q for Scotland and Tries from Elliot and Dan from Ireland.

The second game was the same intensity with 7 tries.

There was some great running as well as tackling. Cooper for Wales and Elliot for Ireland were running yards with players around them. Their drive work was fantastic, and the team communication was great to see.

Both teams were taking it in turns to score a try. It was 3 tries each until the last play, where Oliver had some fancy footwork and just took off scoring the winning try for his team making the scores Ireland 4 v 3 Wales

Wales were yet to win a game as Scotland and Ireland bagged themselves 1 win each.

The third game before the halfway point was Wales v Scotland. Scotland had a lot of confidence going into the third match.

Their communication amongst team members such as McKinley and Shaenah for Wales and Ryan T and Jack working together.

Both scoring some great tries using their incredible footwork. As well as the tries there was some great tackling being shown from both teams.

Sophie and Tara had some great tackles which helped both teams grow in confidence. The only try from Wales came from McKinley which was a fantastic solo effort from the halfway line.

But Scotland were outstanding with try scorers Oliver, Ryan T, Ben and 2 tries for Jack.

Making that game a 5 v 1 win for Scotland.

After the slight break, each team were playing each other one more time and at this point Scotland had won 2 games and Ireland 1 game with Wales yet to get a win.

It started with 2 tries from Cooper and Elliot early on giving Ireland the lead, but soon after Scotland came forward with their help from the teammates working together giving Jack 2 tries and Ben Q giving Scotland the lead at 3v2.

Irelands’ team players had James to lend his great defensive work at such an important time and helped his teammate Dan to score out wide with a crucial decider at 3v3.

But Scotland were too strong with Oliver scoring once again out wide giving Scotland the lead at 4 v 3 at the last whistle.

The fifth game was Ireland vs Wales. Would this be Wales’s chance to win?

The game was in full swing with no tries until the halfway point. It was great to see some players taking the lead making sure their teams’ defensive line was in shape and that all the players were giving the same effort. Tries soon started coming in for Ireland with a try from Elliot, 2 tries from both Fin and Ben R.

Wales only had 1 more game to go without a win. They faced a strong Scottish team who had already won all their games at this point.

After moving the teams around slightly giving Wales the chance to secure a win. The twins Emily and Lucy were showing good handling work passing at a crucial time with Wales scoring 4 tries from Ben Q, Cooper, Ben R and Shaenah whilst Scotland only managing 1 try from Oliver.

The game ended 4 v 1 with Wales securing their first win. 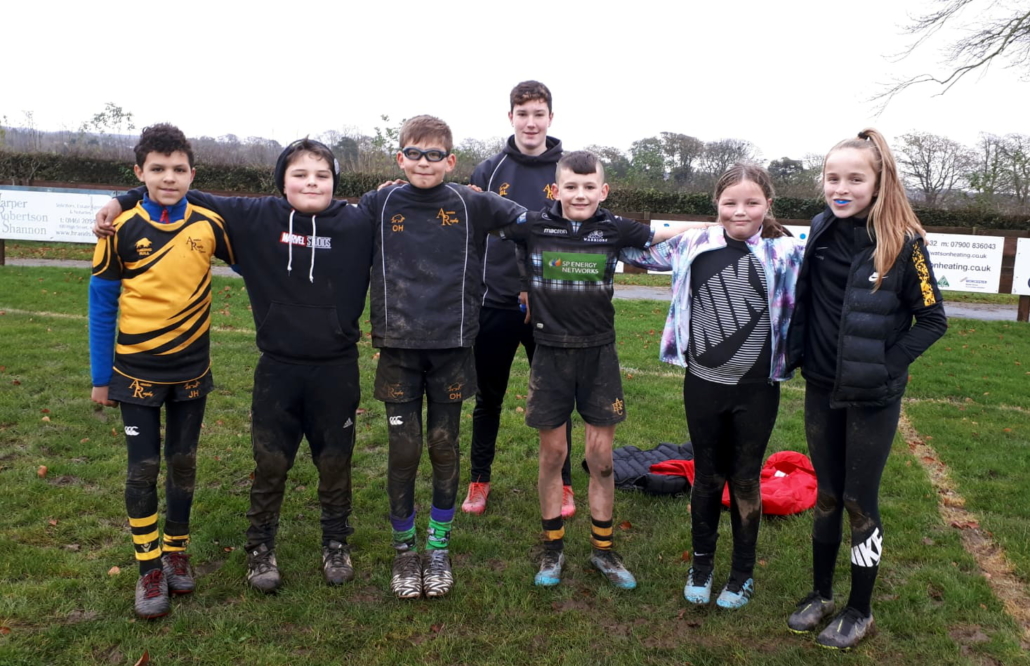 Scotland had won 3 games, Ireland with 2 and Wales with 1. Making Scotland the tournament winners.

Top try scorers of the tournament are Oliver and Ben Q with 5 tries each.

Most tackles made were from Jack.

P6/7 have shown great standard of rugby with the hard work on Fridays coming into play.

P6/7 have also shown where we need to work in key areas of the sport. Overall, it was a fantastic tournament and every child enjoyed themselves.

When coaches spoke after the tournament to the players, they all said how great it was to play rugby and not just train and cannot wait for the next tournament.

Message from the Coaches

“We are proud of all the players there today for their hard work and showing great team spirit on and off the pitch, we noticed several players checking the teammates were ok after a tackle which was really nice to see.

We noticed players coming out of their comfort zone and helping each other.

If your child’s name is not in the match report, please note we are seeing tremendous progress with each player of P6/7. 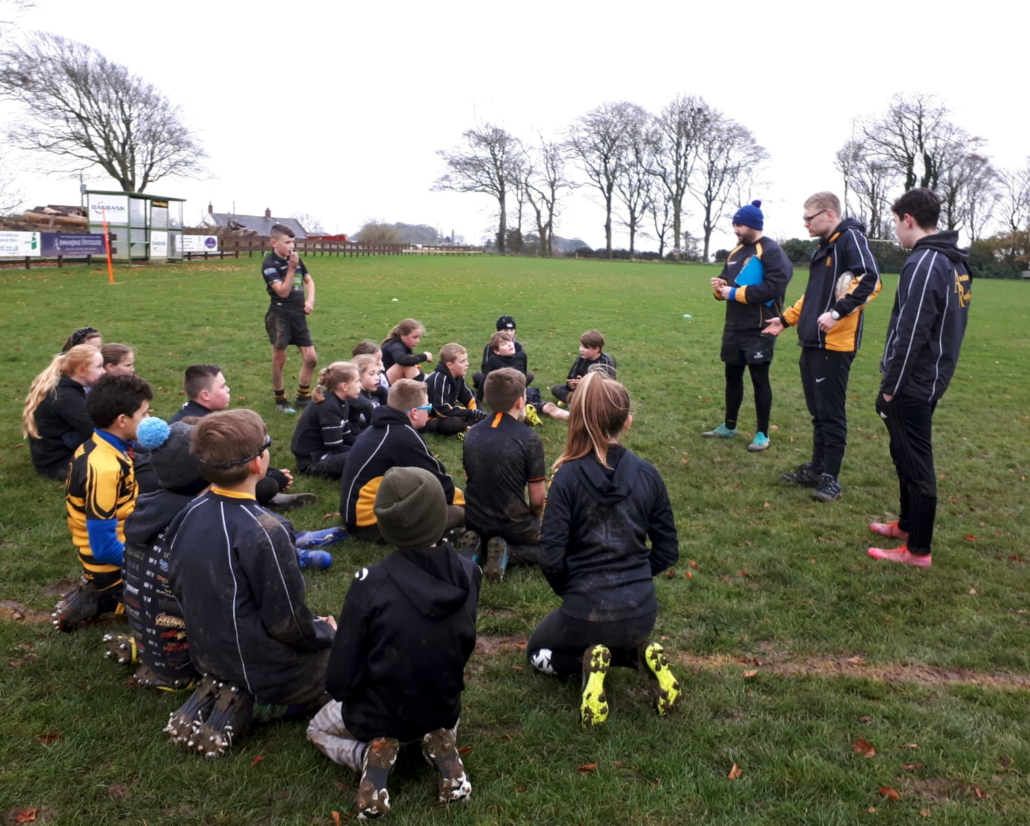 The P6-P7 coaches dispense this wisdom

Keep up the good work, we had a chat about the good and bad points on playing rugby today, so we all have an understanding on what to train on.

Friday bring your gum shields and a full water bottle.

All the coaches with P6/7 are happy with the progress we are making, there is a long way to go but over time we will get there” – Coaches.

Thanks to all the Volunteers and also to the Parents for supporting the Players. 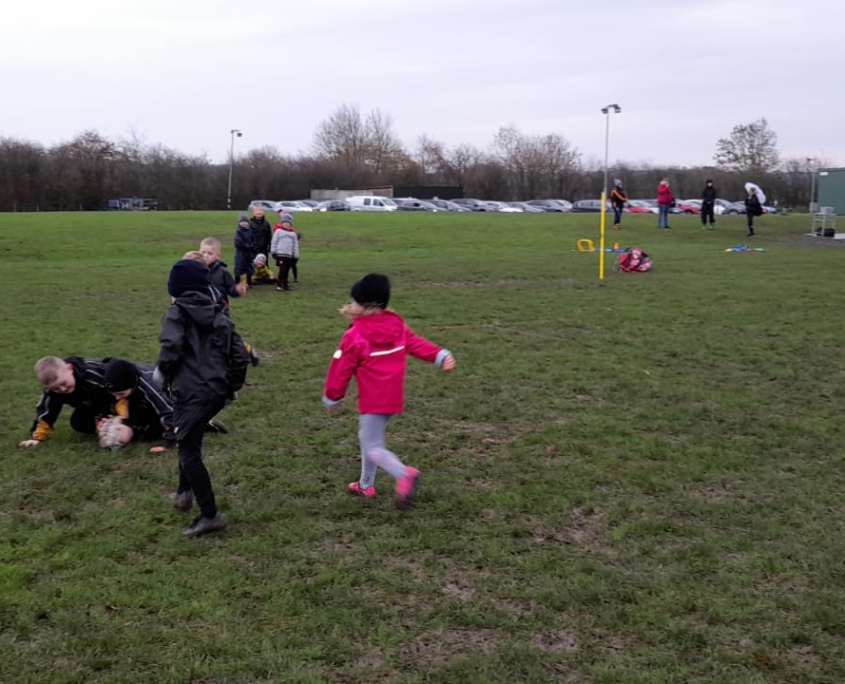 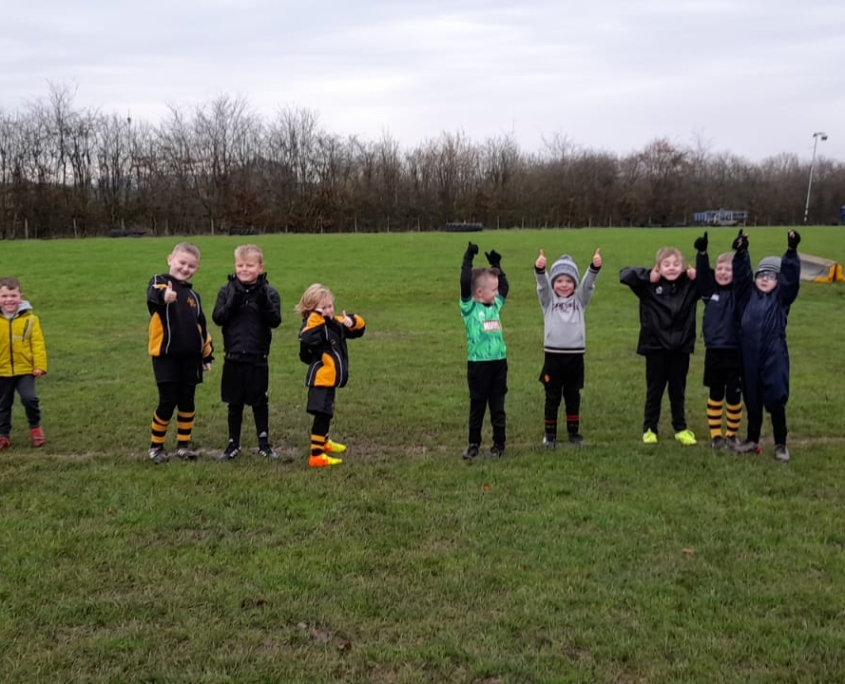 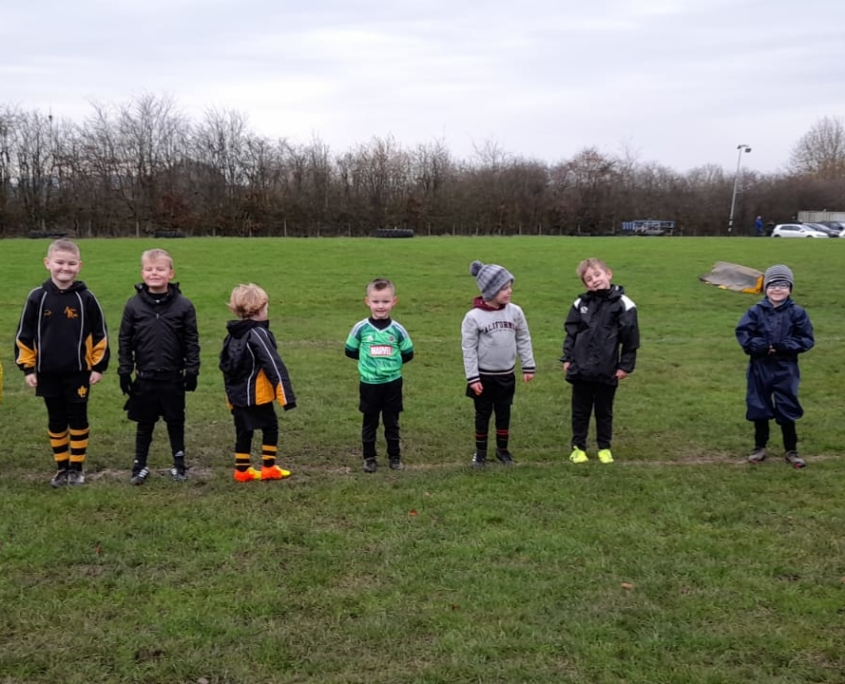 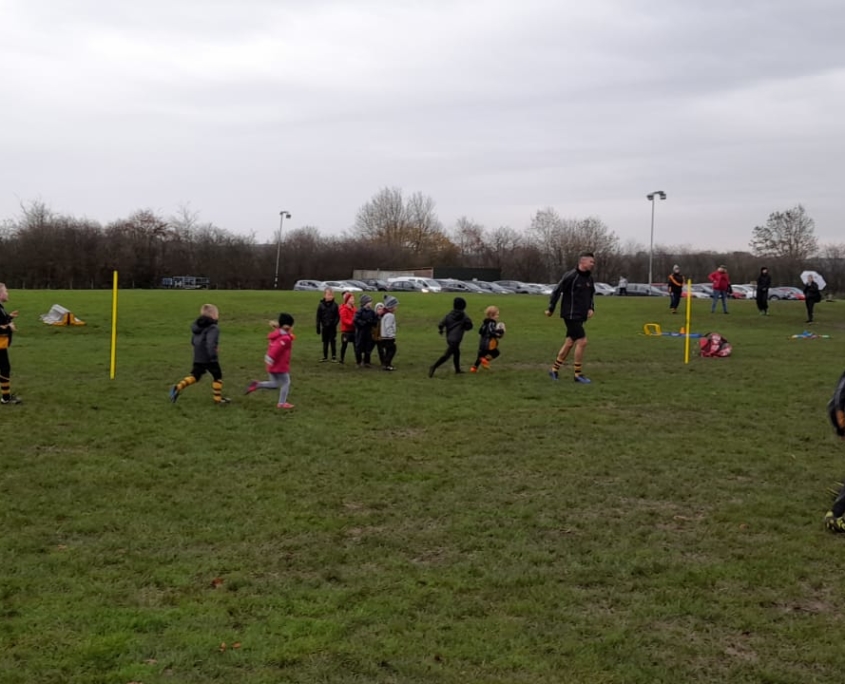 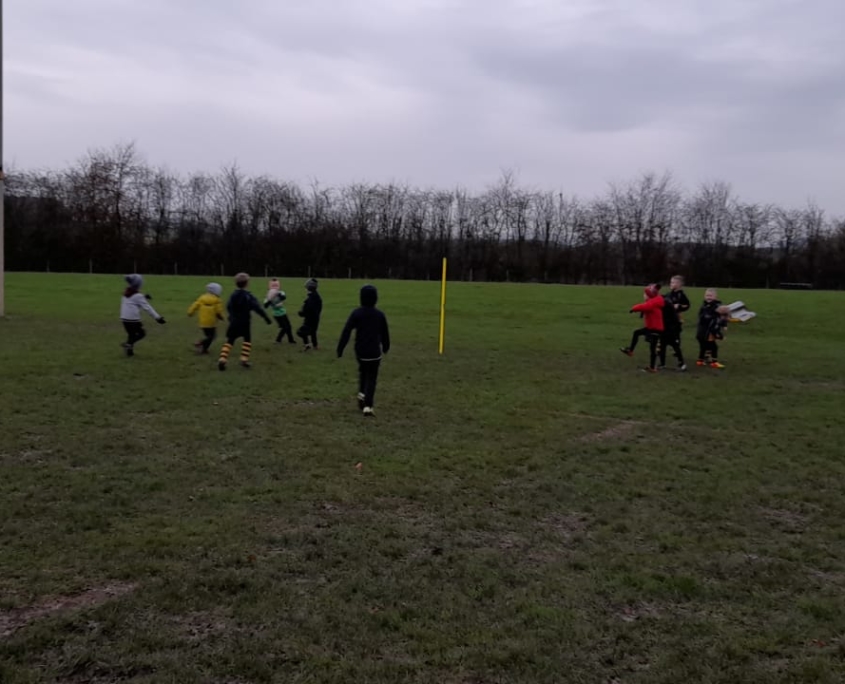 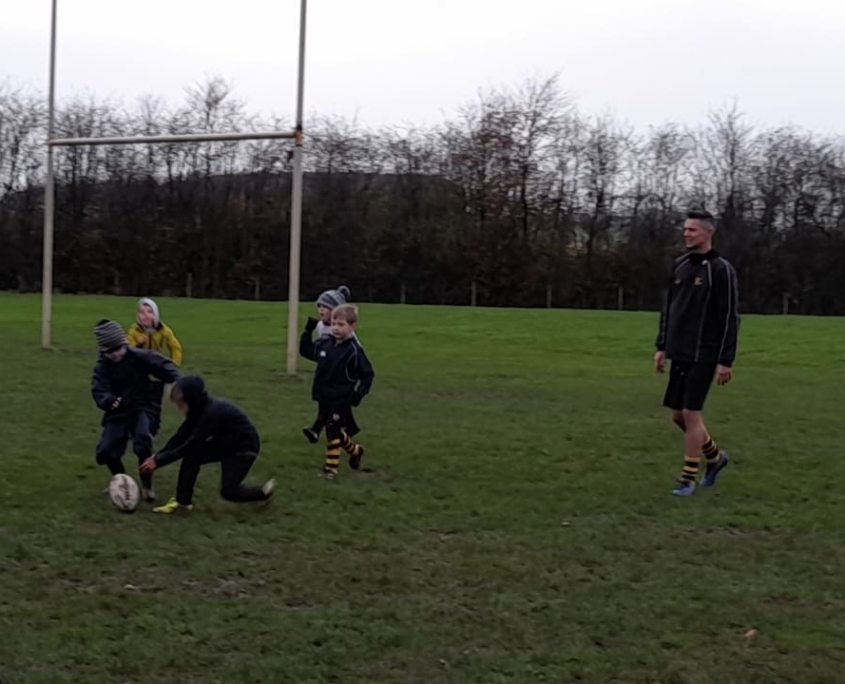 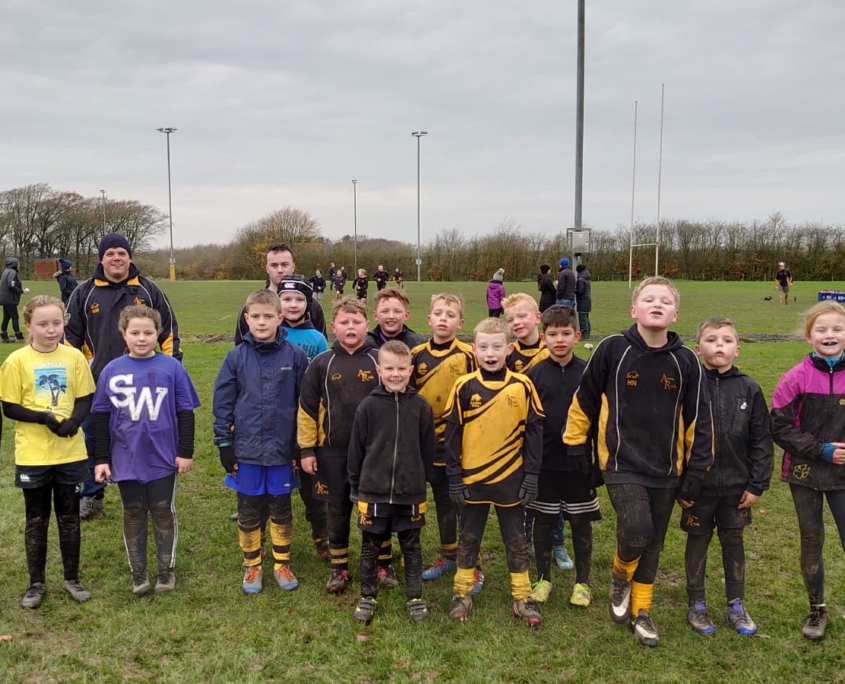 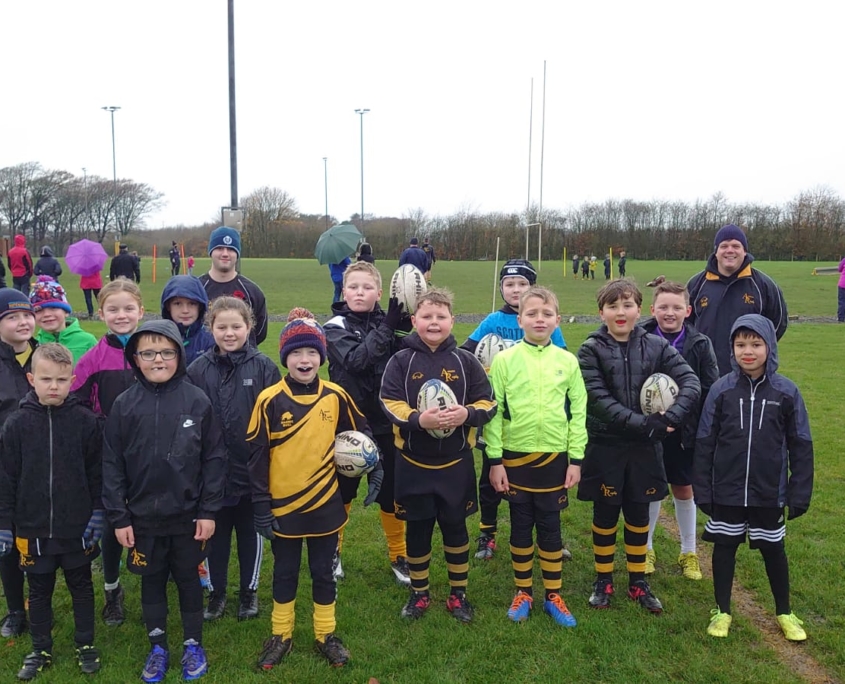 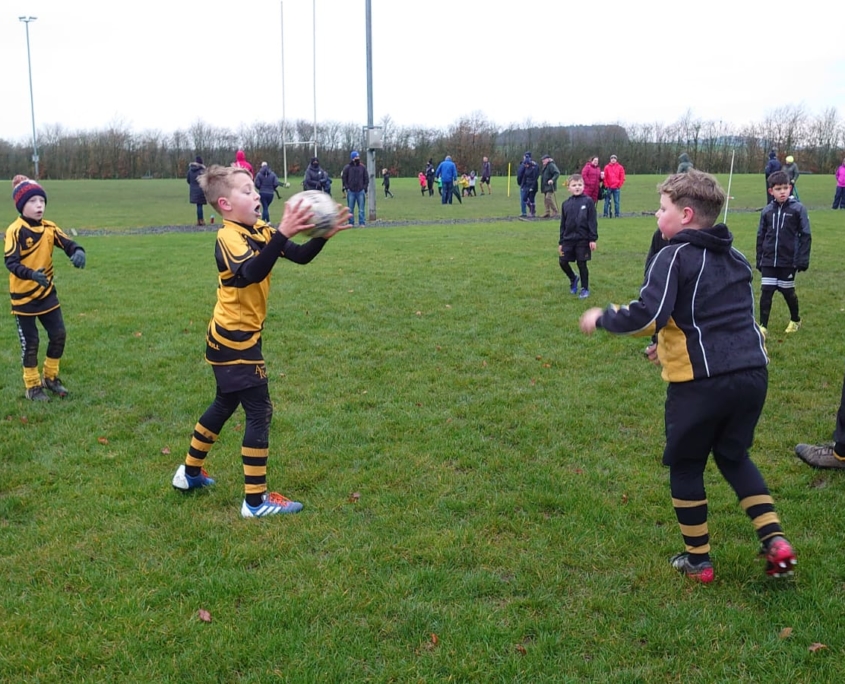 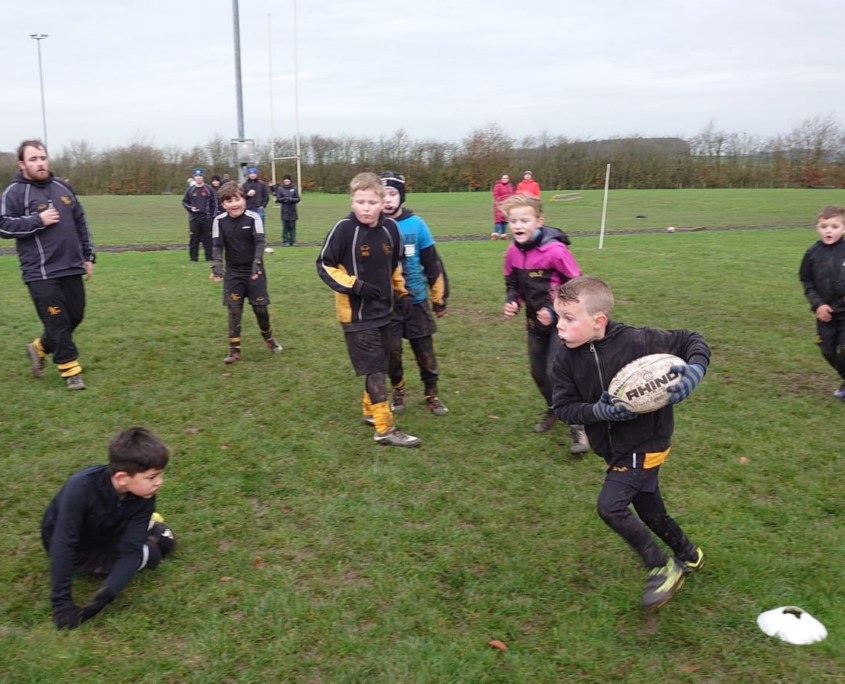 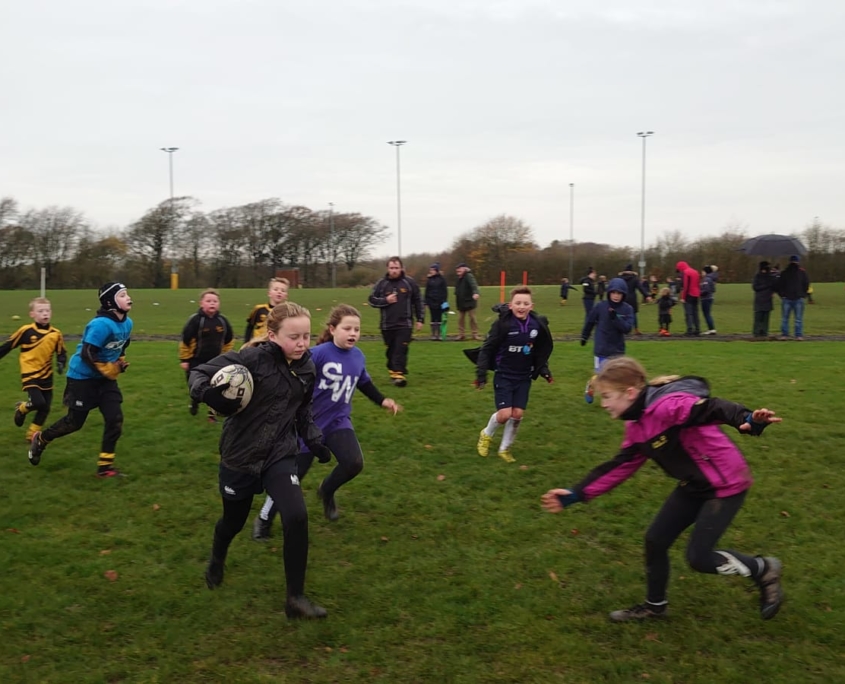 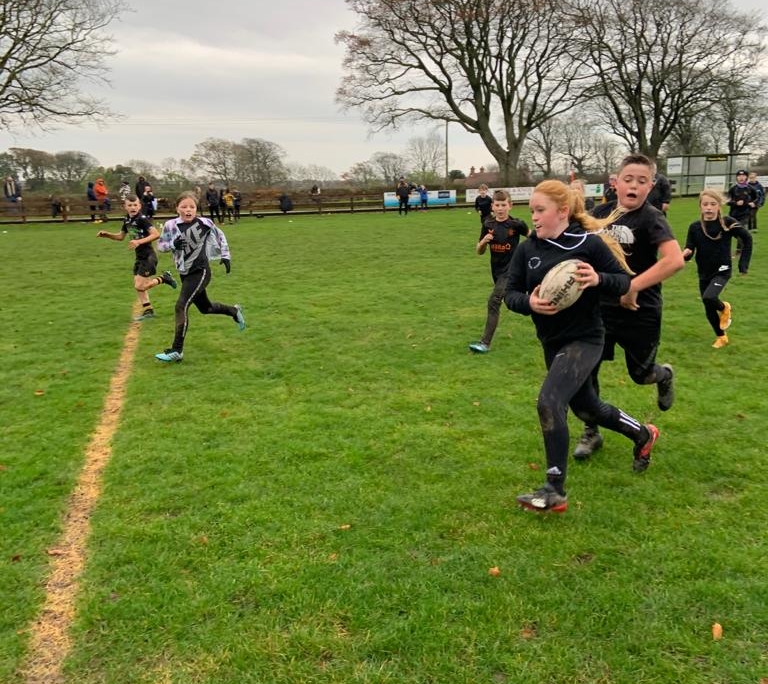 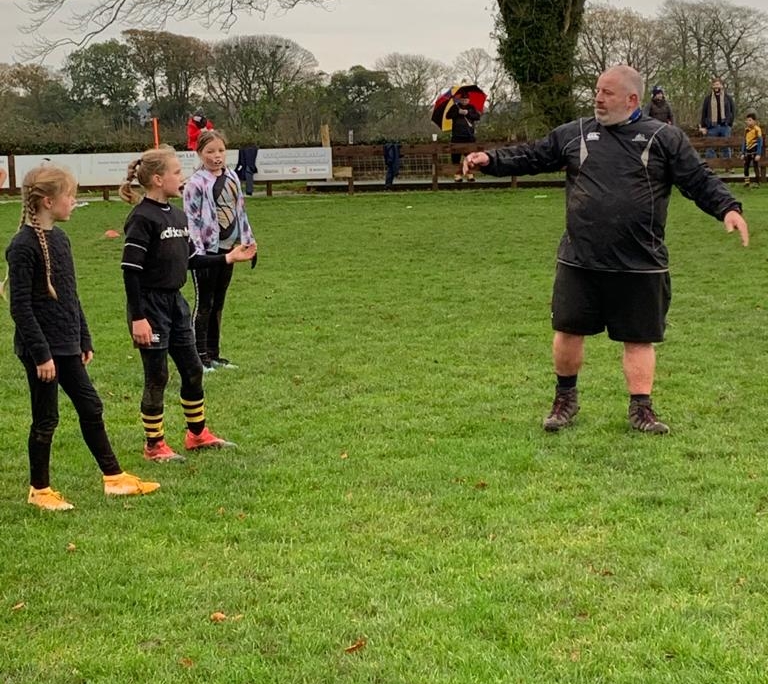 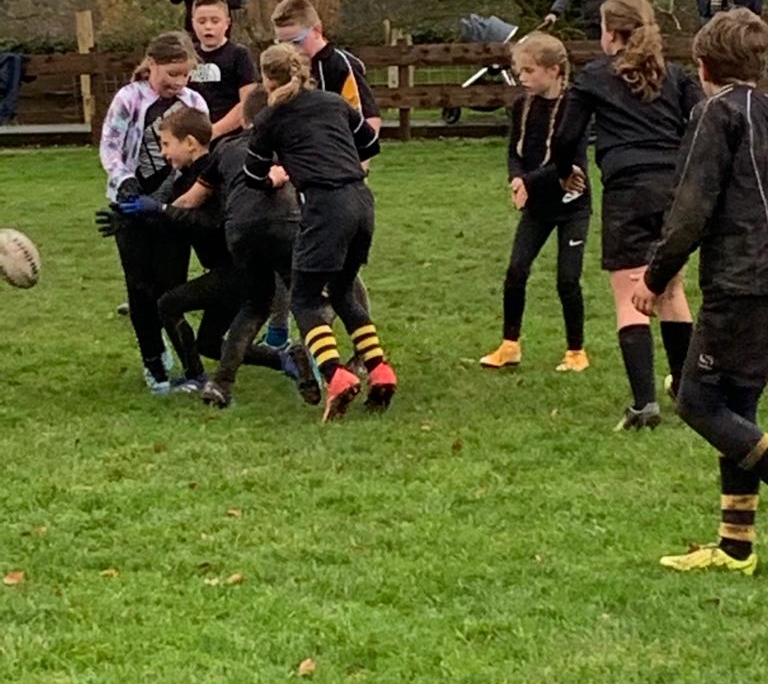 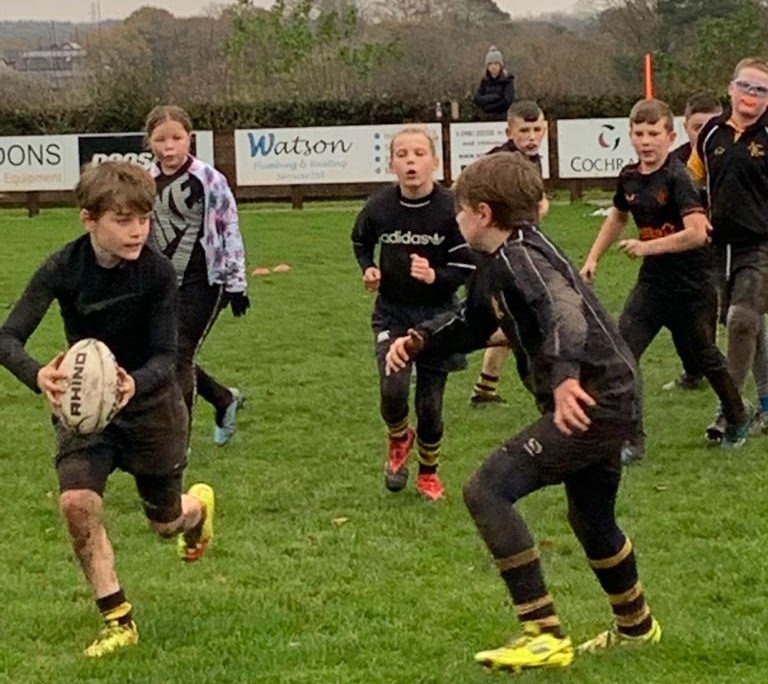 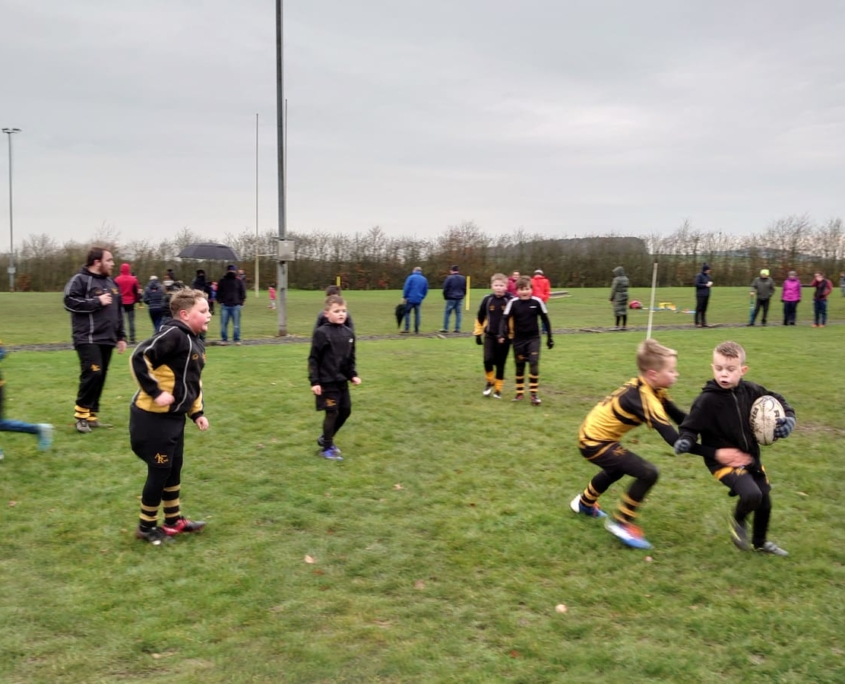 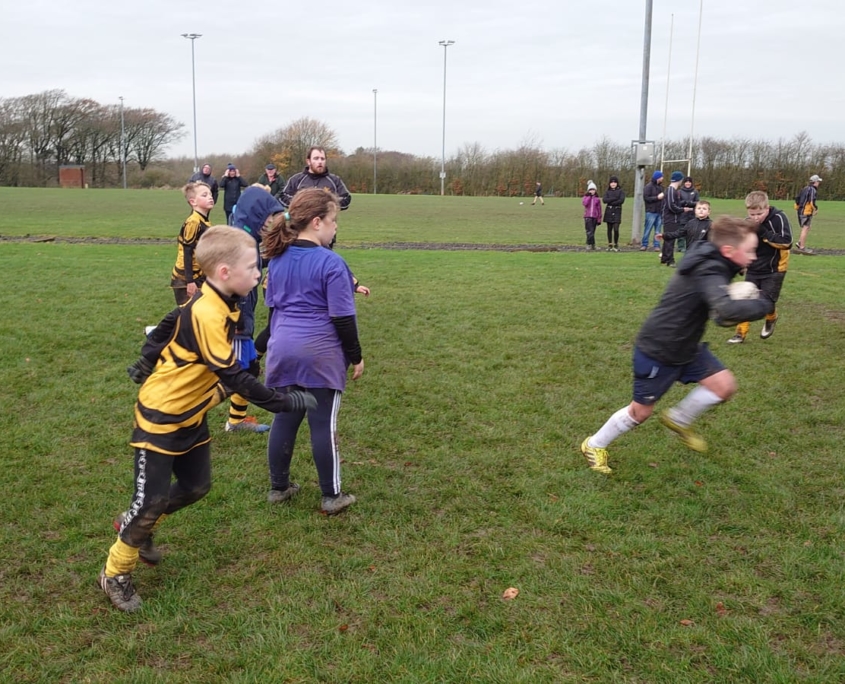 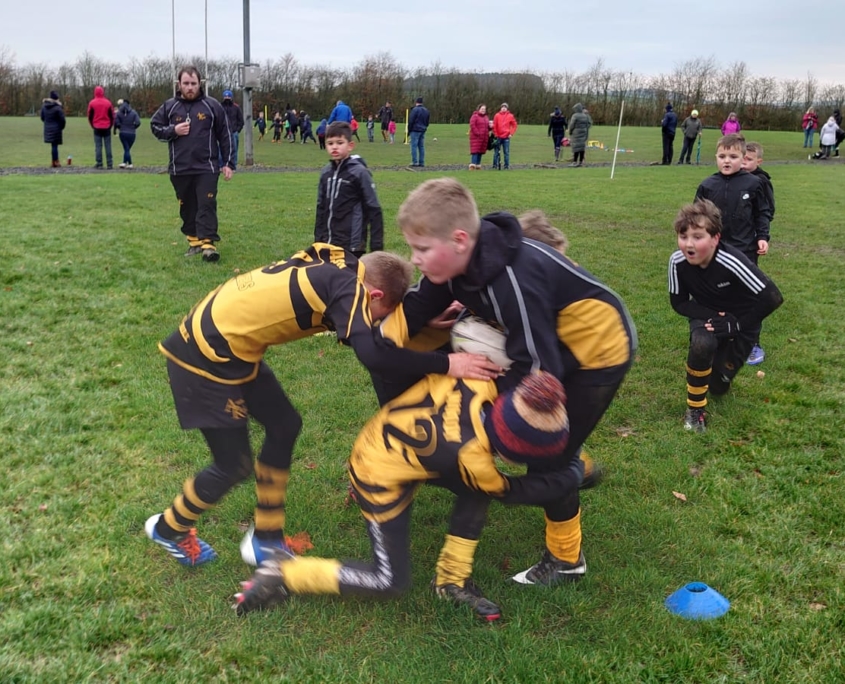 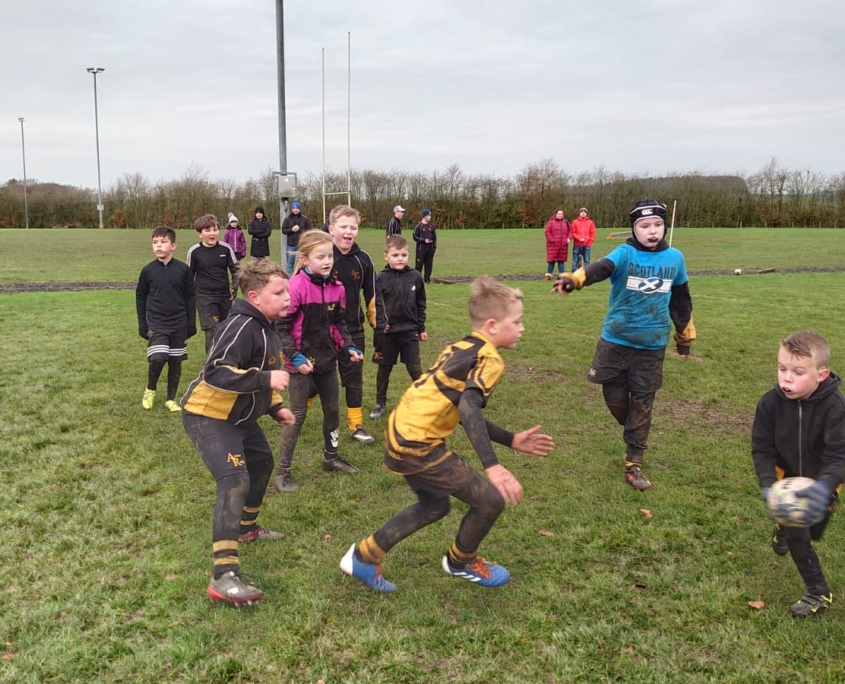 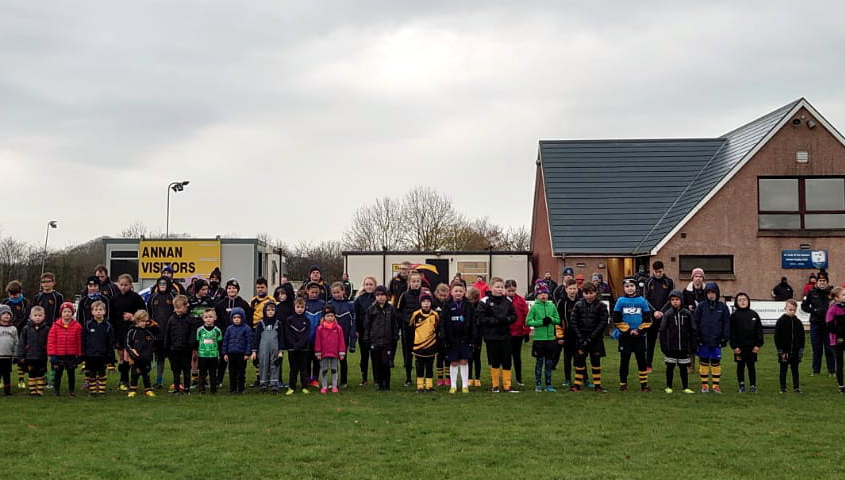 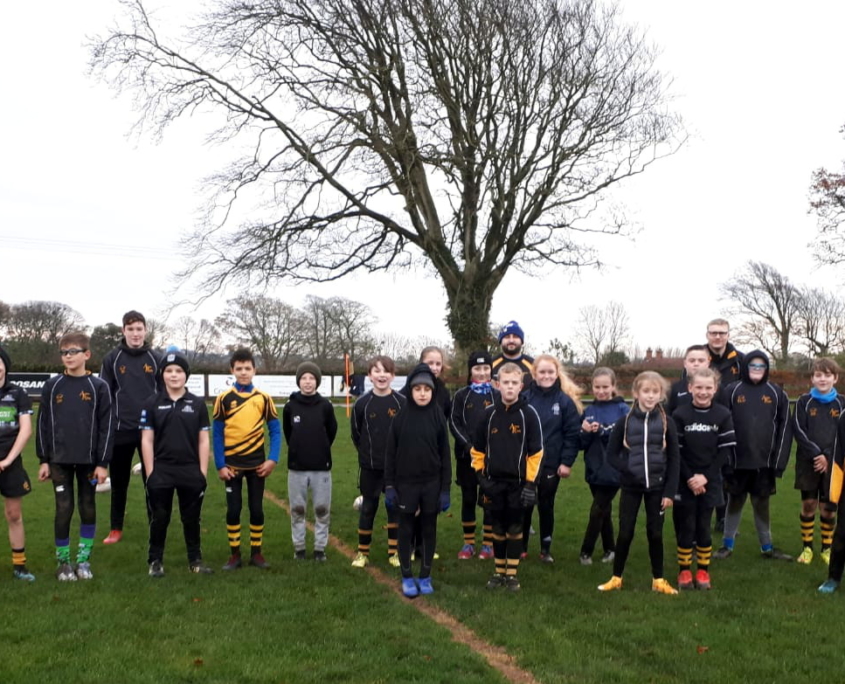 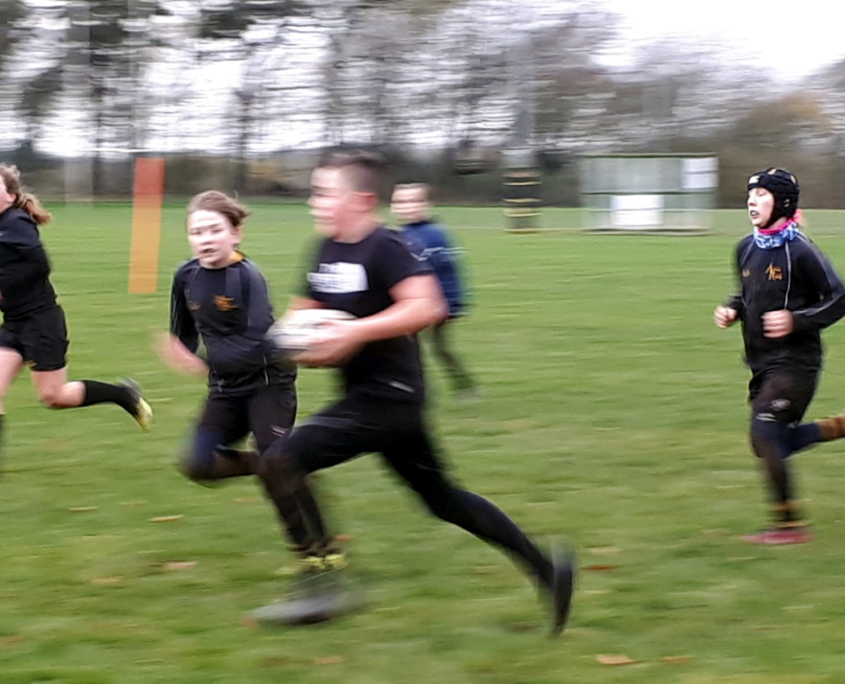 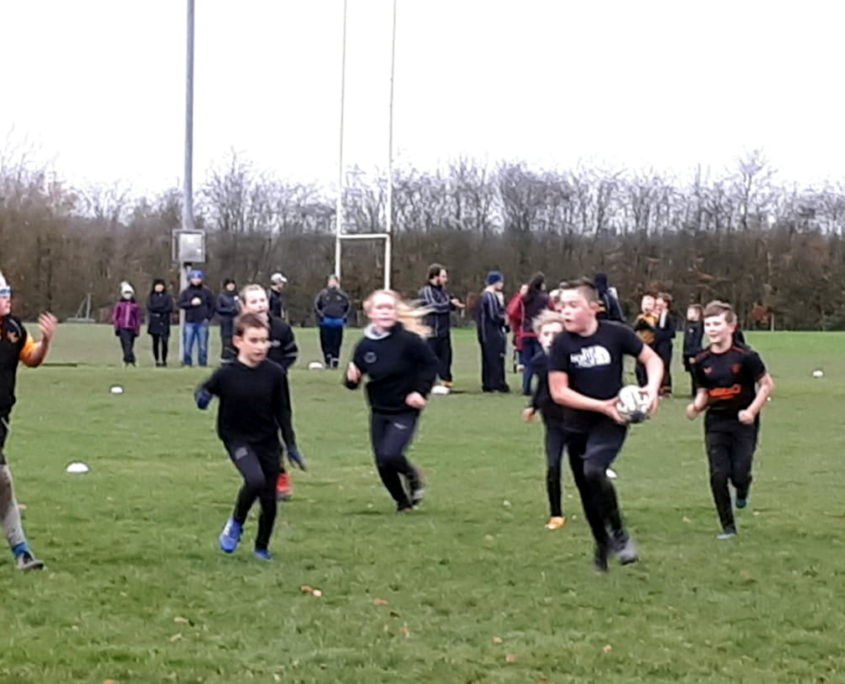 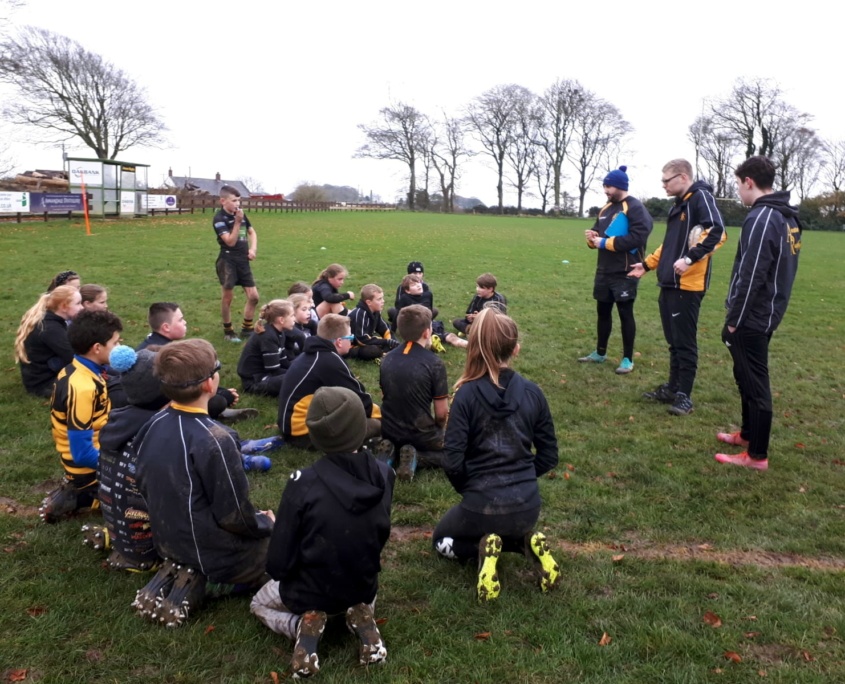 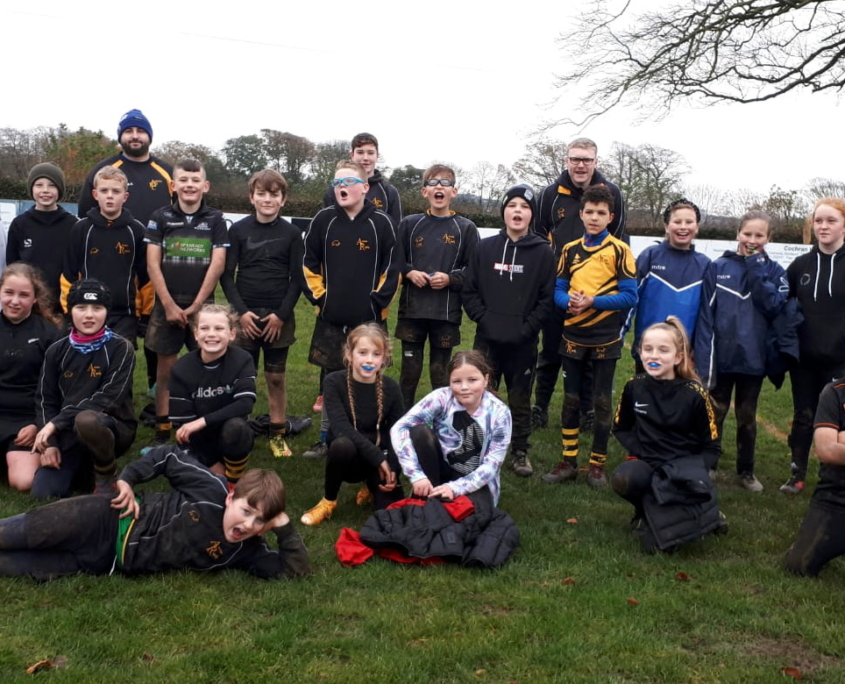 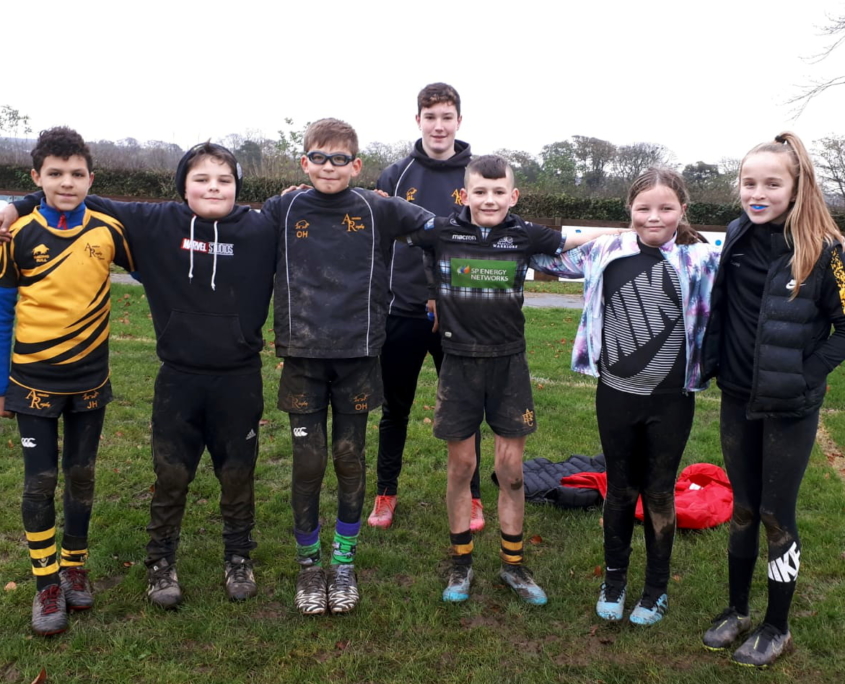