P1-P3 Match report from: To be added

The always fierce P1-P3 Tigers. Scared? You should be!

All the P4-5 Tigers played with commitment and competed well in each game. As the games progressed their confidence grew, the games were keenly contested and their efforts resulted in them getting a draw and then a well deserved win, before a last second defeat in their final game.

These results will hopefully help all the players realise they are more than capable of competing against all the teams they play and just need to show the same commitment they did in the festival. 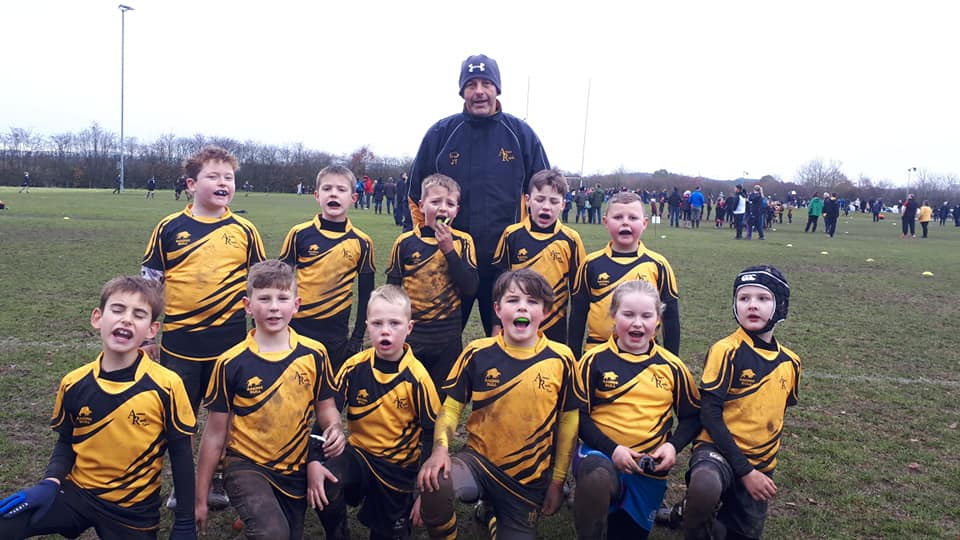 And A big thank you from team manager Heather Tinning to Abbie Clark and Malcolm Duncan for timekeeping and refereeing for the 4/5 Tigers.

Also, thank you to all volunteers who helped at the Festival including the ladies in the Grubber and on the Cake and Candy Stall, and our chef on the BBQ.

And a thank you to all our visiting teams Stewartry, Moffat, Biggar, Wigtownshire and also Dumfries Micros for supporting our Festival and to our Parents and Grandparents who supported our players from the touch lines on a cold dry morning.

On Sunday 17th November Annan P6/7 Tigers played in their home Mini Festival. On a dry cold day Annan welcomed teams from Moffat, Stewartry, Biggar, Wigtownshire and Dumfries Micros to Violetbank. With healthy numbers at this age group and with Lynn the Team Manager getting early replies of availability, we were able to field two teams ‘Annan Black’ and ‘Annan Yellow’ allowing all children maximum playing time.

First up to play were the Annan Blacks against Biggar B. Annan got into their stride very quickly with regular scores ending in a 7-1 win for Annan with Ethan McDairmant, Lauren Thompson (Lauren’s first score for the club), Jack Hutchinson, Aidan Tinning and Elliot Oakes(his first at this age group). Next to play Annan Blacks were Stewartry. This was a very close game with Stewartry just edging it 3-2 with scores from Ethan and Jack. Third game of the day was against old friend’s Moffat. Annan Black were determined not to fall to defeat again and they went on to win 5-0 with Aaron Kerr, Jack and Aidan getting the scores.

The next game followed quickly and this was against Wigtownshire. Annan Blacks were working hard on all areas of their game and ended 5-0 to Annan. Ethan, Aaron and Aidan getting the scores for the Blacks.  Last game of the day for Annan Blacks was against Biggar A team with a 4-0 scoreline to Annan. Annan’s tries from Dan Stevenson, Elliot, Ethan and Aaron.

First up for the Annan Yellow team were Biggar B which ended with a win for the home team 5-2 with Ben Richardson, Malachi Jones and Rohan Cother getting the scores. Next to play were Biggar A. This was a very competitive game and a 1-1 draw was the right result.  Innes Johnstone got the vital score (his first for the club, making his Dad a very happy Coach).

Third game of the day for Annan Yellows was against Moffat. The Annan team put on an excellent show and ran out 6-4 winners. Oliver Hutchinson, Ben, Rohan and Archie Stodart touching down for the Home Team. Annan Yellows penultimate game was against old foes Stewartry. Stewartry came out on top this time 0-4. Last game of a hard mornings rugby for the Annan Yellow team was against Wigtownshire. Annan got a 3-0 win in this game with tries from Maddy Grierson, Rohan and Oliver.

An excellent mornings rugby for all involved. All the players gave a great performance and showed some fine rugby skills. Many thanks to all the helpers that made the day go smoothly from working in the Grubber to helping park the cars, to time keeping and refereeing. A special thanks to Heather Tinning who put in a lot of work behind the scenes in organising the day. With all the Parents, First Team Players and Warriors helping it really is very much a big family club at Annan Rugby. 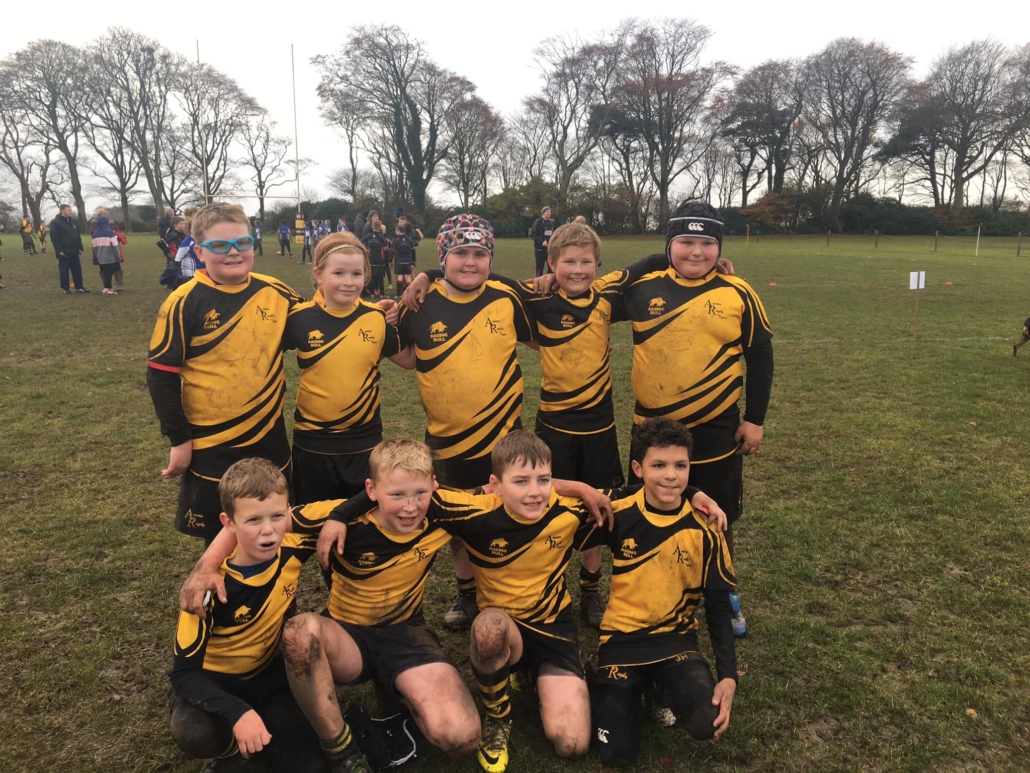 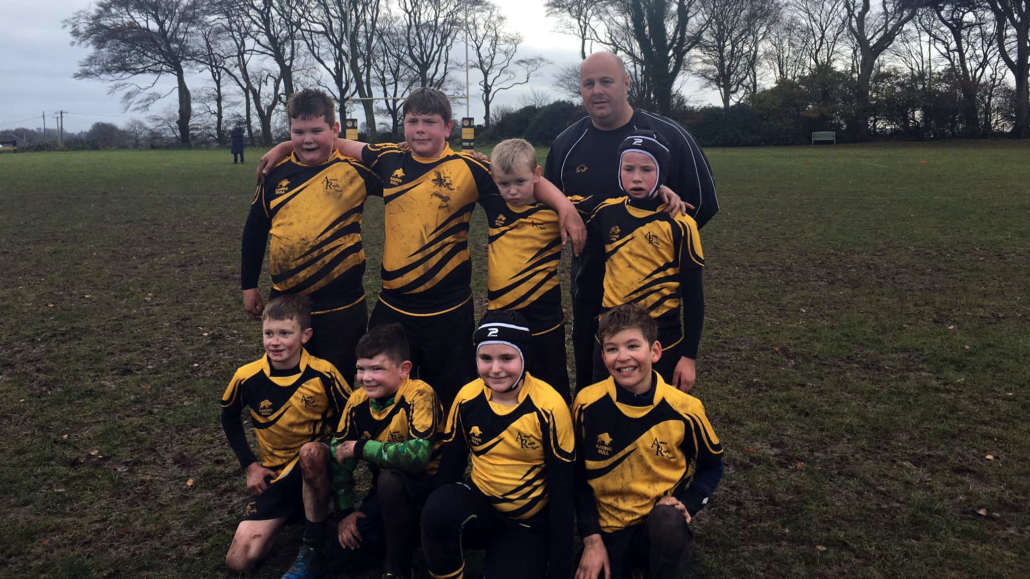 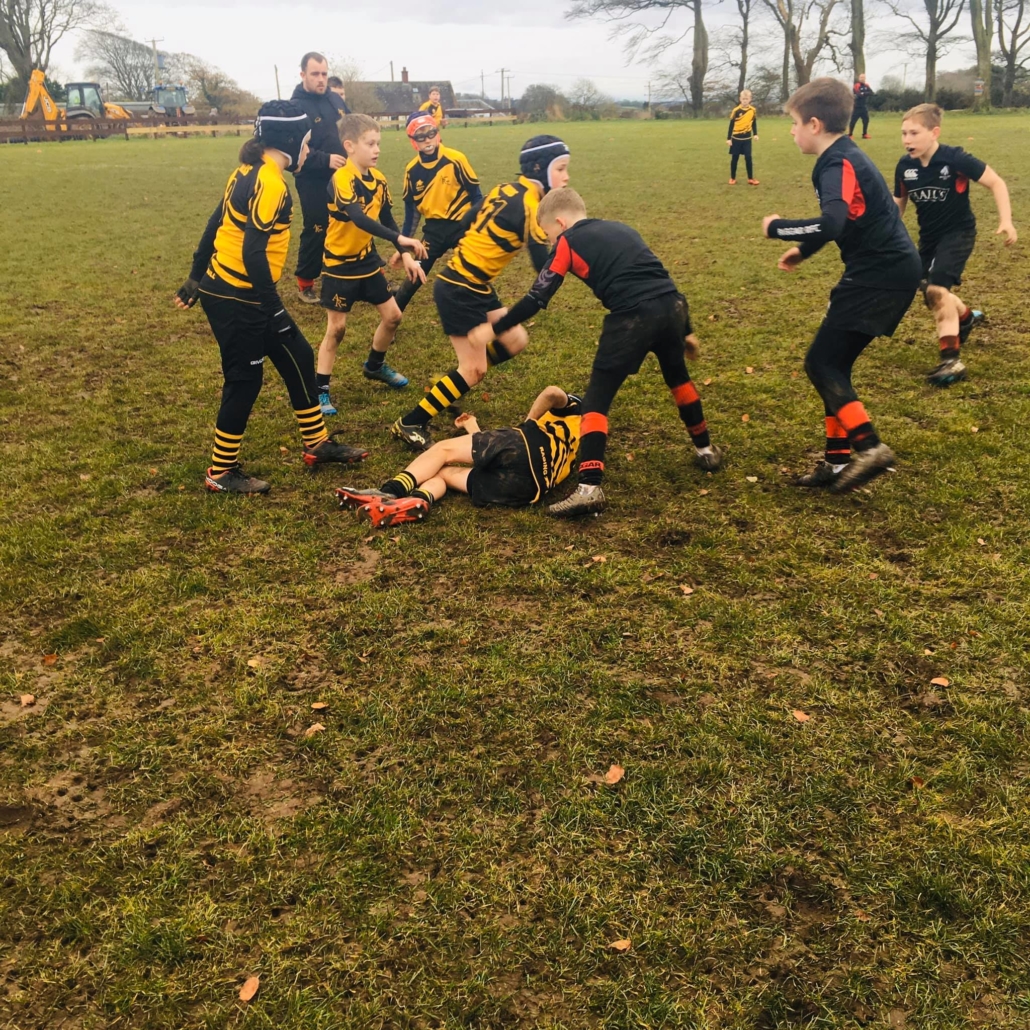 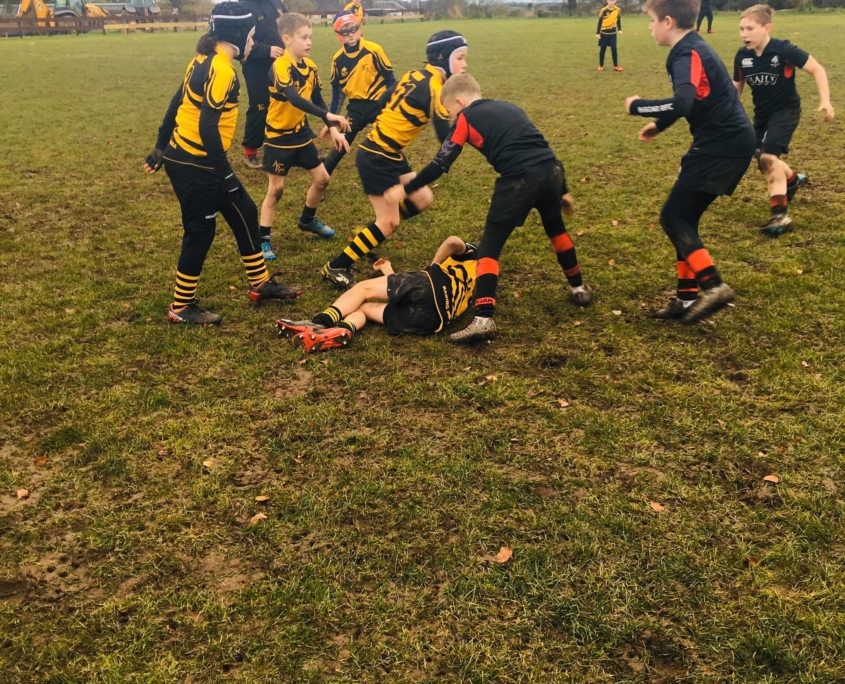 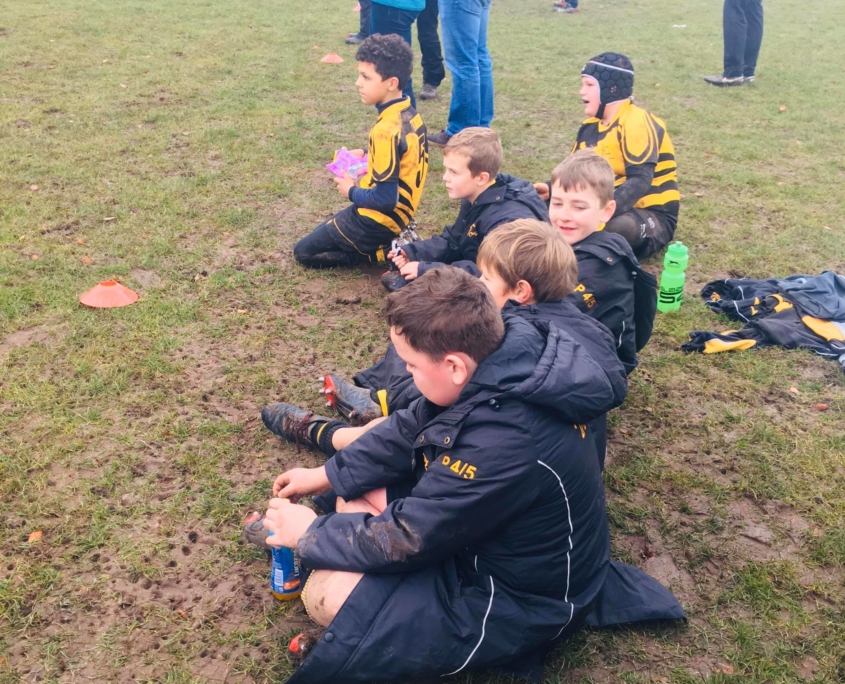 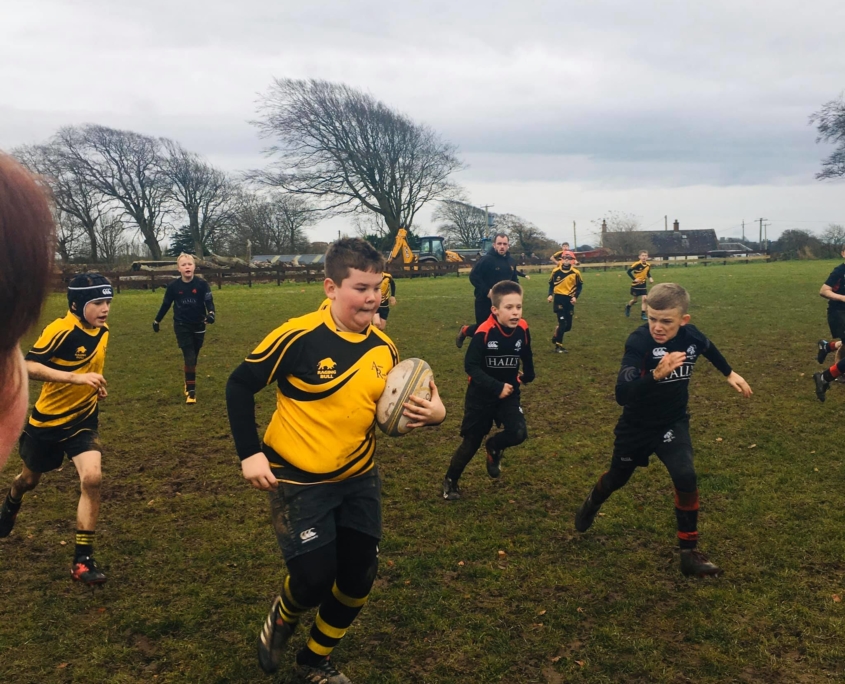 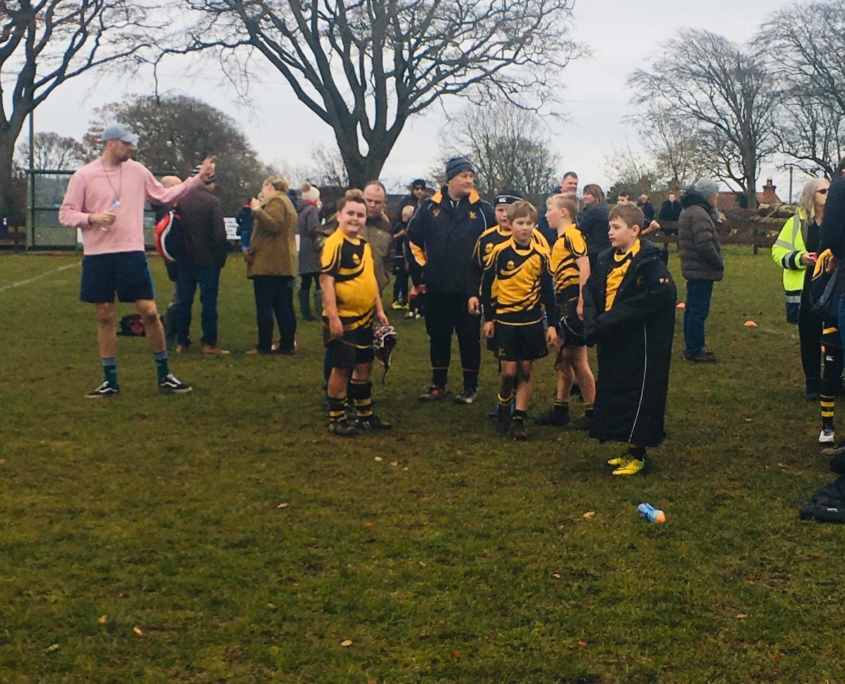 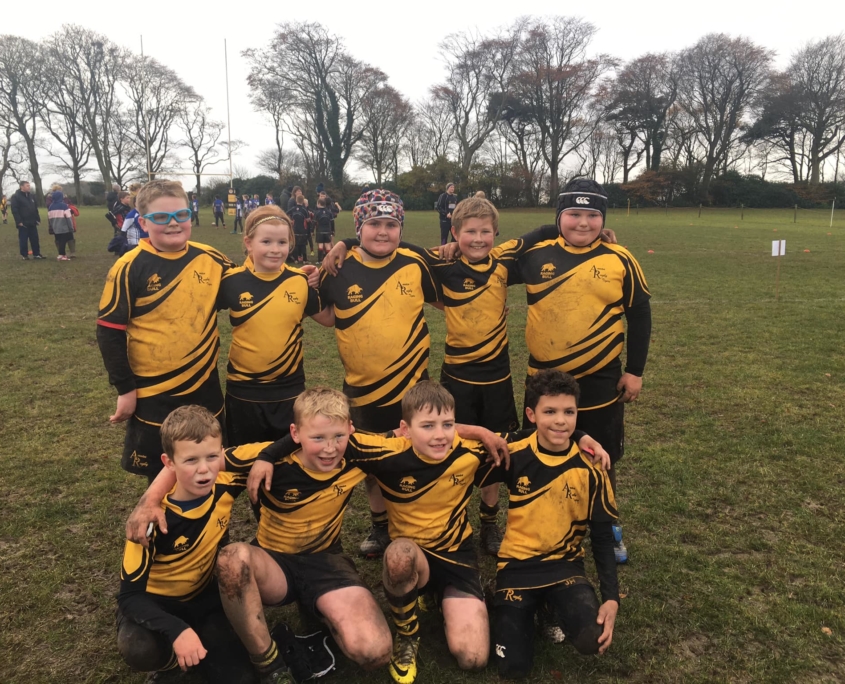 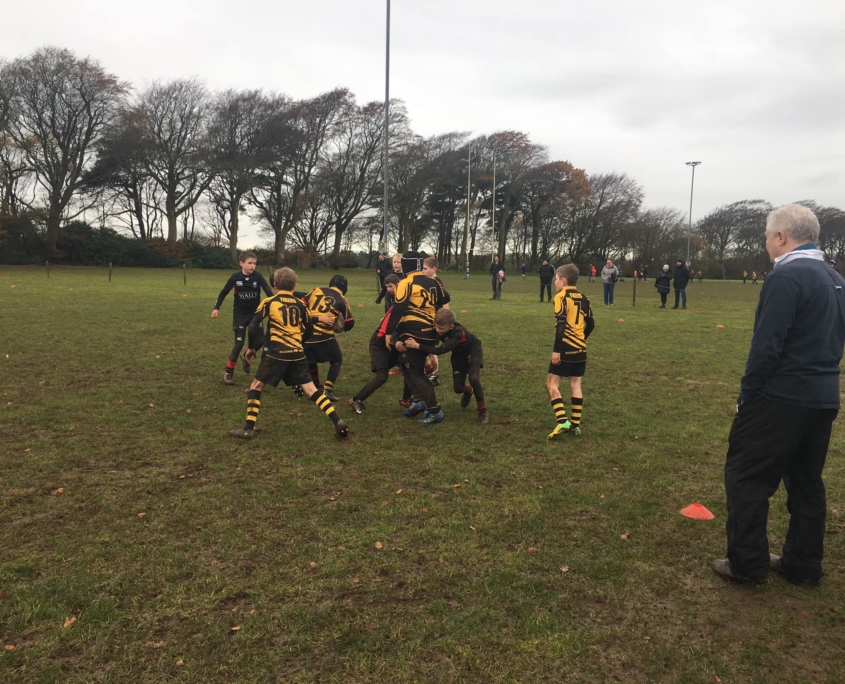 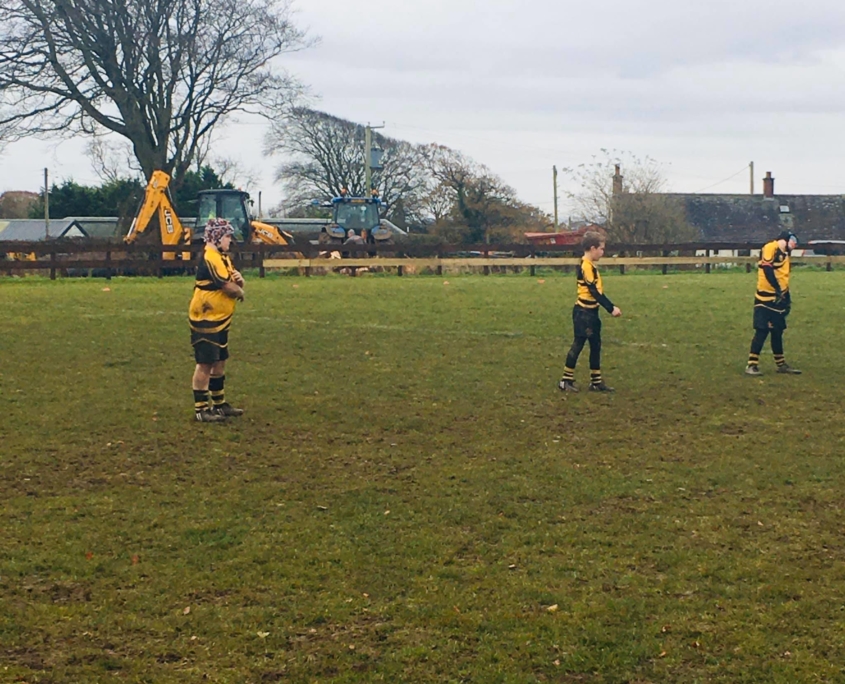 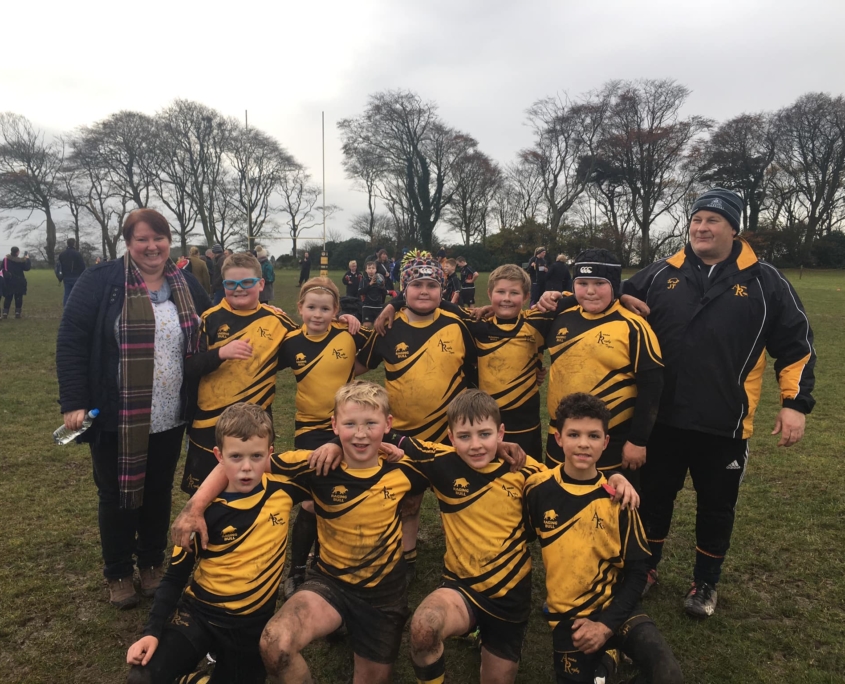 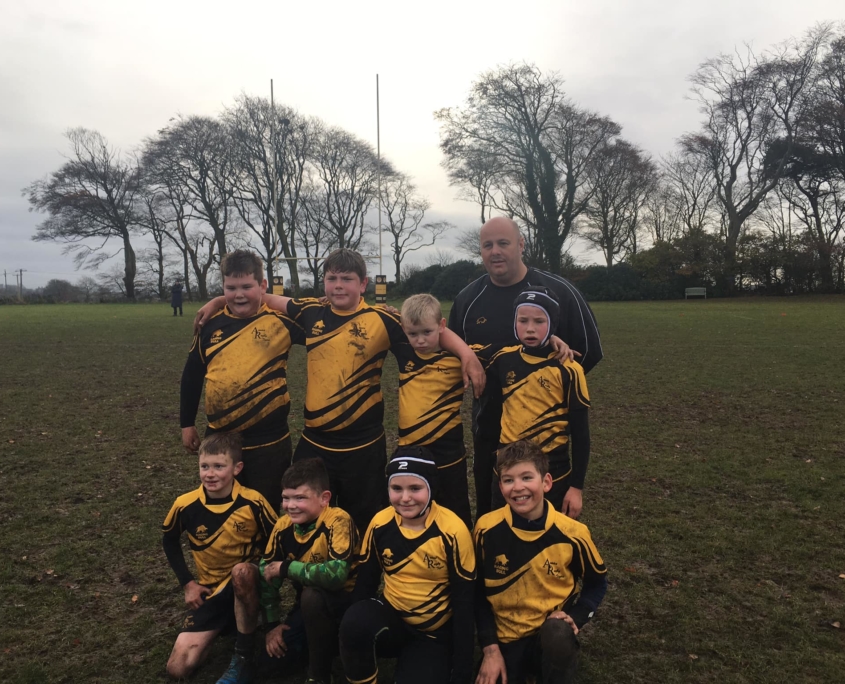 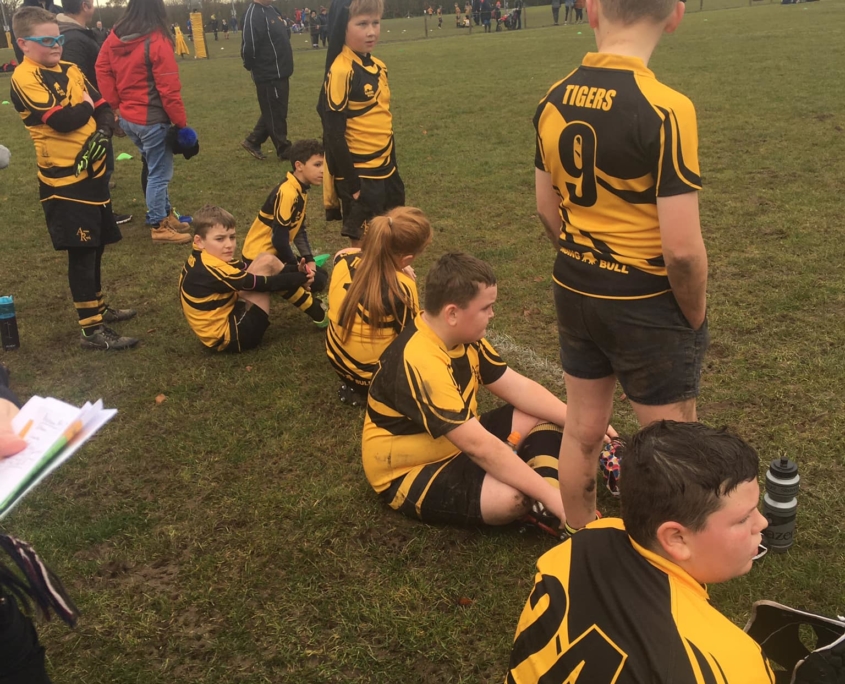 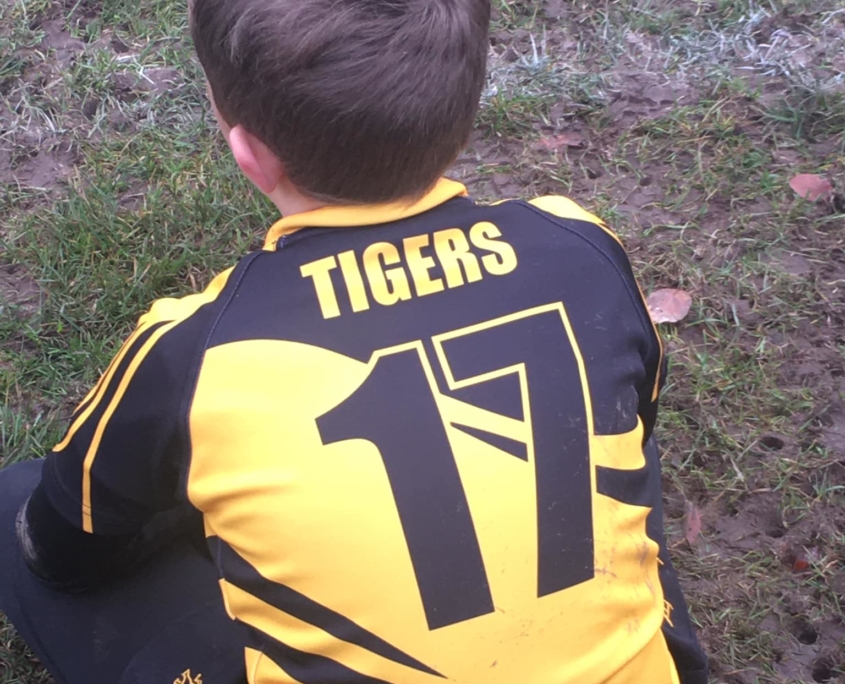 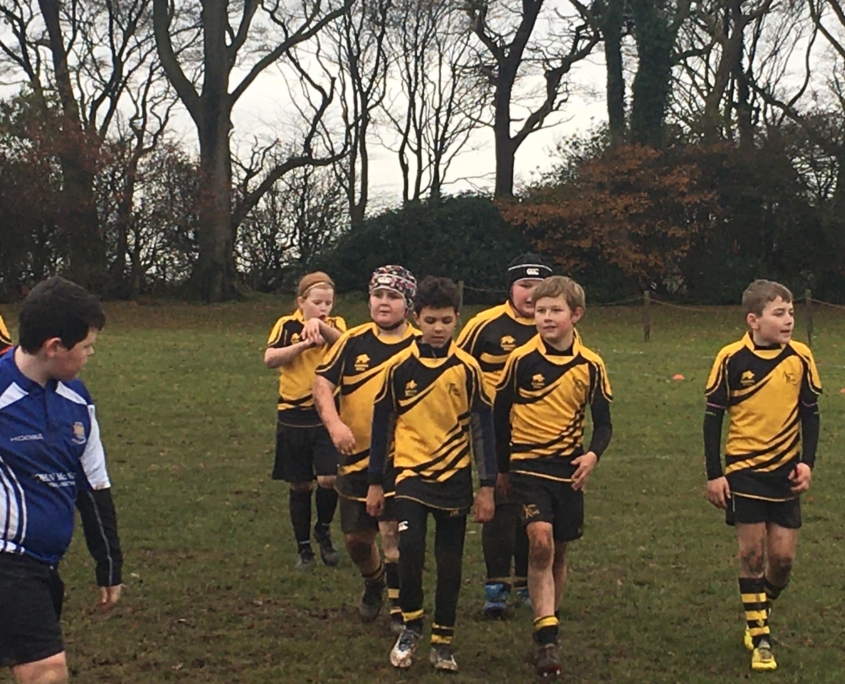 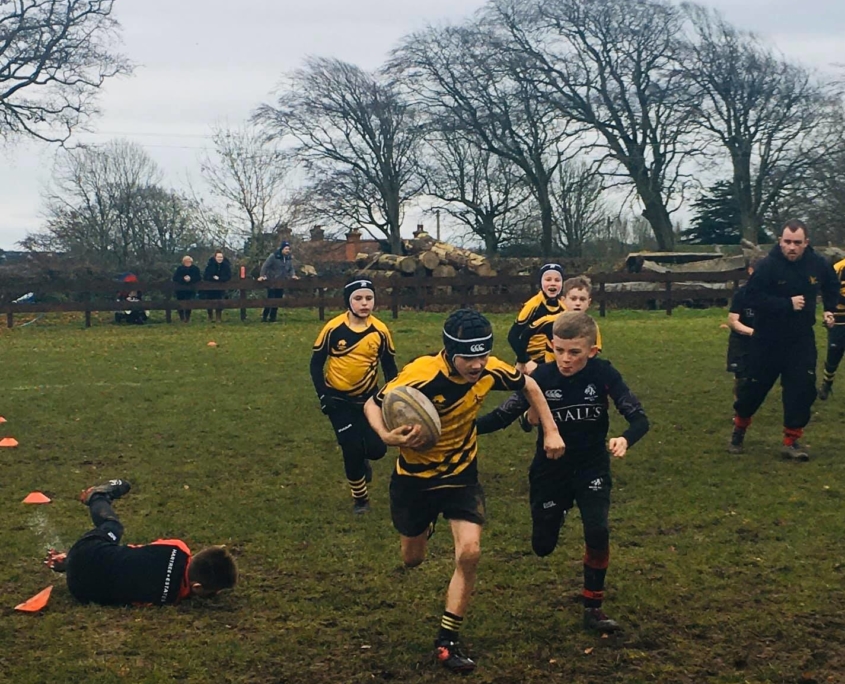 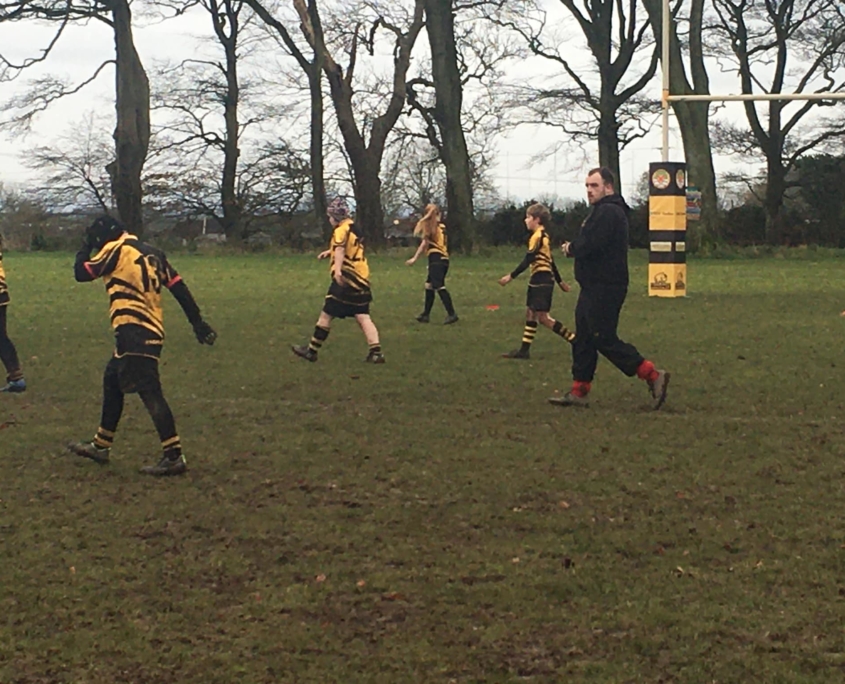