P4-P5 Tigers report to be added.

A sunny Stewartry was the venue for four roaring micros on Sunday where they competed in four 10 min games; two against Stewartry and two against Moffat.

First up was a strong Stewartry team who started the game positively and with menace, putting Annan Micros try line under great pressure by capitalising on some first game nerves, scoring 4 tries in quick concession. After a quick 30 second team talk the Micros pulled up their black and yellow socks and got back into the action, scoring 2 tries. Unfortunately time was against them and the game finished Stewartry 4-2 Annan.

The Micros second game was against Moffat and in a role reversal from the Stewartry game Annan started strong. The Micros scored 2 tries in quick concession and kept strong in defence with a great tiger defensive line, holding and pushing Moffat back on several occasions. However, as a result of all their great work, tiredness started to creep in and Moffat were able to find holes in our defence, scoring 3 late tries and coming out on top with the score finishing Moffat 3-2 Annan.

Annan’s micros 3rd and 4th games were repeat matches against Stewartry and Moffat.

Both of these games were great adverts for micros rugby, Annan putting in some great forward runs, defensive tackles and fast, accurate passing. The final 2 games finished Stewartry 3-2 Annan and Moffat 2-3 Annan.

A big well done to Greg, Holly, Travis and Emily. A great strong effort from you all. A big thank you also to Stewartry for their hospitality and allowing us to borrow two of their enthusiastic micros to pad out our team numbers.

Also a big thank you to all who travelled and supported the Annan Micros, they are like a box of chocolates: we never know what they are going to get or do, but we have got to love them!

Annan P6/7s travelled to Stewartry with 13 players to take part in a festival against Moffat and the hosts. Newton Stewart unfortunately pulled out on Saturday so the format of the day was changed. It was agreed to play each other once adopting P7 rules and another round of games using P6 rules.

Annan started there games with a 5 tries to 3 win over Stewatery with the scores coming from Aidan, Ethan and Ben R.

Moffat were up next and The Tigers carried on where they had left off with a 4 tries to 2 win with Aidan Aaron and Ben R scoring.

P6 rules were up next and we played Stewartry again winning 5 tries to 3 with Ben R, Ethan and Aaron scoring. Tired bodies and bumps and knocks meant we didn’t play Moffat the 2nd time.

A great run out with valuable game time for all the players. Some good handling, rucking and counter rucking. Communication is getting better and starting to knot as a team.

Home Festival next week for the mighty Tigers. Come along and watch them roar.

Well done all players, and thanks to all parents, family members etc for the support. 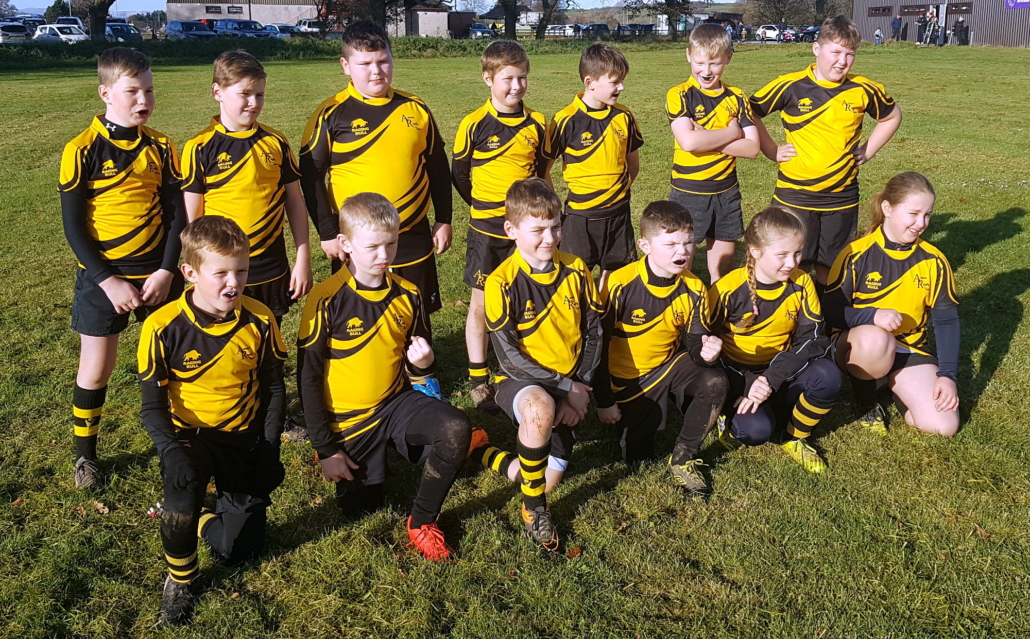 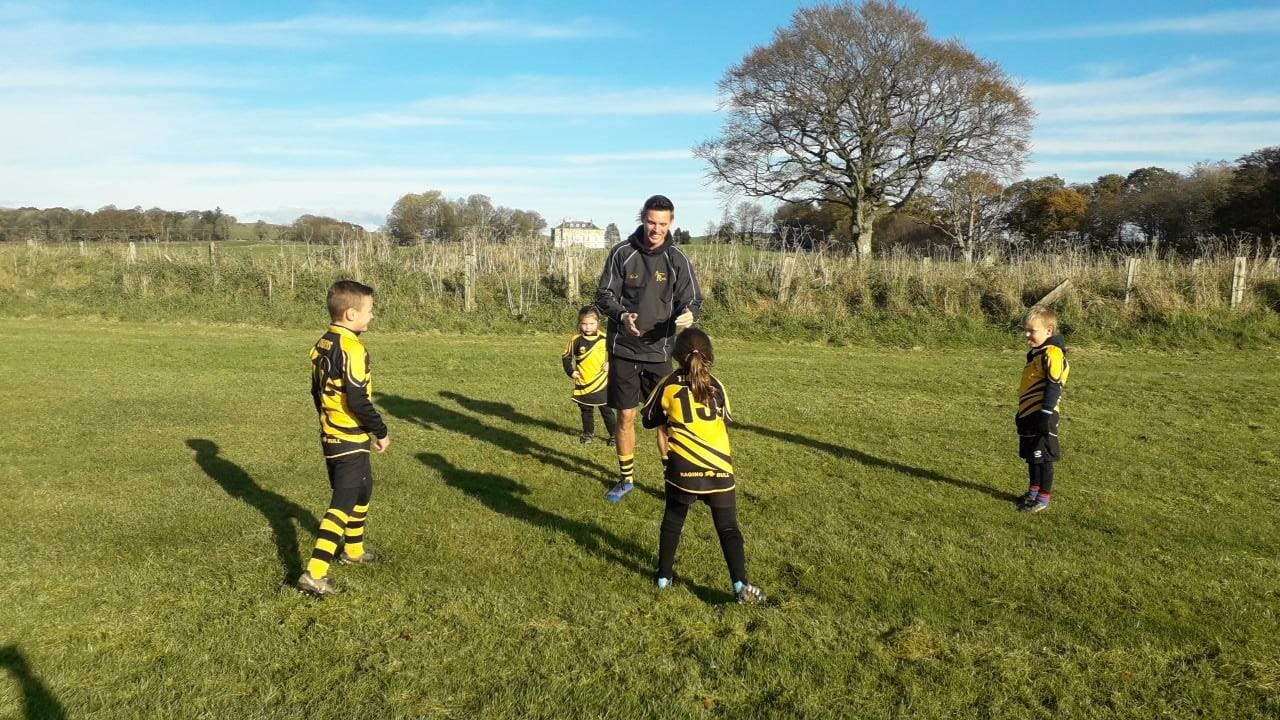 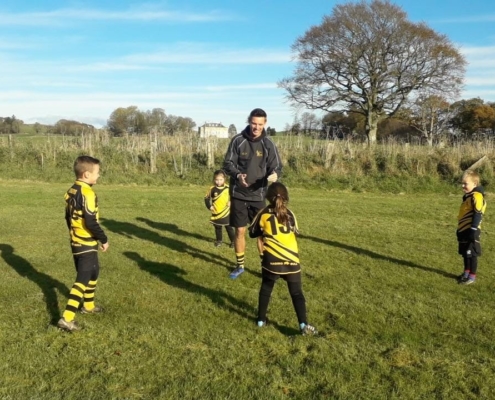 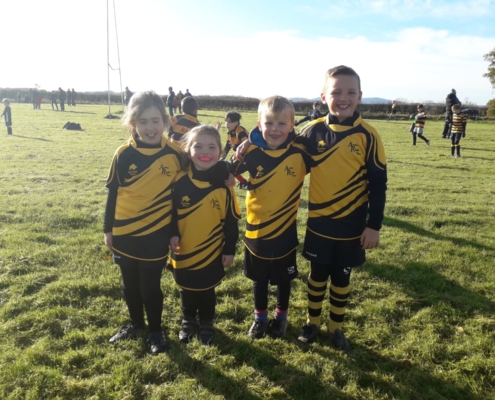 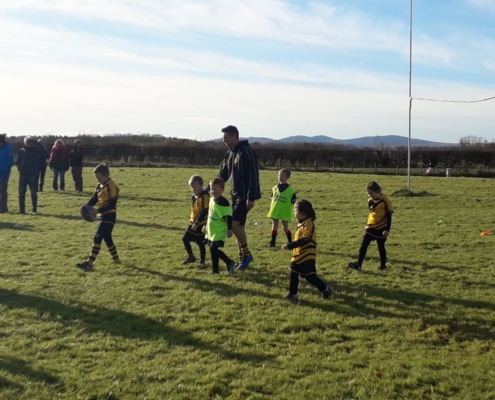 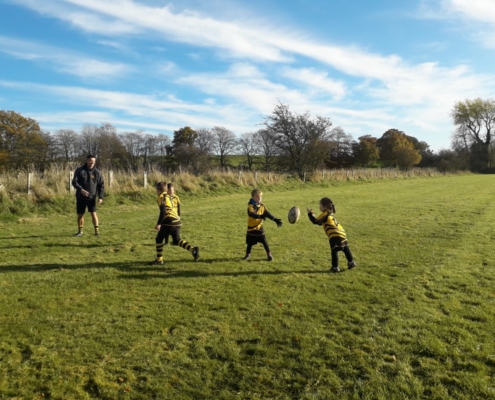 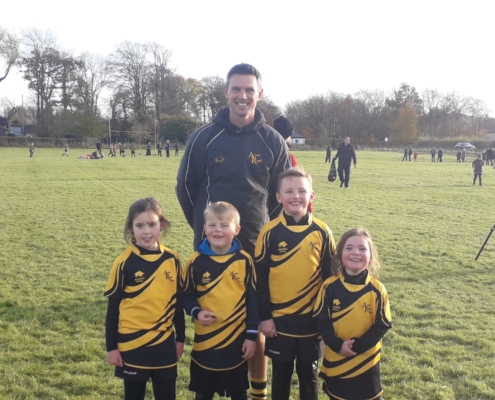 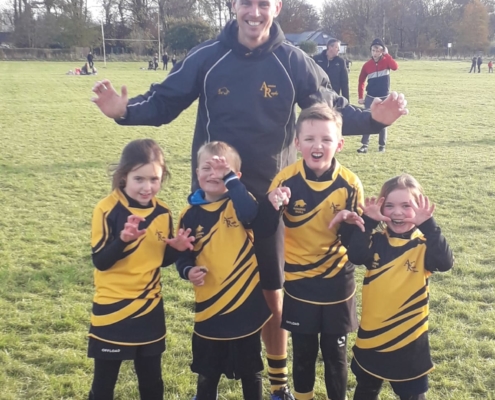 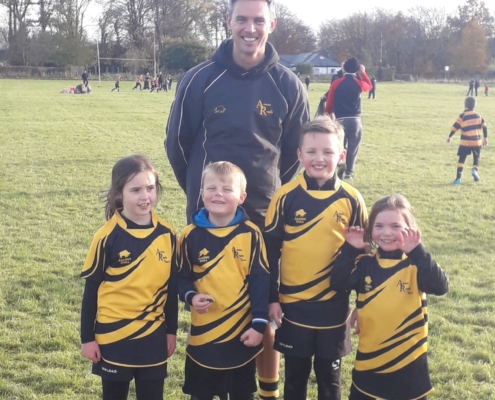 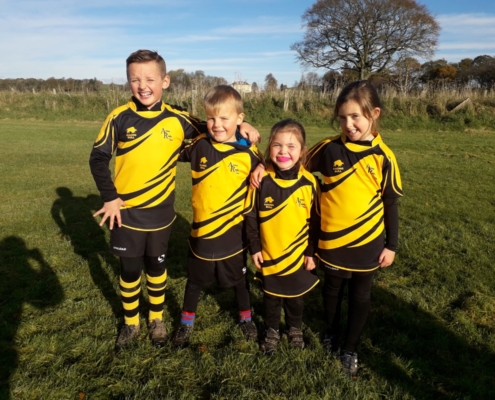 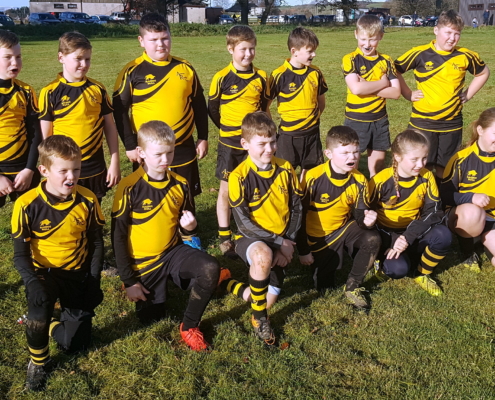 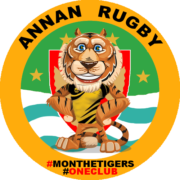