The heavy downpour at the start of the session did not dampen the spirits of the eight P1s who turned out to play on Sunday.

I was worried that with missing so many sessions this season due to the lockdowns and only having a few weeks to prepare, that they might feel overwhelmed and not be quite ready to play games… but they were fantastic and left me wondering what I was worrying about!

We split into two teams and Dumfries kindly loaned us a couple of players for each side so that we could play six-a-side games.

Everyone slotted right into game mode and there was some great go forward and tries being scored from all teams, the experience of the older Dumfries players really helped us to make ground.

Our defence was also good, with most of the players working hard to make ‘touches’ on their opposition.

We had fifteen P2 & 3’s attend Violetbank to take on the weather and a strong Dumfries side.

The mighty micros were split into two teams and played five games each. The micros did not disappoint the large (socially distant and compliant) crowd, showing dominant, possessive rugby, fast, accurate passing and some great forward (sometimes via backwards) running.

Their defending was also very impressive, not giving Dumfries and inch and pushing back some very strong Dumfries attacks.

A big well done to all who attended today, I was personally very proud of the effort, energy and enthusiasm of all – a great team effort!

Thank you to Kayleigh Warrick and Julie Dalgliesh who came along to help us.

Our five P1s put in super performance against an equally super Moffat team.

Moffat had great numbers and fielded two teams which they kept swapping onto the pitch at regular intervals.

Both teams ran well with the ball in hand and were up quick in defence. An evenly contested match saw some fantastic individual and team tries from both teams.

I was so proud of the enthusiasm and effort from our five Micros, it was very warm but they stuck in until the end! 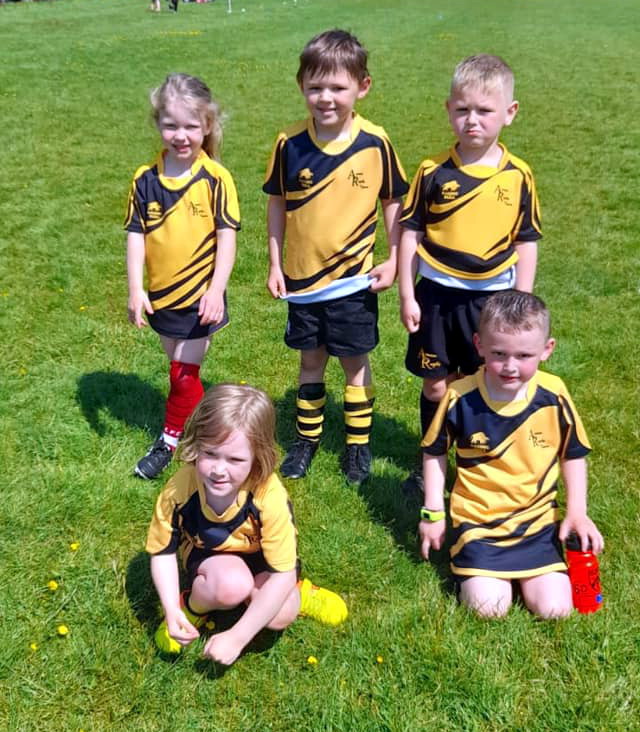 Twelve P2/3s travelled to a sunny (not a grey sky in sight) Moffat.

Once again Annan Micros played some great possessive, attacking rugby with everyone producing some great runs and accurate passing. Everyone worked together as a team, defending well and getting in some great try-saving ‘touches’.

A massive well done to all, a really great strong performance in really hot conditions!

AT HOME TO DUMFRIES

AT HOME TO DUMFRIES 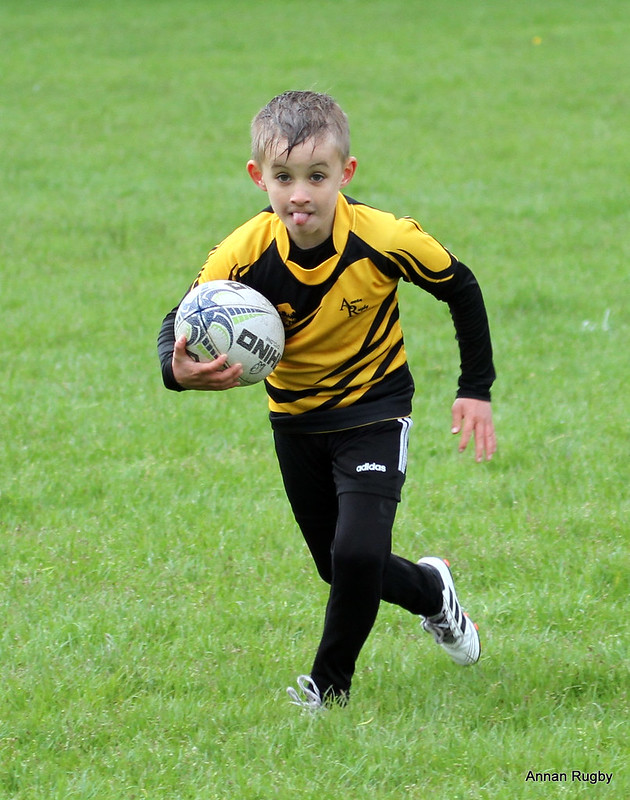