On Sunday 1st September, a new era began for Annan Hornets as they took an Under 14 team up to the West coast of Scotland to Largs for a tournament for the Glasgow South District.

The Under 14 arrived with 9 girls some still not awake from the early drive up the road.

Annan first game was against Dumfries so what better way to start a game of rugby than play your local opponent. This was a very close game and Dumfries winning 5 points to 4 (1 point a try) Annan points coming from Abby Notman Ellie Smith Ellie Byers and Heidi Jamieson

Next up was a combined team of Wigtownshire/Stewartry Annan winning this game 6 points to 3. Annan points coming from Hannah Colledge 3 Abby Notman Niamh Ross Ellie Smith

With Annan and Dumfries having most wins they played each other in the last game. Yet again a very close game and a draw was a fair result in this game. 6 points all. Annan points coming from Eva Jackson 2 Hannah Colledge Ellie Byers Ellie Smith Niamh Ross

There was some really good rugby being played and the girls are growing in confidence with each game they play.

There a number of players that stood out for Annan our Scottish Aussie Murran had her best game for us and her confidence is growing, as well as Ellie Byers. Ellie smith who not played since P7 made some great runs and reap the award by some tries.Annan player was Niamh Ross.

Many thanks to the parents who drove up and brought the other girls as well it much appreciated. 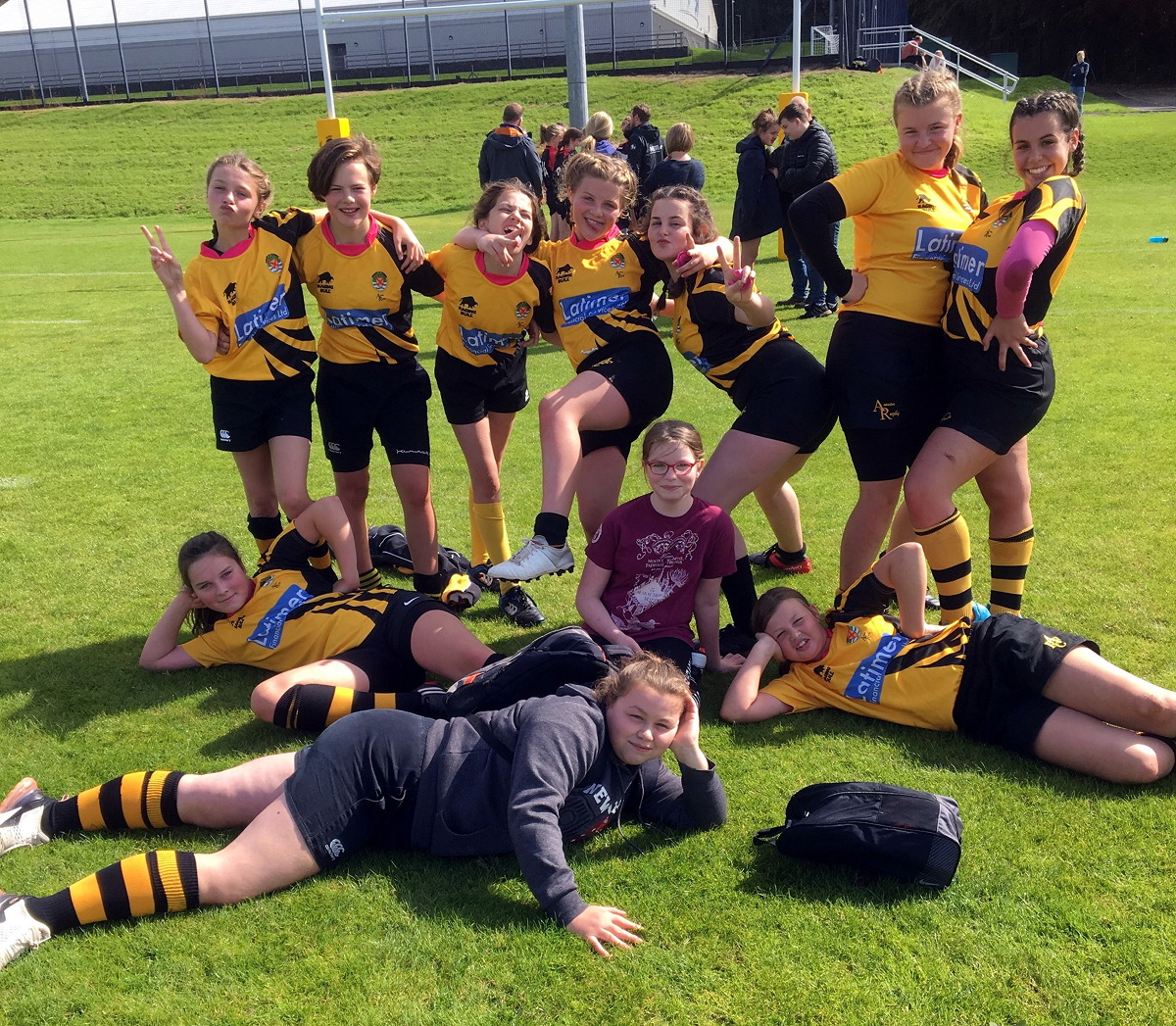 Annan U16 Hornets took to the road up to Largs for a South Glasgow rugby Tournament.

Annan arrived with 8 girls, this was a new era for Annan Rugby club as this was our first time fielding an U16 Girls team.

There was teams from Ardrossan, Dumfries, Stewartry, Wigtownshire and Ayr had 2 teams.

It was decided to play 7 a side for 15 mins. Annan first opponents was Wigtownshire. Annan winning this game 25-15. Tries from Lucy Stevenson, Sarah Hunter Zoe Mitchell (3)

Next up was one of the Ayr teams Annan winning this game 35-10 Tries from Erin Ewing, Zoe Mitchell, Sarah Hunter, Lucy Stevenson (4)

For some reason Annan was not playing the other opponents So the Hornets ended up playing Wigtownshire again.

This was a much closer game than the first game and Annan winning this game at the very last minute of play. Final score Annan 25 Wigtownshire 20. Tries from Zoe Mitchell (3) Holly Clark (2)

Ardrossan asked the Hornets if they wanted a 5 minute game which the girls were keen to play. Annan winning this 15-10 Annan tries from From Zoe Mitchell, Lucy Stevenson, Sarah Hunter

There was some really good rugby played at this tournament and it was good to see what the girls have been learning at training and putting it into their game.

See you at Dumfries On 6th October 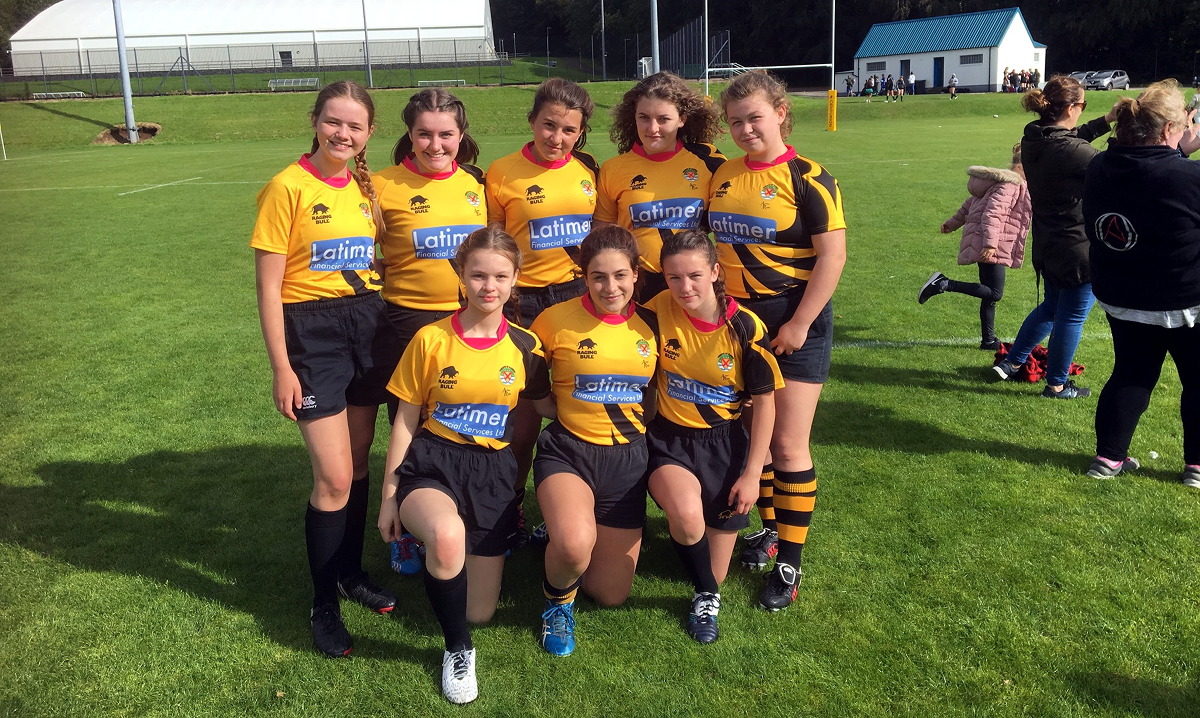 On the 1st of September the u18 girls travelled to Inverclyde to play in a rugby festival. They played 4 games; two against Ayr and two against Stewetary.

Due to only 3 girls being available to play we joined with Wigtownshire. In total the girls won 2 matches and lost 2.

Lexie Glendinning showed great levels of skills and determination throughout all the games.

Rhianna was very powerful and used this to create several break throughs resulting in many tries being scored.

Ellie made some good runs and strong tackles throughout the matches. Player of the day was Lexie Glendinning.

The next festival will be on the 6th of October at Dumfries. 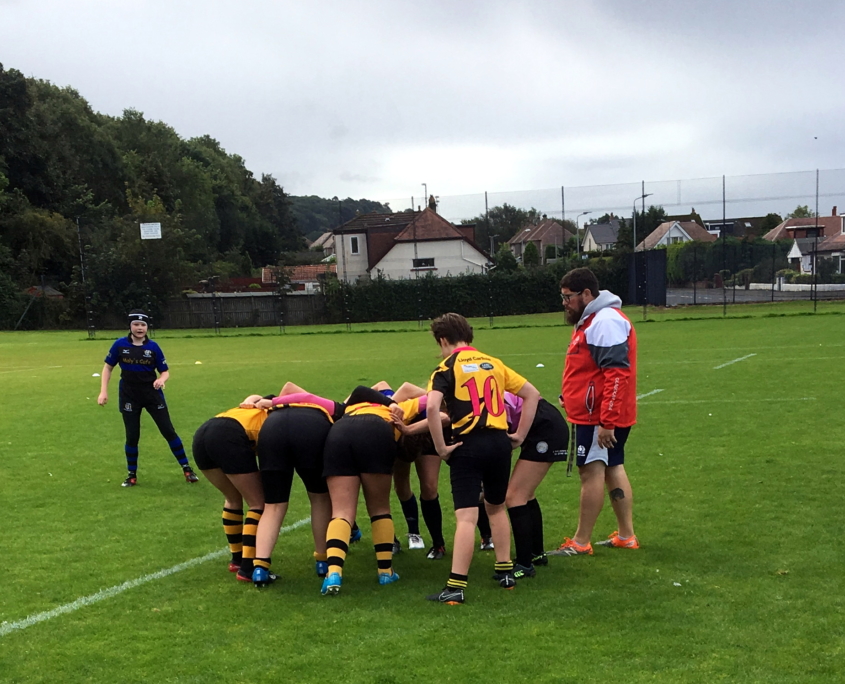 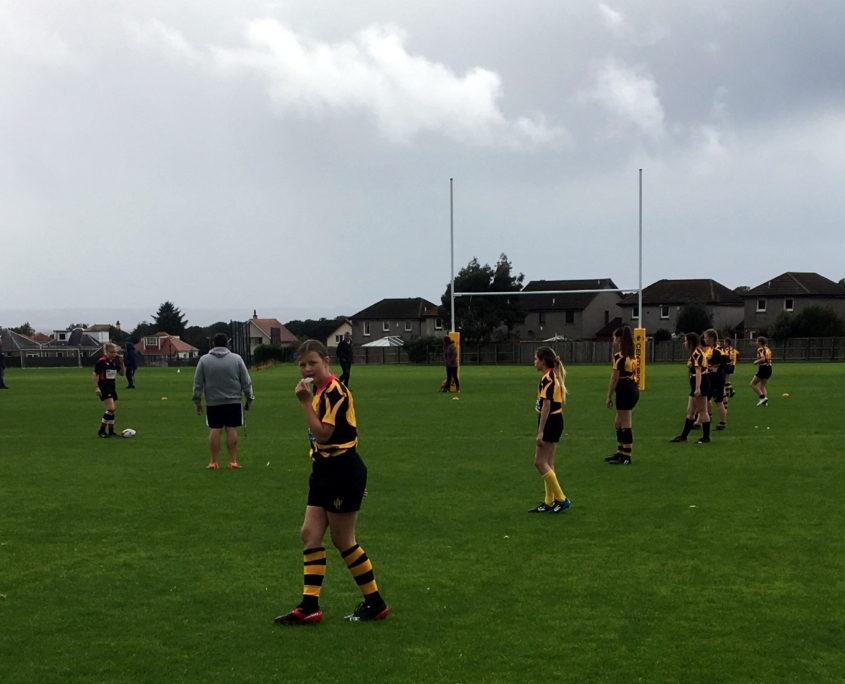 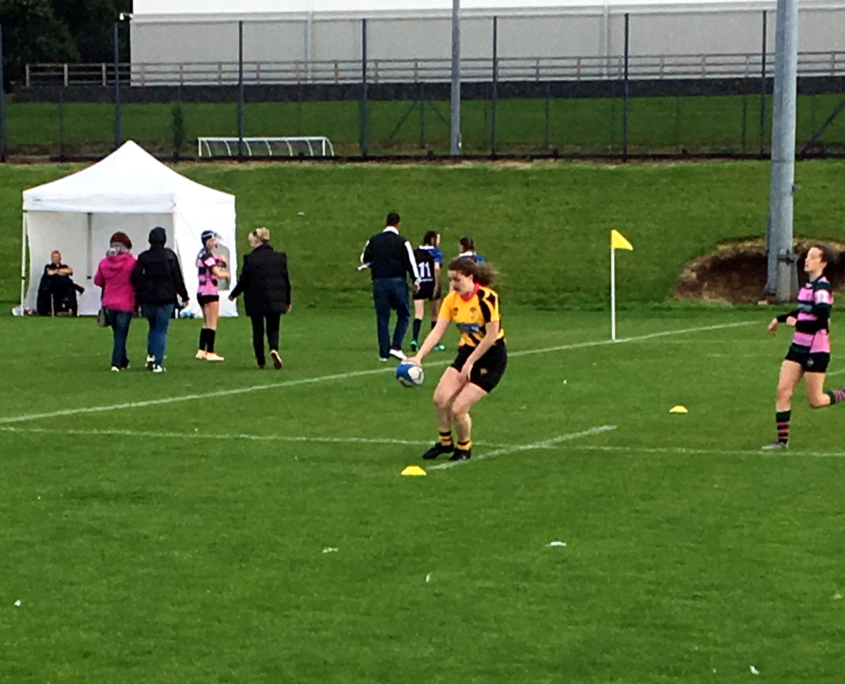 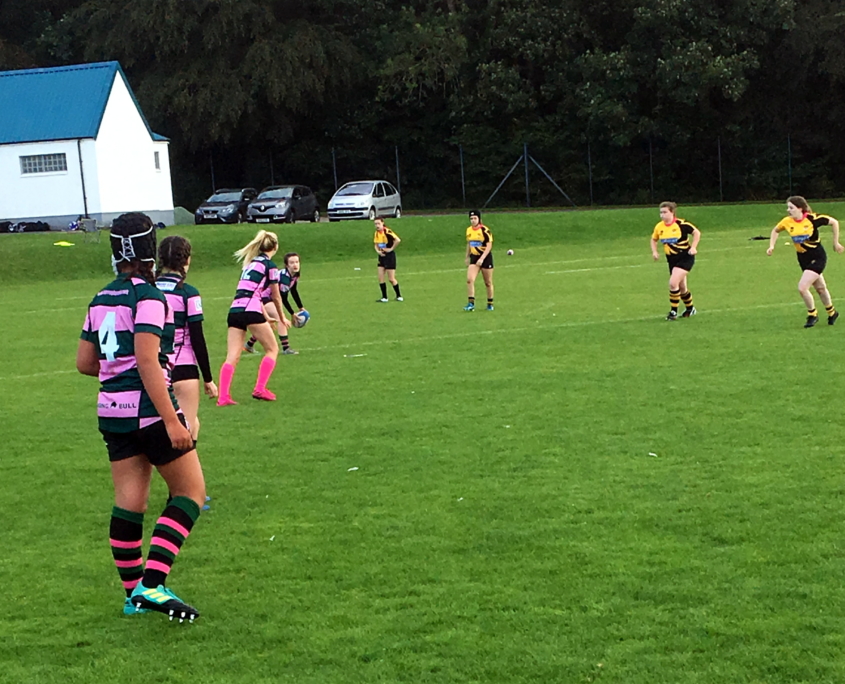 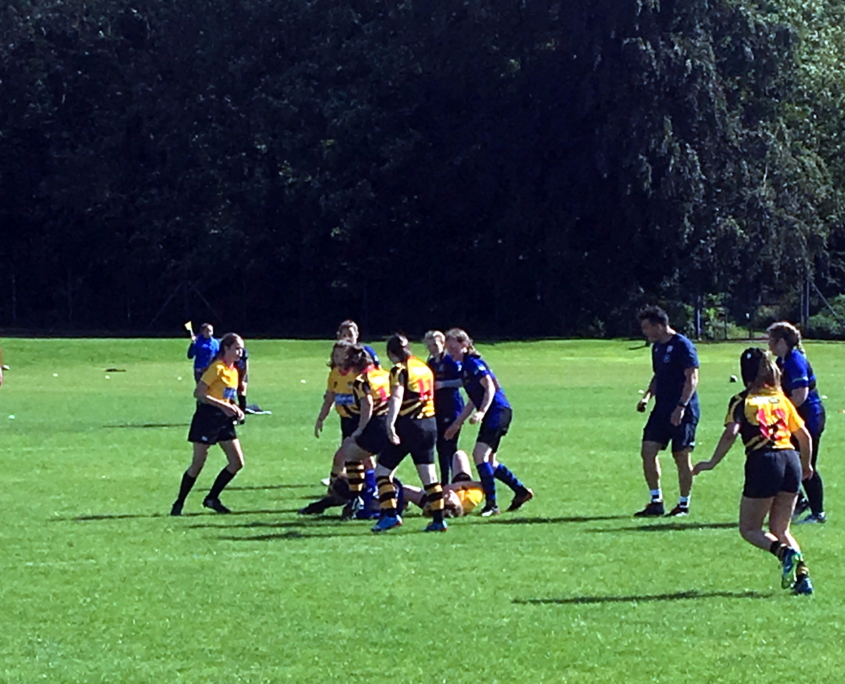 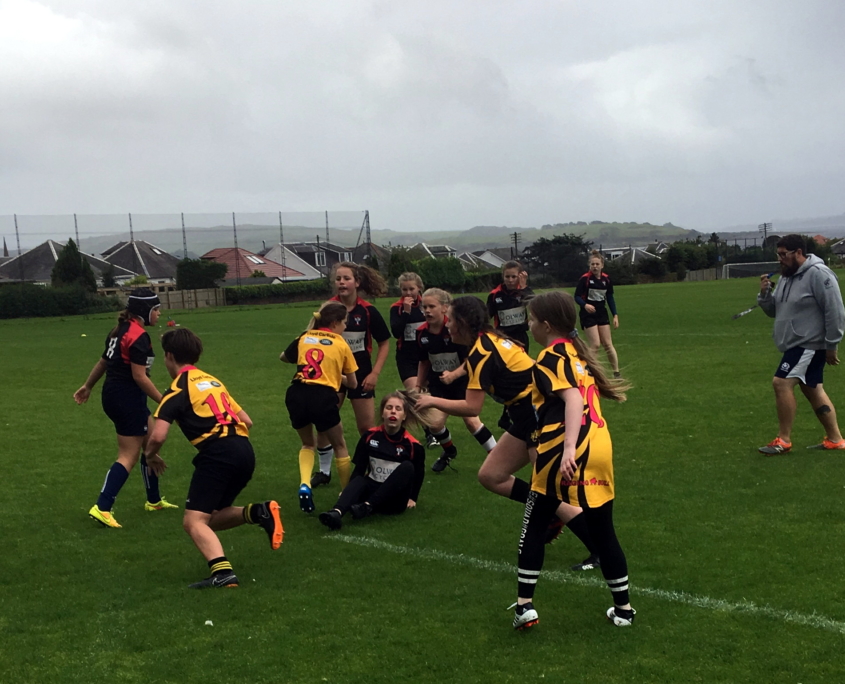 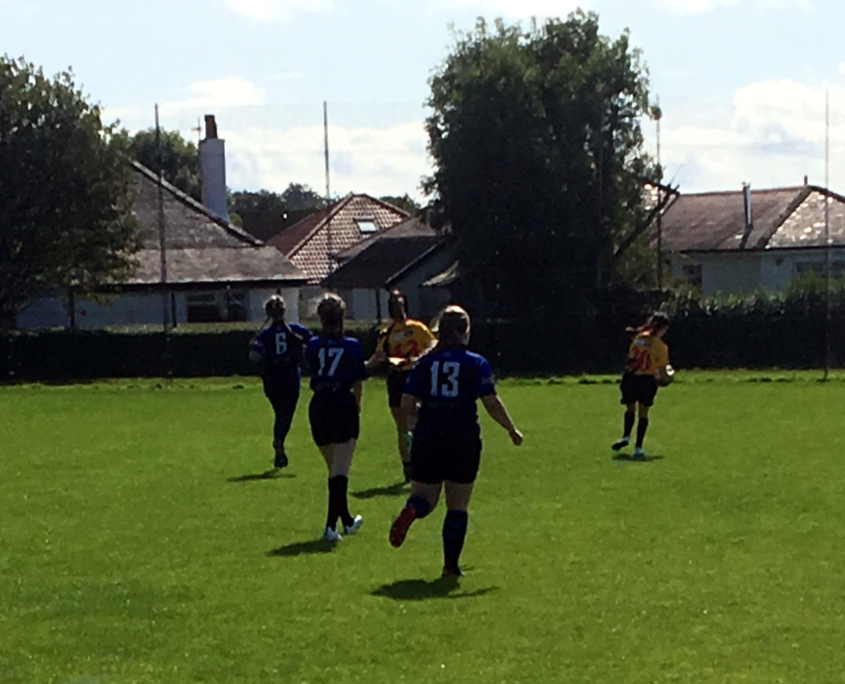 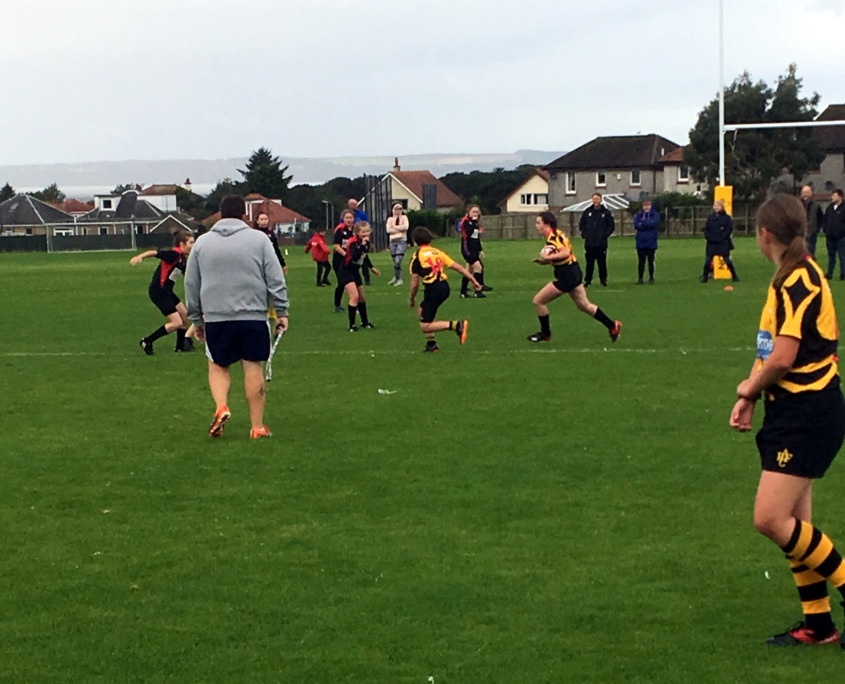 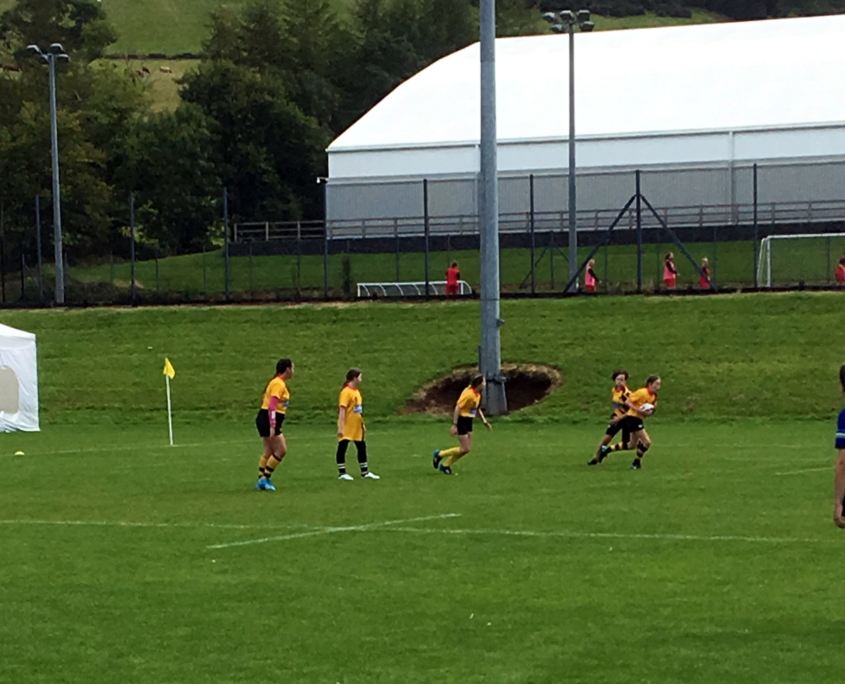 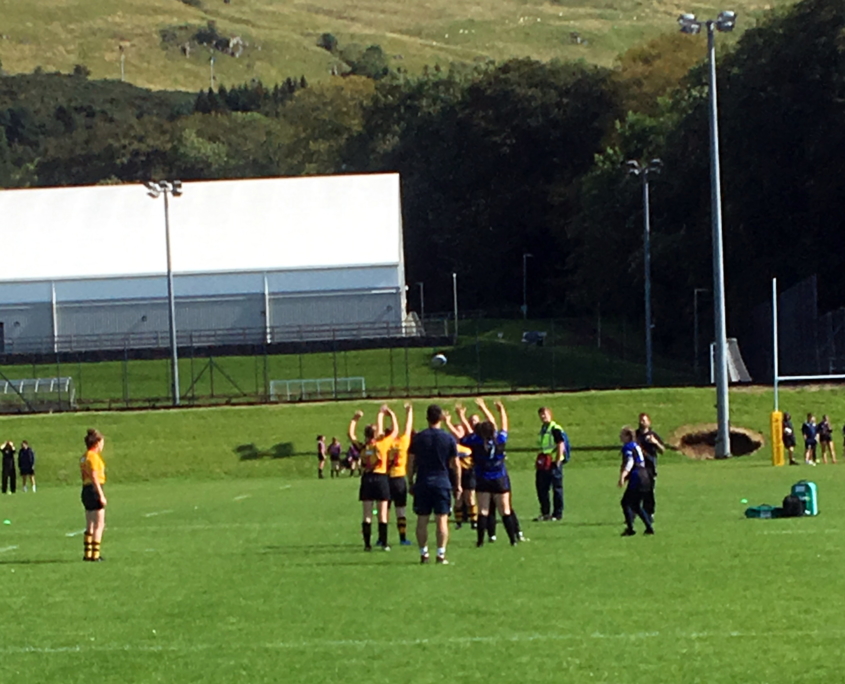 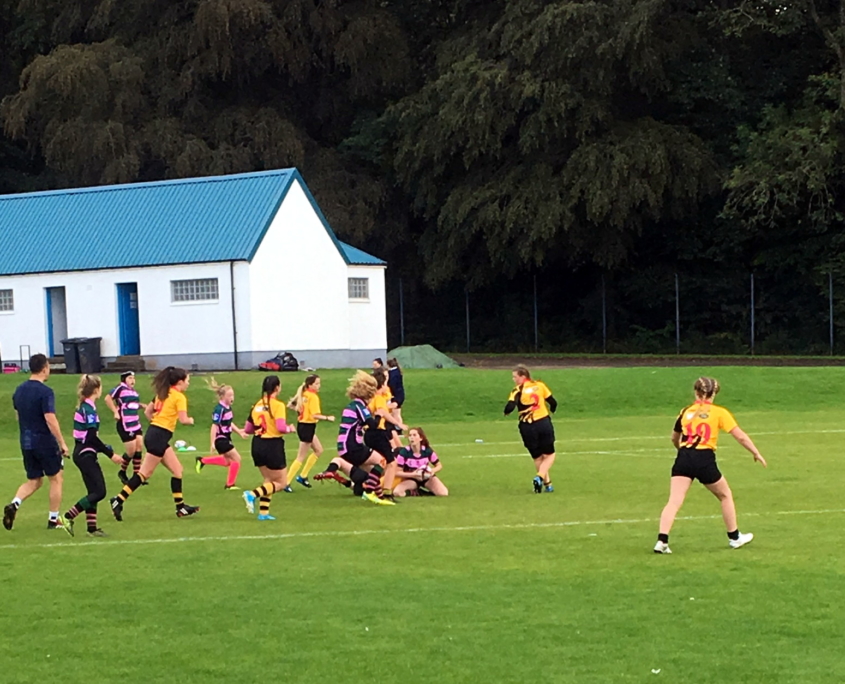 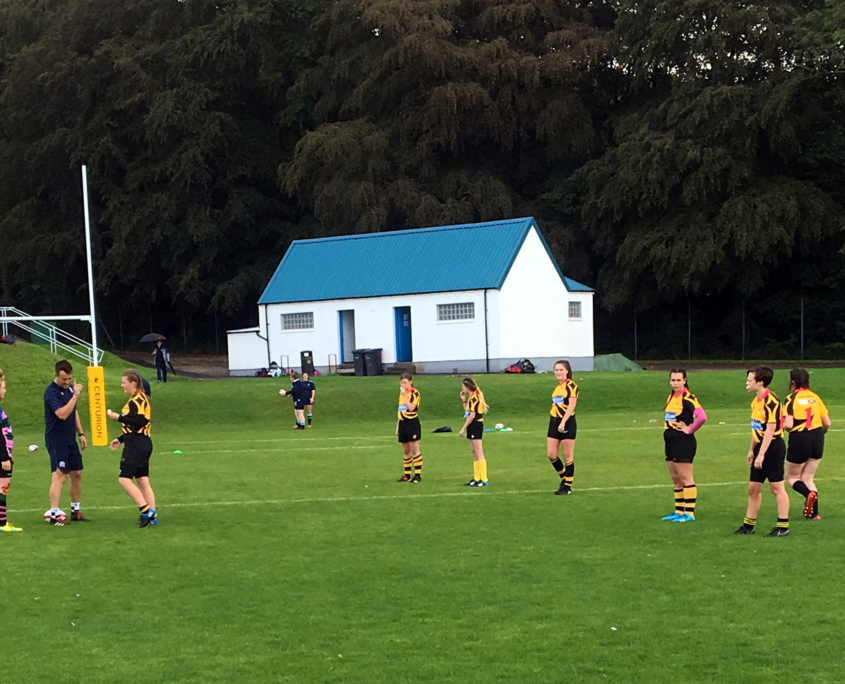 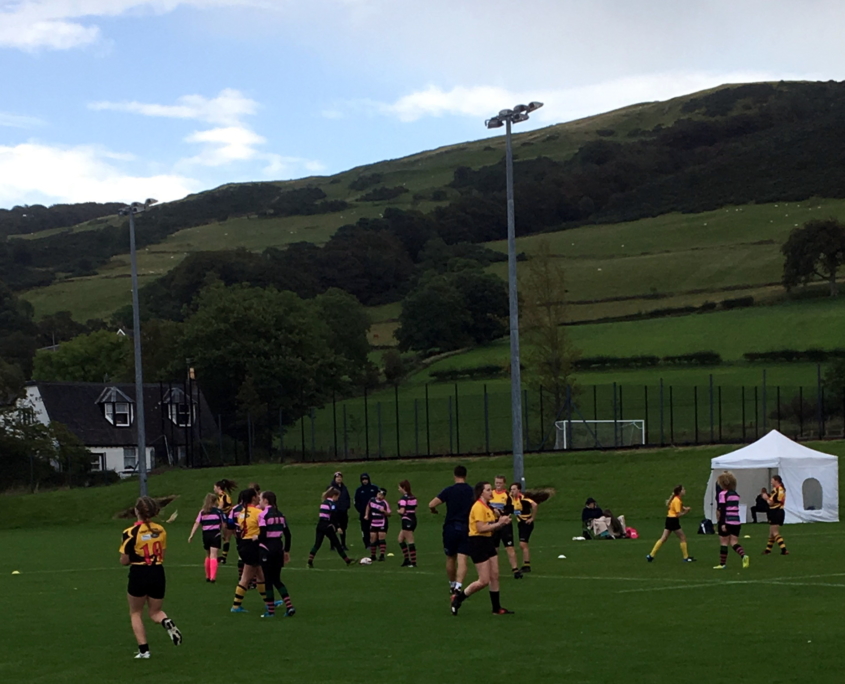 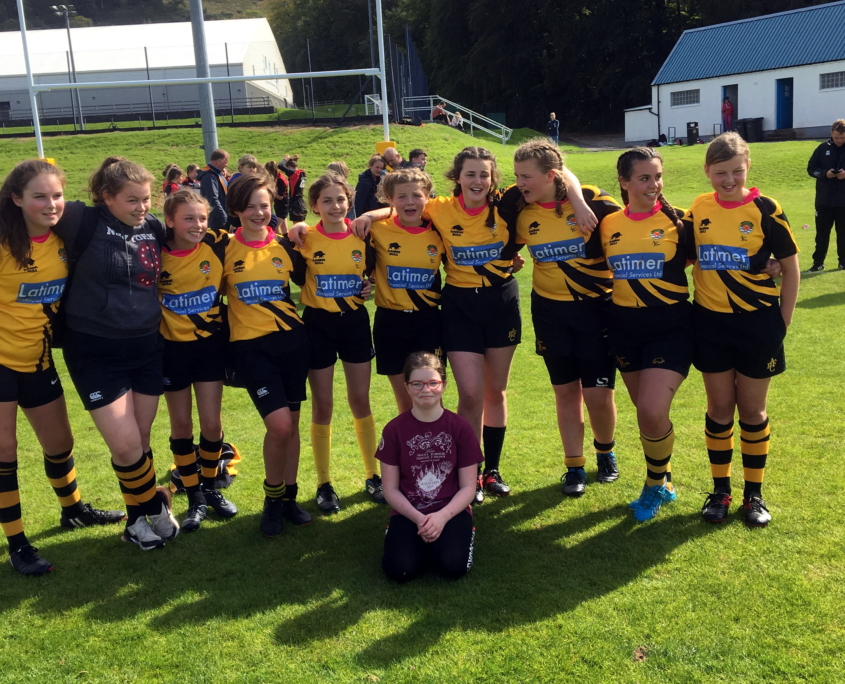 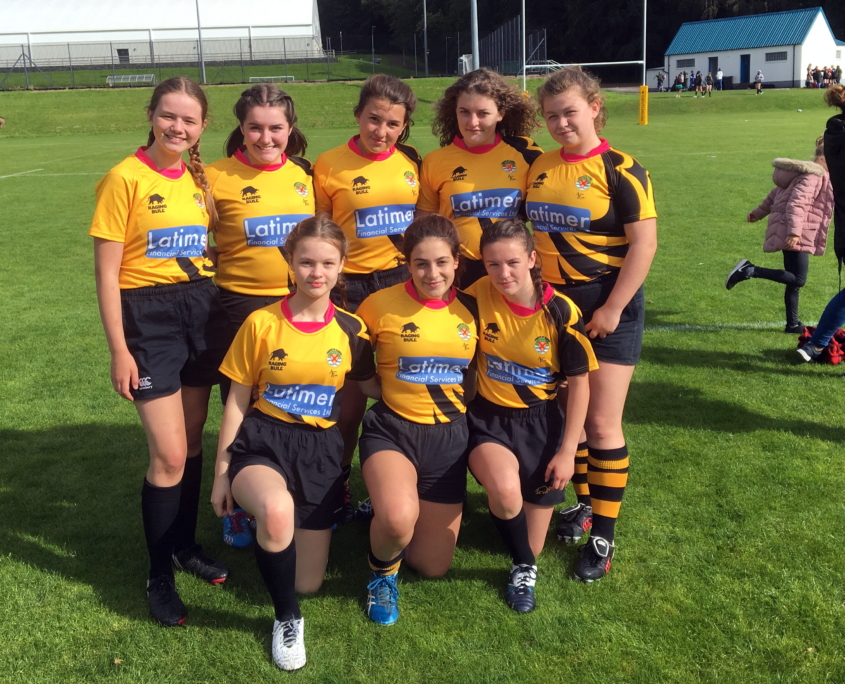 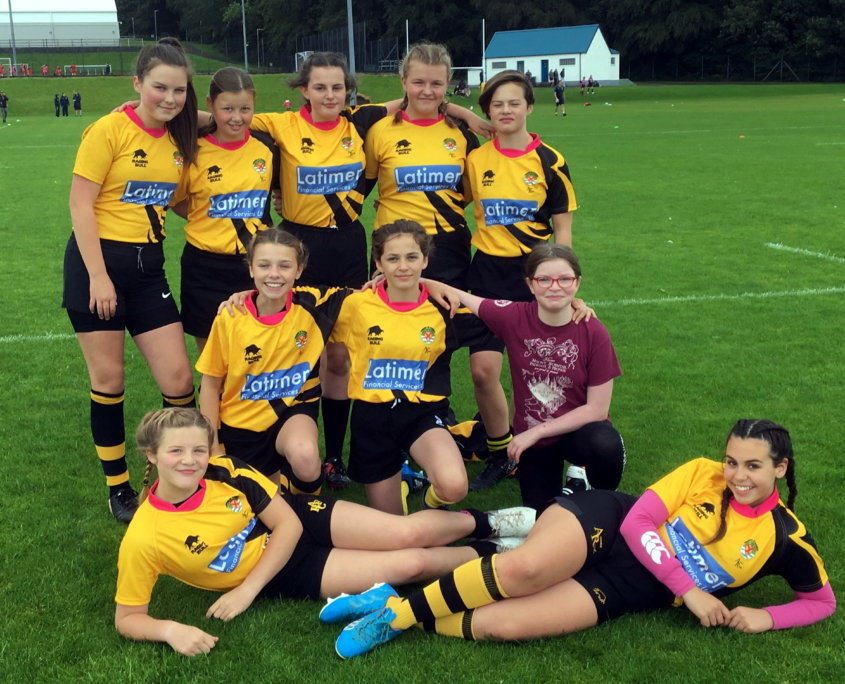 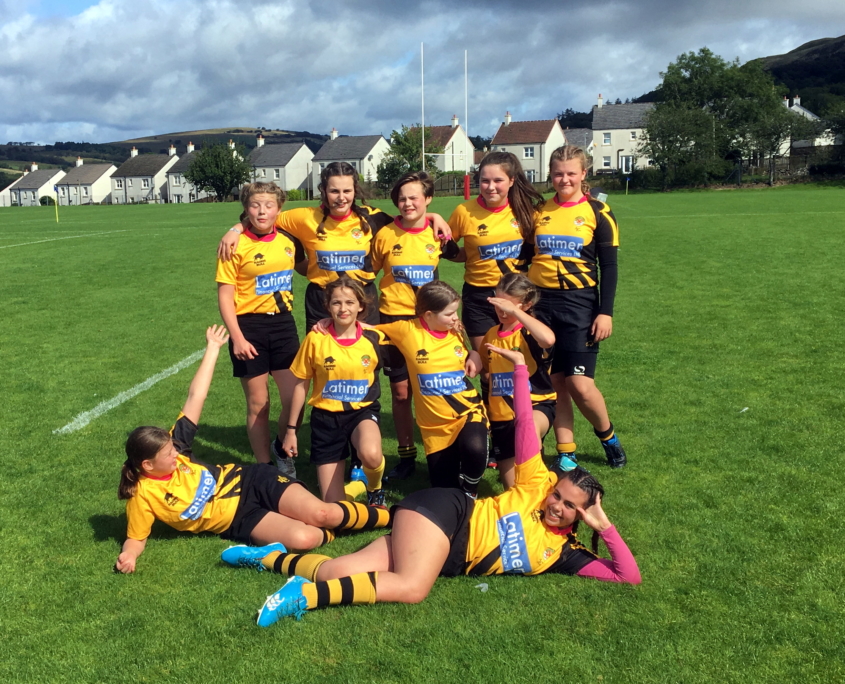