On Saturday 22nd January, 2022,  Annan 2nd XV entertained league leaders Strathaven at Violetbank, for their first match of the year.

After a positive weeks training the 2nd boys were buoyant that they could give a good account of themselves against their high flying opponents.

Prior to the match kicking off both teams respected a minutes silence in memory of former Annan player Ian Fenwick who sadly passed away last week.

From the outset the home side took the game to their opponents with some gusto, with neither side giving or receiving any quarter.

With the game finely balanced and both defences on top, it was going to take a bit of magic to break the deadlock and Annan scrum half Aaron Carmichael, duly stepped up, when after a series of rucks by the home side, he spotted a small gap in the Strathaven defence, close to the ruck and quickly picked up and broke through the gap.  In space he was then able to use his pace to outstrip and sidestep the remaining defenders to run in from 40 metres to score between the posts.  Converting his own try to give the home side a 7-0 lead.

The second half was a replica of the first with both sides probing each other’s defensive lines and success went to the visitors when after a series of rucks close to the Annan line, their tight head prop forward, barged through to score a converted try and level the scores.

Annan went close to taking the lead again a few minutes later when a Josh Whiteside penalty just dipped under the bar.

In the final minutes Strathaven battered the Annan line, however the boys held out and had the chance to score the winning try, when a clearance kick from the Annan line was gathered by full back Duncan Smith, whose pass put winger Elliot Haley in the clear, the latter taking off to run the length of the pitch, with no Strathaven defenders near him.  Alas the pass was adjudged by the referee to have been forward, the final whistle being blown a couple of moments  later.

What a good performance from the 2nd boys, they were as good as the league leaders on the day and with the rub of the green should have had a deserved victory.

That said there is still plenty for them to work on particularly around the contact area where they gave away too many penalties for infringements.

This week the boys are off to Cumnock 2nd and it is hoped they can continue showing this spirit and application.

Man of the match on the day was Craig Bell, with the big 2nd row becoming the bedrock of this 2nd team. 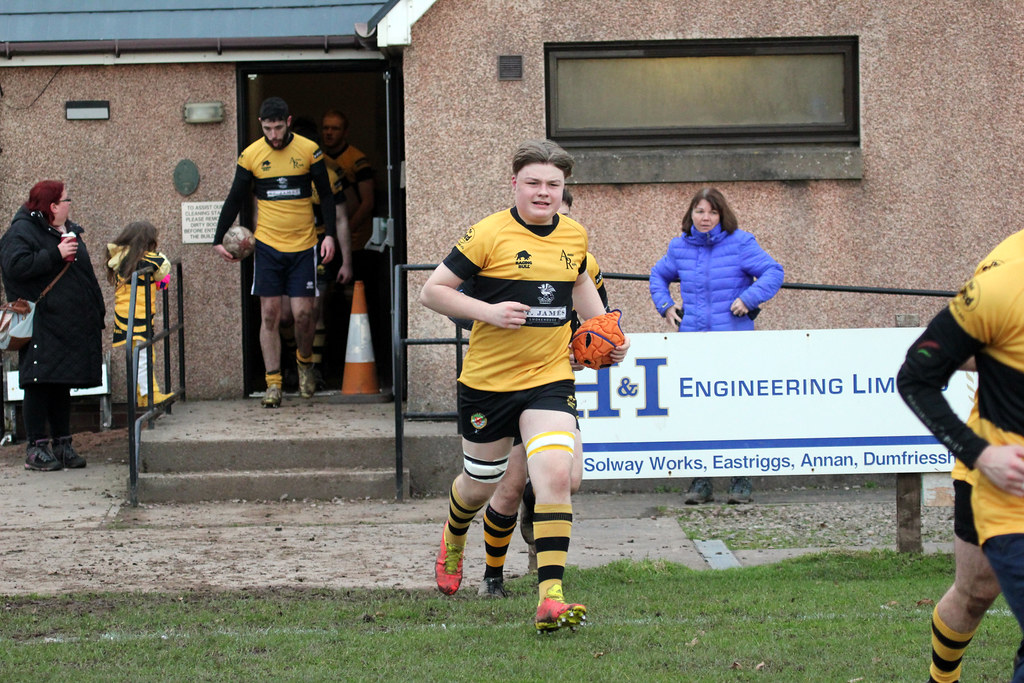 The 2 tries from the match