The home side being on the wrong side of an 83-0 hiding by the visitors in their first league game away to Marr at the start of the season. With Annan since recovering to 4th in the League it was still going to be an uphill struggle against a club with the strength in depth of Marr, who were as yet unbeaten at this level.

Since the original team being selected the 2nds had lost 6 players to their 1st team counterparts, due to call offs and unavailability affecting the senior team. That said the 2’s were able to put out a full squad of 22, with additional helpers in tow to assist the team on the day, which is a credit to the spirit and strength in depth within the senior men’s squads currently.

The hosts and the visitors being two of a limited number of clubs who have fielded teams both home and away for all fixtures thus far this season, which have not been affected by either COVID or weather.

The game was nearly put in doubt, when 2 around hours before kick off, the ref was withdrawn by the society due to being called into work as a result of the weather. With no replacement available from them and the visitors due to arrive a short time later. Thankfully Vice President and Warriors Head Coach, Colin Warrick was able to step into that void and allow the game to proceed.

And so to the game, from the kick off the home side took the game to the visitors pressurising inside their 22 through some driving play with Nic Graham and Jack Graham prominent in some early drives. After a few minutes Marr were able to gain possession and relieve pressure into the Annan half through a well executed clearance kick.

A few minutes later after Annan conceding a penalty, Marr took a quick tap and after a couple of successive drives towards the Annan line passed the ball to there standoff who put an exquisite grubber kick through the narrow Annan defensive line for the winger to tap it down in the corner for what they thought was the opening try of the game.

Alas they were pulled back for an infringement but went into the lead almost immediately from the restart a few minutes later when a high looping miss pass reached their right wing who stepped inside and score wide right. This was duly converted.

After some toing a froing between both teams in the central area of the pitch, Marr further increased there lead when some quick interplay up the right wing by the backs resulted in another score behind the posts which was duly converted.

The visitors got their third a few minutes later when for a change the ball was quickly recycled out to their left winger to score an unconverted try in the corner.

Annan then managed to get some possession within the Marr 22 and after taking a quick tap penalty following an infringement by the visitors they managed to keep possession for a few phases and put Max Thorburn in for a score in the corner, this was unconverted.

Annan, revitalised by the try then enjoyed sustained period of possession and pressure in the Marr half and following a further infringement by the defence, scrum half George Forrest, noticed Marr weren’t properly reorganised, took a quick tap and drove through their line to score from 10 metres out. This was unconverted. 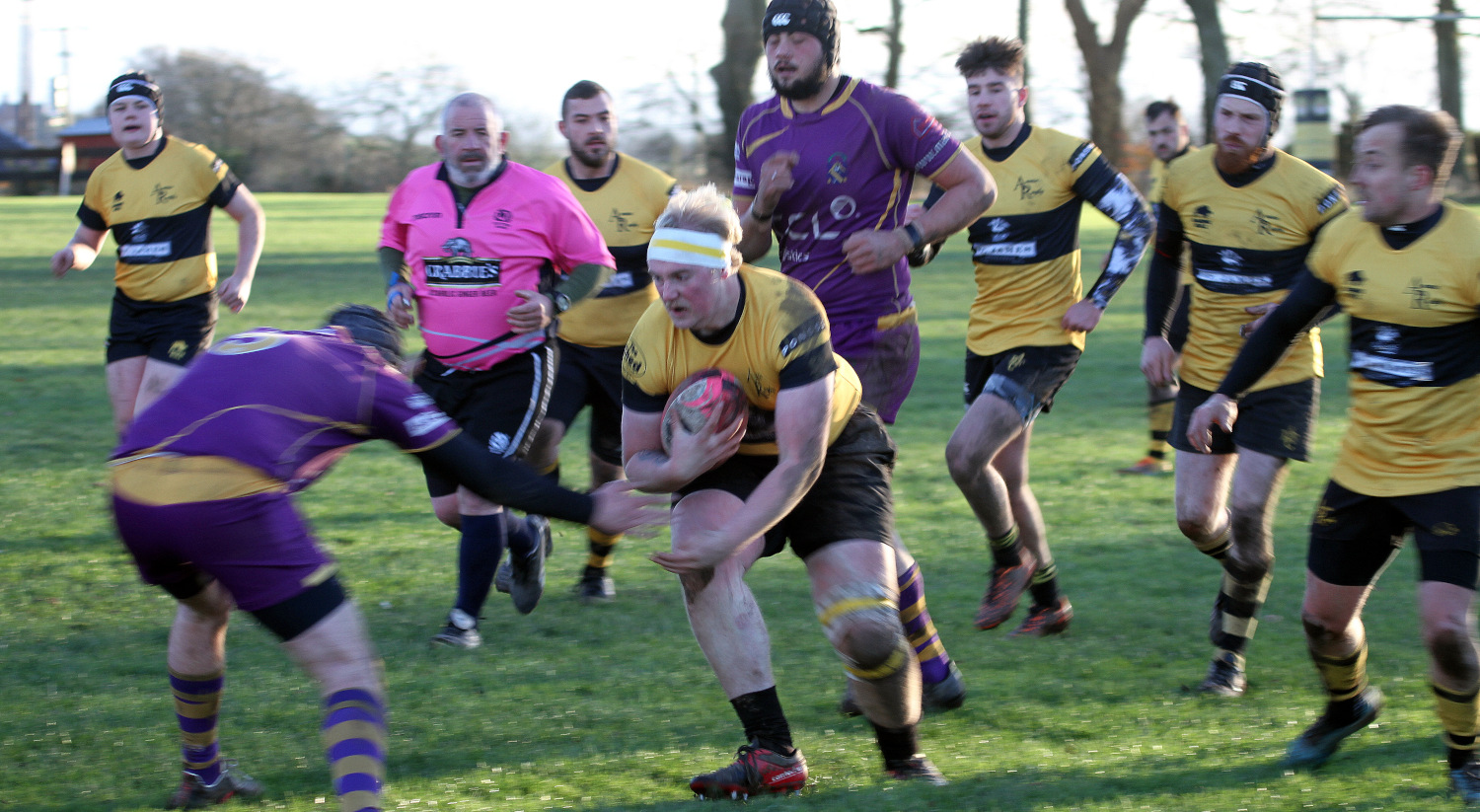 At the start of the 2nd half Marr 3rd took the game to Annan and after a sustained period of pressure interspersed by penalties conceded by the home defence the scored an unconverted try wide right to get their bonus point for their days efforts. This was unconverted.

A few minutes later the visitors added there fifth and any chance of an Annan comeback when they made some good ground up the left touchline, driving towards the Annan line in a couple of phases which were quickly recycled for an easy score to the right of the posts with the Annan defence being in disarray. This was converted.

Marr compounded the agony a few minutes later with some good individual running and team driving play, sucked in the Annan defence and allow the tail man to peel off and run in for a well worked team score.

Annan then enjoyed some brief possession and territory attacking the visitors line however they were turned over, with Marr running the length of the pitch retaining passion throughout to cross over for what they thought was another score, however due to an infringement a scrum was instead awarded to Annan in front of their posts.

Annan managed to clear there lines as a result and slowly worked there way up towards the Marr line where after a number of 5 metre scrums a ruck developed next to the right hand post, where JJ Mckay drove over from about a metre for a classic front row try. Incredibly the conversion from in front of the posts was missed.

Marr had the final say though when after a scrum in front of the posts they did a quick ruck and put the ball through the hands to score in the right corner.

With the visitors deservedly maintaining their hold on the top of the table, the home side can have no complaints as they were beaten by a fitter more cohesive unit, who had more nous in various key positions across the team to impact on the play. That said on the plus side for the final 15-20 minutes of the first half Annan were more than equal to their hosts, but were obviously unable to sustain it.

On the negative side the penalty count was also far too high, primarily from infringements at and around the tackle/ breakdown area ( I’ve run out of fingers and toes to count), kicking particularly from set piece and hand was poor at times, but overall fitness played a big part on the day against a well drilled outfit like Marr. These things can all be addressed both at training and by individuals themselves.

Next week the 2nds have a rest week from league duty prior to hopefully welcoming local rivals Stewartry/Newton Stewart 2nd for the final game of this year to Violetbank on 11th December 2021.

Best for Annan on the day were scrum half George Forrest in the backs and Jack Graham in the forwards, both of whom were prominent in most of what Annan did well.

And also to 2nd XV stalwart Scott Muir who turned our for his 100th match in Annan colours. Congratulations Scott from all Annan RugbyF

Finally thanks again to Colin Warrick for stepping up at the last minute to give 40+ guys a run about in the sun. 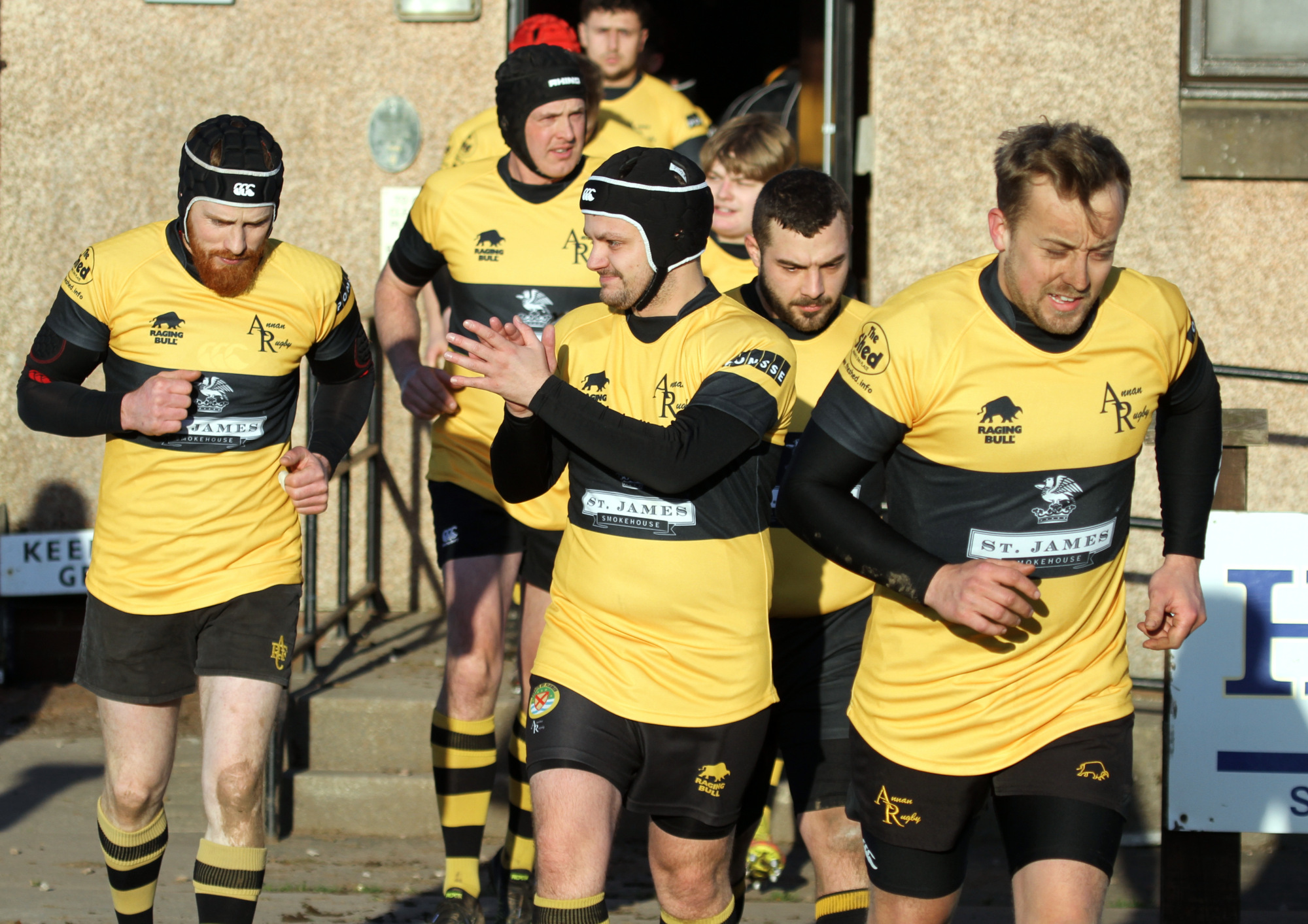 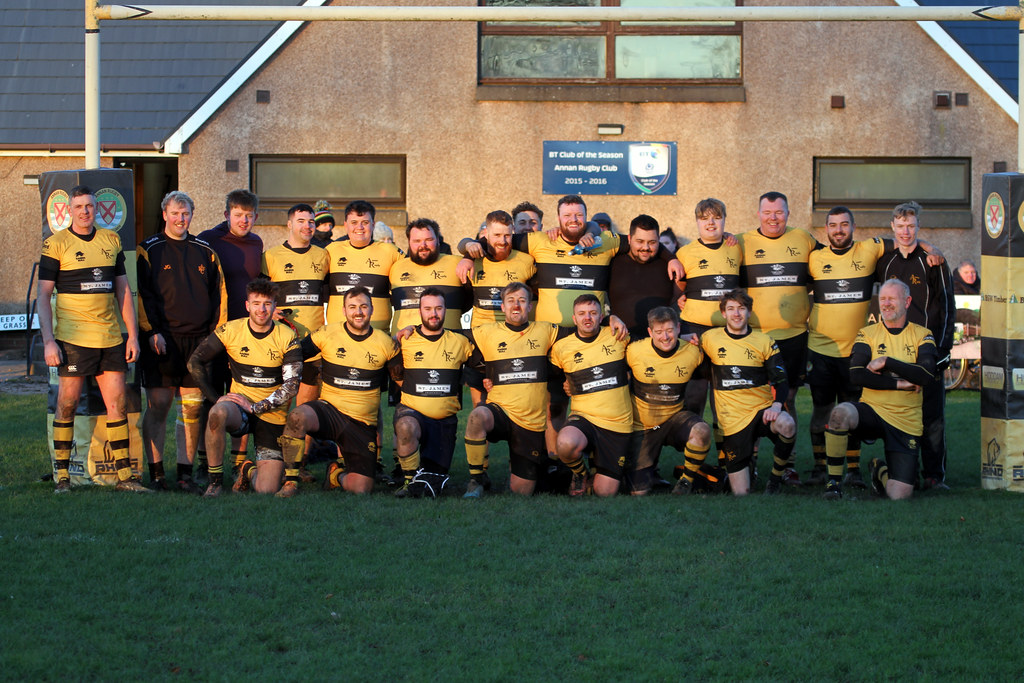 The 3 Annan tries from the match