On Saturday 16th October Annan 2nd XV entertained Cumnock 2nd XV at Violetbank for not only their first home league fixture of the season, but first since December 2019.

After a heavy defeat the previous week away to the league leaders and with a number of boys returning after injury and other commitments, the boys were hopeful they could put in a good performance on home turf.

Well any concerns they or the home support may have had were dispelled on kick off with a fired up home team taking it to the visitors.

This pressure told a few minutes later when after a successful home lineout, the ball was passed to wing forward Zac Lockerbie who used his speed and strength to breenge through the Cumnock defence from just inside his own half, being stopped 10 metres from the line.

After a couple of phases scrum half George Forrest went on a similar albeit mazy run committing the final defender in front of the post and offloading to number 8 Callum Taylor to score between the uprights. Scott Muir adding the 2 points.

This roused the Cumnock XV and from the kick off they regained possession and used their forwards to set up a series of pick and drives eventually scoring towards the right touchline.

Cumnock going further ahead a few minutes later when the ball was put out to their speedy left who skipped through the wide Annan defence for an converted try and to take the lead in the game.

From the resultant kick off Annan regained possession and at a breakdown wide left, just inside the opposition half, some quick thinking by George Forrest and good communication saw the ball being passed to the blindside wing Alex Jones who took off at full speed, beating his counterpart and the opposition fullback in the process to score a good wingers try, which was unconverted.

Annan went further ahead a few minutes later when after a scrum and some phase play the ball arrived at that man Zac Lockerbie who from a similar position to the lead up to the first try. he burst through the initial defender and then went on a similar breenging run direct to the try line where after brushing off several defenders and leaving them in his wake he dived over for a well deserved score. Which wasn’t converted.

From the kick off Annan took control and a good run by vice captain on the day, Calum Smith saw the ball being recycled quickly from a tackle in front of the opposition posts for 2nd row Craig Bell to score. Scott Muir adding the conversion.

Annan then scored a further two almost identical tries through centre Declan Ferguson, resulting from another two big carries by that man Lockerbie which on his being halted were quickly recycled out to the try scorer to burst through from 20+ metres. Scott Muir adding one conversion.

Following an attacking Cumnock Scrum about 15 metres from the home line, Winger Alex Jones pounced on a dropped ball by his counterpart, kicking the ball ahead into space, following his kick at speed and putting a further two kicks in as he went, with ball control many a pro footballer would be proud of, he outstripped the Cumnock defence to cover the length of the field and score his second and a fine individual try.

The final score of the game came fittingly from yet another Zac Lockerbie run, this time from 10-15 metres inside his own half when he was eventually brought down around the opposition 22 the ball was quickly recycled at the ruck, taken on by Scott Muir, who passed to put that man Declan Ferguson in for his third of the day under the posts. Duly converted by James Kirby.

A well deserved win for the 2’s, who after getting some personnel back and boys being able to play in their usual positions were able to show what they could do. That said there is still room for improvement and if a regular cohort of the team can be available each week and more importantly train regularly together then this team can turn into a very competitive outfit.

With the 1st XV also winning well a good day all round for the senior men’s squads, particularly bearing in mind there were a dozen plus players, the majority of whom have first XV experience, unavailable on the day through injury, illness, work or other commitments.

There were a few good performances on the day, with Declan Ferguson, George Forrest and Alex Jones being the cream of the crop, however the man of the match could only go to one man, Zac Lockerbie, not only for his numerous carries and well deserved try but for his overall performance, he was equally as physical and impressive around the tackle and break down area. Take a bow young man and if you can train hard and replicate that performance week in week out, it wont be long till your showing your talents in the 1st XV.

Thanks to Cumnock 2nds for the game a good luck for the rest of the season. 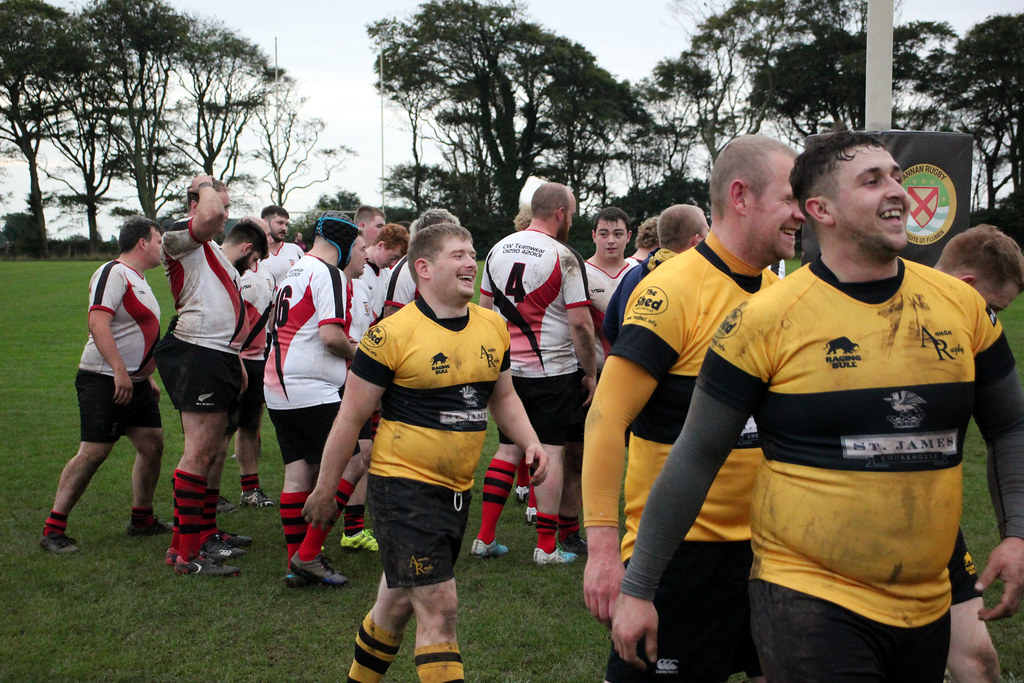